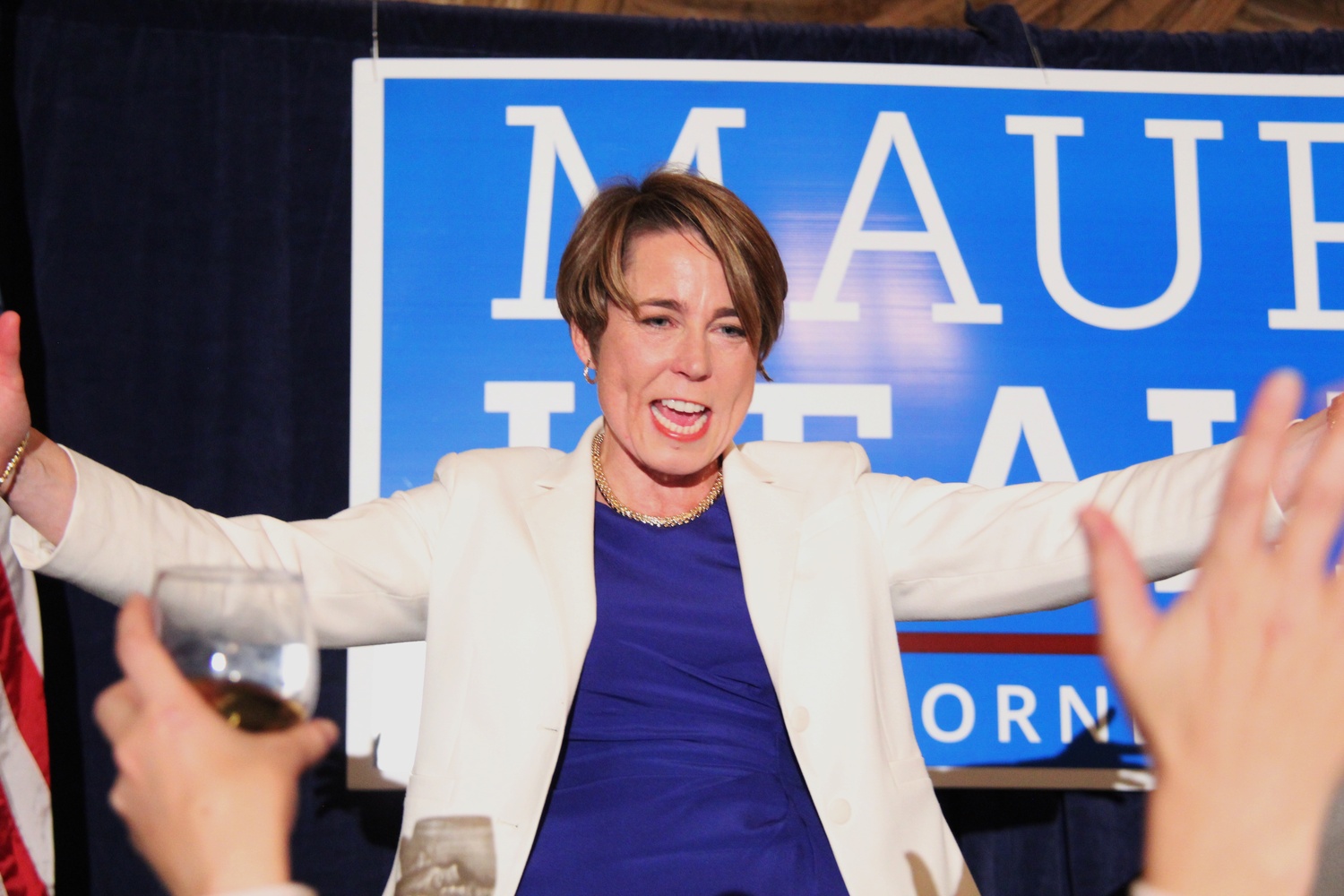 Healey, a Democrat, defeated Republican opponent John Miller by capturing 62.9 percent of the statewide vote, according to the Associated Press, with 90 percent of precincts reporting. Healey was a co-captain of the Harvard women's basketball team while at the College.

With seven years of experience serving in the attorney general's office under Martha Coakley as chief of the civil rights, public protection, and business and labor bureaus, Healey ran on an activist platform with emphasis on civil rights, consumer protection, and economic and housing inequality. She defeated state senator Warren Tolman in the Democratic primary in September.

"As Attorney General, I'm going to be the people's lawyer, and I'm going to be your advocate," Healey said to a crowded room of supporters at the Fairmont Copley Plaza in Boston Tuesday night. "I need your help in all the challenges that we'll face ahead. Together, I know what we've already accomplished together, and I know what we can accomplish ahead."

"Maura didn't start with big pocket donors, but she has something more important: she had experience and she had the courage to run," Cowan said. "And she had you—she had all of us—she had the energy that only comes from a truly grassroots campaign. And what a campaign it has been."

In her speech, Healey, who several times referred to herself as "The People's Lawyer," reiterated her commitment to fighting for the progressive issues that she highlighted in her campaign. She also emphasized her strong opposition to casinos within Massachusetts and her advocacy for the repeal of the state's gaming laws. "I'll hold their feet to the fire," she said.

"I am really excited to see an openly gay woman in this position," said Jeffrey R. Nagengast, a Healey supporter who attended the watch party. "As a gay male, I am really proud to have Healey as attorney general."