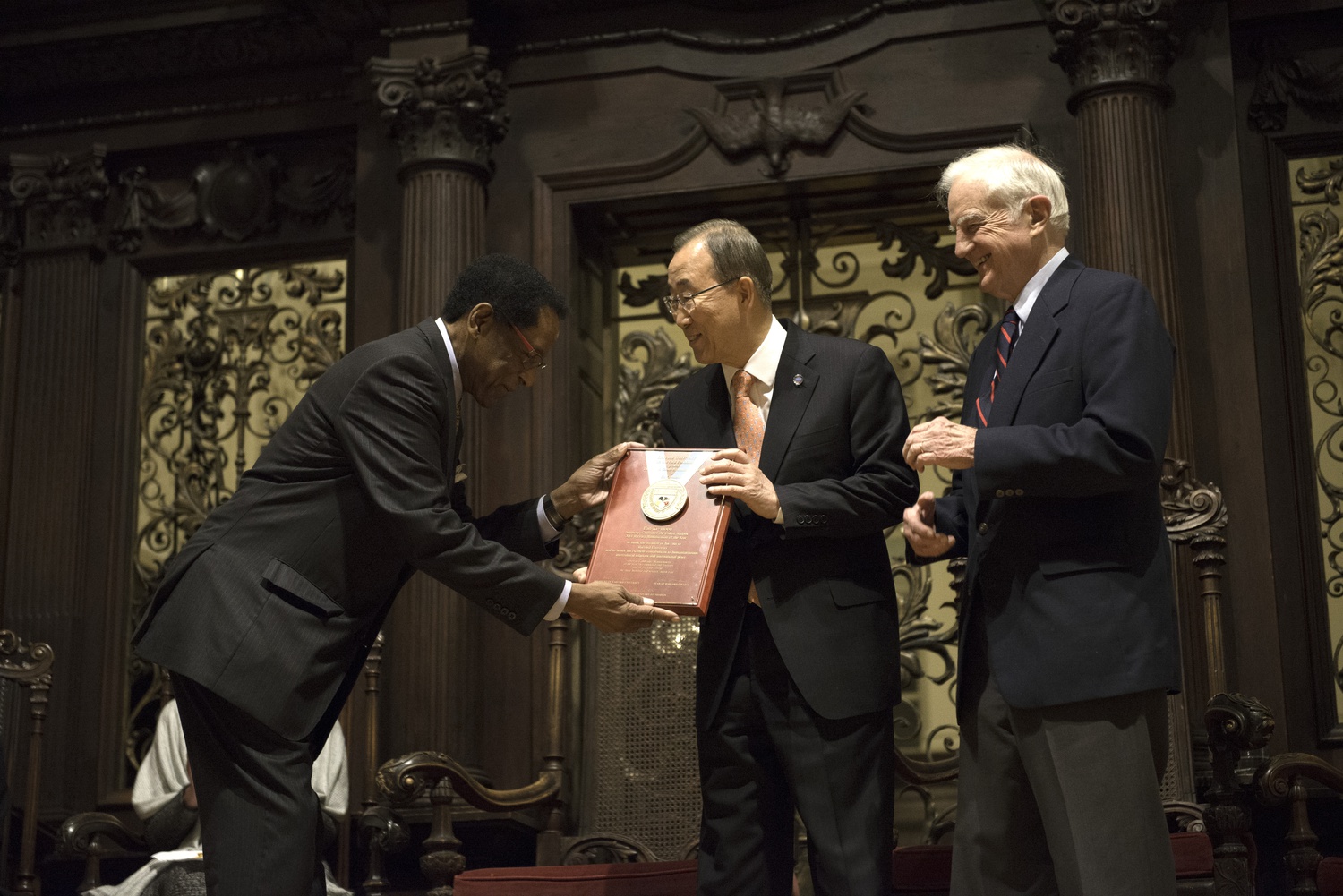 “This is a great day for Harvard,” said Harvard Foundation director S. Allen Counter, who presented Ban with the award. “The United Nations can be seen as a ship of hope.”

Counter recognized Ban as the captain of this ship—a pioneer on issues of conflict resolution in areas such as nuclear non-proliferation, human trafficking, and sustainable energy reform.

Ban began his remarks by joking that he was not the most famous Korean to visit the University after learning that pop star Psy had delivered a speech there last year, adding that he would keep his speech short because he remembered the stress of December exams.

Quickly, however, Ban took on a more serious tone. Ban argued that the world has made progress on several pressing issues, but he called for increased cooperation between nations to address them further. He repeatedly called on Harvard students and faculty to actively engage in conversations about those issues through means such as research.

“You are not the only ones being tested in this world,” he said. 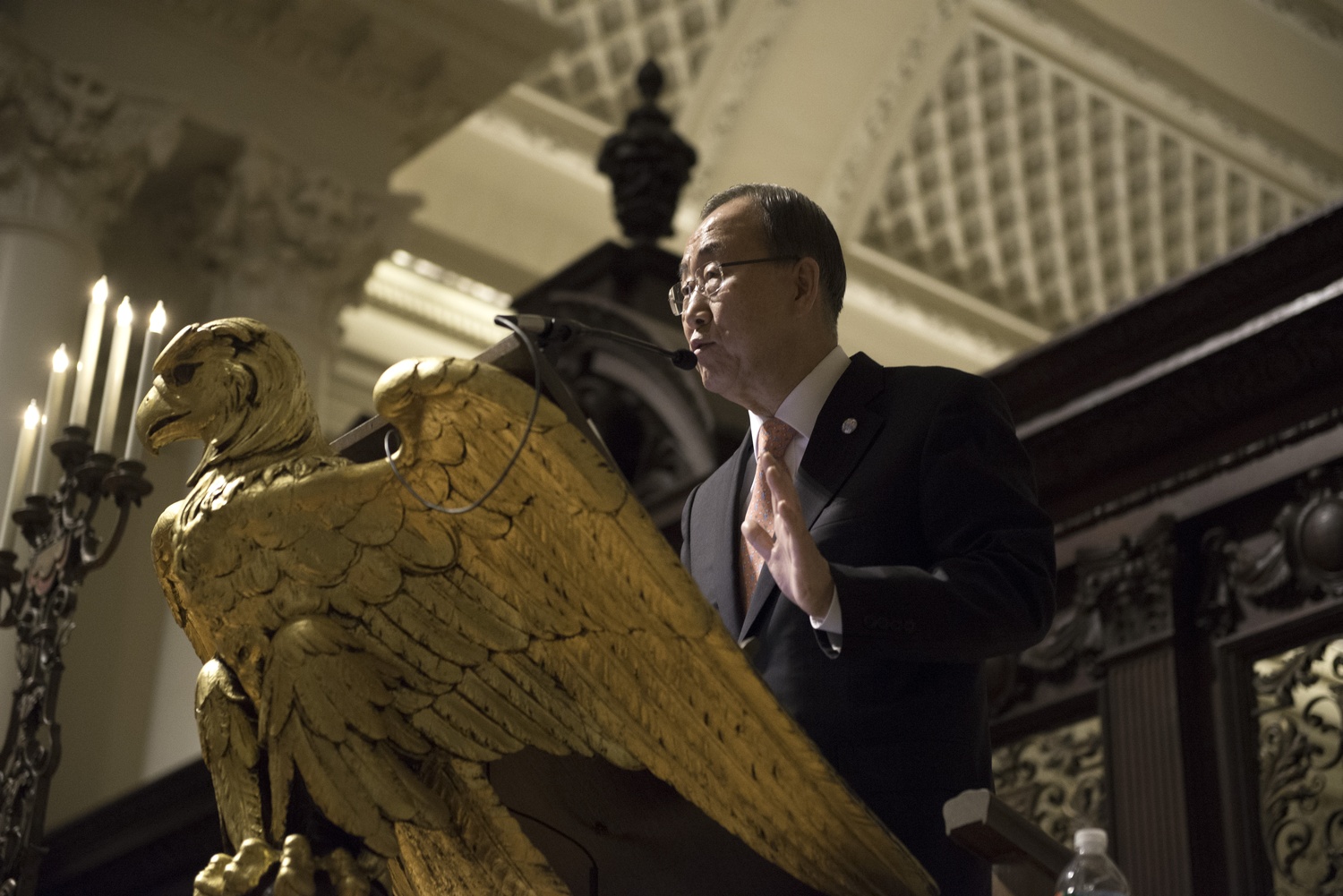 Ban Ki-Moon accepts the Harvard Foundation Peter J. Gomes Humanitarian Award as the 2014 Humanitarian of the Year on Tuesday in Memorial Church. Moon delivered a speech calling Harvard to action in supporting his efforts with the United Nations. By Alana M Steinberg

Specifically, Ban encouraged Harvard students and faculty to use their research skills and the institution’s prestigious reputation to put the issue of climate change and nuclear development at the forefront of academic debate.

“We are the last generation that can stop global warming before it’s too late,” he warned, praising President Barack Obama’s recent deal with Chinese leaders on the issue, but also urging faster action.

On the issue of nuclear disarmament, Ban said, “The world remains over-armed, and peace remains underfunded.”

Addressing other global issues, Ban argued that millions of people still live in “deprivation” today, while human trafficking, violence against women, and discrimination remain pervasive. He criticized, for example, international leaders’ reactions to the Rwandan genocide of the 1990s; world leaders said that such a tragedy would happen “never again,” he argued, but have since gone on to ignore other atrocities today.

“There are still huge gaps between people in peril and actions taken to protect them,” he said.

Ban addressed other topics as well, including the recent Ebola outbreak. He again urged Harvard faculty and students to continue their research efforts, this time to understand and study the virus. He also said that international cooperation is essential to end its transmission.

Ban’s remarks, which were received with a standing ovation, ended with yet another call on Harvard to help address the global issues he had discussed.