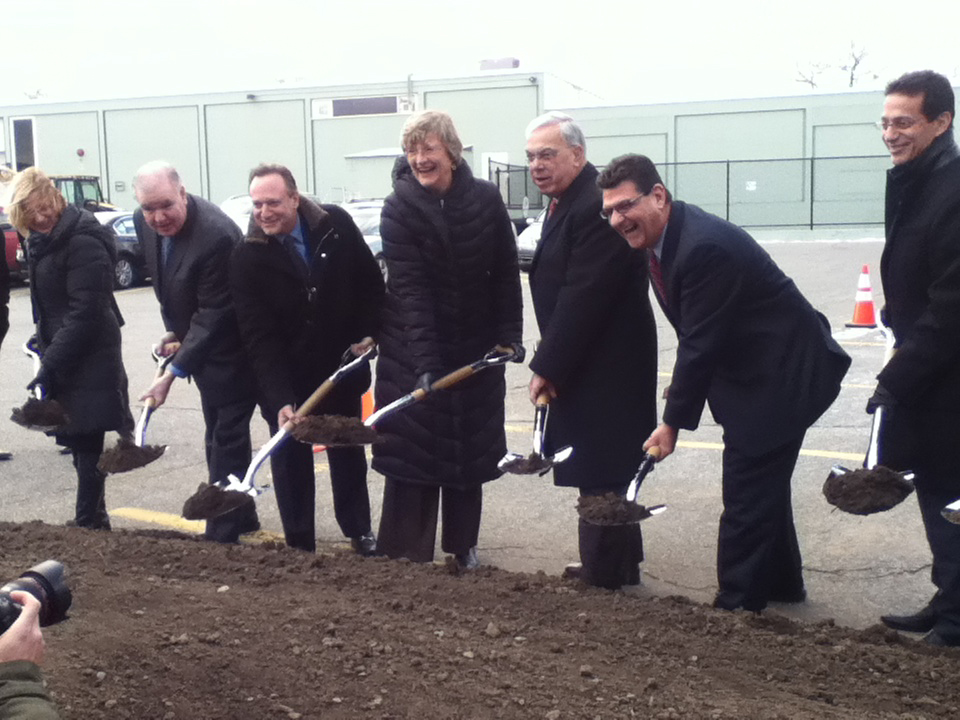 In response to Allston residents’ concerns, University representatives promised to maintain an unobtrusive presence as construction ramps up in the area in 2014. They also shared a more detailed development calendar for Allston projects.

About 60 Allston residents and Harvard affiliates gathered in the Honan-Allston Library Wednesday night for the first Harvard-Allston Task Force meeting in over two months.

At the meeting, Harvard representatives outlined responses to concerns of Allston residents noted in previous task force meetings and discussions, including rodent control, contractor parking, and trucking routes during the next years of construction.

Site work and construction for numerous projects included in Harvard’s ten-year, nine-project Institutional Master Plan have already begun or will begin in coming months. The IMP, approved by the Boston Redevelopment Authority in October, includes 1.4 million square feet of new construction and over 500,000 square feet of renovation.

By Ivan B. K. Levingston

“This is a downpayment on a huge future for this community,” Casey said. “We’re bringing in people with experience to make sure this is done right.”

Current University projects include renovations to the entrance to the Bright-Landry Hockey Center and site work at the corner of Western Ave. and North Harvard Street, the future home of the Barry’s Corner Residential and Retail Commons, a development that will contain 325 apartment units as well as 45,000 square feet of retail space.

This spring, construction teams will begin inspections and environmental testing on numerous sites to ready them for construction while beginning demolition on others, according to University representatives. They will also develop open green spaces for public use before summer.

Task Force Chairman Raymond V. Mellone pushed Harvard to do more than make promises that residents’ concerns would be addressed.

“You have to be convincing about your good intent,” he said.

Allston residents raised concerns Wednesday that rodents will spread from demolished buildings to their nearby homes and businesses.

Identifying Harvard as a “high-risk property owner,” Edward G. LeFlore, a consultant for the University responsible for construction management, said that “Harvard will have higher standards on rodent control and construction” than standard city practices.

He emphasized that no construction will take place until Boston Inspectional Services declares a site clear of rodents.

Later in the meeting, task force members voiced skepticism about both the University’s plan to prevent contractors from parking on private streets and University promises that construction vehicles will not add to the neighborhood’s traffic burden. Task force member Brent Whelan ’73 requested comprehensive solutions to these problems as Harvard’s construction moved closer to the residential neighborhood.

LeFlore reiterated the University’s commitment to low-impact construction in Allston. All vehicles associated with Harvard-run projects will be required to drive specific routes that do not enter residential areas.

“If contractors park in the neighborhood, and we find them, they don’t work with Harvard anymore,” he said.

Despite these persisting concerns over the numerous construction projects scheduled for North Allston, some residents remained supportive of Harvard’s development plans.

“You know the neighborhood better than any developer,” Allston resident Jane McHale said to Harvard representatives. “You know what we want.”