Students Raise Concerns About Their Involvement in Honor Board, Honor Code Approval Process 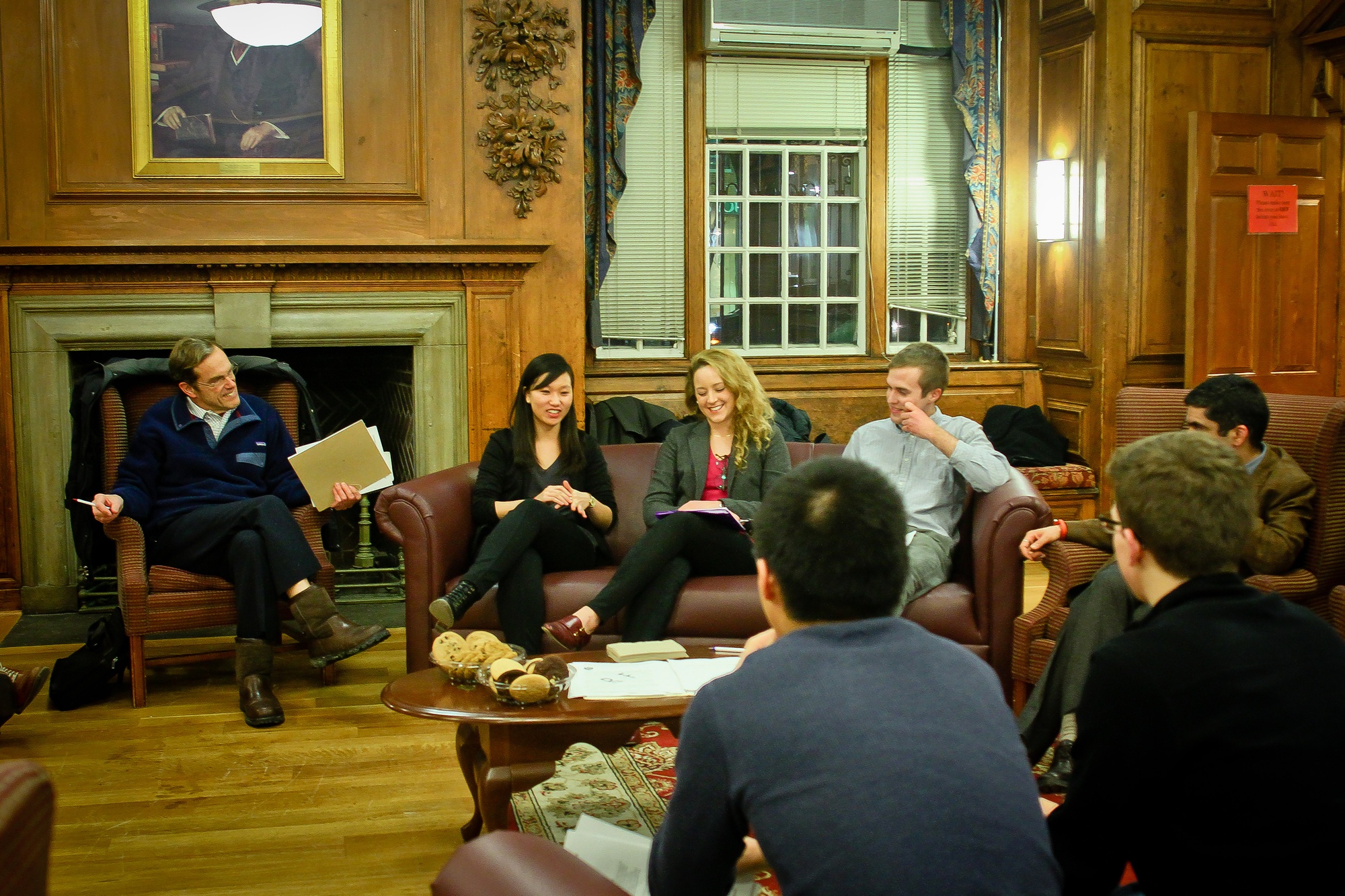 The Academic Integrity Committee came together in Straus Hall's Common Room one last time Tuesday night to give students the opportunity to discuss and provide feedback on the newly drafted Honor Code.
By Madeline R. Conway and Steven S. Lee, Crimson Staff Writers 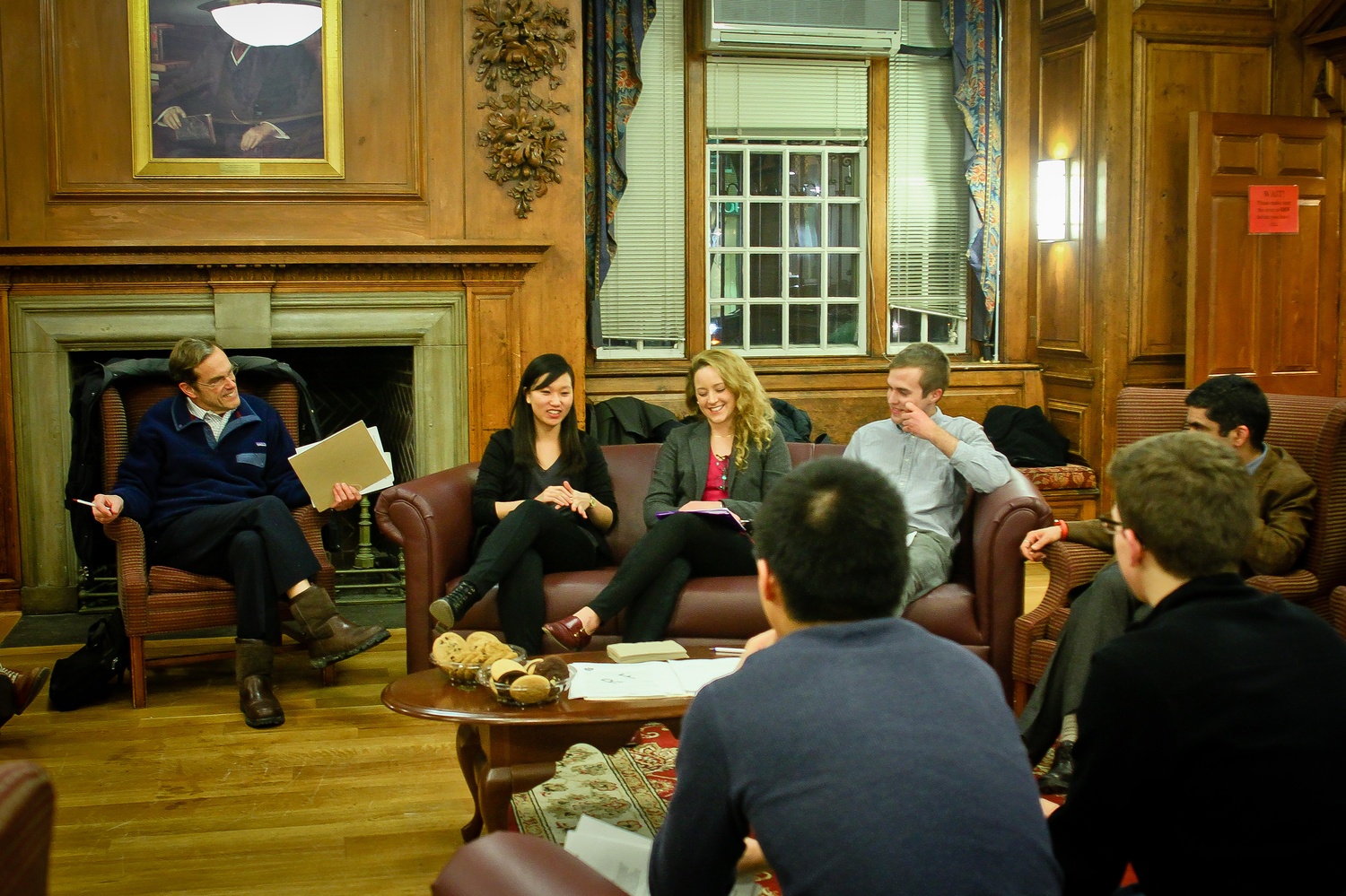 The Academic Integrity Committee came together in Straus Hall's Common Room one last time Tuesday night to give students the opportunity to discuss and provide feedback on the newly drafted Honor Code. By Shunella Grace Lumas

In a series of student feedback meetings over the last week about what may become the College’s first-ever honor code, undergraduates raised concerns about their involvement in the approval process of the honor code and the judiciary board it would create.

The honor code draft was first laid out at a Jan. 28 meeting by student members of the Academic Integrity Committee. The draft includes an “affirmation of integrity” for students to sign on academic work and outlines the setup of a student-faculty honor board, separate from the existing Administrative Board, that would hear cases of academic dishonesty. Half the board’s membership would be students.

At last Thursday’s meeting, held in Kirkland, several students raised questions about the selection process for student members of the board. The current draft suggests that student honor board members be selected through a nomination and interview process rather than through a popular election to allow students “who might be less inclined to engage in any competitive election” to also be involved on the board.

Undergraduate Council President Gus A. Mayopoulos ’15, drawing from his personal experience in high school, asked why the Academic Integrity Committee opted for an honor board populated by students selected for the role instead of an “honor jury,” where students from across the College would be selected at random to hear academic integrity cases.

“I went to a high school with an honor code,” Mayopoulos said later on at Thursday’s meeting. “It seemed strange that there were six people in the whole school who were deemed appropriate to judge on others.”

Jonathan G. Jeffrey ’16, one of the student organizers of the feedback sessions, said that one of the main problems with implementing an “honor jury” would be providing the training needed to serve on an honor board to the entire student body.

Another attendee, Christopher B. Farley ’16, a Crimson editorial and business editor, said that students should have a say as to whether their case is heard before the Ad Board or the proposed honor board. If the honor code draft were implemented in its current form, the dean of the College has the authority to decide which body would hear a case that does not fall clearly under one’s jurisdiction.

“It’s important that students have some sort of a choice in terms of whether or not their confidential information will be presented in front of their peers, or in front of another board,” Farley said.

Others disagreed with Farley’s position, saying that in a system built around “trust” in their peers students should not be allowed to opt out.

Students at Thursday’s meeting also expressed concern about the fact that the honor code does not have to be approved by the student body before adoption. As it currently stands, in order to become policy, a draft of the honor code would have to go before the full FAS faculty for a vote. On Tuesday afternoon, faculty members discussed the draft at their monthly meeting, but they have yet to vote on it.

In addition to raising concerns about the roles that students and faculty members would play under the honor code, students who attended the meetings discussed details about the proposed policy itself. For example, at last Wednesday’s meeting in Cabot House, committee members and the two students in attendance discussed how often College students should be required to sign the integrity statement.

At all four of the feedback sessions, Academic Integrity Committee members framed the honor code as a way to ignite a discussion on campus about academic honesty. The group first proposed the honor code in April 2013.

Cabot House Co-Master Rakesh Khurana—a member of the committee, who was tapped last month to serve as the next dean of the College—echoed this sentiment at the most recent session in Straus Hall on Tuesday evening. He also spoke about the pressures that students face that might cause them to make poor decisions.

“As a House Master, one of the hardest things for me is when I see some of my students get in trouble, because everybody is a good person,” Khurana said. “What happens is that you can create conditions in which good people don’t do the right thing, and there’s a lot of things that we have to be more conscious of.”