Harvard Makes Admissions Offers to 5.9 Percent of Applicants to the Class of 2018 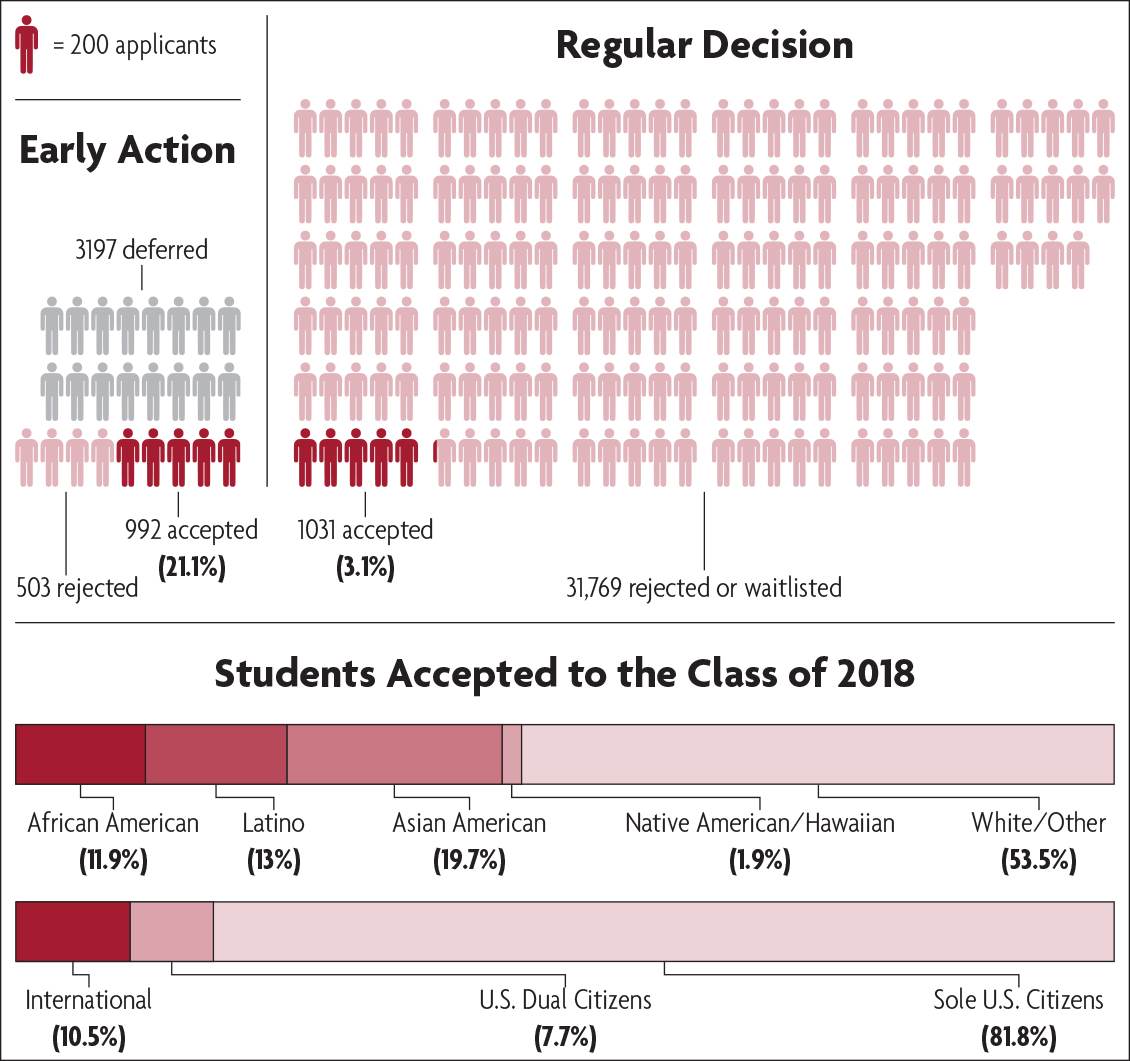 After seven years of continuous decline in its admissions rate, Harvard College announced Thursday that it has accepted 2,023, or 5.9 percent, of 34,295 students applying for admission to the Class of 2018—a slight increase from previous years.

At 5 p.m., the Office of Admissions and Financial Aid will send emails to 1,031 regular applicants receiving offers. Nine hundred ninety-two students were also admitted to the class through the early action program.

“The Class of 2018 reflects the excellence achieved by the students of an increasingly diverse America,” said Dean of Admissions and Financial Aid William R. Fitzsimmons ’67 in a press release. “Attracting such students to the College is vital to Harvard’s mission of educating the future leaders of our nation.” 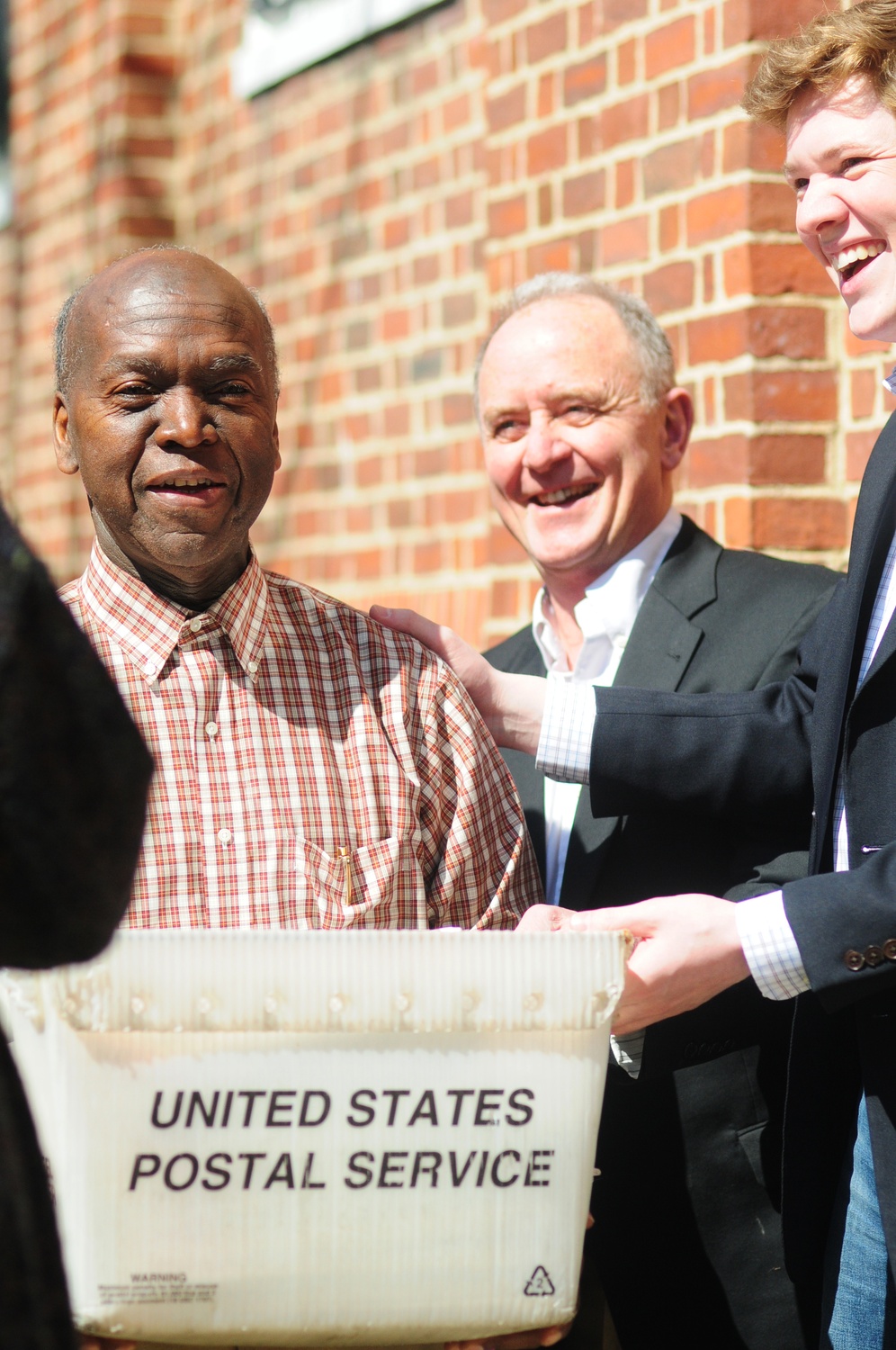 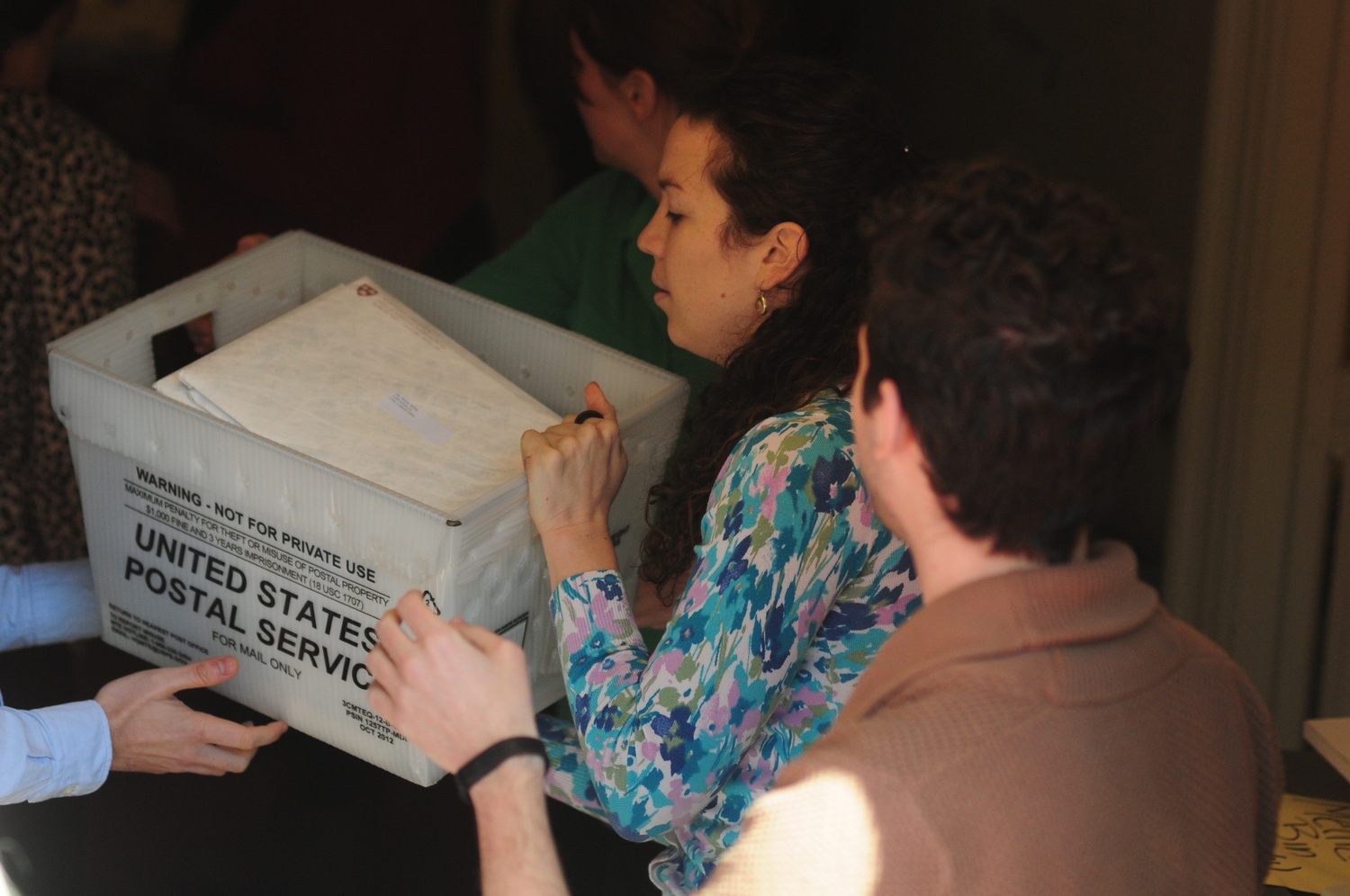 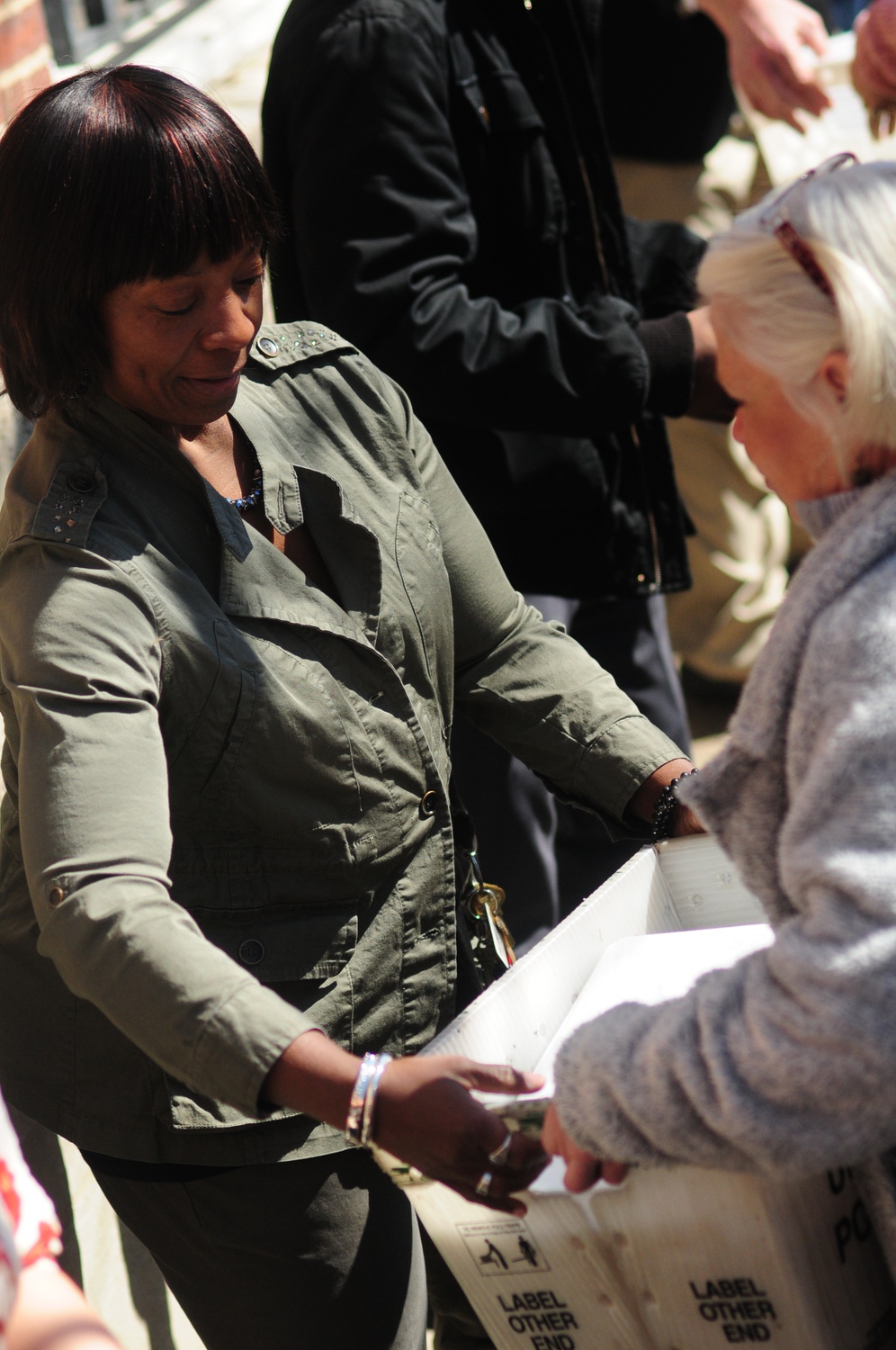 Acceptance Letters - Harvard acceptance letters are sealed by members of the Office of Admissions and Financial Aid prior to being mailed off. 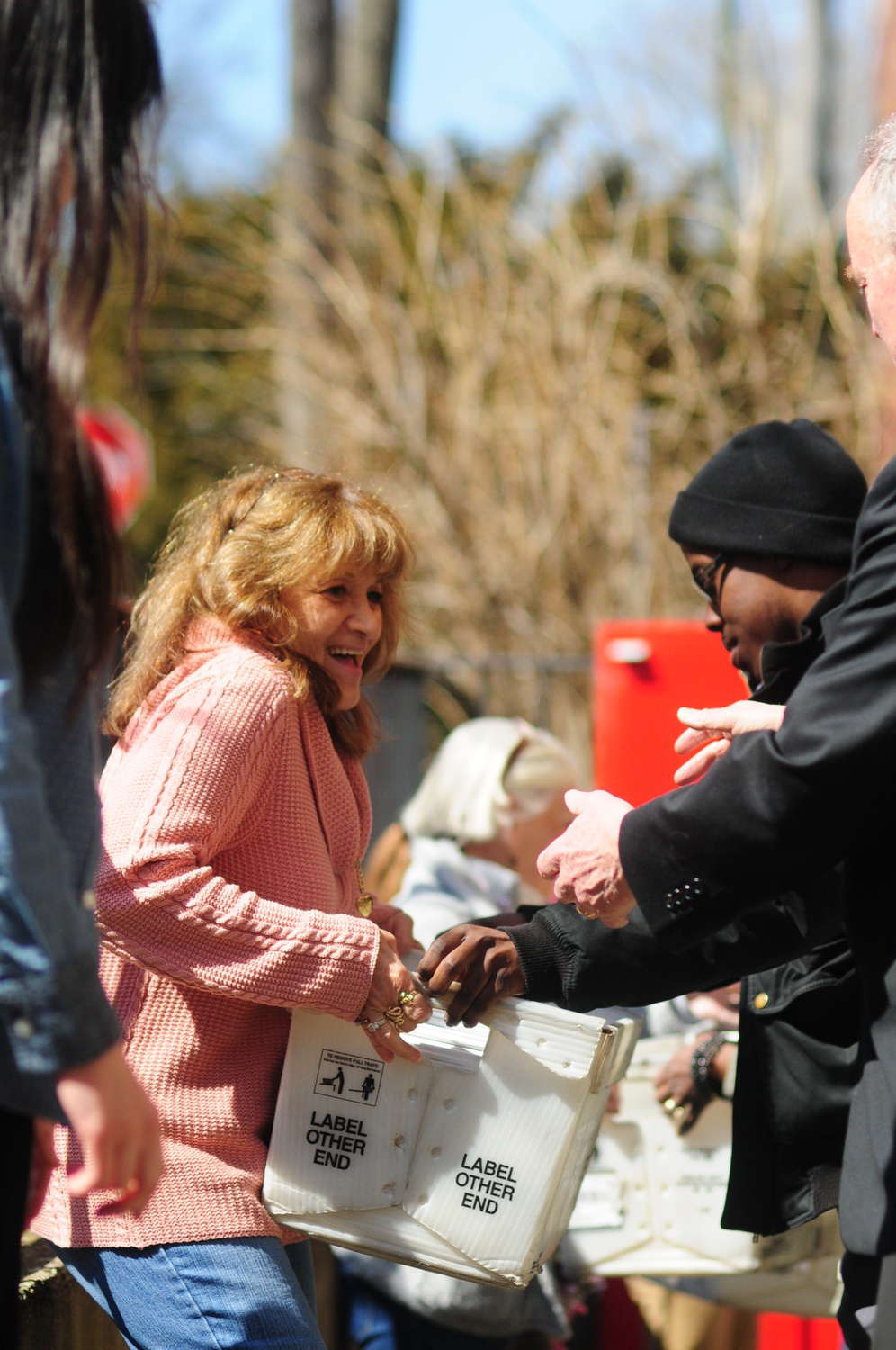 Fifty-five percent of those admitted are male. While Fitzsimmons said in an interview that the gender breakdown is more tilted towards males than in previous years, he added that the Office of Admissions received more applications from males than females. He also added that growing interest in concentrations at the School of Engineering and Applied Sciences that are more frequently studied by men than women, such as engineering, physical science, mathematics, and computer science, have generated more applications to Harvard from males.

7.9 percent of applicants opted to mark their prospective concentration as undecided this year, more than double the three percent that did so last year. In light of this increase, Fitzsimmons said that it is hard to tell exactly how the the class breaks down in area of interest compared to previous years. He did note that 90 students expressed interest in computer science this year, compared to about 56 last year—a 60 percent increase.

According to Fitzsimmons, early estimates indicate that nearly 60 percent of those admitted will be awarded some type of financial aid or assistance.

“Harvard’s revolutionary financial aid program led a large number of our admitted students to apply,” Fitzsimmons said. “Many were surprised to learn that for 90 percent of American families it costs the same or less to come to Harvard compared to public universities.”

Harvard acceptance letters are sealed by members of the Office of Admissions and Financial Aid prior to being mailed off. By Shunella Grace Lumas

Visitas—the College’s admitted students visit weekend which was cancelled last year in light of the Boston Marathon bombings—has been planned for the last weekend in April. Fitzsimmons said that although the program did not occur last year, the Admissions Office learned beneficial techniques to reach out to students through social media.

“It was a very difficult time last year, but I think we learned a lot and some of our students really stepped up,” Fitzsimmons said. “We are going to leverage that enthusiasm and approach this year.”

A number of other Ivy League institutions are expected to release admissions decisions Thursday. The University of Pennsylvania announced yesterday that it admitted 9.9 percent of its 35,868 applicants, a record low acceptance rate.

Students have until May 1 to accept an admissions offer.