Nickel-Old-Eon: Examining the Deeper Messages in Our Childhood Cartoons 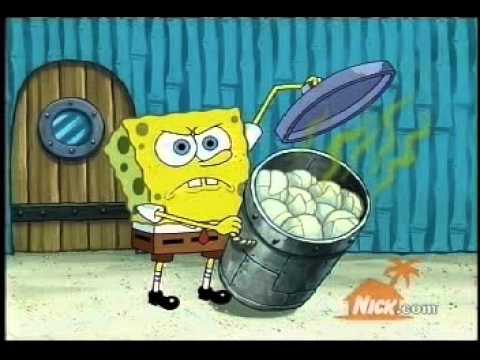 Suddenly, it has been over a decade since many of us sat in front of our televisions and watched, enraptured, as the brilliant cartoon creations churned out by Nickelodeon and Cartoon Network flashed before our eyes. In that time, the societal climate has shifted dramatically, in terms of both values and purely artistic concerns. Arts Blog examines the lasting values and influence of iconic episodes and attempts to contextualize them “in a modern lens.” This week, we examine the classic “Rock A Bye Bi-Valve”

On March 29, 2002, Nickelodeon aired an episode of “SpongeBob Squarepants” that made its exuberant, yellow protagonist the subject of controversy and outrage for conservative and Christian groups. In this episode, SpongeBob and his best friend, a male starfish named Patrick, adopt a baby scallop and raise it together under one (pineapple) roof. Some critics interpreted the episode as a depiction of gay adoption and decried it as an attempt to normalize homosexuality to young audiences. It’s questionable to accuse a children’s cartoon series of an underhanded political agenda, especially since the series’ creator, Stephen Hillenburg, has stated that the spongy protagonist is asexual. However, some aesthetic and narrative aspects of “Rock a Bye Bi-Valve” point to both forward-thinking and frighteningly reactionary rhetoric.

Though the episode’s controversy stems from accusations of a pro-gay agenda, it is debatable how progressive “Rock a Bye Bi-Valve” actually is. When the episode originally aired in 2002, gay marriage was illegal in every American state. Patrick and SpongeBob’s decision to raise the scallop and respectively take the roles of mother and father is not only less shocking in 2014 but also appears regressive. Patrick and SpongeBob’s need to decide who shall be the scallop’s mother and father even though both are male illustrates the pair’s internalized notions of the nuclear family. Even though Patrick volunteers to be the mother, SpongeBob says that would not be possible since Patrick “never wears a shirt.” Extending SpongeBob’s gender-normative logic, Patrick admits, “If I was a mom, this would be kind of shocking,” as the camera zooms out to reveal his hairy chest and paunch.

Even if the episode truly depicted gay marriage, it would represent a gay marriage that implicitly follows heteronormative expectations by having both male individuals conform to a gender binary. When Patrick and SpongeBob are shown quickly adapting to their assigned roles in a parenting montage, their quaint attire—a bow tie and boater hat for Patrick and a polka-dotted dress and parasol for SpongeBob—underscores the societal gender norms they copy. The pair even sleeps in separate beds, with SpongeBob sleeping on top of two mattresses and Patrick sandwiched between them.  Though this could be a matter of preference since Patrick typically sleeps under a rock, this choice echoes old sitcoms in which married couples slept in separate beds in order to avoid the issue of sex. It’s even possible to view SpongeBob and Patrick as the aesthetic predecessors of fictional television couple Cam and Mitchell Pritchett from “Modern Family,” whose lack of physical intimacy has been noted by critics.

The episode, however, does show some progressive leanings in illustrating how this gendered parenting dynamic leads to strife in SpongeBob and Patrick’s relationship. When Patrick and SpongeBob wear their normal attire, their interactions with Junior are more positive and equal, suggesting that the familial unit can function without restrictive gender norms. However, since SpongeBob is the “mother” and Patrick is the “father,” SpongeBob is assigned the role of stay-at-home parent and Patrick is to be the breadwinner. Given that SpongeBob is employed at The Krusty Krab and Patrick’s career, if any, is unmentioned, this choice seems to be the result of gender-normativity rather than merit or context. This division of labor is quickly shown to be unequal since SpongeBob has to take care of the scallop—at this point formally christened as “Junior”—all day and Patrick neglects to help. Every evening after Patrick returns from work, he makes a beeline for the television, ignoring a frantic SpongeBob who is simultaneously beating a rug, washing a window, ironing a shirt, vacuuming, flipping pancakes, and holding a wailing Junior. When SpongeBob confronts Patrick, he calls him “Mr. Man” angrily, underscoring the inequity of a system where familial duties are delegated by gender rather than equality.

Eventually the tension between Patrick and SpongeBob reaches a critical point when SpongeBob confronts Patrick for pretending to work all day. While they argue, Junior jumps out of a window. Patrick and SpongeBob fail to catch him and wail that they’re “bad parents.” When it’s revealed that Junior has not fallen but rather flown to safety, the image is a reassuring one; Patrick and SpongeBob have managed to raise their child to be a self-sufficient individual regardless of their shenanigans. Though Junior is able to fly away, Patrick proposes to SpongeBob that they should have “another one,” suggesting that this parental strife will come to repeat itself and providing a parting cynical accent to a varied account of domestic pressures.