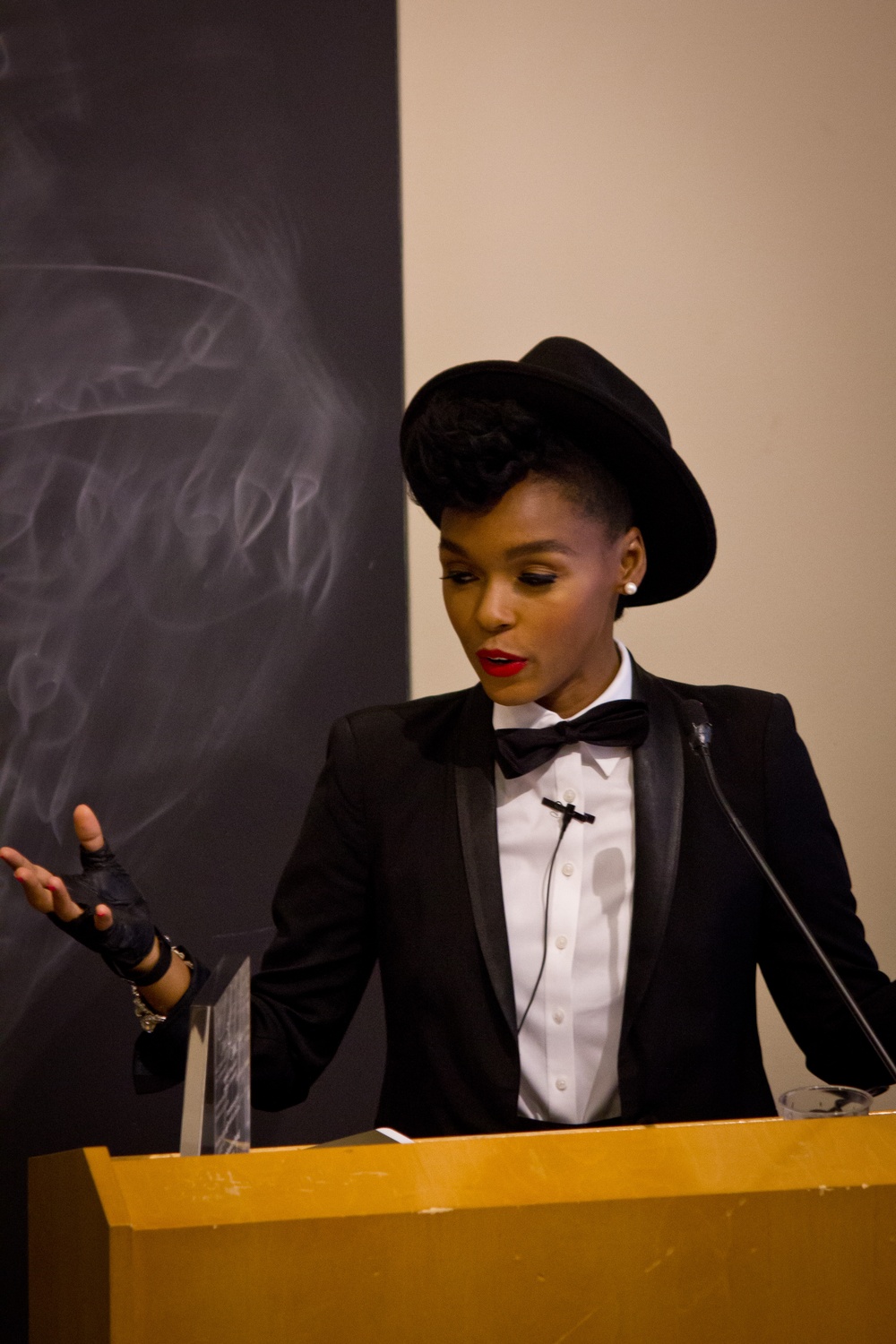 Janelle Monáe, who performed at Yardfest this past weekend, receives The Women’s Center’s Award for Achievement in Arts and Media 2014. At the award ceremony she spoke about different questions of identity, including sex, gender, and sexuality, in her performances. By Tarik Adnan Moon
By Quynh-Nhu Le, Yasmin Moreno, and Joanna R. Schacter, Crimson Staff Writers

Monáe was awarded the inaugural 2014 Award for Achievement in Arts and Media by the Harvard College Women’s Center and was also recognized as the 2014 Woman of the Year by the Black Men’s Forum at their 20th annual Celebration of Black Women Gala. These two campus groups each announced their respective awards in March, and have worked since early fall to coordinate Monáe’s visit to campus with the College Events Board.

“It’s important to highlight the various nuances and intersections of her identity,” Grubb said.

In her introductory speech for the artist, Administrative Coordinator for The Women’s Center Bridget Duffy similarly commended Monáe for highlighting the stories of women and advocating for equality regardless of gender, race, or sexuality.

Duffy later added that she believed the multi-purpose nature of Monáe’s visit to Harvard enriched the experience both for the artist and for Harvard students.

“I don’t think different groups [recognizing Monáe] lessens the awards in any way,” Duffy said. “I think it adds a lot of depth and nuance to someone’s visit to Harvard.”

Monáe shared personal stories about her past at both award ceremonies. During a student-led interview with the Women’s Center that followed the presentation of her award, she spoke at length about her grandmother and mother, both of whom never finished school but whom she credited for her success.

She also revealed that her signature tuxedo stage outfit was inspired by the stereotypical black-and-white housemaid outfit, paying homage to her time as a maid moonlighting as a musician.

“Embrace the things that make you unique, even if it makes people uncomfortable,” she said.

At the BMF gala, where she gave the keynote address, Monáe also noted that the title of her album, “Electric Lady,” did not imply that she was “the” powerful and successful woman but that she was part of a group of powerful women with unique stories.

“I stand among an army of like-minded electric ladies and electric men,” she said.

Sam R. Mendez ’14, who attended the Women’s Center award ceremony, said that the event exposed him to a side of Monáe he did not see at Yardfest.

“You get a certain amount of her ideas and her world views from the lyrics of her music, but you get a little more of her as a person and less of a persona if you get to hear her answer questions and hear her speak about her life,” Mendez said.

—Staff writer Yasmin Moreno can be reached at ymoreno@college.harvard.edu.