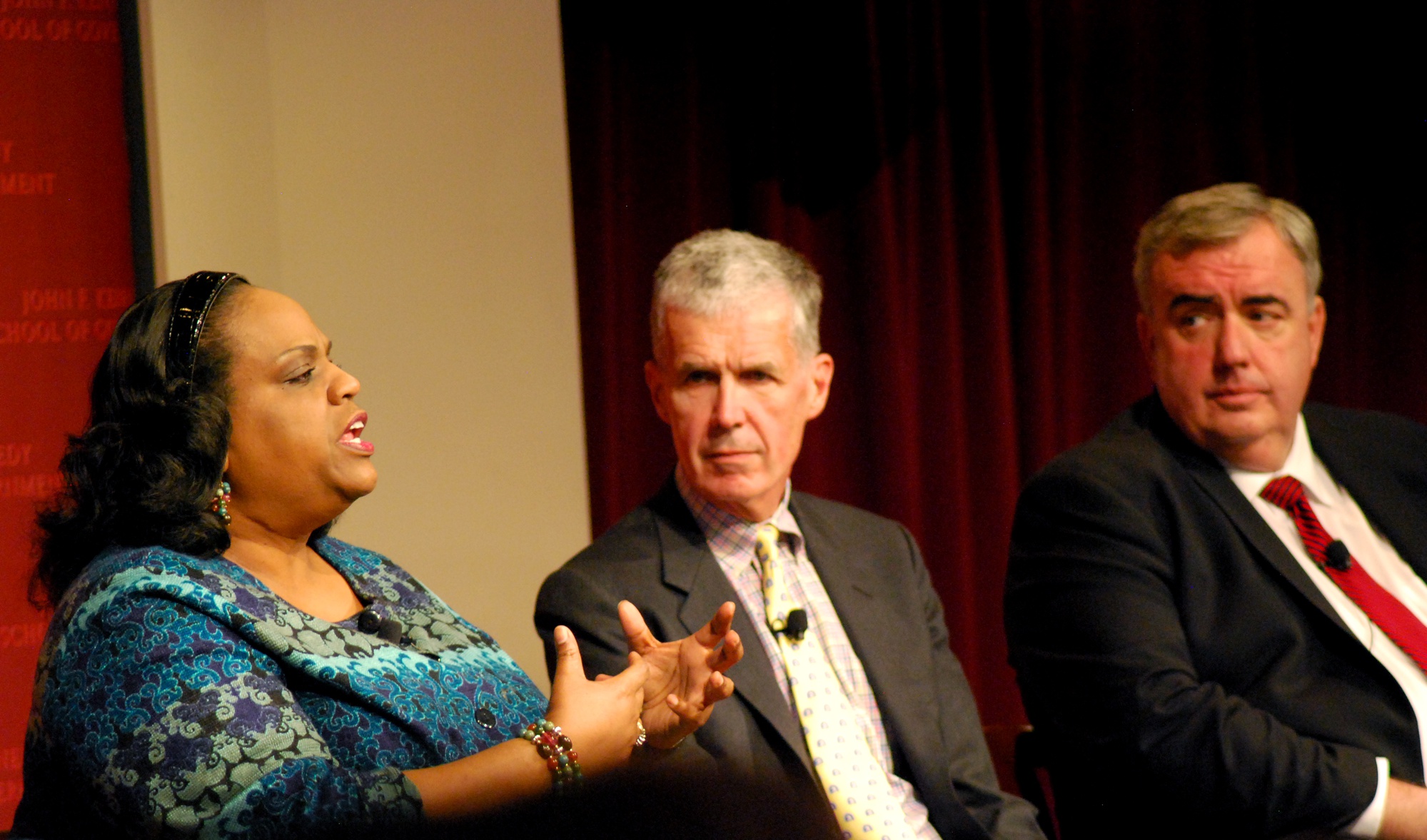 Public Safety Secretary Andrea J. Cabral discusses the importance of balancing the levels of security and comfort of the patrons at the annual marathon.
By Conor J. Reilley, Crimson Staff Writer 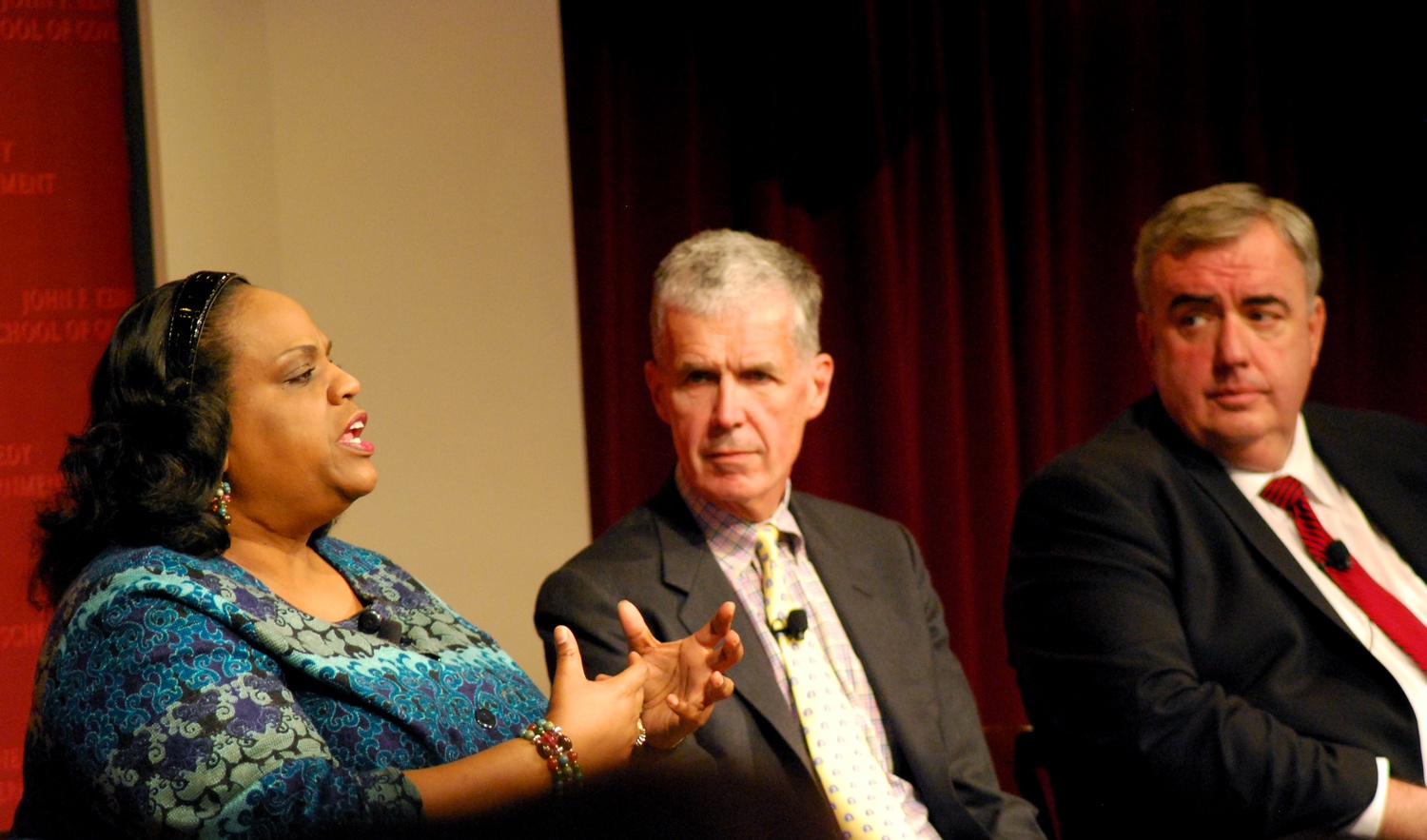 Public Safety Secretary Andrea J. Cabral discusses the importance of balancing the levels of security and comfort of the patrons at the annual marathon. By Pilar I Fitzgerald

Key players involved in organizing the law enforcement response to last year’s bombing at the Boston Marathon discussed their strategy during the incident and its implications for security at this year’s marathon during a panel discussion in their honor at the Institute of Politics Wednesday night.

Panelists did not specifically mention what additional security measures would be in place at the marathon next Monday, but they confirmed that there would be heightened law enforcement presence at the event, as well as counseling staff at hydration stations placed every mile along the race to assist runners who might have an intense emotional reaction while competing.

There was little concern expressed for Tuesday night’s supposed bomb scare, with panelists attributing the incident to there “being a lot of strange people in Boston.”

“It is remarkable the level of fearlessness we have the luxury of enjoying in this country; this was two people who caused this,” said Massachusetts Executive Secretary of Public Safety Andrea J. Cabral. “The fear that [this event] sprung on people, that this was happening on our soil, I can’t describe to you.”

Cabral was joined on the panel by former Boston Police Commissioner Edward F. Davis, Executive Director of the Boston Athletic Association Thomas Grilk, and Adjutant General L. Scott Rice of the Massachusetts National Guard. Also in attendance were about 40 military and law enforcement officers who were also being honored by the IOP.

When discussion gravitated towards the logistical and emotional challenges of the week following the attack, the panel addressed issues of jurisdiction, vigilantes, and the need for rapid response and improvisation.

“One thing that really strikes me after going through with this is that the old military adage ‘No plan survives first contact with the enemy’ is absolutely true,” Davis said. “The command structure that’s laid out under our guidelines formed a platform, a framework, that allowed us to improvise.”

Davis also noted the extreme level of cooperation between agencies in the aftermath of the incident, claiming that there was “no lack of information, no lack of coordination among the people tactically involved.”

Local, state, and federal law enforcement agencies were all on site during the week following the bombing. According to Rice, 1,000 of the 9,000 members of the Massachusetts National Guard were deployed to the city within the first few days after the marathon.

“One of the things I like to teach and stress to the force, is that there’s something to being at the right place at the right time,” said Rice. “Our goal in domestic is to support all levels of local agencies when they respond… Our job to is make sure that they’re successful—we really talk about that and we really train for that.”

Questions were fielded from the audience on topics ranging from the change in police approach for similar events to student perceptions of law enforcement in the wake of the tragedy.

Event moderator and Harvard Kennedy School professor Herman “Dutch” B. Leonard concluded the events by calling the panelists his “heroes.”