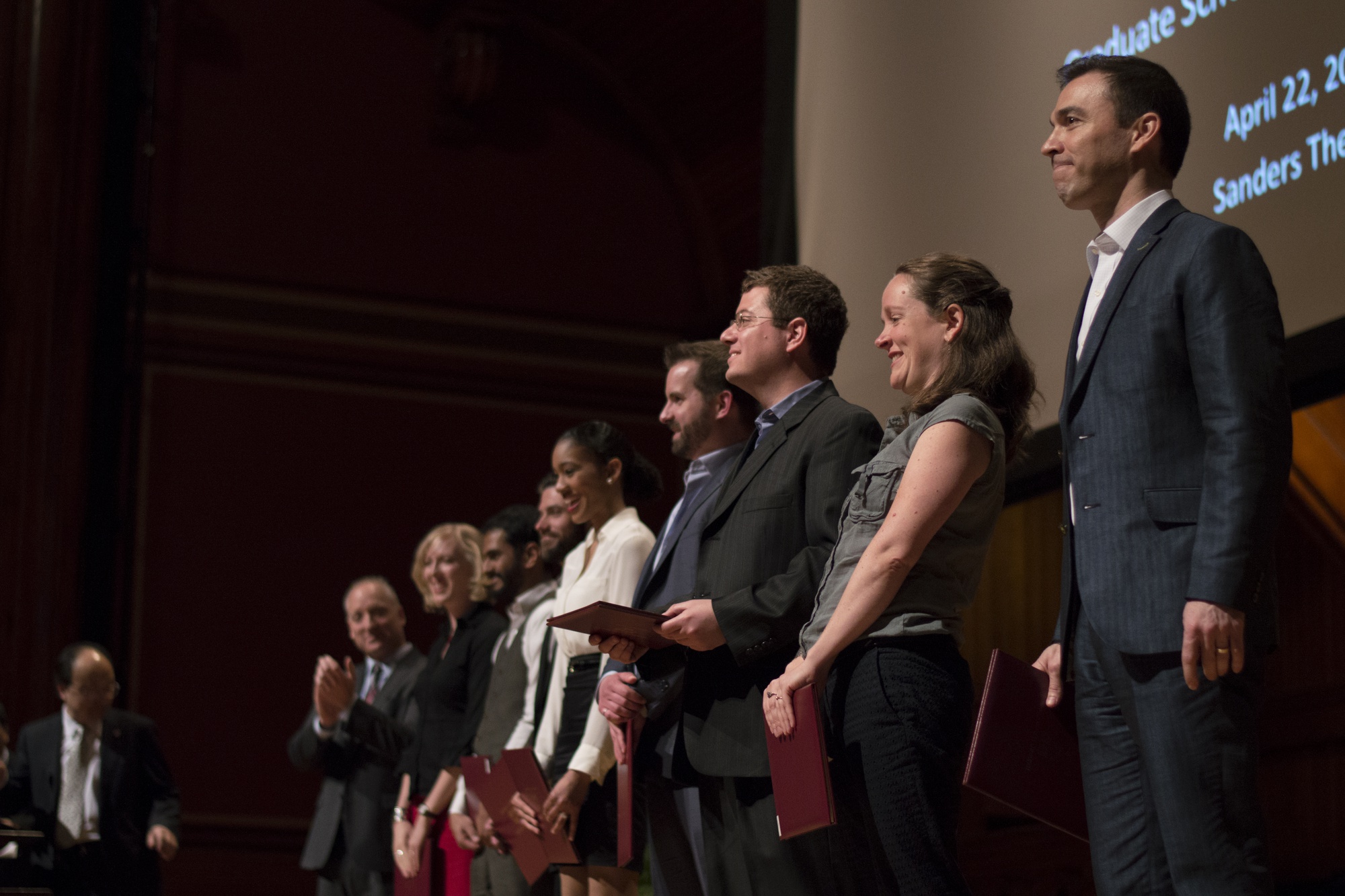 Eight graduate students presented research on topics ranging from methods of locating extraterrestrial life to the possible use of aspirin as a treatment for breast cancer at the Harvard Horizons symposium on Tuesday in Sanders Theatre. The audience included University President Drew G. Faust, Provost Alan M. Garber ’76, Faculty of Arts and Sciences Dean Michael D. Smith, and Xiao-Li Meng, the dean of the Graduate School of Arts and Sciences, as well as other members of the Harvard community.

Students from all academic fields had the opportunity to submit their research in the hopes of being a part of this year’s symposium. After being selected in February from a large pool of applicants, presenters collaborated with advisors, working to condense and communicate their research in five-minute presentations for the symposium.

The presenters chosen by the Harvard Horizons Selection Committee come from a wide array of academic disciplines.

David P. Roberson, a neurobiologist who spoke Tuesday, presented research on “a magic bullet for pain and itch” based on manipulating local anesthetics. Adam Anderson, who studies Near Eastern Languages and Civilizations, spoke about his applications of “big data” techniques to the analysis of ancient Assyrian social networks. Another presenter, Ashok A. Kumar, discussed the use of car batteries to tackle sickle cell anaemia.

Faust praised the students chosen for their hard work and groundbreaking research.

“The Graduate School of Arts and Sciences represents the highest aspirations of higher education,” Faust said. “These are women and men who represent the future of knowledge and indeed the future of universities.”

Audience members interviewed after the symposium said they found the presentations engaging. Some said they appreciated that the program offered people the opportunity to broaden their academic horizons and learn more about fields that they would not have investigated on their own.

“I thought it was really inspiring,” said Shristi Pandey, a graduate student studying genetics at the Medical School. “It was cool to learn about disciplines outside of my own field.”