McCain Calls for Decisive Stance on Russia at Forum 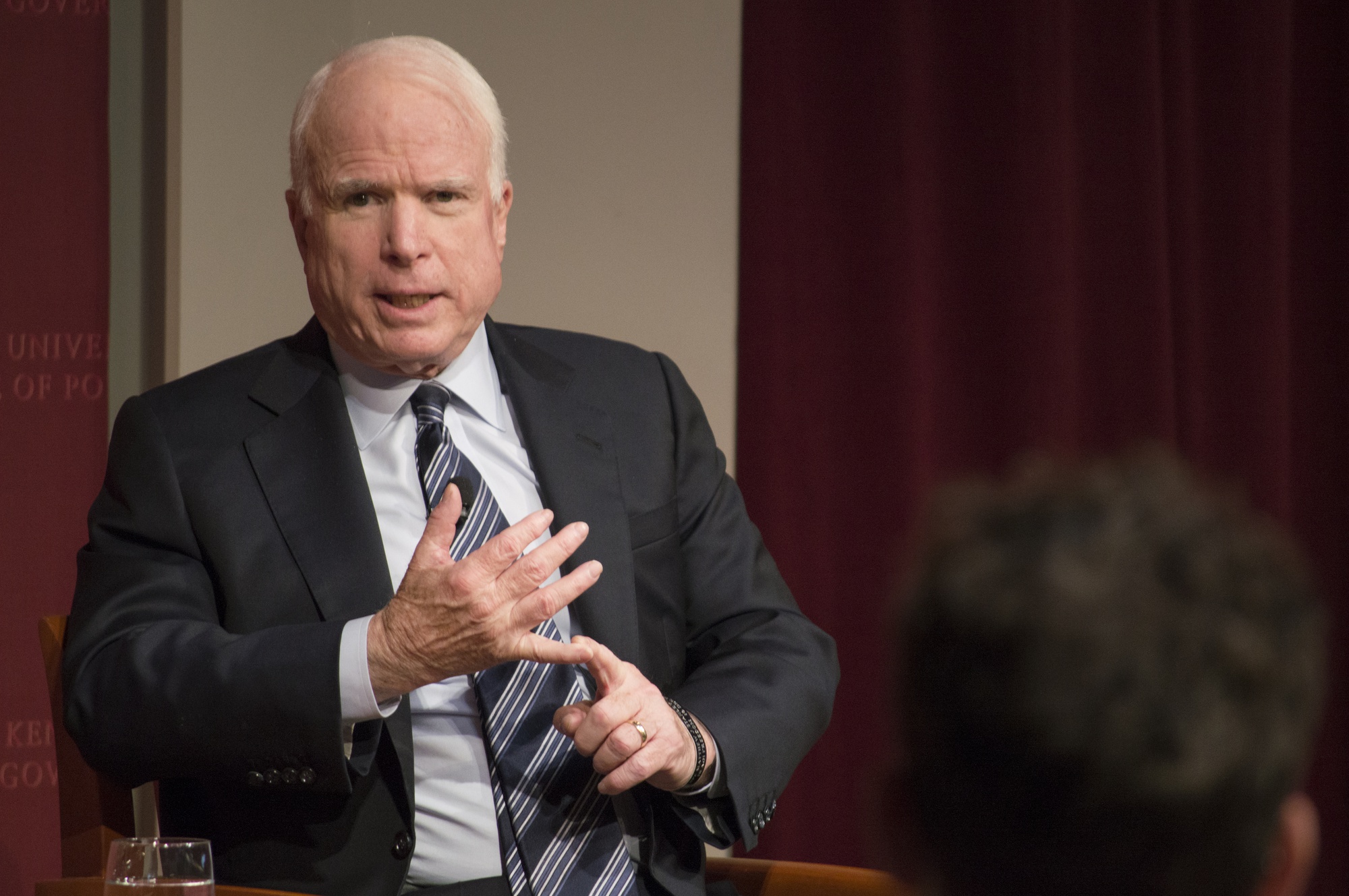 Senator John S. McCain of Arizona speaks of foreign policy in Asia and Eastern Europe at the Institute of Politics on Wednesday evening.
By Forrest K. Lewis, Crimson Staff Writer 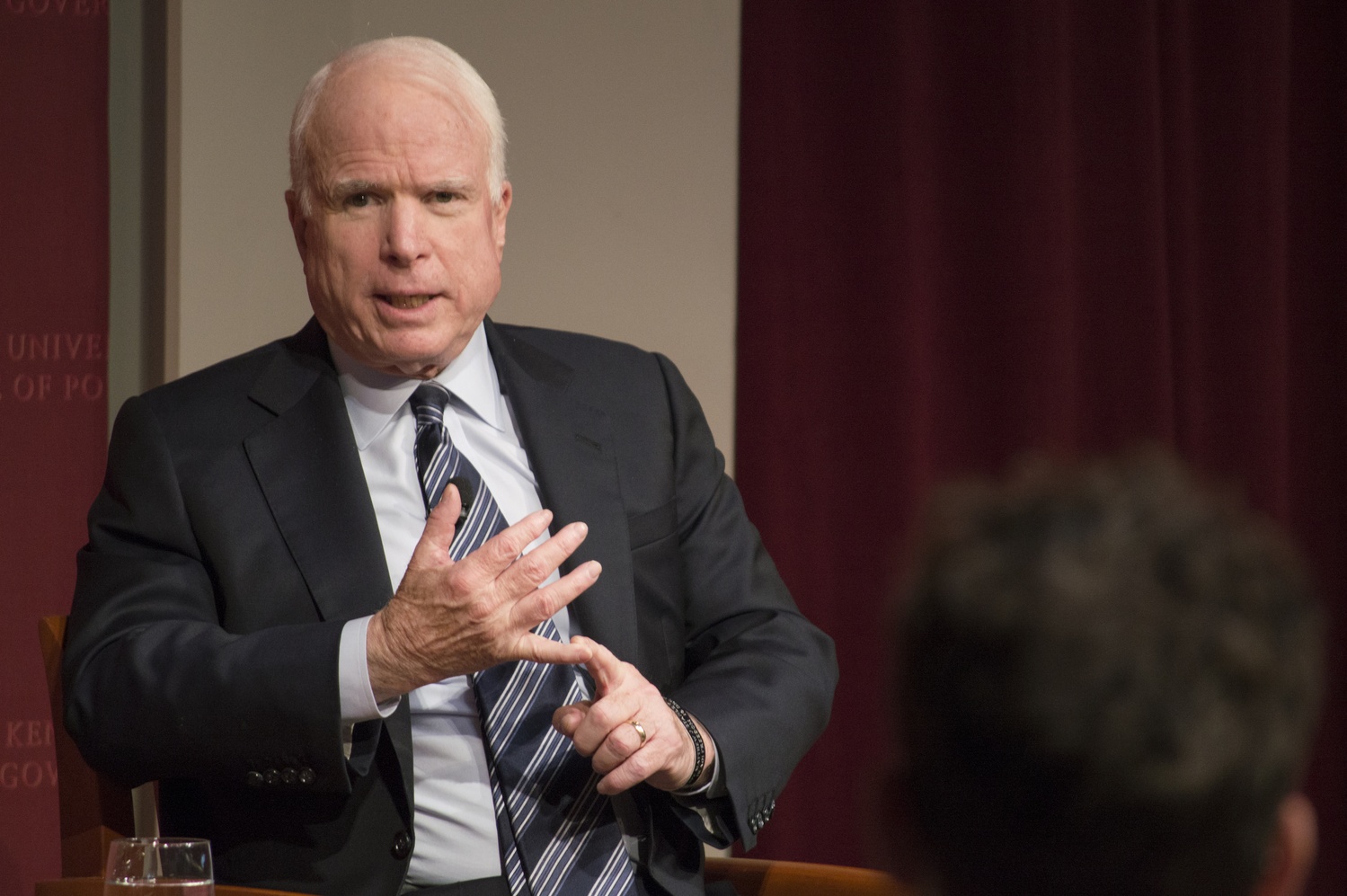 Senator John S. McCain of Arizona speaks of foreign policy in Asia and Eastern Europe at the Institute of Politics on Wednesday evening. By Y. Kit Wu

Arizona Senator John McCain outlined his foreign policy views at the JFK Jr. Forum Monday evening, focusing on the conflict between Russia and Ukraine and offering an impassioned argument for why the United States should intervene in Syria.

Forum moderator Jill Dougherty, a foreign affairs correspondent for CNN, began the discussion by asking McCain to officially declare, on the record, that he would not be pursuing another presidential run in 2016 after his failed attempts in 2000 and 2008.

“I accept the verdict of the American people,” McCain, a Republican, said, reassuring the crowd that his days in pursuit of the Oval Office are over.

Dougherty—who now serves as a Shorenstein Center fellow studying the relationship between the Russian government and the media—continued the conversation by asking McCain to elaborate on his own opinions regarding the current Russia-Ukraine conflict.

McCain called the ongoing tension between the two countries “ludicrous,” declaring that the United States needs to come up with a course of action as soon as possible.

“If we understand Vladimir Putin and what his ambitions are and who he is, then I think we can adequately develop a response that could be effective,” he said.

McCain acknowledged that it might be necessary for the U.S. to intervene if Russia expands its power further.

“We are now in a situation where we have to contain Russia,” he said.

McCain additionally addressed the rise of China as a superpower, saying that he refused to believe that the Chinese government was “ready or eager to challenge the U.S. militarily.”

“They’re not as smart as we think they are,” he said.

The conversation quickly moved to the subject of whether or not the U.S. should intervene in Syria. In his response, McCain drew on personal anecdotes to offer an emotional appeal urging the U.S. to take action.

“If I sound emotional, I am emotional. I’m guilty,” he said. “When I see people whose lives have been destroyed, when I see the bodies of these children that have been gassed with chemical weapons, when I see all those things and I see us sit back [saying] we’re war weary, well I don’t buy it.”

The event quickly switched to the question-and-answer segment, which ran over the alloted time because McCain wanted to continue conversing with audience members. The senator took a humorous and light tone, entertaining attendees with a series of quick retorts that included several jokes against his own Republican Party.

He left to a standing ovation from all 750 audience members in attendance.