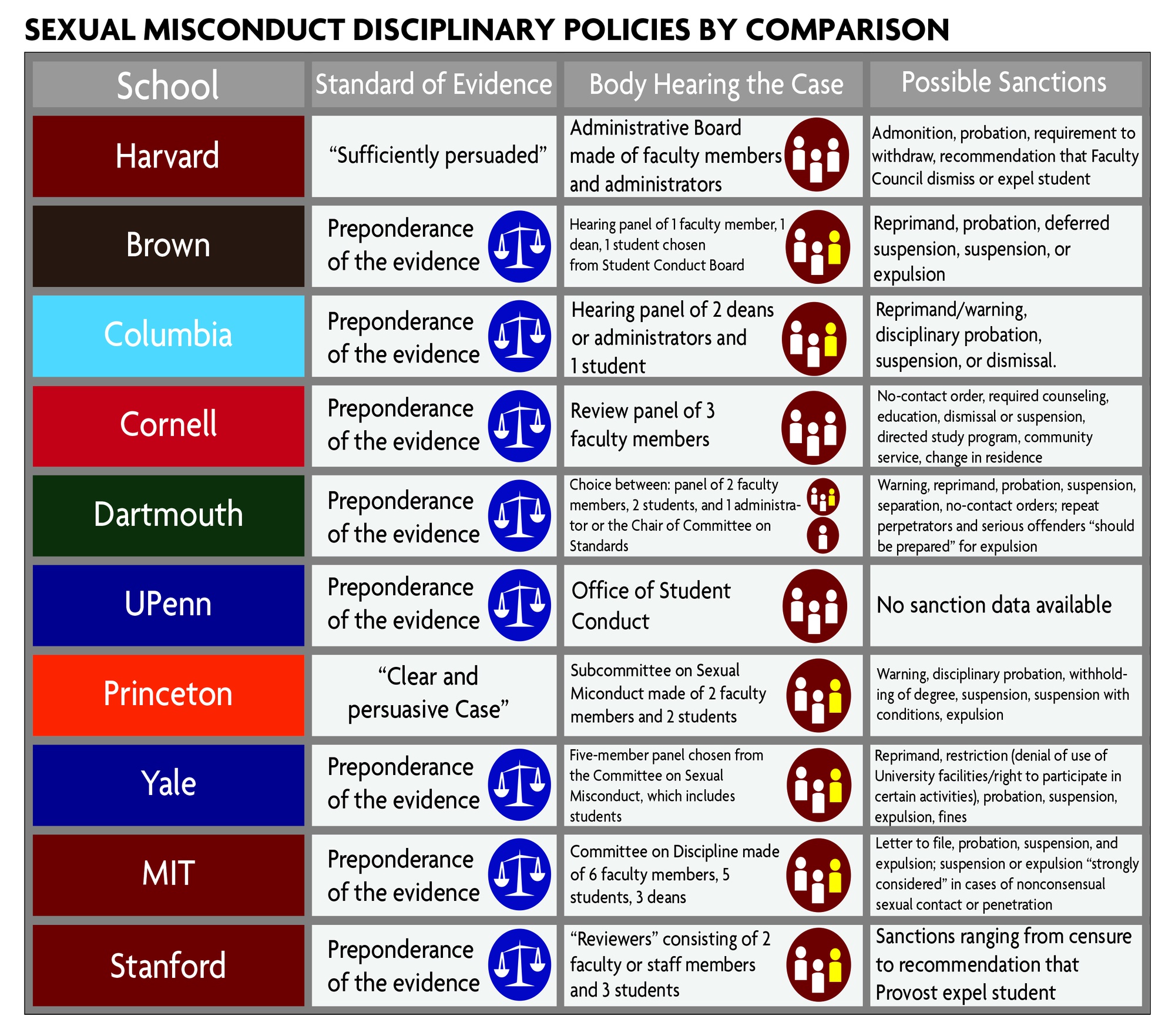 At Harvard College, a student who has been the victim of a sexual assault may choose to respond in several different ways. The student may alert the Harvard University Police Department, press charges against a perpetrator in the legal system, utilize Harvard’s counseling and medical resources, take the case to the Administrative Board, or choose not to take action.

Those avenues have come under renewed scrutiny this week in the wake of a first-person, anonymous op-ed published in The Crimson on Monday, which has prompted both national media attention and a charged debate on campus about the way Harvard handles sexual assault, even as the University continues its two-year evaluation of its policies.

Criticism is nothing new for the Faculty of Arts and Sciences policy on sexual assault and misconduct, which governs the handling of incidents of assault within the College. Since its establishment in 1993, the policy has periodically faced student protests and federal investigations, as the policies of Harvard’s peers have become increasingly progressive. 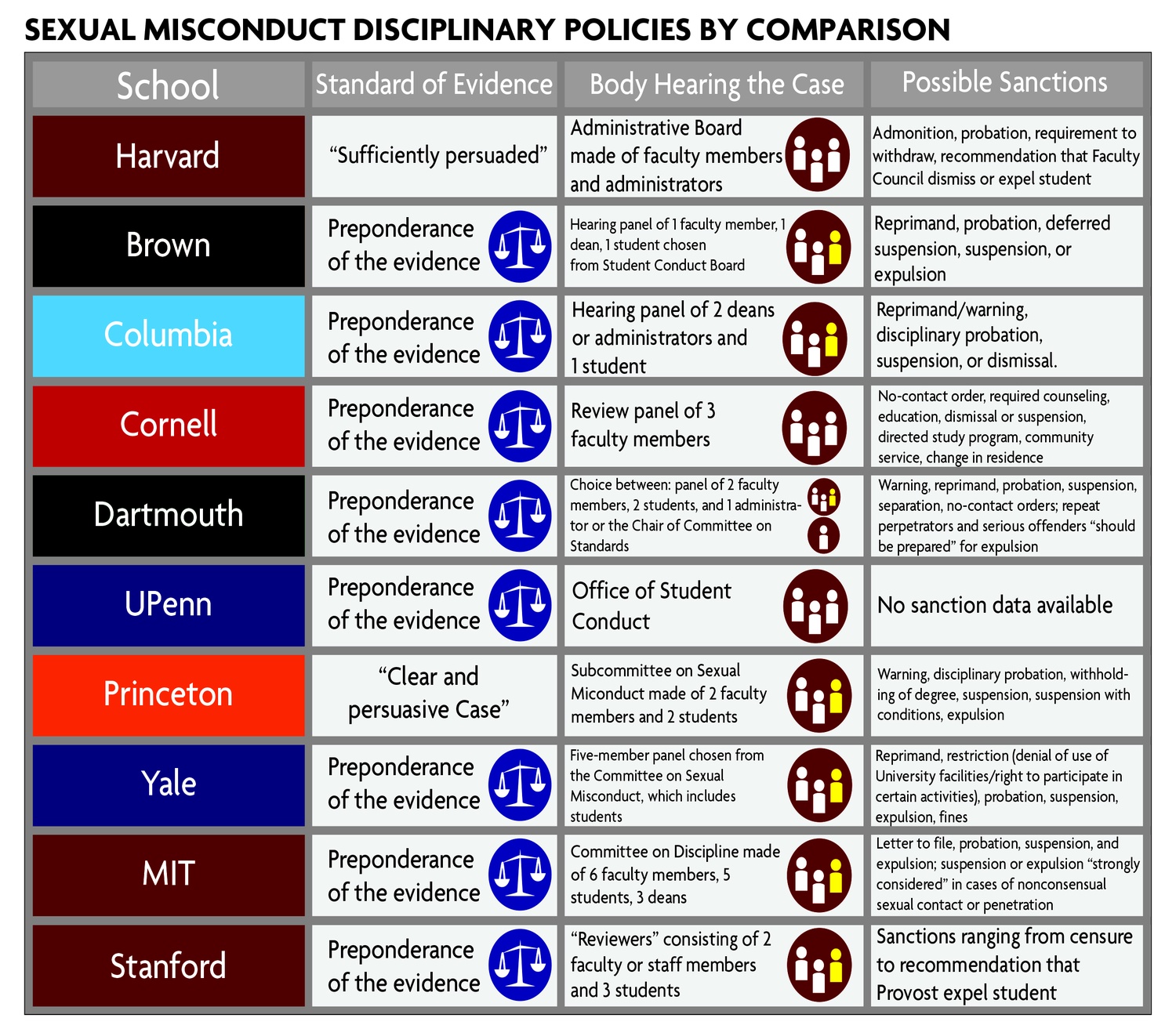 The 1993 FAS policy defines rape as “any act of sexual intercourse that takes place against a person’s will or that is accompanied by physical coercion or the threat of bodily injury,” and notes that “[u]nwillingness may be expressed verbally or physically.” The policy also says that an individual may be rendered incapable of expressing unwillingness “as a result of conditions including, but not limited to, those caused by the intake of alcohol or drugs.”

Harvard’s policy, unlike that of its peers, is not one of affirmative consent—in which partners must affirmatively communicate their willingness to participate in sexual activity—a fact that has drawn fire from activist groups and others who have called for policy reform. The Our Harvard Can Do Better campaign, a student group that advocates for changes to Harvard’s sexual assault policies, lists adopting an affirmative consent standard as one of its demands on its website.

Beyond pressing legal charges and going to the police, sexual assault victims at Harvard have other options for pursuing disciplinary action if their assailant also attends the College. Victims may take their situation to the Ad Board, the College’s primary disciplinary body, which would hear the case as a peer dispute.

For disciplinary cases, the administrative and faculty members of the Ad Board have several choices of action, ranging from scratching a case or dropping all charges to putting a student on probation and requiring them to temporarily withdraw from the College.

In extreme cases, the Ad Board—which hears disciplinary cases beyond peer disputes—may also recommend that the Faculty Council dismiss or expel a student from the College. According to Ad Board Secretary John “Jay” L. Ellison, in cases of rape, the Ad Board has historically required an accused student to withdraw and, in certain cases, has further recommended dismissal or expulsion.

Before the Ad Board may hand down such a sanction, however, its members must determine the student’s guilt. The burden of proof required in sexual misconduct disciplinary cases is currently not standardized across the University. At the College, however, the Ad Board’s policies dictate that, in all disciplinary cases it reviews, the board must be “sufficiently persuaded that the student has violated the rules of the Faculty.”

The Ad Board’s “sufficiently persuaded” standard is believed to be a higher burden of proof than the “preponderance of the evidence” standard—which requires more than 50 percent certainty—held by all schools in the Ivy League except Harvard and Princeton. Harvard’s current standard makes it more difficult to discipline students accused of sexual misconduct here than at peer institutions.

The Department of Education’s Office of Civil Rights recommended that all colleges and universities adopt the “preponderance of the evidence” standard in its April 2011 “Dear Colleague” letter. Some have voiced concerns over what they characterize as a lack of clarity in the Ad Board’s “sufficiently persuaded” standard.

Harvard’s Title IX officer, Mia Karvonides, convened a University-wide working group to review these policies and those of other schools last spring.

Beyond the Ad Board, the College offers a number of counseling and medical resources for victims of sexual assault, including the Office of Sexual Assault Prevention and Response, two College Title IX coordinators, and Sexual Assault/Sexual Harassment tutors. Consent, Assault Awareness and Relationship Education proctors live in freshman dorms, while peer counselors are available through Response and Room 13.

Resources are also available at Harvard University Health Services and the Bureau of Study Counsel.