Out of Spotlight, Hammonds Quietly Prepares for New Research Initiative 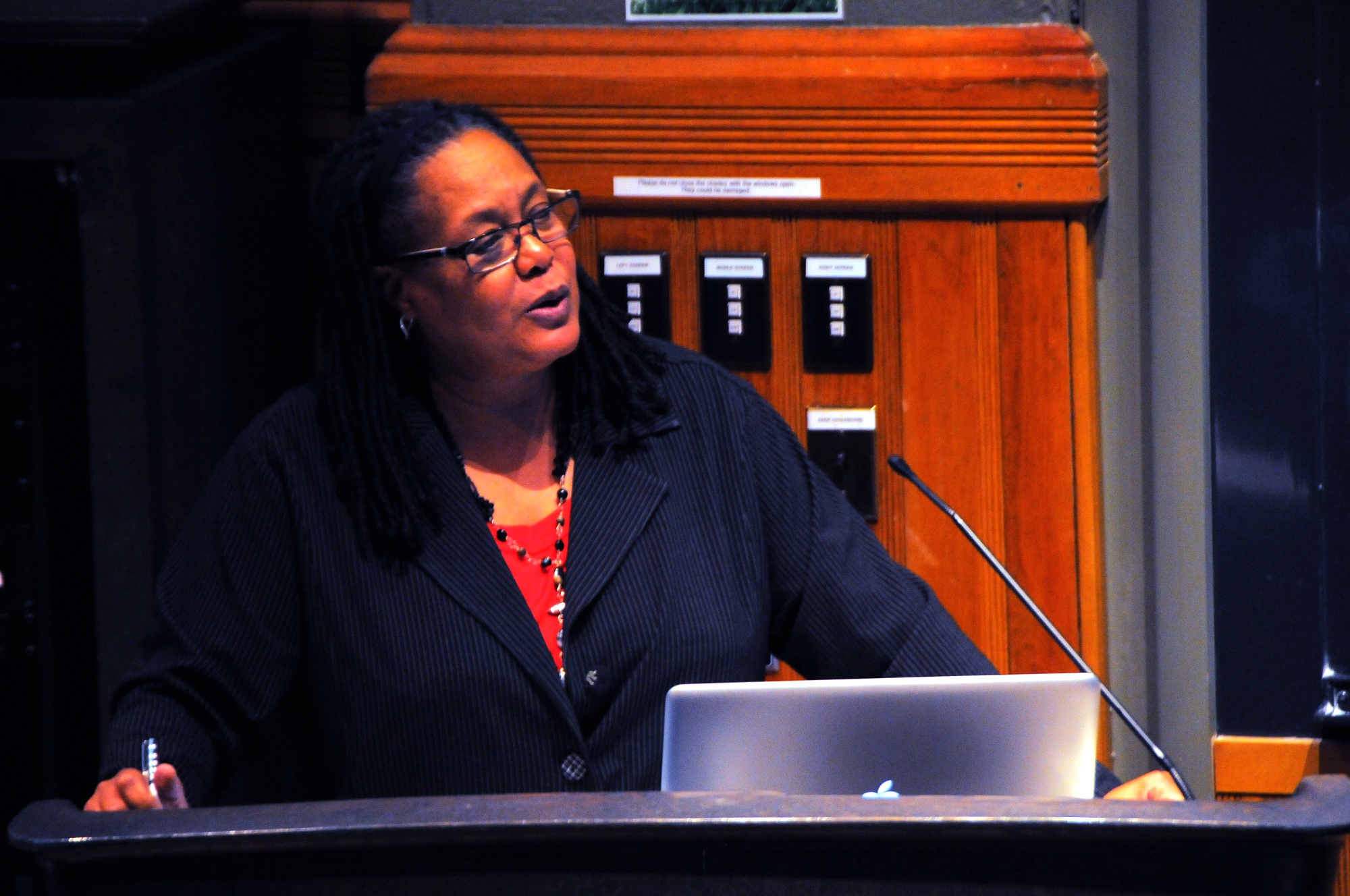 Evelynn M. Hammonds, shown speaking at the Harvard College Governance panel in a file photo from last November, is on a sabbatical leave after five years as dean of Harvard College.
By Madeline R. Conway and Steven R. Watros, Crimson Staff Writers

Nine months after she left University Hall and her tenure as dean of Harvard College, Evelynn M. Hammonds is laying the groundwork for a new research initiative and her return to the classroom.

While this time last year, Hammonds was embroiled in a controversy over secret email searches she had a hand in approving, the former administrator is now out of the limelight, enjoying a sabbatical after five years as dean.

Evelynn M. Hammonds, shown speaking at the Harvard College Governance panel in a file photo from last November, is on a sabbatical leave after five years as dean of Harvard College. By Özdemir Vayısoğlu

Hammonds will return from her year-long sabbatical to her new role as director of the Program for the Study of Race and Gender in Science and Medicine within the Hutchins Center for African and African American Research on July 1, the same day incoming College Dean Rakesh Khurana moves into her old office.

Hammonds, who holds faculty appointments in the History of Science and African and African American Studies departments, wrote in an emailed statement that she has been “talking with colleagues and experts in industry, government and academia about my new program in the Hutchins Center, soliciting their advice about important areas to focus on” over the course of the past year, in addition to doing research and presenting on her work.

“[O]n one project, I'm exploring ideas about the best ways to bring attention to the issue of broadening the participation of underrepresented minorities in STEM fields,” she wrote. “My projects are still in the planning stages, and I will be shaping them throughout the summer and the next academic year.”

The Hutchins Center, which will house Hammonds’s initiative, opened in October 2013 shortly after the announcement that donor Glenn H. Hutchins ’77 had given the University $15 million to endow its creation.

The gift united seven existing programs and provided funding for new initiatives, including the one Hammonds will oversee. As a director of one of the Center’s initiatives, Hammonds will also sit on its steering committee, according to University professor Henry Louis Gates, Jr., who leads the Center.

Lawrence D. Bobo, chair of the African and African American Studies Department, wrote in an email in March that the Program for the Study of Race and Gender in Science and Medicine is “an exciting and timely addition to the activities of the [Hutchins] Center,” adding that there is “no one better suited to the challenge of bringing vision, leadership, impact and purpose to this program” than Hammonds.

“She is one of Harvard's most committed, critical, and searching thinkers when it comes to unpacking the ways that race and gender are implicated in the development, conduct, use and impact of scientific knowledge,” Bobo wrote.

Gates added that “Evelynn can make a major intellectual contribution to this ongoing inquiry” and suggested that she will be able to devote more time to research now that she is no longer dean.

“I was delighted when she decided she was going to step down as dean and she wanted to pursue this research project,” Gates said. “I’m glad that she is concentrating on her intellectual and research interests again as her primary focus, along with teaching.”

In addition to her research work, Hammonds will resume teaching responsibilities next academic year. She will be teaching next spring, though she said she is not certain if she will be in the classroom in the fall. The History of Science Department’s website currently lists Hammonds as the instructor of History of Science 245: “The Changing Concept of Race in Science and Medicine in the United States: From Jefferson to Genomics,” and says the course is expected to be offered in 2014-2015.

Hammonds, who served as dean of the College from 2008-2013, stepped down after an academic year marked by controversy. As chair of the Administrative Board, Hammonds oversaw the investigation of Harvard’s largest cheating case in recent memory, in which roughly 125 undergraduates were accused of plagiarizing or inappropriately collaborating on the final take-home exam in Government 1310: “Introduction to Congress.” About 70 students were ultimately required to temporarily withdraw from the College as a result.

Controversy resurfaced in March when news broke that administrators, including Hammonds, had secretly searched the email accounts of resident deans in an effort to determine the source of the perceived leak of internal Ad Board communications related to the cheating investigation to the media. In April, Hammonds told faculty members that she had authorized a second set of searches without the necessary permission, a move that broke Faculty of Arts and Sciences email privacy policy.

Amidst the fallout of the scandal, in May, Dean of the Faculty of Arts and Sciences Michael D. Smith announced that Hammonds would step down from the deanship. Many have suggested that her departure came as a result of the email search controversy, although Hammonds has said that it was not a “motivating factor” in the decision to leave the post.

Donald H. Pfister has served as interim dean of the College since last July.

—Staff writer Steven R. Watros can be reached at steven.watros@thecrimson.com. Follow him @SteveWatros.