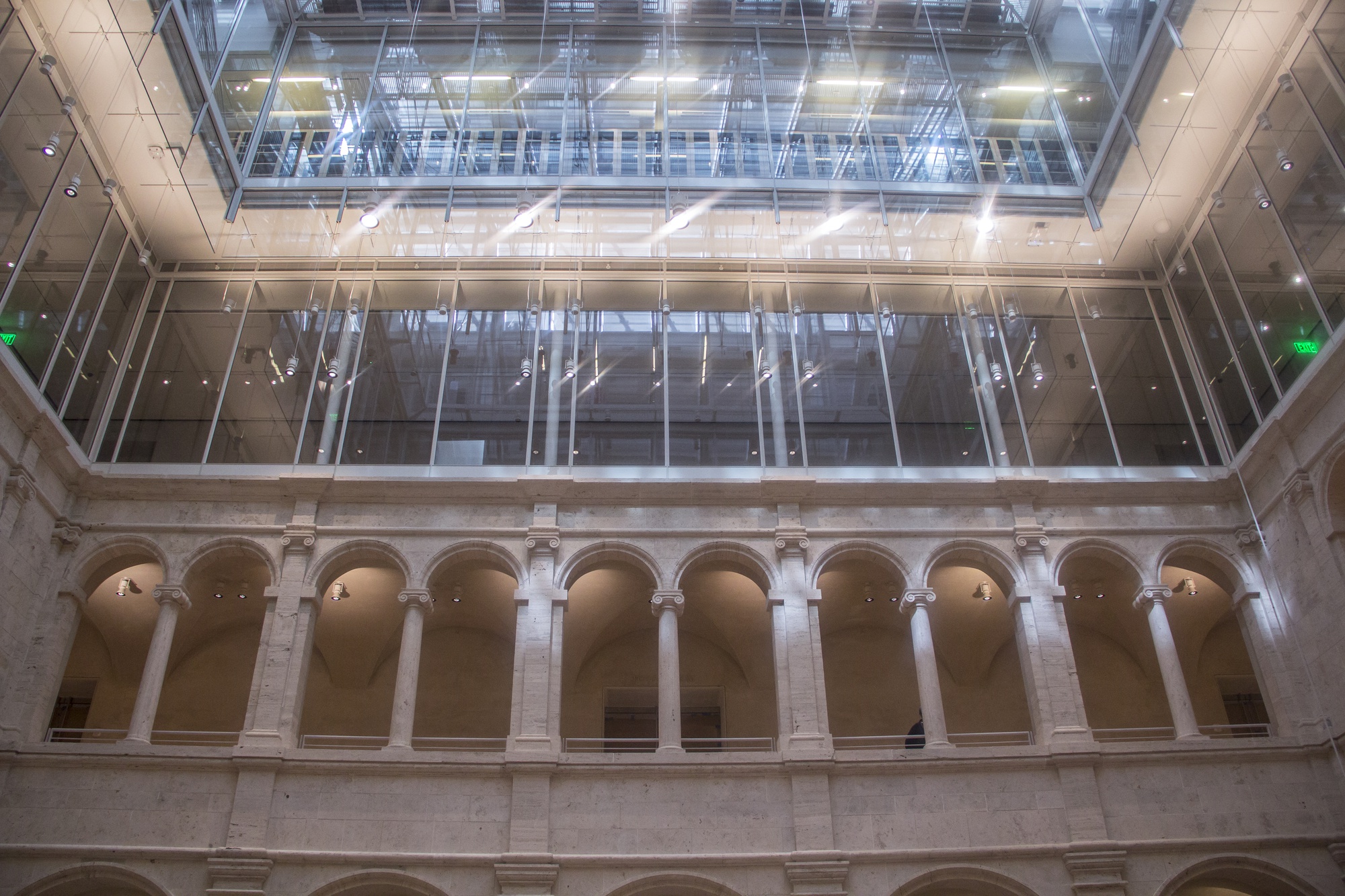 The ceiling of the Calderwood Courtyard has been remade using glass to allow a more natural inflow of light for the exhibits. The Harvard Art Museums are scheduled to be reopened in the fall of 2014.
By Emma C. Cobb, Crimson Staff Writer 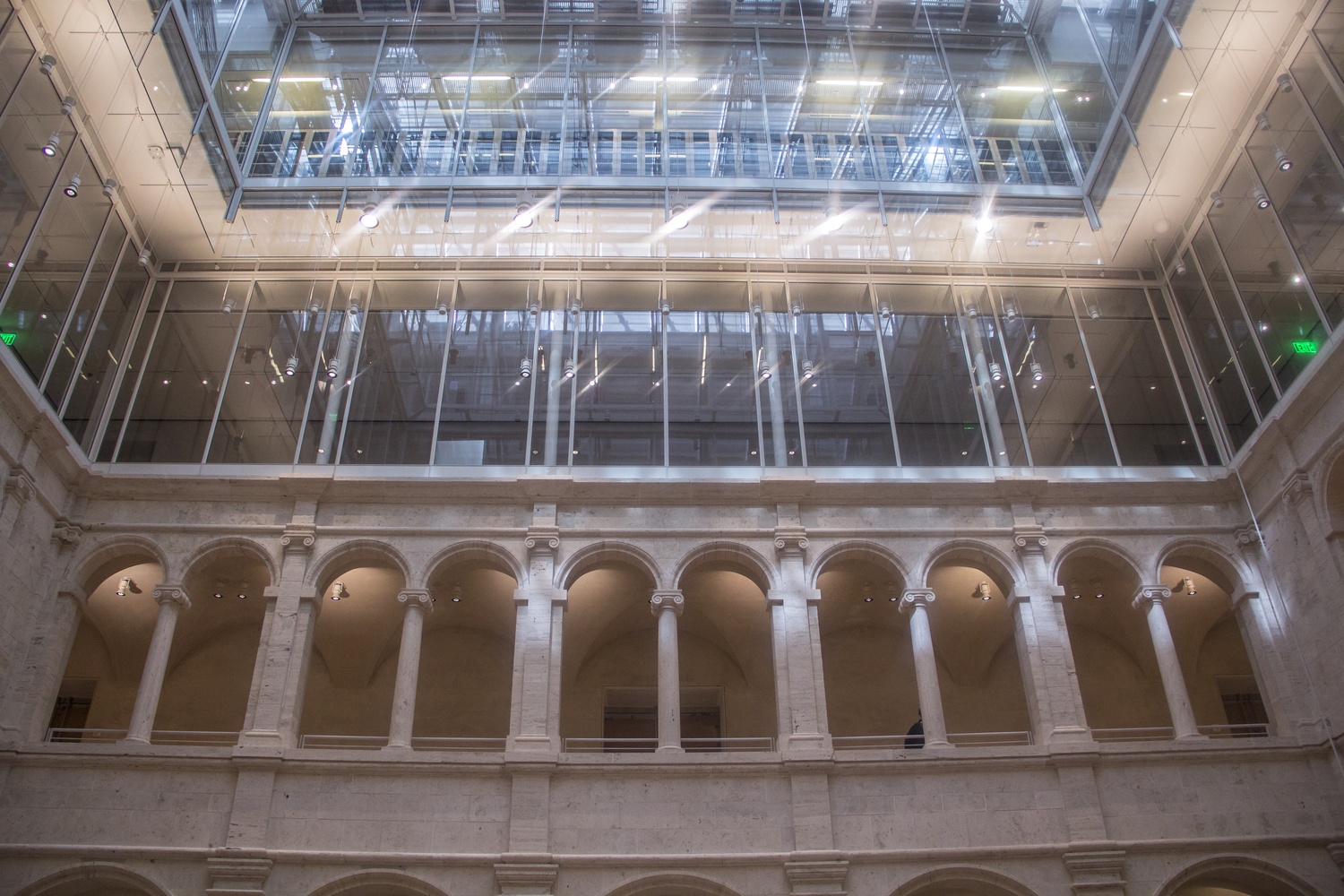 The ceiling of the Calderwood Courtyard has been remade using glass to allow a more natural inflow of light for the exhibits. The Harvard Art Museums are scheduled to be reopened in the fall of 2014. By Zorigoo Tugsbayar

Awash in natural light and surrounded by the collections of the three Harvard Art Museums, the renovated and revitalized Calderwood Courtyard stands ready to once again serve as the heart of the museums when they reopen on Nov. 16.

“The space is much more dramatic now, with the mix of modern materials and the original courtyard,” Brush said, standing under one of the many arches.

The design of the courtyard was inspired by an Italian villa. The walls are recreations of the villa’s facade, which form an enclosed space at the heart of the museum. Two rows of arches make up the facade and allows guests to see into the hallways that lead to the three different collections, which will all be housed in the renovated building. The arches are constructed with steel beams and stone facing made from travertine that was shipped from Italy when the Fogg was originally constructed in the mid-1920s.

“Americans at the time saw themselves as the heirs of the Italian Renaissance and collected many Italian paintings. Hence, the architectural style reflected one of the strengths of the Fogg Museum's collection in the 1920s,” Brush said.

Although the original stone has been kept in the courtyard, it was restored during the museum renovation. With extensive cleaning, the stone has been lightened and contributes to the new open feeling of the renovated building.

“The building, the institution is going to be revitalized,” said Brush, pointing to the now-beige stone of the courtyard.

Though now covered in plywood and boxes holding items to be installed in the museum, the floor of the courtyard was raised to stand at the same level as the floor of the surrounding museum. The height difference between the two floors previously caused visitors to trip.

“The architect has done a brilliant job of meshing the historic with the contemporary,” Brush said.

The renovated courtyard will be open to the public during museum hours, serving as a space for people to enjoy the new Harvard Art Museums without paying admission to the museum.

“This museum is not just meant for students and faculty, it’s going to have an important public presence as well,” Brush said.