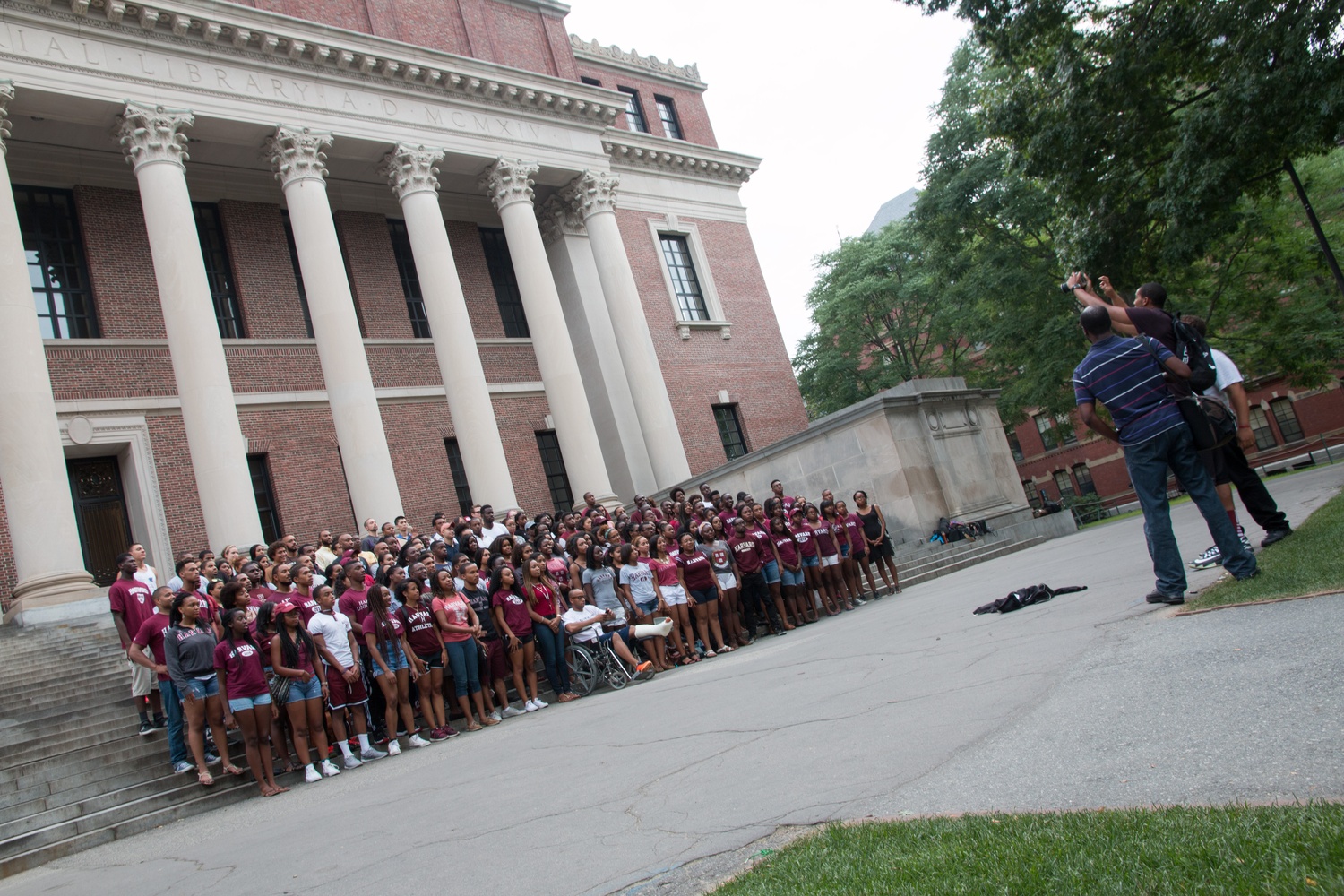 Nearly 200 black men and women from across the University posed with their hands up for a group photograph on the steps of Widener Library Sunday evening, entering a national conversation spurred by a police officer’s killing of an unarmed black teenager three weeks ago in Ferguson, Missouri.

Organizers framed the photograph as a critique not only of the shooting of the teenager, Michael Brown, but also of efforts by the media and other observers to question his character and to defend Darren Wilson, the Ferguson police officer who shot Brown on Aug. 9.

"Black bodies in America have consistently had to prove their humanity," Fadhal A. Moore '15, one of the event’s organizers, said as the students came together on the library steps. “Michael Brown was a human being with inalienable rights, just like we all are.”

Organizers said that they hope the photo receives national attention, but only because they believe the exposure will raise awareness of issues of race and identity that have surrounded the controversy and subsequent protests.

In the days following the incident, authorities released security footage that appeared to show Brown stealing cigars from a local convenience store shortly before he was shot, though police said that Wilson was not aware of the alleged robbery. Organizers called the video an attempt by police to paint Brown in a certain light. 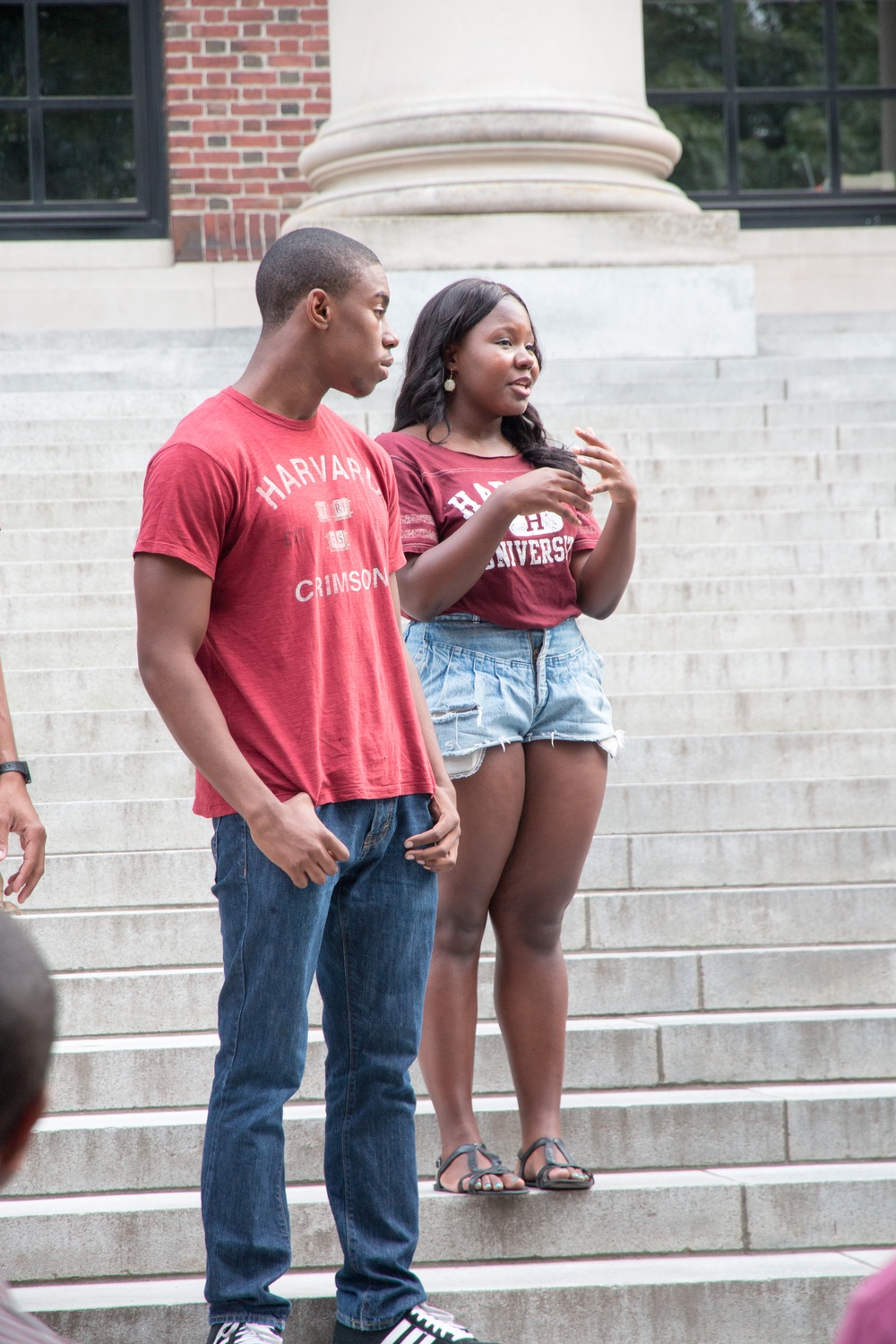 "We're directly critiquing the notion that, because we're at college or at Harvard...that more value is being placed on our life," Aubrey Walker ’15 said.

Many of the event’s attendees wore shirts with Harvard colors or insignia.

The photo is not the first of its kind. Shortly after Brown's killing, students at Howard University in Washington, D.C., posed for a similar photograph with their hands up, referencing the position some eyewitnesses have said Brown assumed before he was shot.

After the photo, taken on the same steps that serve as the backdrop for University President Drew G. Faust’s official portrait, as well as the annual freshman class photo, students lingered and broke into smaller, ad hoc discussion groups. One group of about 20 students formed tentative plans to hold a meeting in the next ten days to prepare a response to the highly anticipated decision of the Missouri grand jury convened after Brown's death.

"We believe we should be prepared to have a response when the grand jury decision comes out," said Hector Tarrido-Picart, a student at the Graduate School of Design. 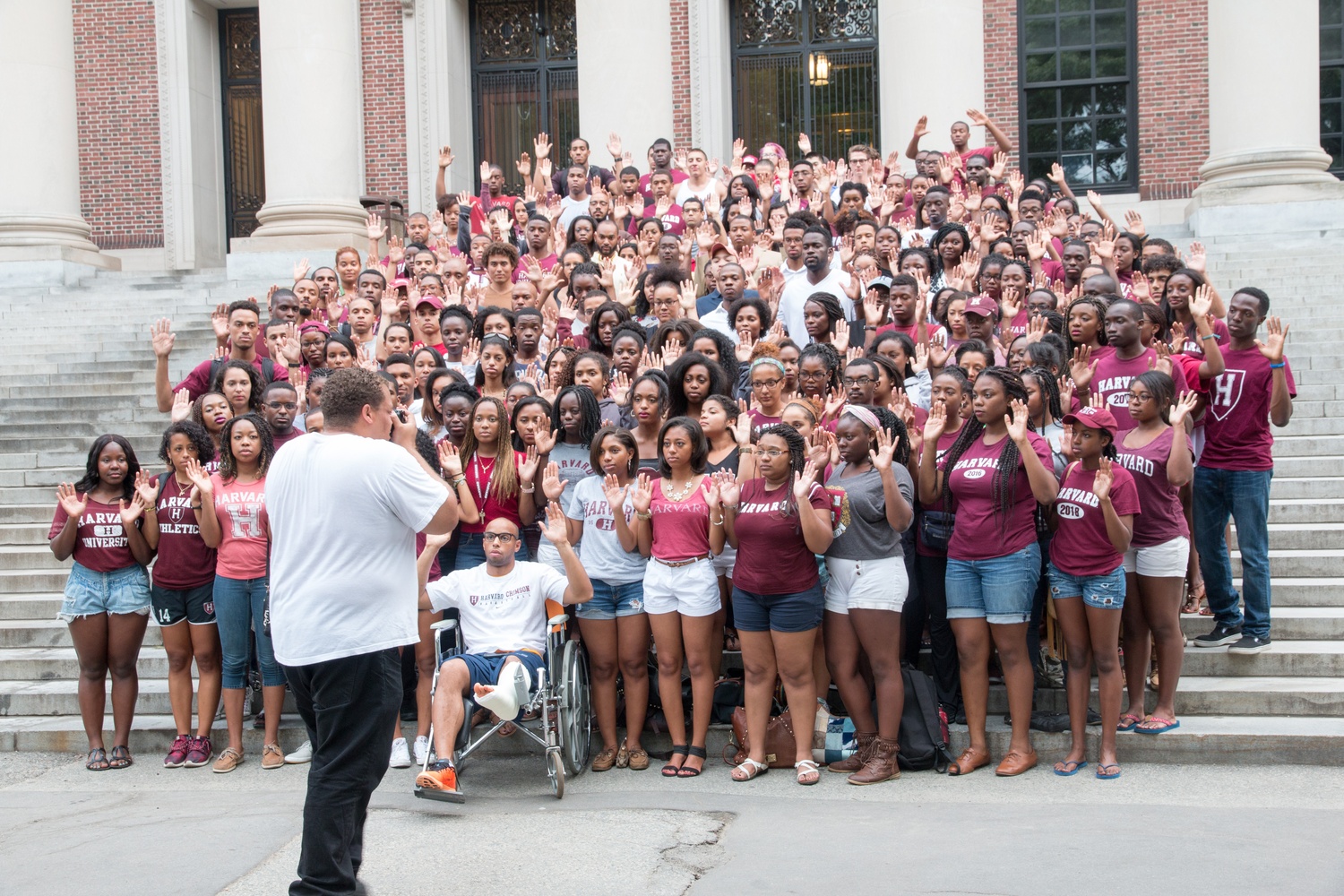 Nearly 200 black Harvard affiliates posed with their hands up for a group photograph on the steps of Widener Library Sunday evening in solidarity with Michael Brown, an unarmed black teenager killed three weeks ago in Ferguson, Missouri. By George J Lok