School Has Already Raised Over $69M 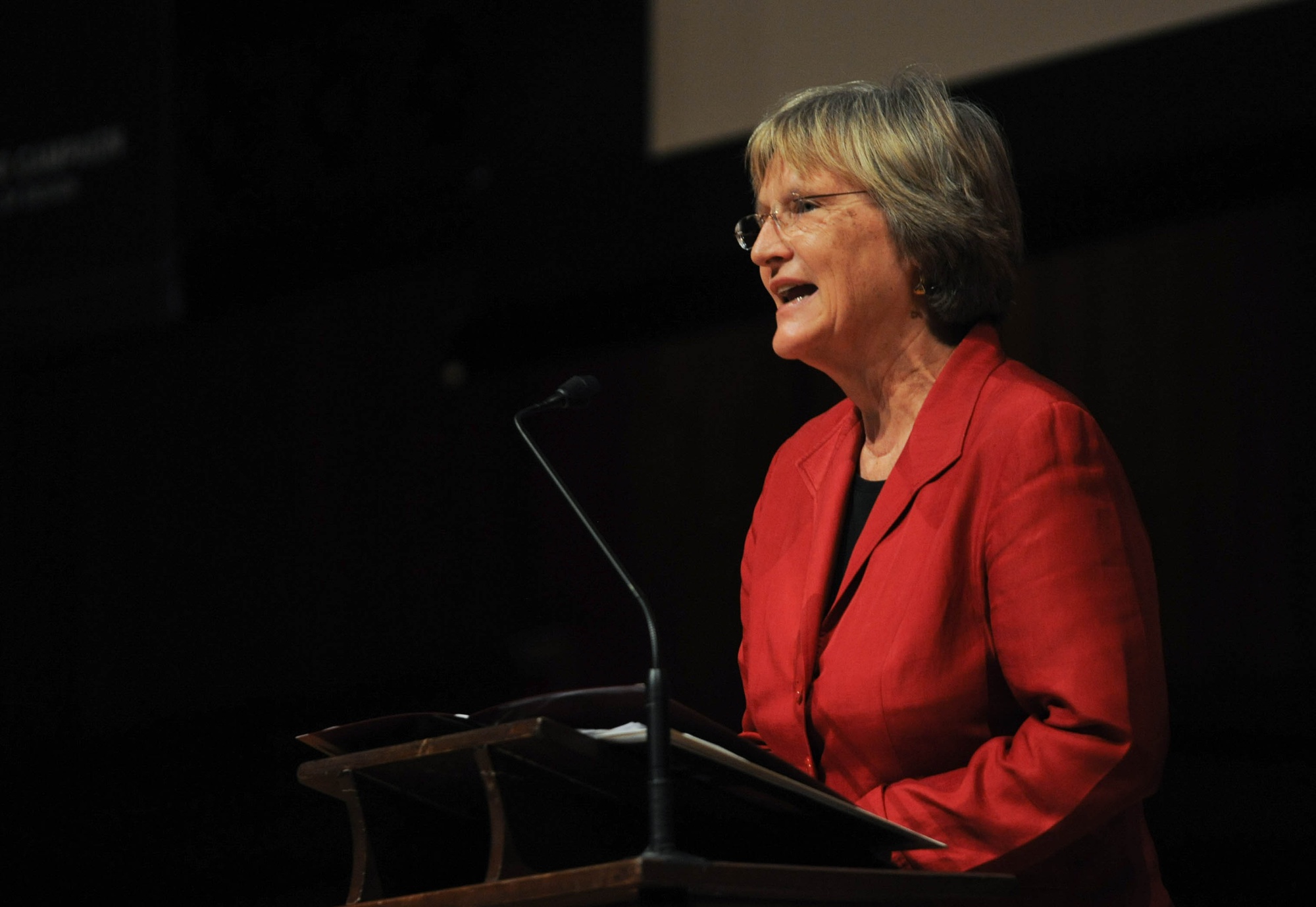 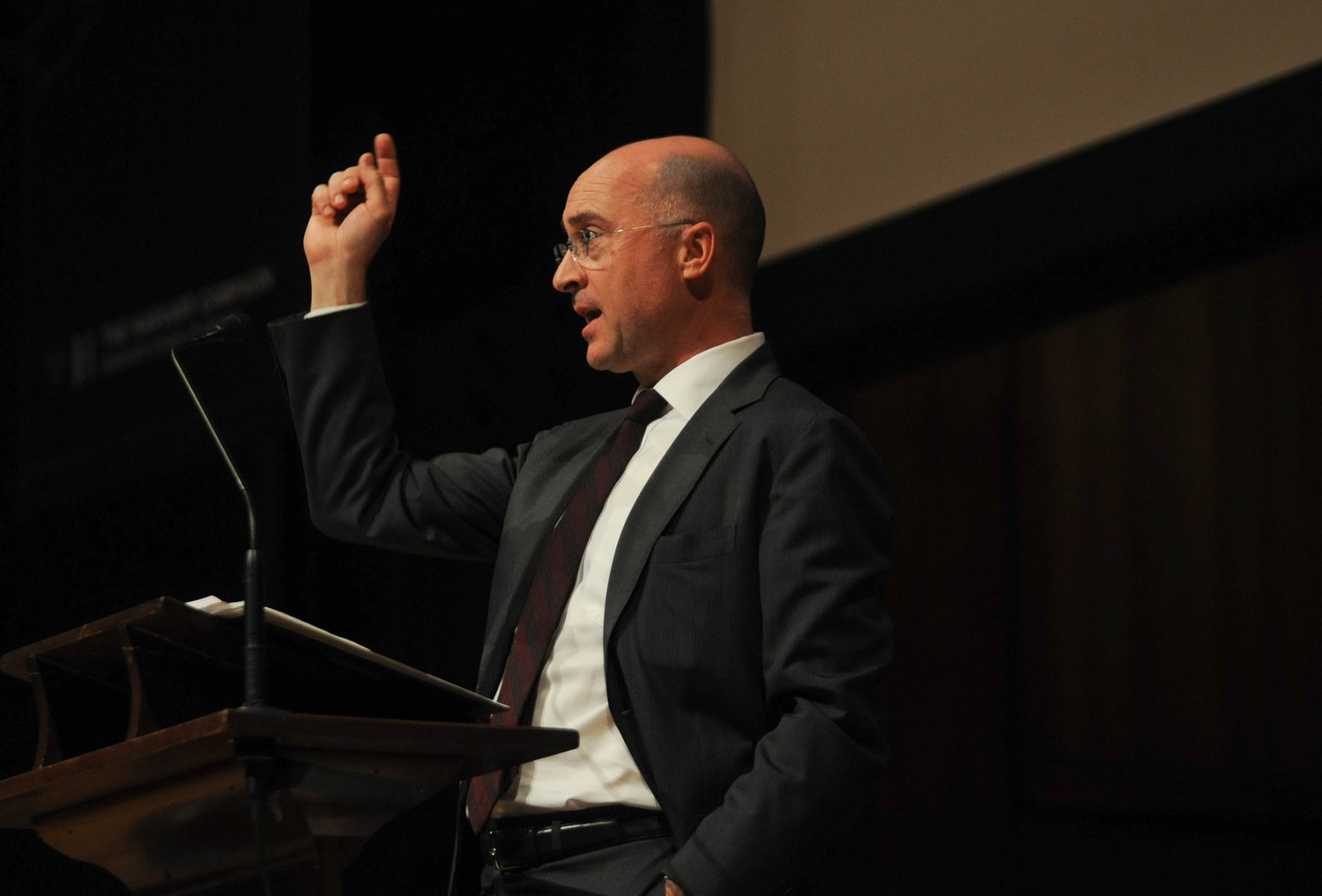 Phil Harrison, president and CEO of global design firm Perkins+Will, speaks in Sanders Theatre alongside other affiliates of the Graduate School of Design. The speech kicked off the weekend "Grounded Visionaries" event, as well as the campaign for the GSD. By Y. Kit Wu

The Graduate School of Design has raised more than $69 million thus far in its slice of Harvard’s $6.5 billion capital campaign, putting the school well on its way to meeting its goal of at least $110 million, John K. F. Irving ’83 said Saturday night.

Irving, a co-chair of GSD’s fundraising efforts, was among the hundreds of alumni and affiliates who flocked to Cambridge for a two-day kick-off event, called “Grounded Visionaries,” to celebrate the launch of the public phase of the school’s campaign.

“That is a big, think big, audacious kind of goal,” Irving said. “Courses in landscape architecture and architecture have been present on the Harvard campus for over 100 years. And the total endowment after this time is $400 million. So that means in the next four years we are going to raise 25 percent of what it took us 100 years to do.”

GSD administrators have said that a top priority will be the student experience, achieved through enhancements in financial aid and funding for travel and conferences.

Irving, who donated $10 million to GSD last December, added that the school aims to increase support for faculty, to expand and renovate the school’s facilities, and to create a new five-story research tower. Administrators are also considering reconfiguring the first-floor public spaces of Gund Hall. The building’s occupancy has grown from 300 occupants when it opened in 1972 to over 800 in 2014, according to Irving. 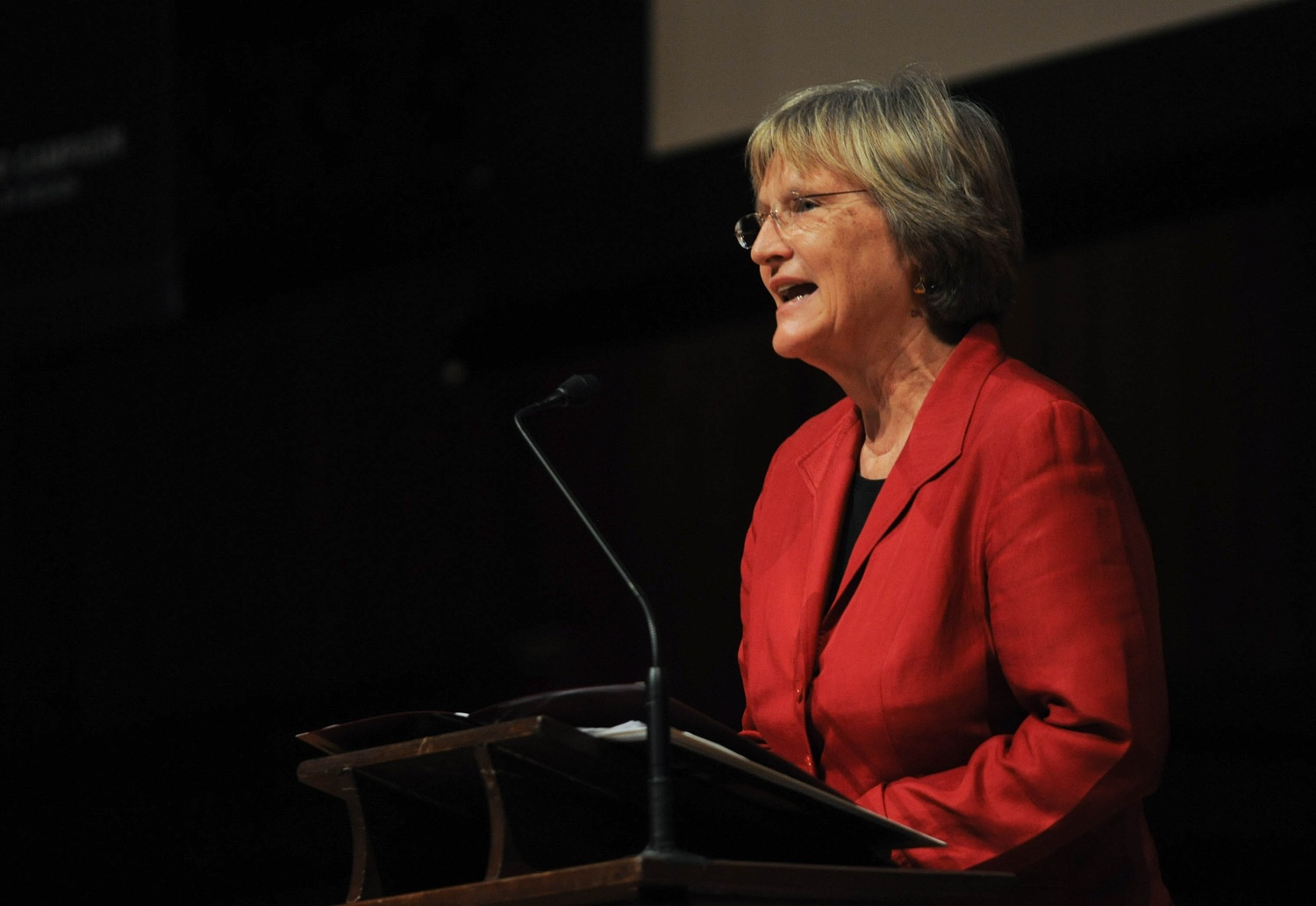 Irving also noted that the school hopes to use the funds generated to maintain its global presence. “We are already global, but the costs to stay in the game are significant,” Irving said, noting that the school’s global impact is “something the school can never afford to give up.”

Faust used the occasion to highlight the school’s special place in her vision of “One Harvard.” She cited examples of inter-school initiatives, including a collaboration between students at GSD and the Graduate School of Education to imagine classrooms for the year 203o as well as a partnership between two GSD students and University Professor Paul E. Farmer’s Partners in Health to build a hospital in Rwanda.

Saturday featured a number of panels featuring well-known architects such as Moshe Safdie and Jeanne Gang and exhibitions about the history and vision of GSD, urbanism, and the school’s research. The event concluded Saturday evening with a lecture by Fumihiko Maki, a prominent architect who won the 1993 Pritzker Architecture Prize, often considered “architecture’s Nobel.” Maki was introduced by fellow Pritzker laureate Thom Mayne and discussed his more than 50-year long career, including what the GSD was like when he was a student there in the late 1950s. 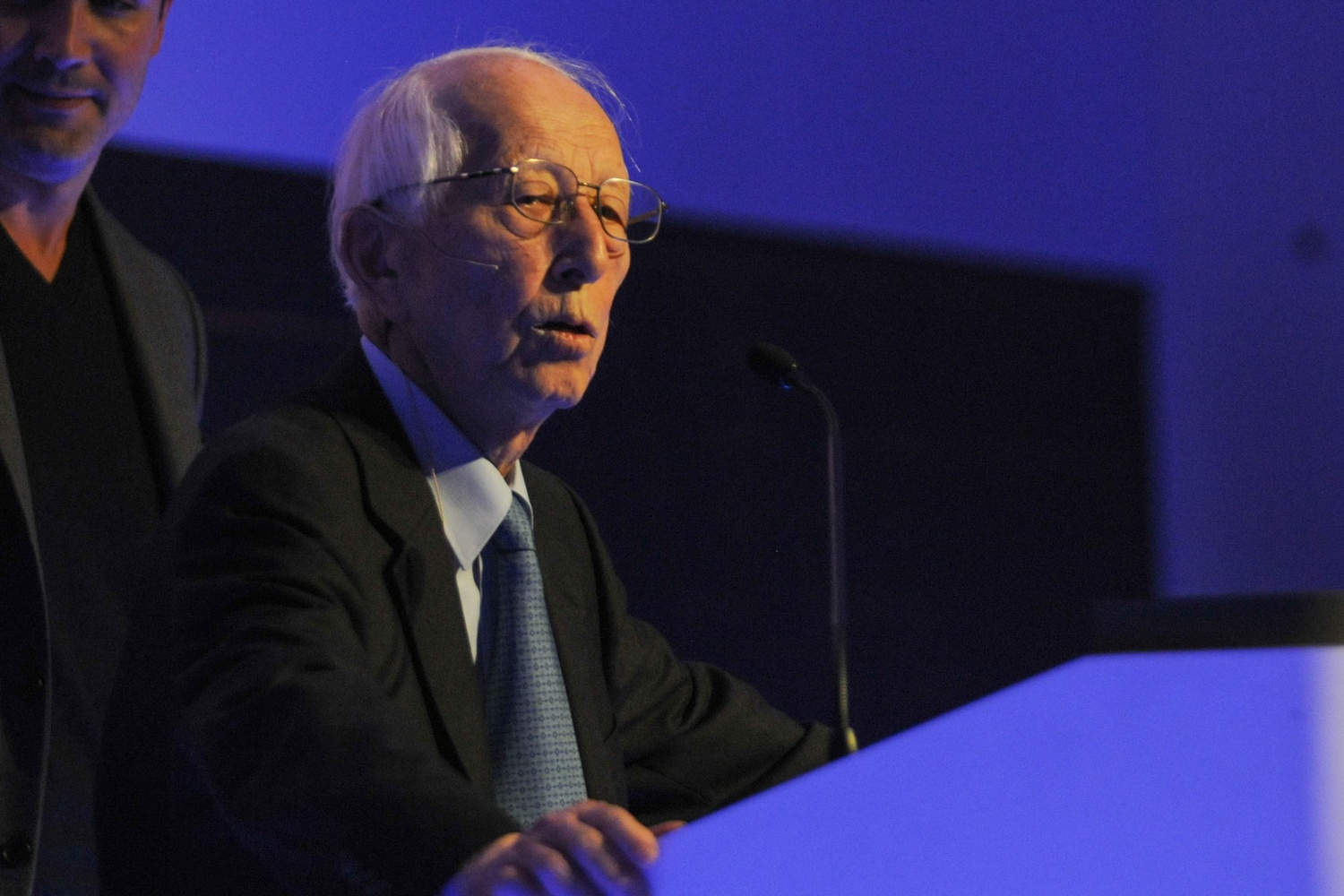 Fumihiko Maki, designer of the MIT Multimedia Lab, speaks about his experience designing buildings around the world on Saturday evening, during the launch of the Graduate School of Design's capital campaign. By Y. Kit Wu

Maki’s lecture was followed by an outline of the campaign’s goals, a short video about the school, a short speech by a fourth-year student who discussed her experiences at the school, and the announcement of the campaign target. Guests attended a party hosted in the courtyard behind Gund Hall afterward.

“It was very important for us to have a weekend that is about ideas that matter and ideas that can really transform the built environment,” Mostafavi said in an interview after Saturday night’s lecture.

On Saturday night, as guests mingled in Gund Hall, there was a tangible feeling of excitement. K. Michael Hays, associate dean for academic affairs and professor of architectural theory at GSD, said in an interview before the event that he hopes GSD’s campaign will enhance the school’s position within the network of Harvard graduate schools.

“I think the GSD, because we are very small, is sometimes regarded as not having as much capacity to bring good effects to the University in a larger sense,” he said. “I think the campaign will show that our capacity for collaboration, our capacity to interact with other disciplines is much greater than people think.... It will show them that we are big enough in terms of resources that we can collaborate.”

—Staff writer Vimal S. Konduri can be reached at vimal.konduri@thecrimson.com.