For Chan, Gift Was a Lifetime in the Making 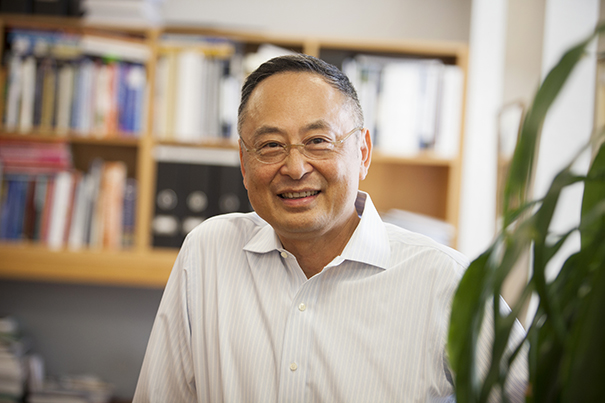 Gerald L. Chan, an alumnus of the School of Public Health, has pledged to give $350 million to the school through his family's foundation.
By Christine Y. Cahill and Amna H. Hashmi, Crimson Staff Writers

When Gerald L. Chan arrived at Harvard in the early 1970s, armed with two engineering degrees from UCLA and a passion for science, he was convinced he would earn a Ph.D. in physics.

But that conviction, Chan said in an interview last week, changed very quickly when he arrived on campus and met an influential professor who urged him to leave physics in favor of biology. What appeared to be the next stop on his path through the physical sciences turned out to be a “pivotal point,” Chan said, in his education—one that would eventually realign the direction of his studies and lay the groundwork for a decades-long career.

Gerald L. Chan, an alumnus of the School of Public Health, has pledged to give $350 million to the school through his family's foundation. By Courtesy of Harvard Public Affairs and Communications

With the professor’s guidance, Chan, the son of a wealthy Hong Kong real estate mogul, enrolled in College-level biology classes and worked his way into the School of Public Health. In 1975, he earned master’s in medical radiological physics, completing a doctorate in radiobiology four years later.

“For the rest of my life I’ve felt so grateful to have made that turn because…I don’t think I could have gotten into all this interesting work if I hadn’t made that turn to the life sciences,” Chan said.

On Monday afternoon, Chan and University officials unveiled a $350 million gift to the School of Public Health, the largest in Harvard’s history. The school will be renamed in honor of Chan’s late father, but the ceremony will highlight the one-time School of Public Health student, who went on to build a multibillion-dollar investment empire.

Chan’s career has been a novel mix of academia and business. As a doctoral and post-doctoral researcher, Chan published several academic papers, including at least one article in the journal Nature. After graduating, he worked as a research fellow at the Dana-Farber Cancer Institute, a Harvard-affiliated research initiative.

In 1986, Chan and his brother Ronnie C. Chan co-founded the Morningside Group, a private equity and venture capital firm. Under Chan’s leadership, Morningside invested in a range of companies, including biotech companies developing water filtration membranes, solar-panelled roofing, cancer targeting systems, a mobile app for early detection of autism, and full-length human DNA clones, among others. The group was one of the early investors in Chinese tech companies.

Chan is also a non-executive director of Hang Lung Group, a real estate development group founded by his father Chan Tseng-Hsi in 1960 and chaired by Ronnie Chan. The company currently has a market capitalization of over $7.5 billion, according to Reuters. Together, the brothers are valued at about $3 billion and ranked 17th on Forbes magazine’s “Hong Kong’s 50 Richest” list.

Chan made a splash closer to home this spring, when it came to light that he had purchased real estate totalling more than $100 million in Harvard Square. The purchases were made through shell companies connected to Morningside Group. Many longtime Harvard Square businesses occupying the buildings chose or were forced to close amid rising rents after the purchases. 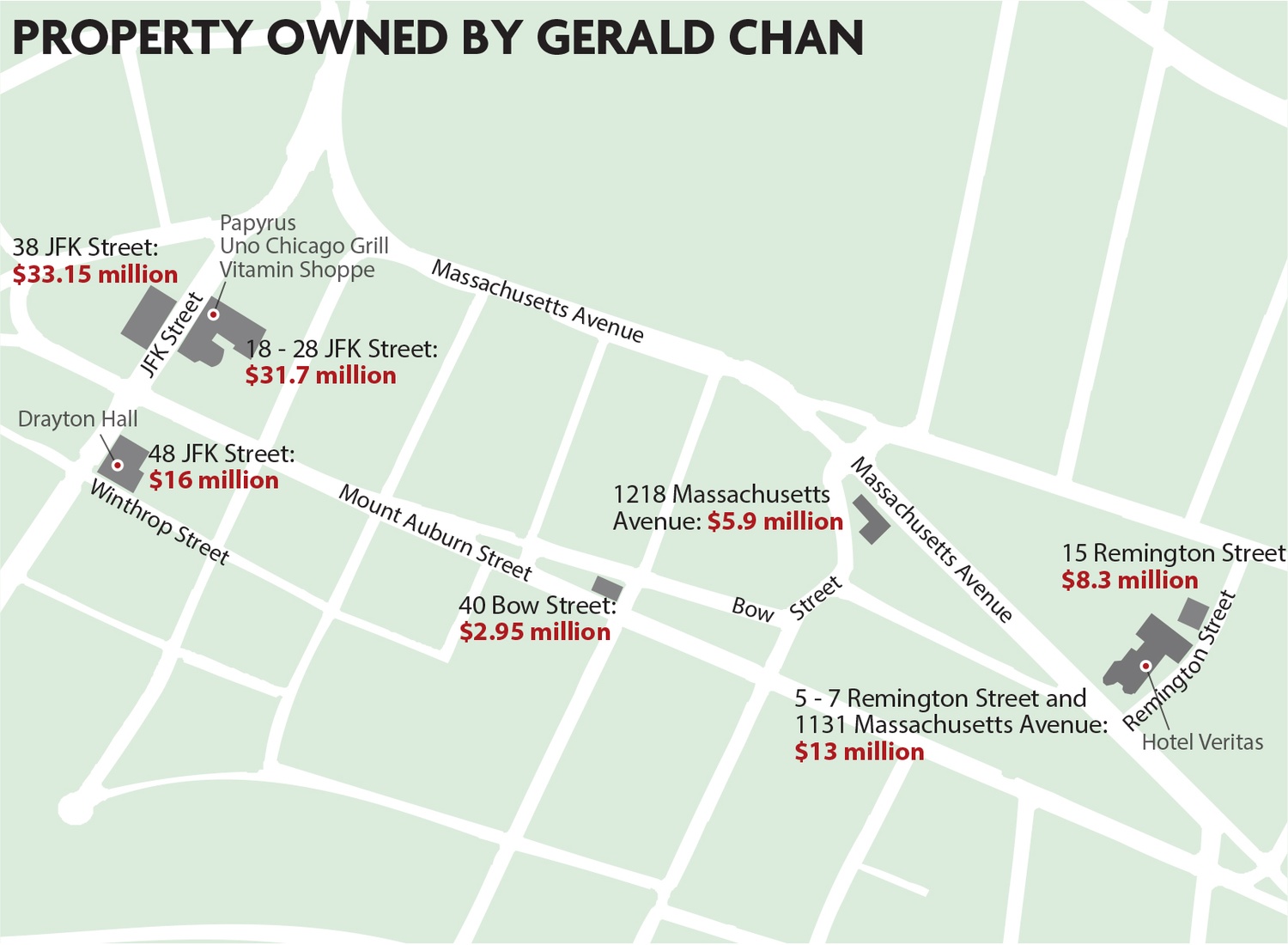 Tamarind Bay, an Indian restaurant that had been open for almost a decade, was among them. Chan’s son, Ash Chan, plans to open a Japanese late-night restaurant in its place.

Chan, who lives part-time in Newton, Mass., has remained closely associated with the School of Public Health through the years, serving on the Harvard China Advisory Group and on the school’s board of dean’s advisors. The Morningside Foundation also established a professorship in radiobiology there in 2012.

The gifts came from Morningside’s charitable arm, the Morningside Foundation, which Chan also directs. The foundation has a track record of supporting higher education, donating in 2006 the initial sum to establish Morningside College, a residential college within the Chinese University of Hong Kong.

University President Drew G. Faust said last week that she “first visited Gerald Chan a number of years ago,” and stressed that the gift “coming from an alumnus of the school is particularly meaningful because it reflects an entire lifetime of engagement with the school...from somebody who knows how his life was changed by his experiences.”

Indeed, Chan’s connection to his alma mater has not been limited to philanthropy. He gave a talk in 2011 about pairing investment decisions with scientific acumen and a year later offered a Wintersession course at the school on innovation and change in public health.

“I’m probably the ‘black sheep’ of the School,” Chan said in the 2011 talk, according to an HSPH press release. “Not many graduates of this school go into the private sector. But I would like to report that I haven’t gone completely to the ‘dark side.’ I’m in the private sector, but I’m still involved in science and I’m still very concerned about the public good.”

Chan was subsequently invited to deliver the school’s 2012 Commencement address. In his address titled “The Idea of Public Health,” the investor spoke about the notions of idea, public, and health, ultimately underscoring the role graduates can play in fulfilling unmet global needs.

“Perhaps in social enterprises, our young people will find a way of melding together public and private interests and in so doing, will define a sustainable equilibrium both in their own personal lives as well as for society at large,” Chan said at the time.