At Conference, Warren Calls For 'Fighting Chance' For Americans 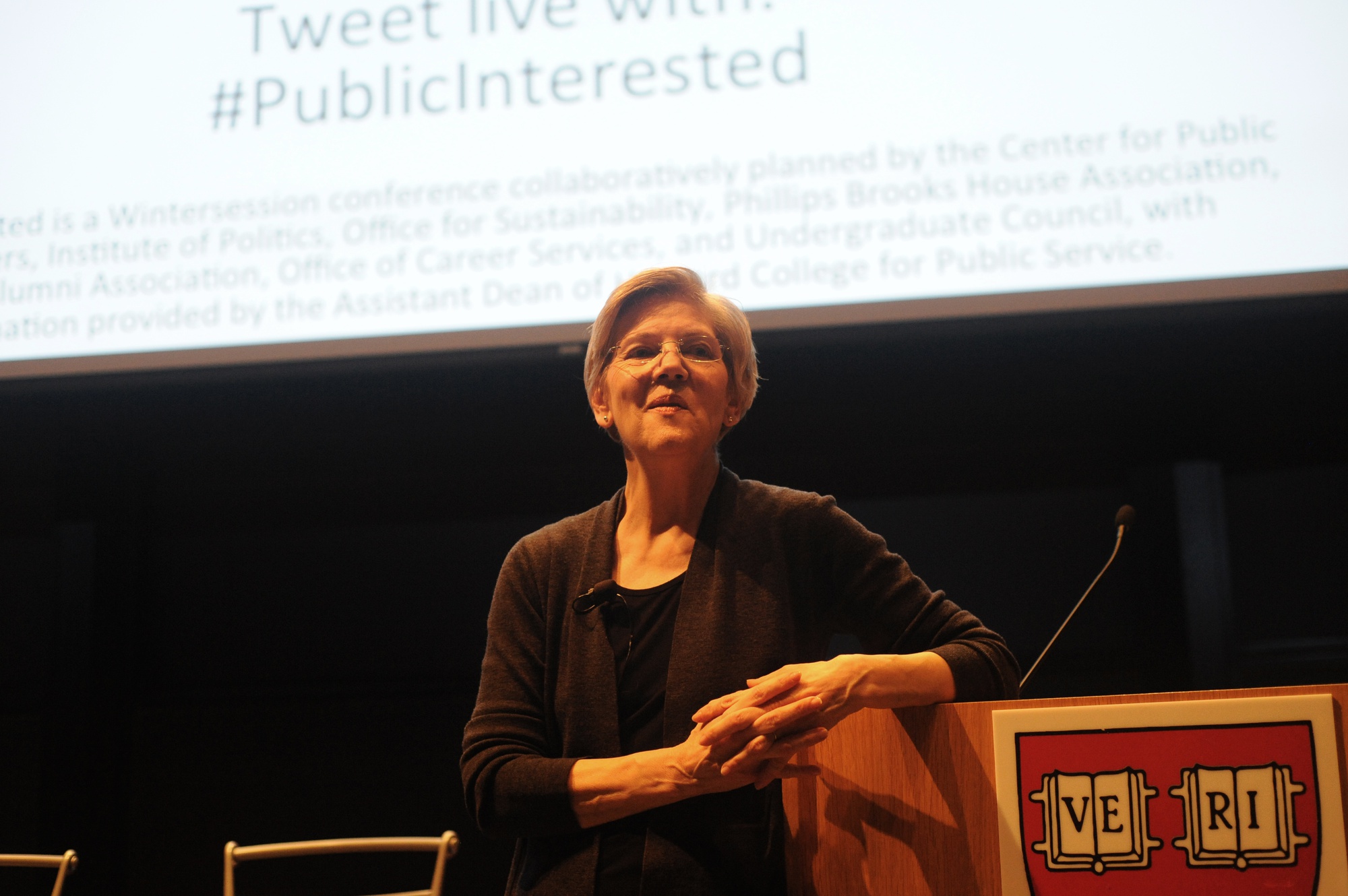 U.S. Senator Elizabeth Warren, a former Harvard Law School professor, called for more equal opportunities for minority groups and a government that works for all Americans in a keynote address at a conference held at Harvard on Saturday.

“We have got to make this a country that we can believe in—a country that doesn’t just work for some of us, but a country that works for all of us,” Warren told the 500 students and alumni who attended the fourth annual "Public Interested" conference, an event that aims to help students explore postgraduate opportunities in the public sector.

Warren recounted her experience advocating for consumers, which eventually led to the establishment in 2010 of the U.S. Consumer Financial Protection Bureau despite warnings of pushback from the banks facing new oversight. 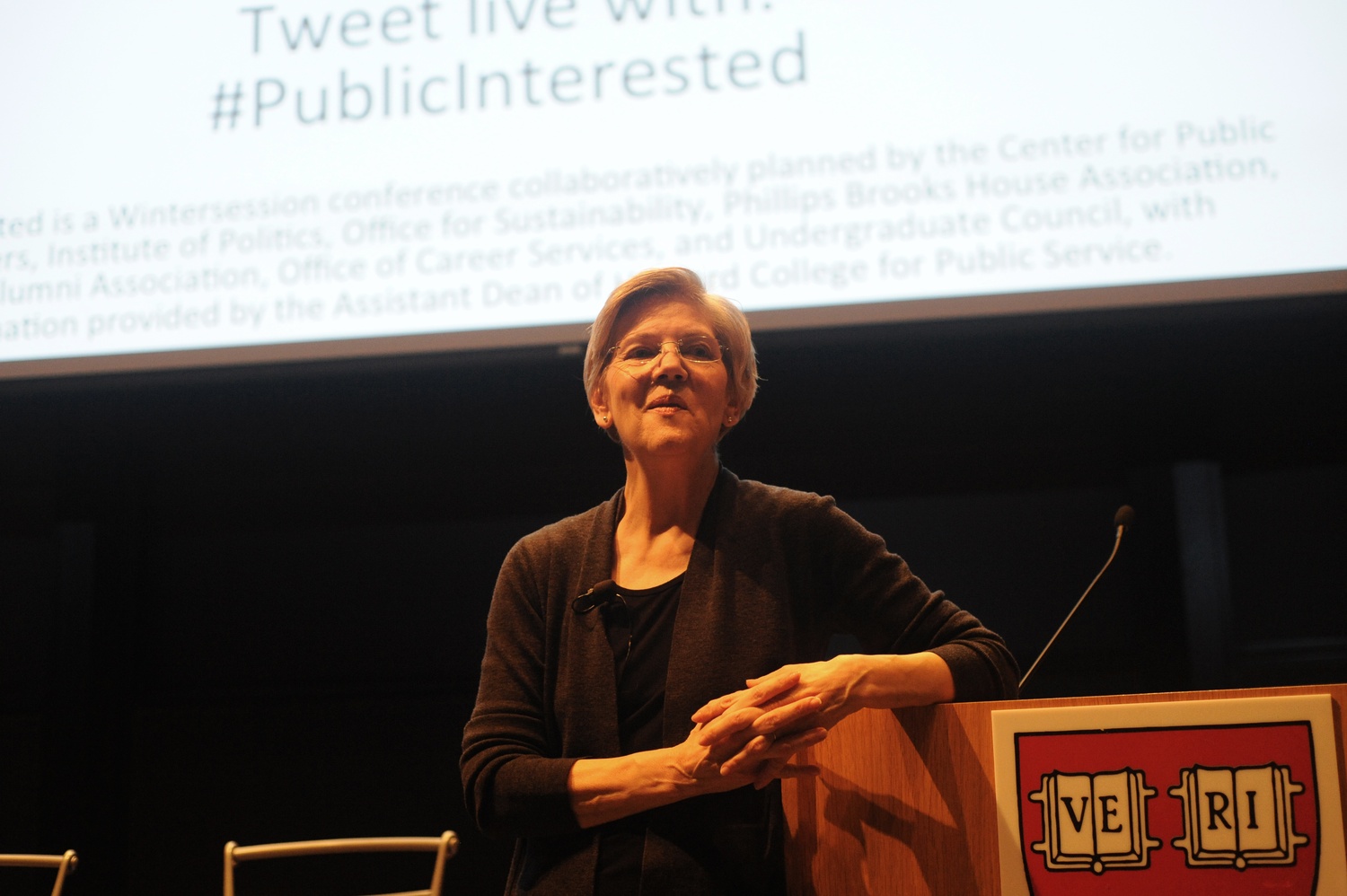 “You don’t get what you don’t fight for,” she said.

Addressing the issue of racial inequality, Warren argued that home ownership is the primary way through which American families build wealth and that discriminatory practices in the housing market have resulted in persistent inequality.

“We have been running parallel economic tracks that provide different levels of opportunities for people based on their race,” she said.

When a member of the audience pointed out that the Democratic Party will be the minority party in Congress next year, Warren said she did not go to Washington to be “the most popular girl in the Senate.”

“I’m here to fight what the people of the Commonwealth of Massachusetts sent me to fight for,” she said.

After telling several personal stories, Warren encouraged Harvard students to be open-minded and to grasp opportunities for making a difference.

Audience members said they were inspired by Warren’s speech, which was punctuated by frequent laughter and applause. Noah B. Kaplan, a Law School alumnus in attendance, said he thought the speech was “electrifying.”

“Having someone with that calibre and prominence at an event like this creates a lot of energy and gives people a sense of possibility,” he said. 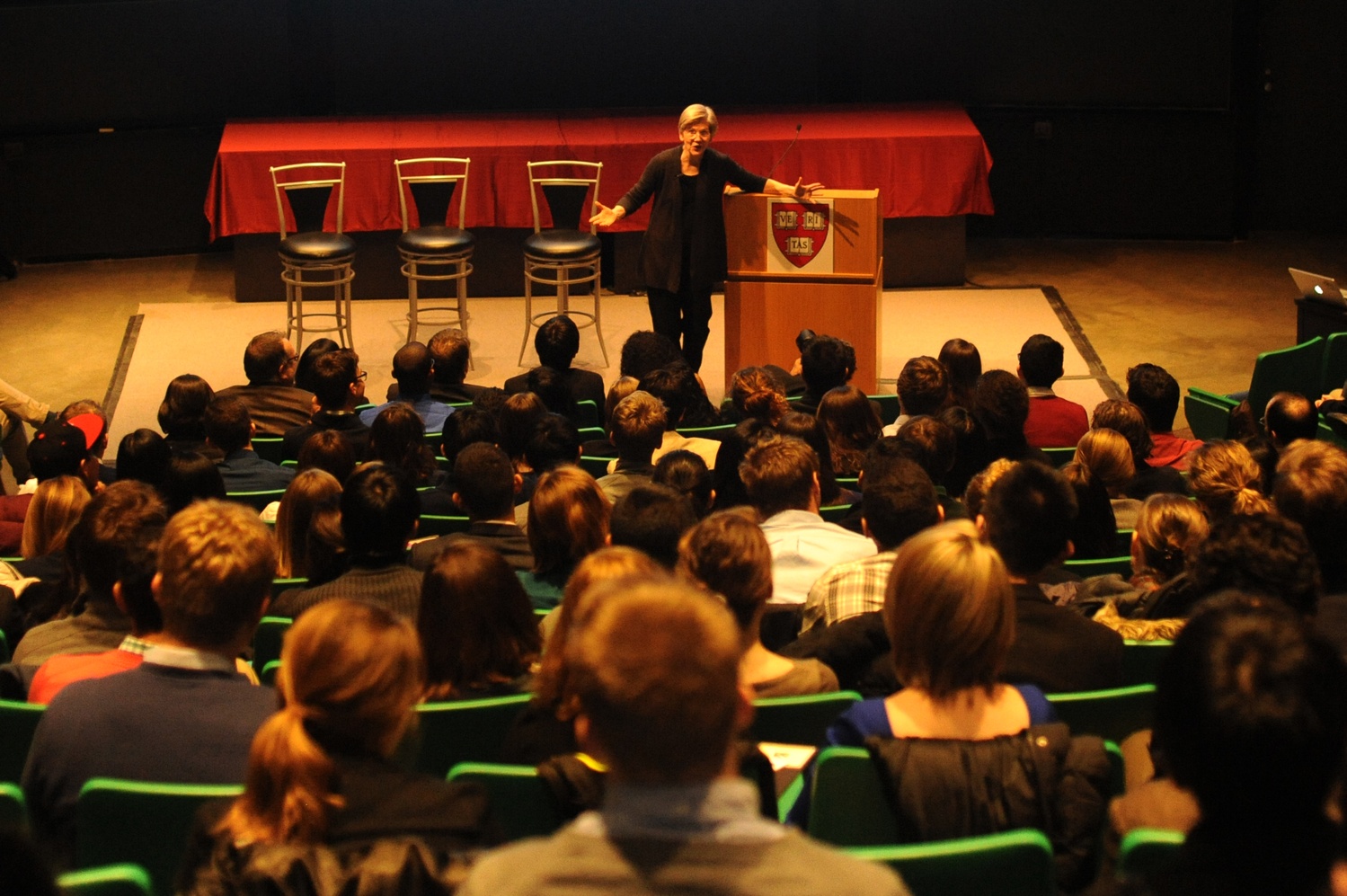 U.S. Senator Elizabeth Warren of Massachusetts speaks about U.S. politics to a packed audience in Science Center B on Saturday afternoon. Warren spoke at the "Public Interested" Wintersession conference. By Matthew W DeShaw

The conference also featured panels, workshops, and a networking session where alumni recruiters from 15 public service organizations connected with interested students. It is organized by several career advising and public interest groups on campus including the Center for Public Interest Careers and the Harvard Alumni Association, and coordinated by the College's assistant dean for public service, Gene A. Corbin.

Maribel Hernández Rivera ’04, a recruiter from Immigrant Justice Corps, said the conference felt like a “validation” of the public sector.

“It’s great to see the energy from people who are willing to spend a Saturday here to tell you this is great to do,” she said.

—Staff writer Zara Zhang can be reached at zara.zhang@thecrimson.com.