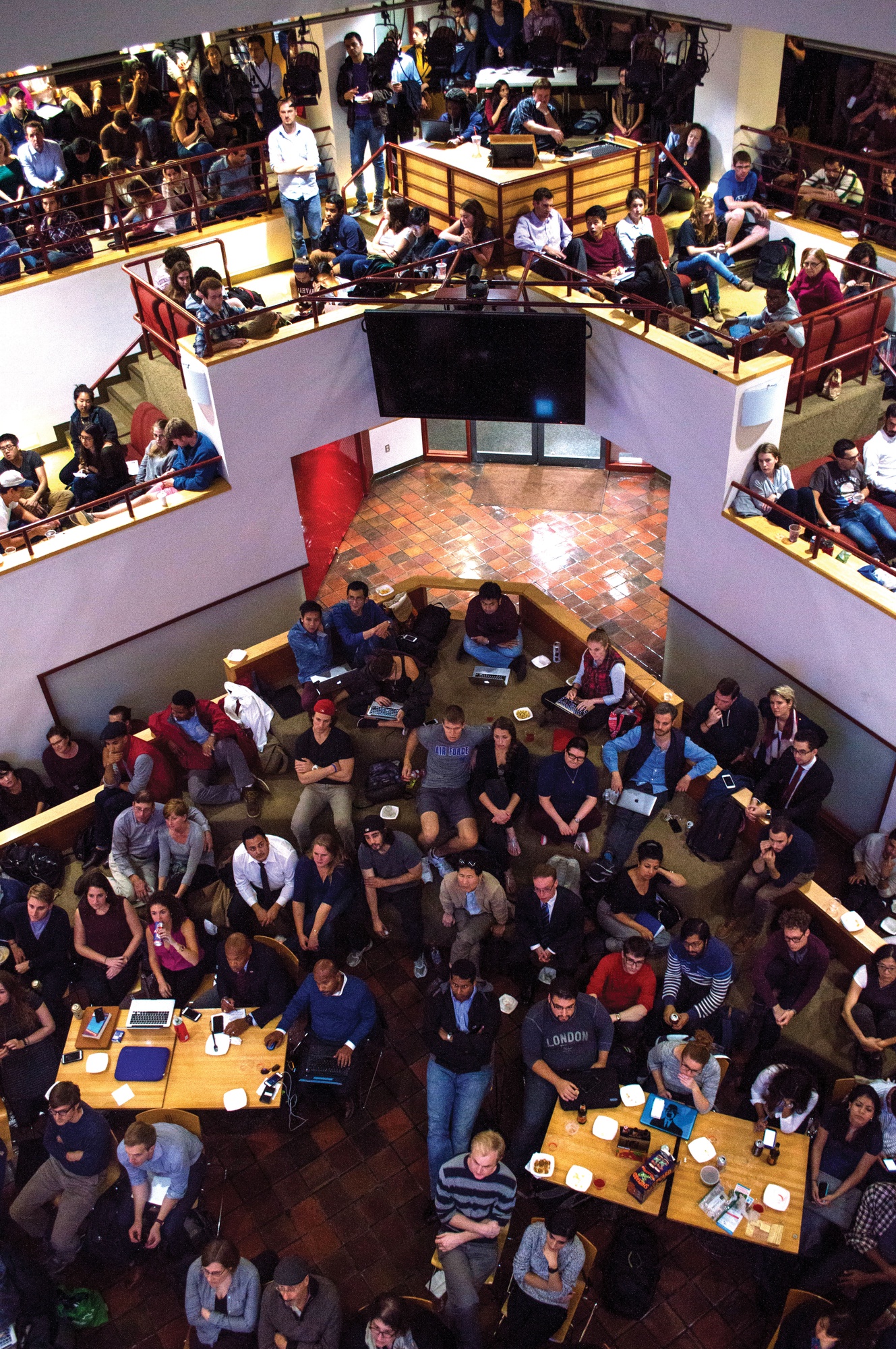 After Tuesday’s Democratic presidential debate, Harvard professors agree on one thing: Hillary R. Clinton emerged as the winner of the debate and the frontrunner for the Democratic Party’s nomination in 2016.

Prior to the evening debate in Las Vegas, Clinton had been losing support in the polls to Senator Bernie Sanders of Vermont and Vice President Joe Biden, who has yet to enter the race but is considering a run. Many commentators said pressure was on Clinton to strengthen her position as the Democratic frontrunner in the face of scandal over her private email server and her impending testimony in front of the House committee tasked with investigating the 2012 Benghazi attacks. 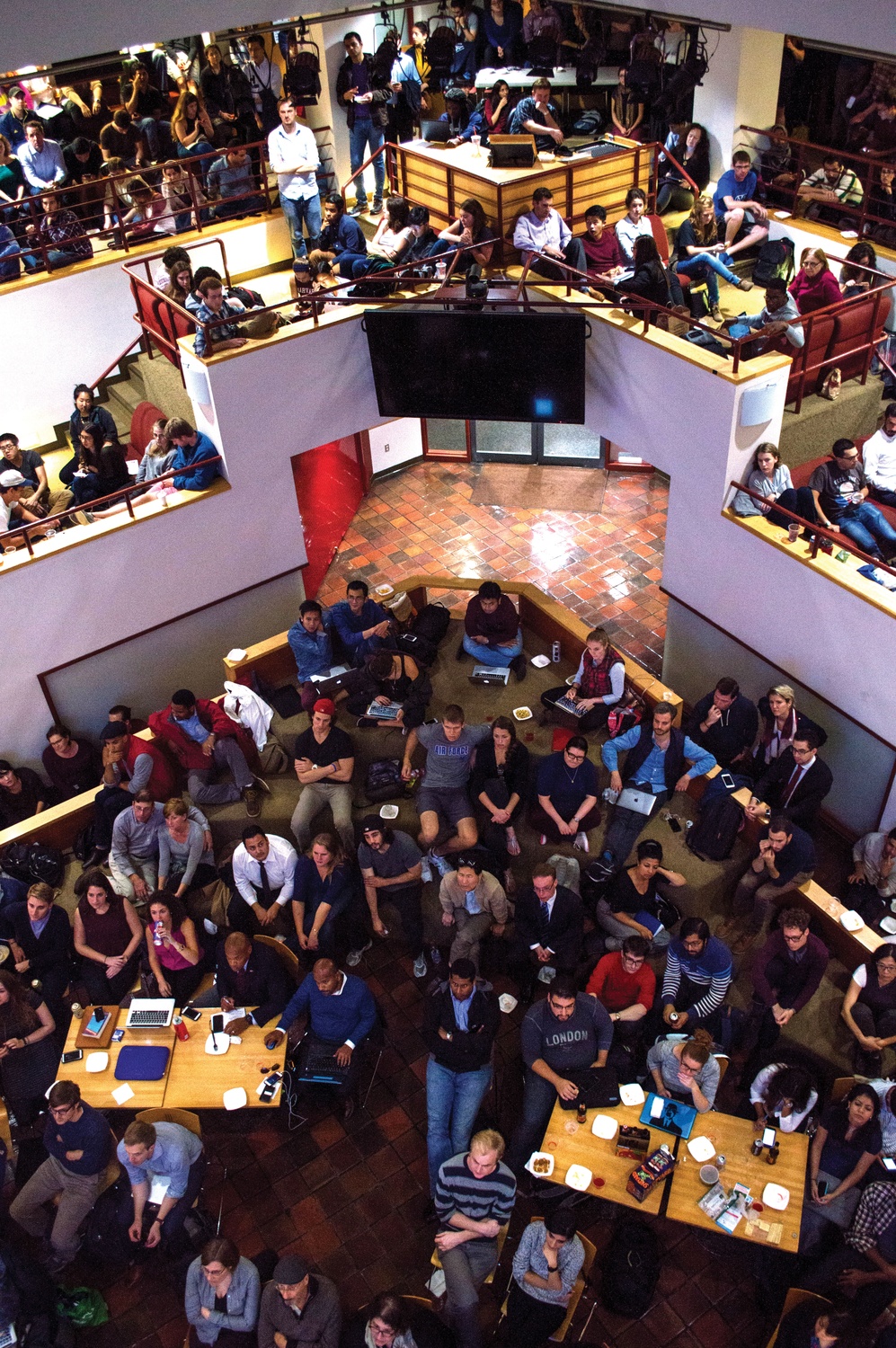 Students crowded the John F. Kennedy Jr. Forum to watch a screening of the Democratic presidential debate in Las Vegas on October 13, 2015. By Y. Kit Wu

The general consensus, according to Harvard professors, is that she performed well in the debate, outshining Sanders and the lesser-known former senator Jim Webb, former Maryland governor Martin O’Malley, and former Rhode Island governor and senator Lincoln Chafee.

“She did exactly what she needed to do,” said David R. Gergen, a Kennedy School of Government professor who advised former President Bill Clinton, Hillary’s husband, while he was in the White House. “She has reemerged as presidential. ... She has the best opening she’s had in months to emerge as frontrunner, not just for the candidacy, but for the [White] House.”

“I agree with everyone else: It was totally dominated by Hillary Clinton,” said Mansfield, who is famously conservative. “I think she did a very good job showing optimistic Republicans that she’s not fading and is going to be a formidable candidate.”

Professorial opinions of Sanders, the second-most popular candidate in the polls, were more divided.

“I thought his passion, his intensity, his capacity to argue in down-to-earth ways all served him well last night,” Gergen said.

Kennedy School professor Jeffrey A. Frankel had a similar impression. “There was quite genuine passion, especially with Bernie Sanders,” he said.

In contrast, Peterson said both Sanders’s unwillingness to press Clinton on the email scandal and his unclear stance on gun control painted him as a weak and inexperienced presidential candidate.

“I decided that after listening to the debate, Bernie Sanders is not seriously running for president,” Peterson said.

In comparison to Clinton and Sanders, Gergen said, “the other three candidates were mostly a sideshow. ... They’re not going to be a serious factor.”

Professors predicted that the debate would have little effect on the campaigns of O’Malley, Webb, and Chafee, all of whom have polled well below Clinton, Sanders, and even non-candidate Biden so far.

“The one who got hurt most,” Gergen said, “is Joe Biden.”

The vice president, who remains third in the polls, may be discouraged from joining the race following Clinton’s strong performance in the debate, some professors said.

Peterson suggested that Clinton’s strong performance sends the message that Biden would “have a tough time” running for president.

More generally, the tone of the Democratic debate was different from its Republican counterparts, according to professors.

“These debates are so often full of posturing and pretending there’s a policy difference when there isn’t,” Frankel said. “[This] debate was refreshingly focused on the substance of policy issues.”