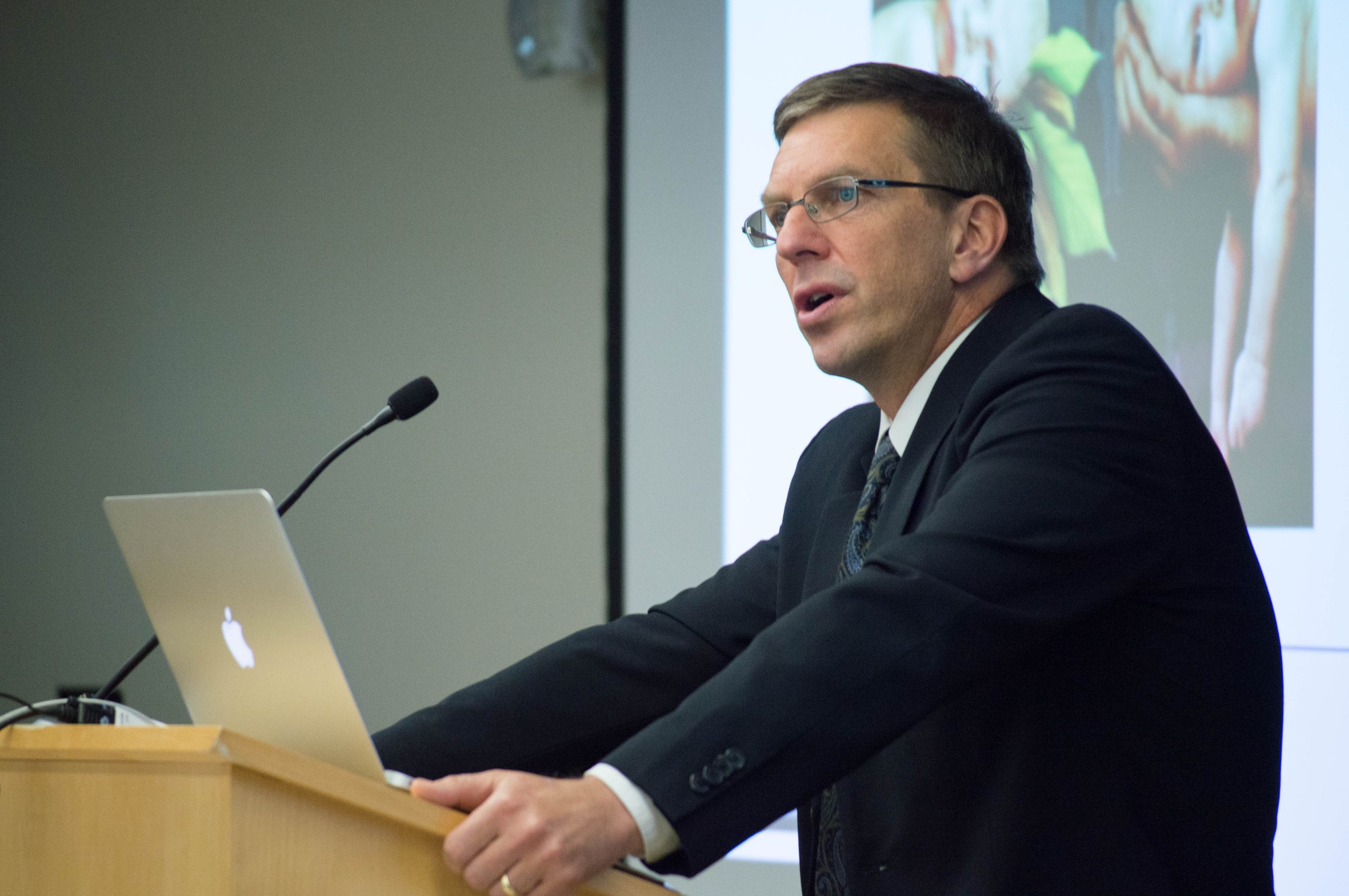 Julian Savulescu, a professor of ethics at the University of Oxford, speaks about the moral framework revolving around bioethics in a Harvard Law School discussion. "There is no simple solution," emphasized Savulescu. He went on to conclude that bioprediction can be used ethically, however only in specific circumstances.
By Maxwell J. Simon, Contributing Writer

Julian Savulescu, a professor of practical ethics at Oxford, argued for the practice of taking controversial biological measures to foster moral improvements in society at Harvard Law School on Tuesday.

Savulescu’s lecture focused on the ways advancements in science can improve moral behavior, such as by predicting which people have a greater likelihood of being violent through their genetic makeup. 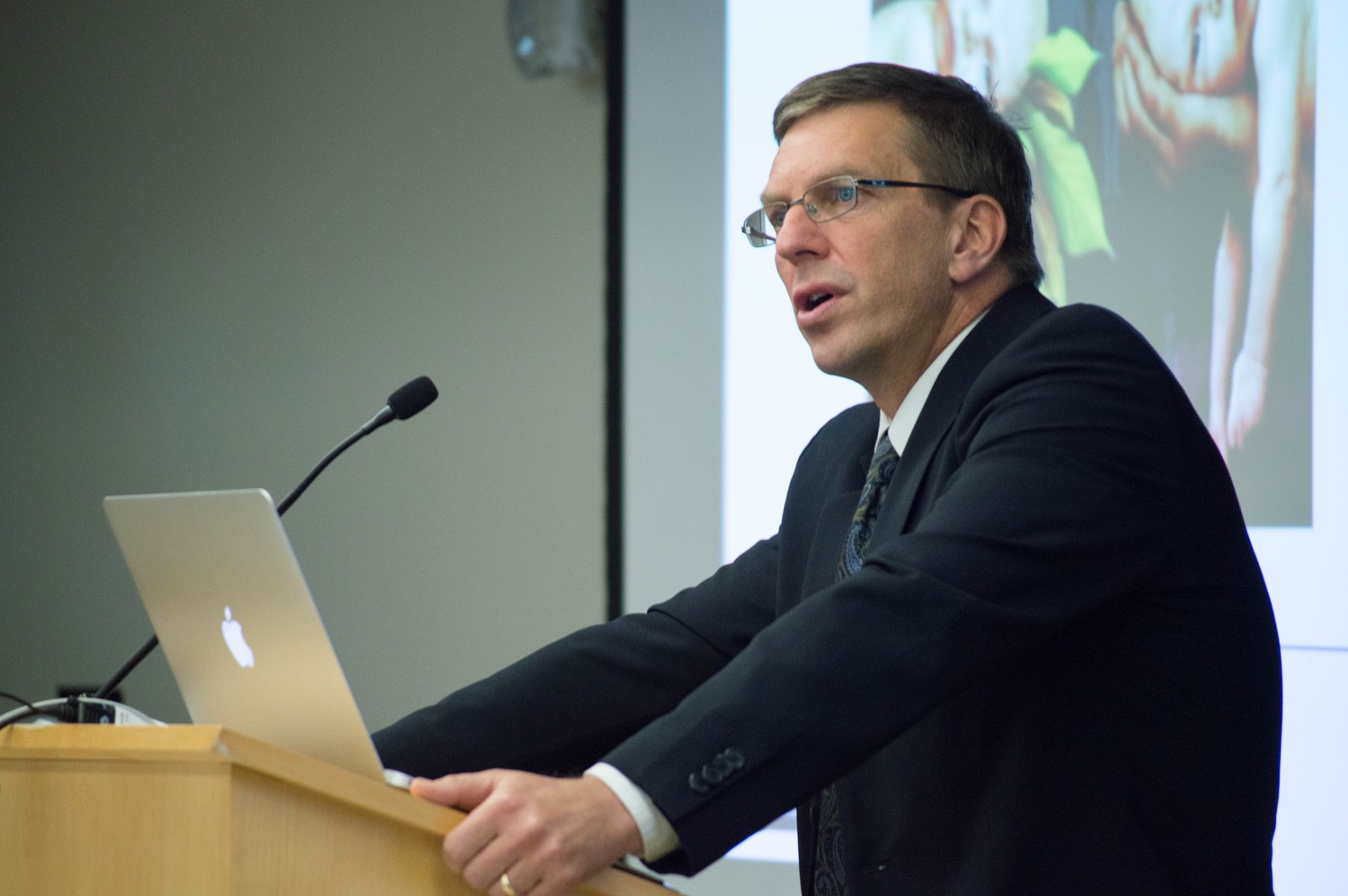 Julian Savulescu, a professor of ethics at the University of Oxford, speaks about the moral framework revolving around bioethics in a Harvard Law School discussion. "There is no simple solution," emphasized Savulescu. He went on to conclude that bioprediction can be used ethically, however only in specific circumstances. By Y. Kit Wu

According to Savulescu, continued research in life sciences and neuroscience may lead to future opportunities in the use of biological markers that can test for certain genes that predict aggressive behavior, which would potentially alter the criminal justice system.

“It’s quite plausible that in the future, increased knowledge of neuroscience, neuroimaging, genetics, and biology will provide more fine grain ways of dividing human beings into low and high risks,” he said.

He added that critics who condemn his research overwhelmingly cite objections regarding individuals’ autonomy, the ethics of acting on this research if scientifically possible, and the nature of morality itself.

For his part, Savulescu countered these criticisms by pointing to potential societal benefits.

“Putting someone on Ritalin after one violent crime reduces the reoffense rate,” he said. “Reduction of violence against innocent people is absolutely a moral outcome.”

Savulescu also spoke of the widely contested practice known as procreative beneficence, the eugenic selection of embryos with what he described as “the best chance of the best life.”

“We could use genetic testing of embryos to select those embryos of the group that are healthy, and otherwise equal, who have lower risk of violent aggression,” he said.

Peng Zhao, a visiting fellow at the Law School who attended the lecture, said this category of medicine has broad implications.

“I’ve found through this presentation that there may be some solutions to the significant scientific disputes of genetic enhancement research currently taking place in China,” Zhao said.

Savulescu argued that although these scientific interventions to promote moral behavior may limit freedom, both potential victims and criminals would be better off.

Following the lecture, Thomas I. Cochrane, a neurology professor at Harvard Medical School, warned of the dangers of adopting this practice too quickly.

“We are really in the infancy of this technology. These traits that we’re talking about are incredibly complex, even if you’re referring to them on an abstract level. There certainly is a risk of adopting this technology too early,” Cochrane said.