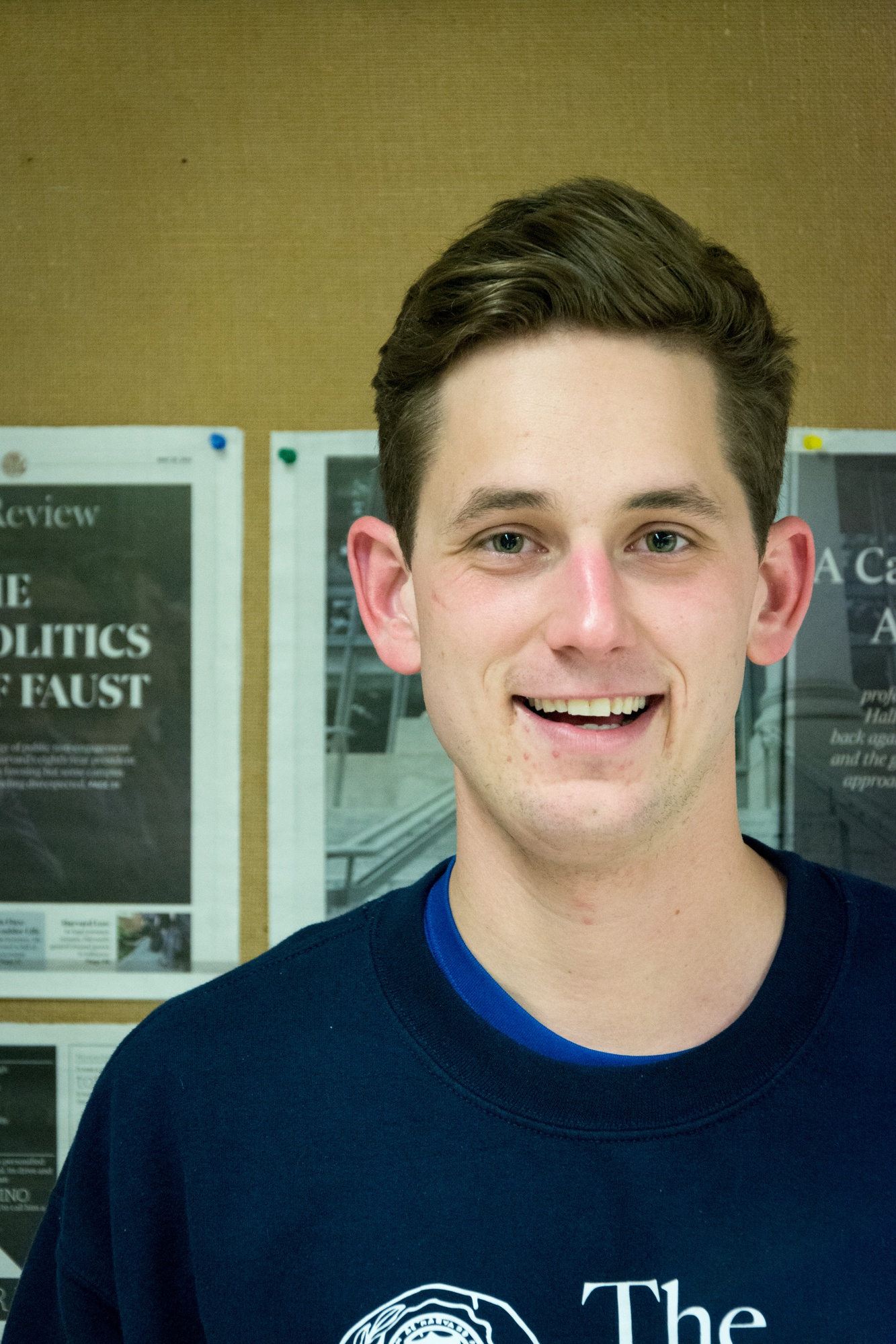 Editing Ourselves and Looking Ahead

There were times when I didn’t love The Crimson, but they are dispersed thinly among moments when 14 Plympton was great to me and so many others.
By Matthew Q. Clarida 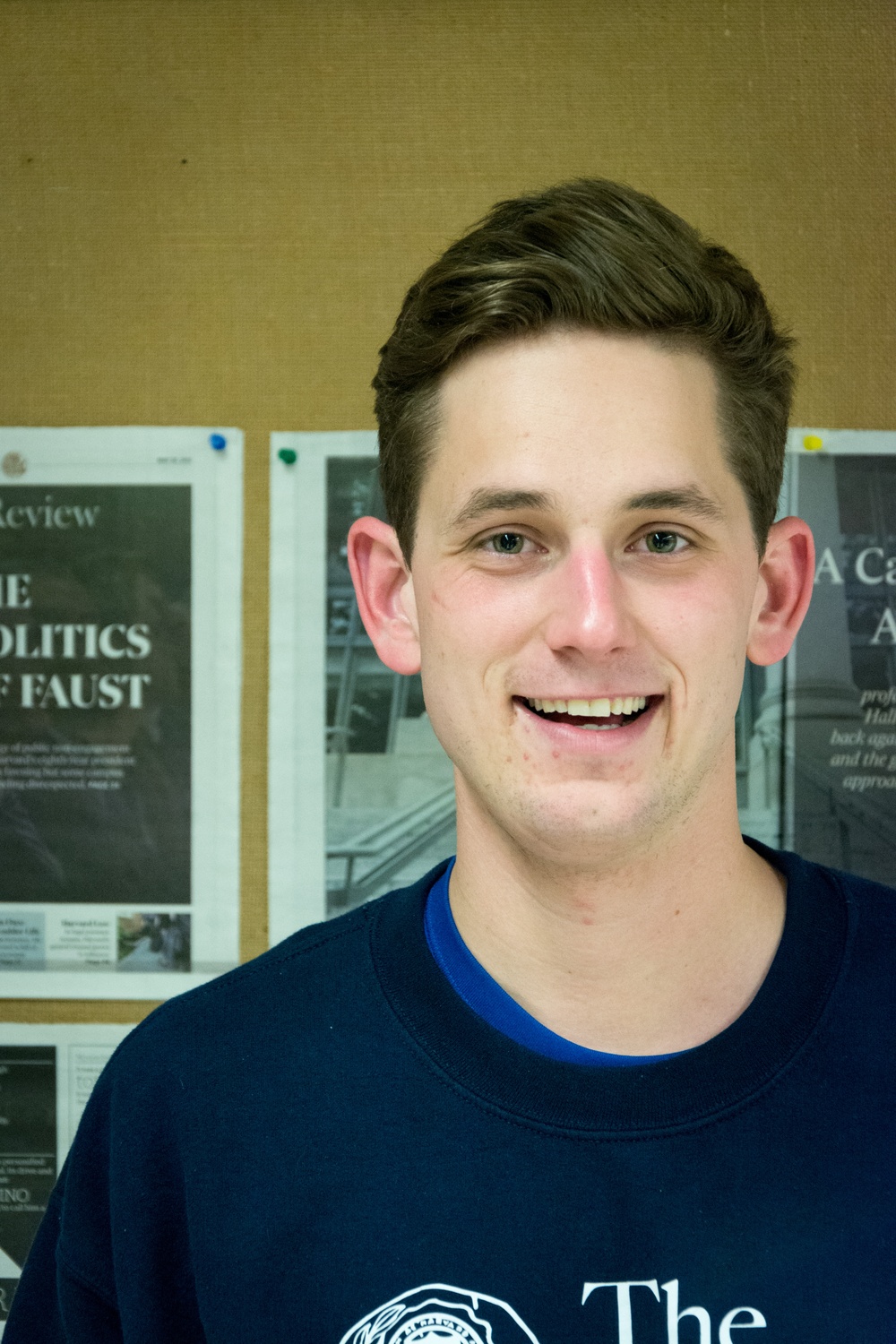 I made it past the bomb-sniffing canines and slid into a seat next to the guy from The Wall Street Journal. The mood inside the Copley Sheraton that day was tense: 72 hours prior, bombs had torn through the finish line of the Boston Marathon. With each passing minute, it seemed, the public grew a little less confident that the authorities would find those responsible.

The day before, officials from the FBI had told the press that they were about to share important information about the investigation, only to cancel consecutive press conferences. Expectations among the press corps were low on Thursday, April 19. Then, the FBI agent flipped over a couple of science-fair-style poster boards and told of two men in golf caps who had set off “pressure cooker” explosives.

I was 19 years old, running on adrenaline, and seeing the world change before my eyes. I was also missing classes and review sessions during midterm season, and I was hours removed from a 62/120 score (curved to a C+ by some genie formula) on an Economics 10b exam. (My father is a professor of economics. This is the first time my parents will learn how low that grade really was.)

As the world began to look for the “man in the white hat” and “the man in the black hat,” I jumped in a cab and rushed back to The Crimson. I called my mother on the way and told her that they’d never find the culprits: Terrorists with bombs usually have escape plans. I was wrong. After the longest night of my life—spent, of course, at 14 Plympton St., where I’ve since had dozens if not hundreds of very long nights—the authorities captured one Tsarnaev brother and found the other dead.

As I stumbled back to my Wigglesworth dorm room that Friday night, I knew I was hooked on The Crimson forever. The prediction was on point: I left the crime beat to cover the Faculty of Arts and Sciences and then to report on Harvard’s president. I eventually became Associate Managing Editor, got my own desk and computer, and worked hand-in-hand with the writers who came after me. They did some great work. Meanwhile, the paper become an ever more dominant part of other aspects my life: I wrote and worked here (even on weekends), had my social life here, dated two of my coworkers, and felt the greatest highs inside 14 Plympton.

No story is complete without the muddy parts, though, and I’ve had my fair share. Both relationships failed after I couldn’t figure out the right mix of professional and personal life. I was occasionally late for class and sometimes slept on our building’s various crappy couches. Last fall I decided to run for Managing Editor: I lost and saw my character assassinated by friends and non-acquaintances alike.

These were times when I didn’t love The Crimson, but they are dispersed thinly among moments when 14 Plympton was great to me and so many others. This place is unique in the Harvard ecosystem. Of the University but not a part of it, we hold accountable the decision makers of one of the world’s leading institutions; chronicle its triumphs in research, teaching, and athletics; and provide an unparalleled opportunity for college kids to manage a million dollar business. I couldn’t feel more strongly that ours is an organization worth working for. While my commitment to The Crimson has demanded an incredible amount, it has given me back so much more.

As I leave, though, I know I could have done better. I expect that my colleagues, proud as we are of our accomplishments, would say the same. The nature of The Crimson, after all, is that every story— even by a writer who has done it 211 times—gets edited twice, and no piece survives unchanged. Nevertheless, I’ll speak only for myself. I know now that I could have thought more of the different ways we can tell stories in a world that becomes more digital by the second, where attention spans have never been shorter, where there are a million competitors for each set of eyeballs. For similar reasons, I also could have devoted more focus to projects with development periods longer than 48 hours, the typical pre-publication lifespan of a 600-word story.

This is not to say that I was involved in all of our strategic thinking or a key decision-maker with any frequency; there are many projects at 14 Plympton that fall above the pay grade of Associate Managing Editor, for which I am often glad (I have enjoyed my weekends free, a luxury not experienced by my bosses). It’s also not to say that this thinking isn’t commonplace around 14 Plympton. All I mean to argue is that The Crimson’s future leaders will likely need to consider these winds of change with ever-increasing frequency. To put it more succinctly: Doing what your predecessors did likely won’t cut it.

I am confident, though, that the guards of the future will excel, and I hope any readers forgive my acute bout of separation anxiety. The Crimson’s leaders of tomorrow have taught me to be a better writer, a more articulate thinker, and a truer friend. Its leaders of today have become some my closest friends and most trusted allies. I couldn’t be more thankful. 14 Plympton is in good hands, and with fewer than 40 papers left in the 142nd guard, I can’t wait to see how the 143rd keeps the old sheet flying.

Matthew Q. Clarida ’16, one of The Crimson’s associate managing editors, is a government concentrator in Cabot House. He thanks his mother and anyone who has ever asked how he’s doing and listened to the answer.