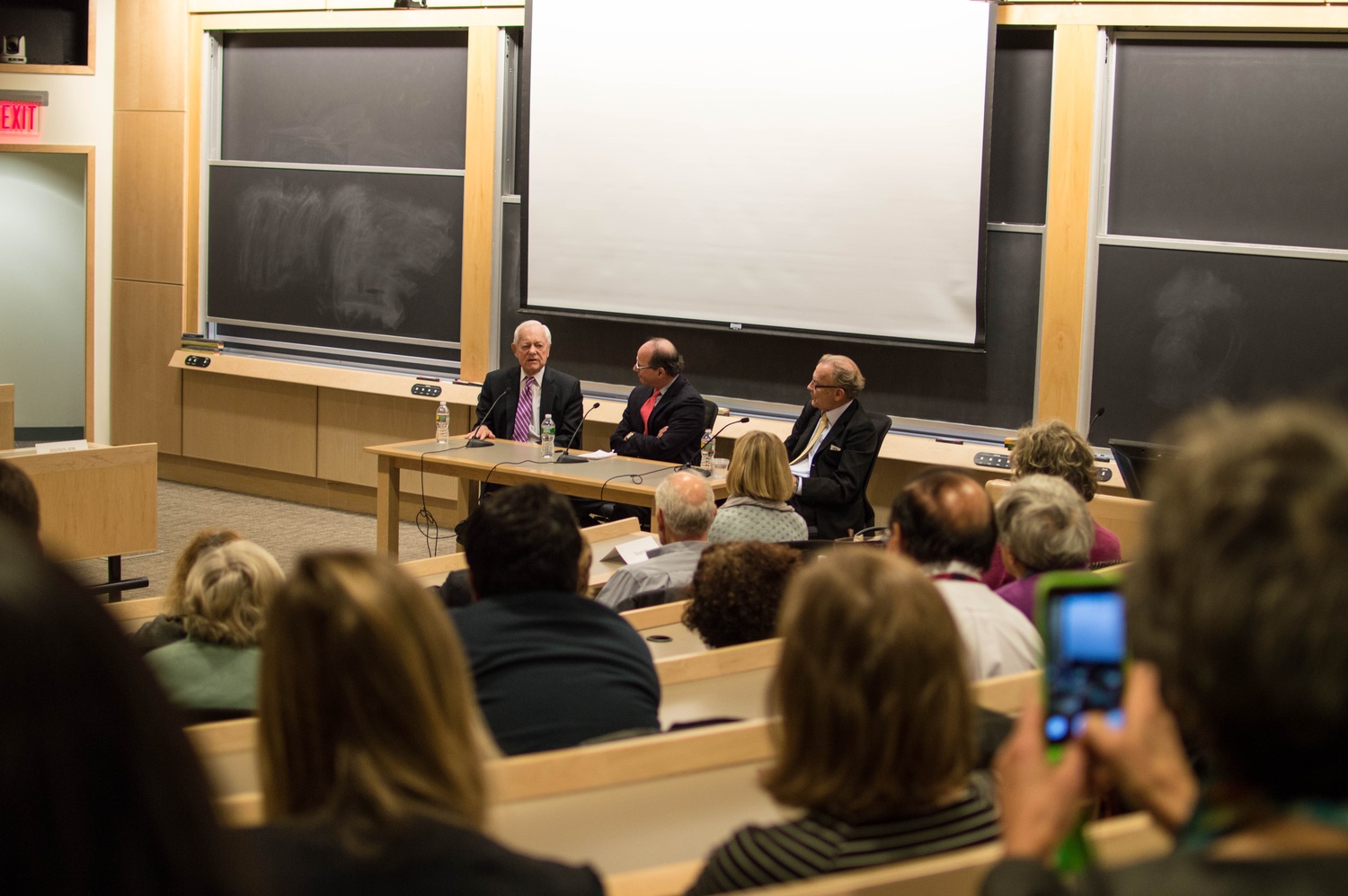 The Shorenstein Center on Media, Politics, and Public Policy hosted a screening of the film “Dateline-Saigon,” an account of the freedom of access journalists had during the Vietnam War and the conflicts that resulted, on Monday night in Wiener Auditorium.

The film profiles five journalists who became known for their coverage of the Vietnam War and all went on to win Pulitzer Prizes—Peter Arnett, Malcolm Browne, and Horst Faas of the Associated Press; the New York Times’s David Halberstam ’55; and United Press International’s Neil Sheehan ’58—and follows their journey as they attempted to reconcile their previous convictions about the war with the reality on the front lines, creating controversy in the political world.

Both Halberstam and Sheehan attended Harvard and wrote for undergraduate publications; Halberstam was managing editor of The Crimson and Sheehan worked on the staff of the Advocate.

“The picture that Tom portrays about journalists’ freedom of access in Vietnam was still the case then,” Patterson said.

The film received praise from audience members, many of whom complimented the director after the screening.

“This is the best film about journalism in Vietnam that I’ve ever seen,” Schieffer said during the discussion. “This is what real journalism is about and you saw it in this film tonight.”

The documentary took 12 years to make, Herman said, and he and his team initially considered over 45 journalists who covered the conflict before settling upon the reporters portrayed in the film.

“This is the hardest thing I’ve ever done, but it has given me the utmost satisfaction,” Herman said in an interview after the session. “I made a lot of mistakes...One of the lessons I learned was to have faith in myself and my vision for this film.”

On advice for aspiring young filmmakers, Herman said, “have confidence in yourself...make sure you have a good story to tell and then stick to it.”

He said he hopes that the public will watch the film and learn about the courageous reporting of these five people, as well as understand the importance of journalism in speaking the truth.

“There are lessons to be drawn...the same things are happening today—it’s just as important as it was in the story that mostly took place 50 years ago,” Herman said.