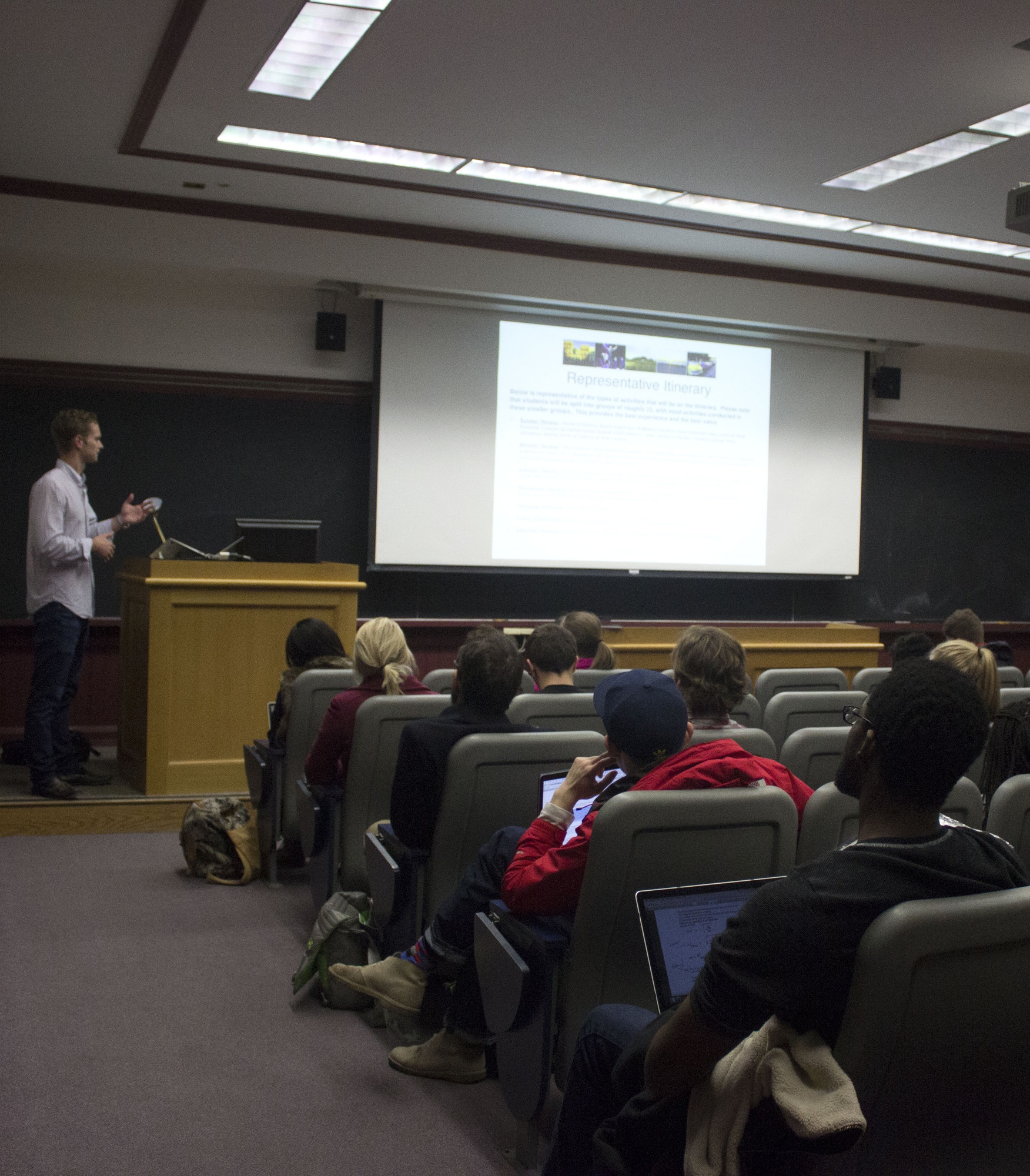 Students listen to Chad Olin talk about the planned spring break trip to Cuba, which involves learning about the culture and urban renewal efforts, as well as substantial interaction with Cubans.
By Daniel P. Wood, Crimson Staff Writer

Following the historic thawing of diplomatic relations between Cuba and the United States, students have voiced renewed interest in traveling to Cuba, through both a Harvard-affiliated study abroad program and a spring break tour of the country.

The American government still bans unlicensed tourism to Cuba, although the U.S. embassy opened in Havana this summer for the first time in half a century. Americans may travel to Cuba only under 12 specific licenses, including ones that cover educational, professional, or familial visits. 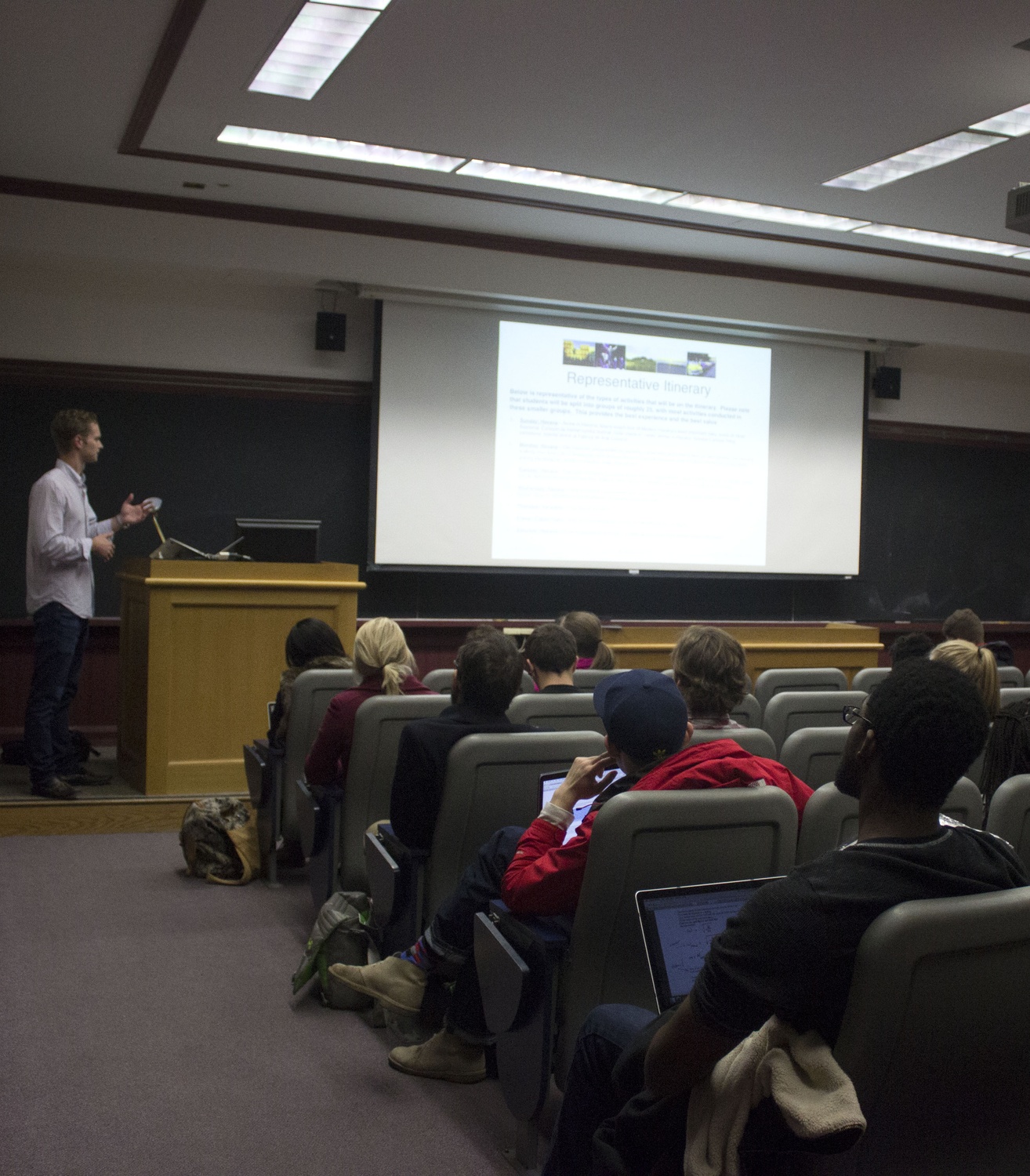 Students listen to Chad Olin talk about the planned spring break trip to Cuba, which involves learning about the culture and urban renewal efforts, as well as substantial interaction with Cubans. By Savannah I. Whaley

Recently, students have expressed more interest in the Harvard-affiliated study abroad program, according to Erin E. Goodman, associate director of programs at the David Rockefeller Center for Latin American Studies. The Cuba study abroad program has existed for eight years, made possible by an educational license.

Following the recent changes in diplomatic relations, families may visit students in the fall semester program legally for the first time, Goodman said.

Olin held an information session about the trip, made possible by an educational tour license, on Wednesday night in Sever Hall for a group of a few dozen people. The trip will run from March 12 to 19 and is expected to cost between $2,000 and $2,500 per student.

Hope G. Patterson ’17, who attended the event, said she hopes to travel to Cuba with the company this spring break because “Americans can’t generally travel to Cuba alone.”

“This one of the only chances I’ll get to actually see it,” she said.

“I’m an English major and Hemmingway is my favorite author ever,” Patterson added. “He wrote a ton of stuff in Cuba. We’re going to see his house and drink in places he drank. The English nerd in me is excited.”

While recent diplomatic action has opened Cuba more broadly to the United States, Goodman says she expects the country to “remain a unique destination for a while,” since students may still not use United States credit cards or open new bank accounts, so all transactions must be in cash.

“Although Cuba has been in the press and things are changing, they’re not changing as rapidly as we might expect,” Goodman said.