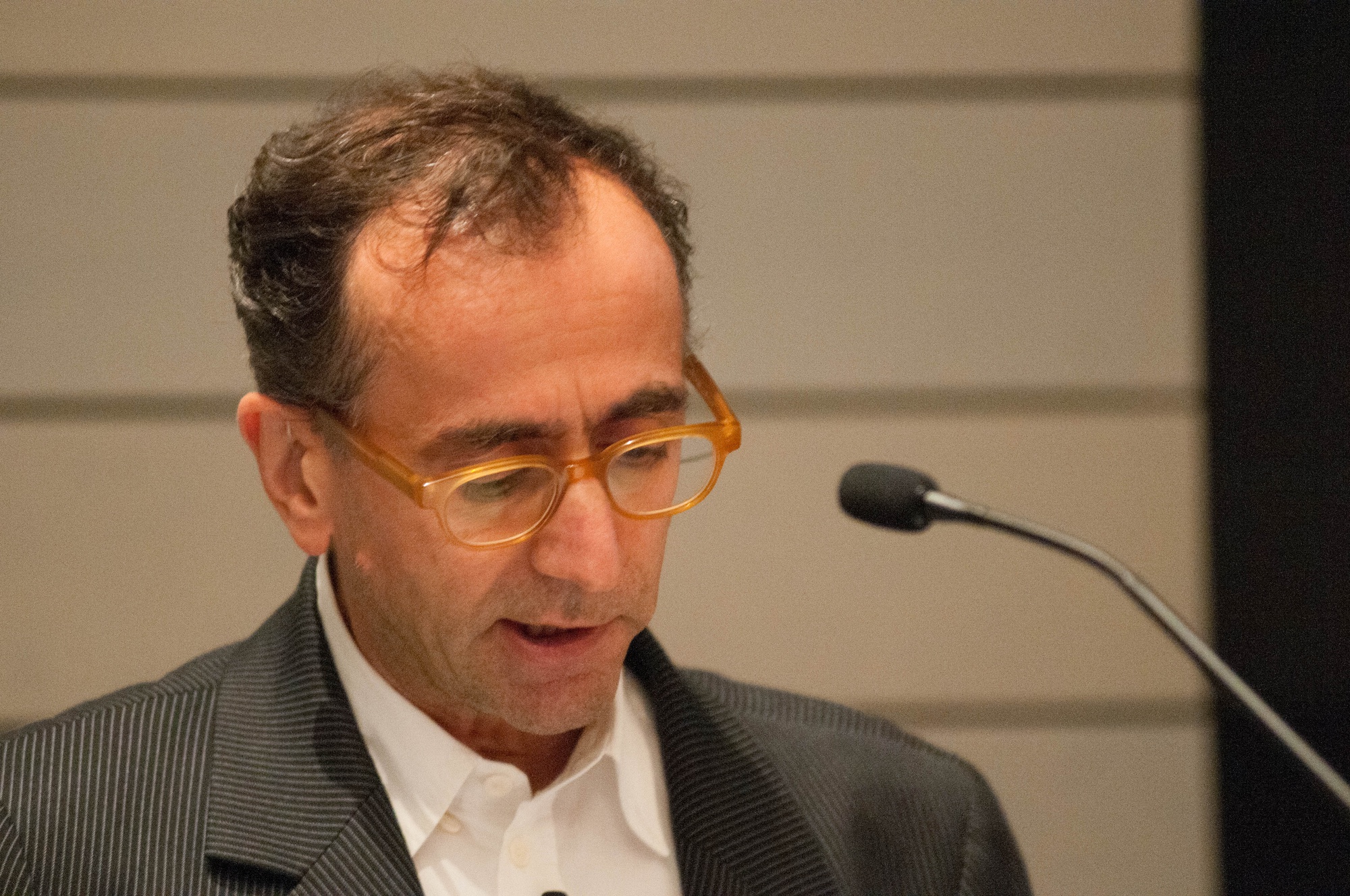 Nicholas Mirzoeff, a professor at New York University, speaks at the Harvard Art Museum on Thursday evening about "visual commons" in the context of historical events and most recently, the #BlackLivesMatter movement.
By Maxwell J. Simon, Contributing Writer

Nicholas Mirzoeff, professor of media, culture, and communication at New York University, discussed the Black Lives Matter movement, the events at the University of Missouri, and their relation to past social movements in a discussion attended by more than 100 people at the Harvard Art Museums on Thursday. 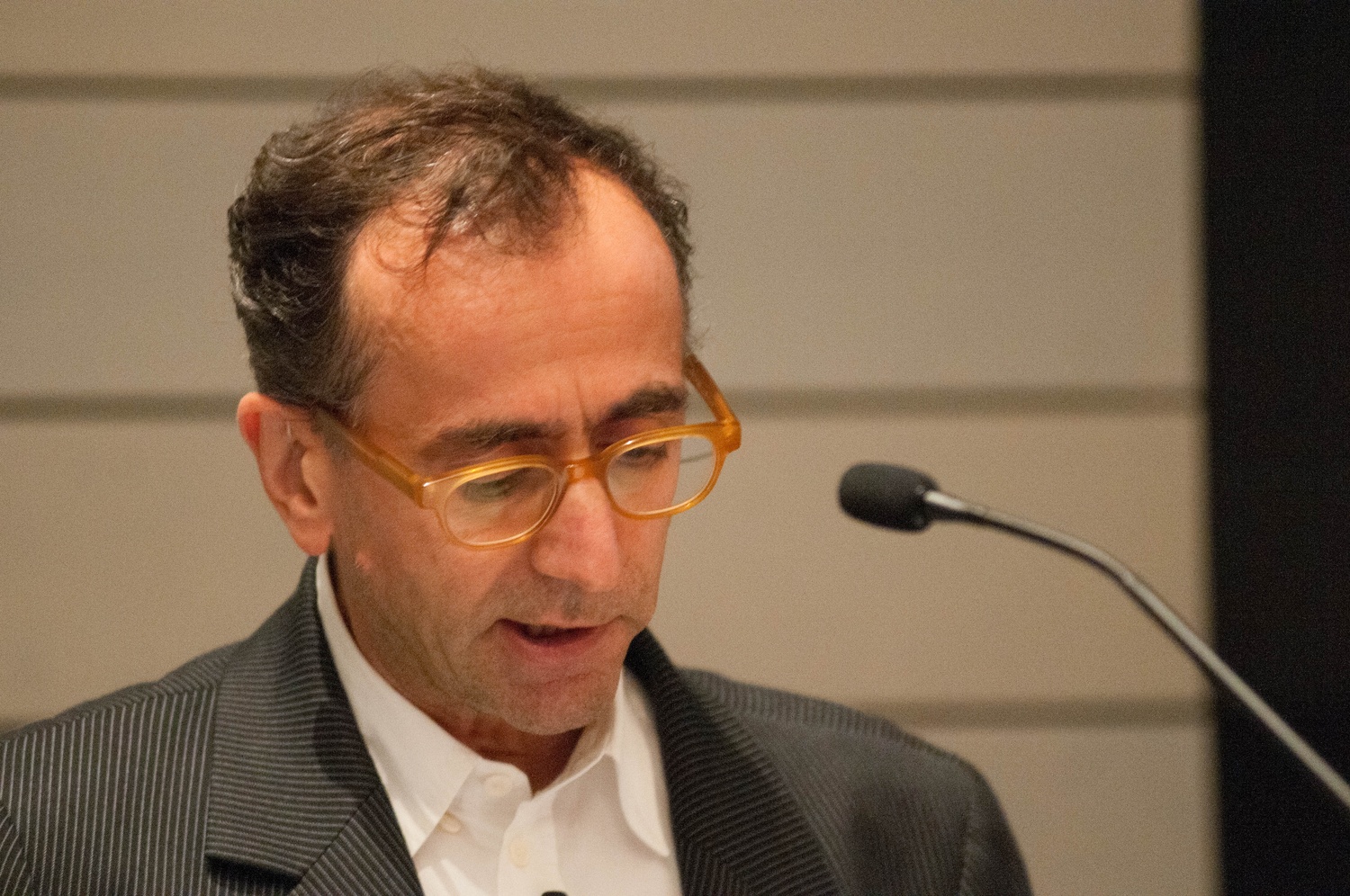 Nicholas Mirzoeff, a professor at New York University, speaks at the Harvard Art Museum on Thursday evening about "visual commons" in the context of historical events and most recently, the #BlackLivesMatter movement. By Y. Kit Wu

Mirzoeff spoke about how an increase in internet access and higher populations in urban areas have changed the outlook and methods of modern social movements.

“It is important to consider some of this imagery, much of it created over 50 years ago, in the context of the present situation,” Martinez said.

Mirzoeff focused his presentation around the idea of the “visual commons,” which he defined to be conceptual spaces “where we practice freedom, see each other, invent each other, and create a common space between us that cannot be owned.”

He also said citizens have a responsibility to use the visual commons to protest injustice in innovative ways in order to combat the short attention span of the media. Mirzoeff discussed the implications of Black Lives Matter and the visual commons on the current events taking place at the University of Missouri.

“It used to be said that if you wanted to enact a revolution, you needed to win over a segment of the armed forces; now we can say you need to win over a segment of professional athletes,” he said. “It was the combination of Missouri’s football team saying they were not going to play and the individual who went on a hunger strike which caused panic, and led to the resignation of the president.”

Mirzoeff compared the art and photography of African-American social action from the 1860s, American reconstruction, and the civil rights movement, eventually transitioning to modern times with the Black Lives Matter movement.

“The Black Lives Matter protesting of today does not address the corporate media, and that is a real change from the civil rights movement,” Mirzoeff said. “Now, we address social media.”

Samantha DeAndrade, a student at the Harvard School of Public Health who attended the event, said she was surprised by the role of social media in the Black Lives Matter movement.

“It starts on the ground at the crime scene, and then it spreads to college campuses, and now we’re in a museum talking about it,” DeAndrade said. “It reinforces the importance of social media and the great role it has played in getting these conversations started.”