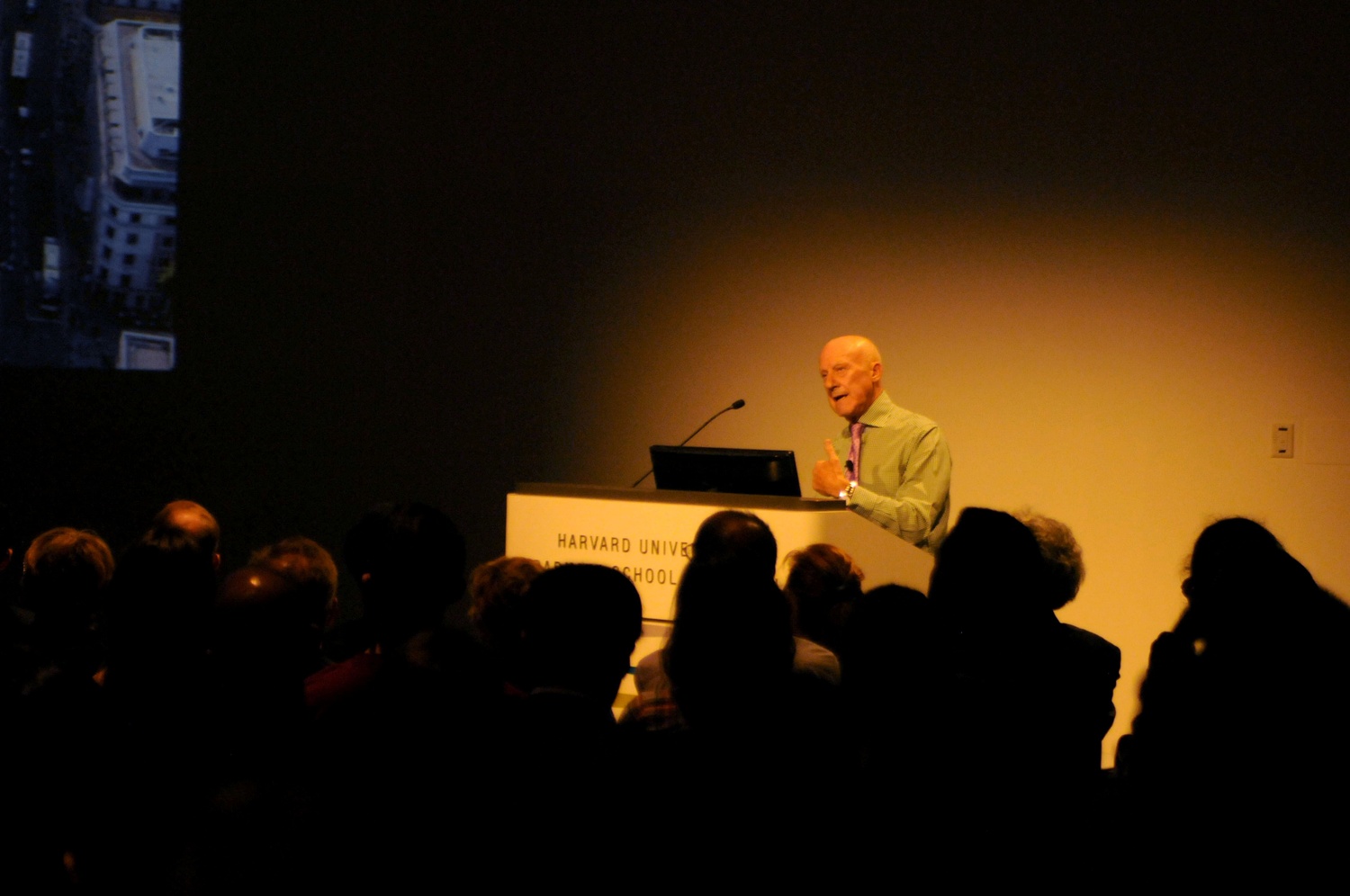 Norman Foster, a prominent architect with projects on six continents and over 40 years of experience, called for considering the environment in designing architecture at the inaugural Center for Green Buildings and Cities lecture on Thursday night.

In the talk, Foster drew upon his life experiences, his varied projects, and ideas about the impact of architecture on the environment to illustrate sustainable design technique. His creations include structures for urban design from London’s Trafalgar square to Abu Dhabi’s Masdar City, museums like Boston’s Museum of Fine Arts and London’s British Museum, airports in Beijing and Hong Kong, and government buildings such as the New German Parliament in Berlin.

Foster said he treated each individual project as an opportunity to pioneer in sustainable architecture, what he called a growing field.

“We’ve moved on to a new kind of architecture in which we account for the environment as much as we do its functional intent,” he said. “Architecture allows for expression in regards to the landscape and its connection to the surrounding world.”

Within each project, Foster elaborated on the methods he used in preliminary design—carefully taking into account a variety of factors from urban sustainability, to local culture, to function and purpose. Revolutionary design can be surprisingly similar to something familiar and traditional, he said.

“I think it was insightful how he broke down the projects—details of the facade, or a video of the air flow through the building—explaining to us what it was that defined the architecture itself," said Belle Suppapanya, who studied design at the Massachusetts College of Art and Design.

In addition, Foster described contemporary methods by which architecture could be more fully incorporated into a green society.

“Given the scale, the lightness, the quality of a building, our infrastructure is inseparable from the sustainability of cities," says Foster, "If we just look at the carbon footprints of those different kinds of cities, we see that many cities have the same population but have disproportionately different carbon footprints."

Foster also recognized the power of advocacy in raising awareness among politicians.

“Architects who have moved into the political domain and are able to be influential in their communities have paved the way for communities to become greener,” Foster said.

Foster cited the long-term importance of architectural sustainability, within larger demographics like cities. In cases such as bridges, smart architecture can improve a variety of standards such as traffic flow, daily visitations, commerce, and cultural integration.