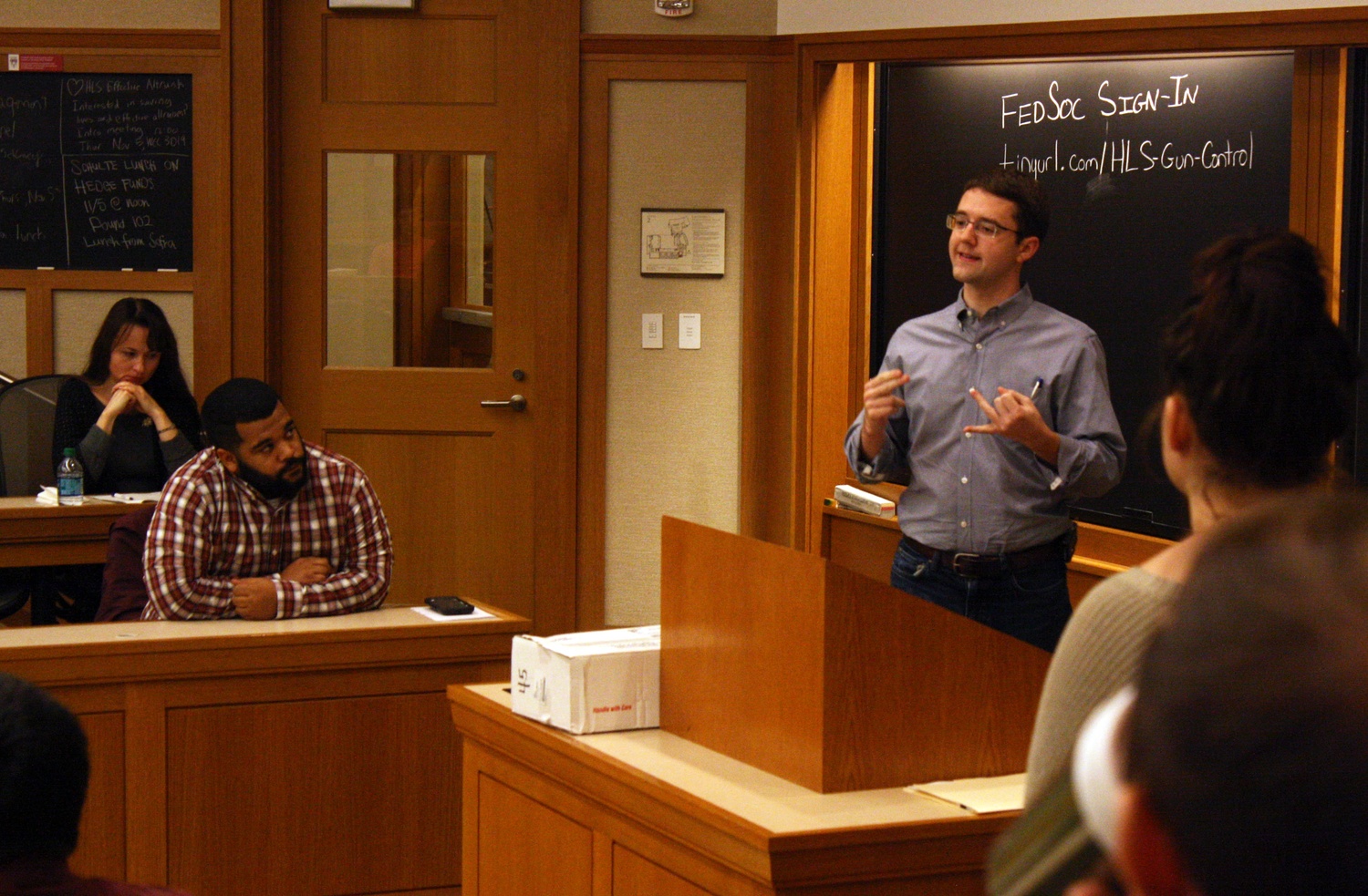 Two Harvard Law School organizations debated gun rights and regulations at a Colloquium on Gun Control this Thursday night. The Federalist Society, a conservative, moderate, and libertarian group, argued for the preeminence of the Second Amendment in granting citizens the right to bear arms, while the American Constitution Society, a progressive organization, contended that guns’ detriments outweigh their benefits.

Caleb C. Wolanek, the debate chair for the Federalist Society, began the conversation by stating the importance of respecting the rights of any American who chooses to own a gun. He argued that the impracticality of banning guns, as well as a citizen’s right to self-defense, is enough to warrant the possession of guns.

“In many cases, police protection is not enough,” Wolanek said. “Serious incidents can happen in a matter of seconds. Self-defense is an entirely legitimate reason to own a gun.”

Kassi Yukevich, representing the American Constitution Society, argued that America’s lack of effective gun laws have contributed to many tragedies throughout the United States.

“There have been 156 school shootings in America, an average of nearly 1 per week since November of 2013,” Yukevich said. “Over 70 percent of the time, at least one person is injured or killed.”

Yukevich pointed to the higher incidence of gun violence in the United States compared to other countries in the developed world. Many loopholes in firearm sales and access exist in the U.S., she said.

Joshua A. Esses, president of the Federalist Society, said that America should not permanently restrict those who have committed crimes from owning guns.

“I might be okay with temporary restrictions until the time they have demonstrated they are no longer at risk for those crimes, but we should not categorically take away a right from a person just because of past actions,” Esses said.

Other students questioned if certain types of guns should be banned entirely, citing a law in Australia that banned semi-automatic and automatic guns, which was followed by a 59 percent decrease in homicide by firearm.

Dorothy Lou “Thea” Sebastian ’08, director of community engagement for the Constitution Society, added that while it is important to make stricter laws in the future, no single reform can fix these problems by itself.