Sprinting in the Buff, Students Mark the Start of Finals 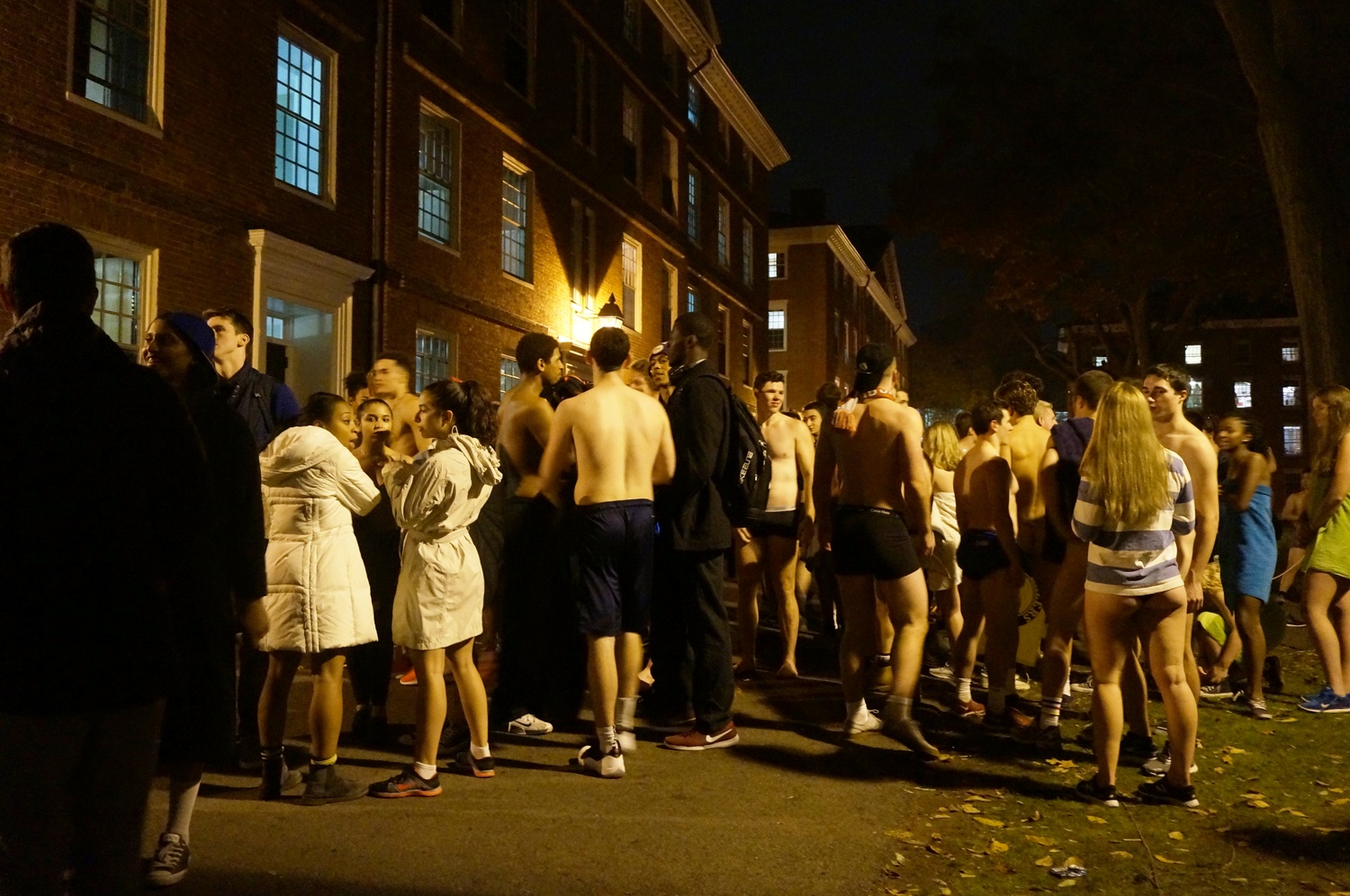 Sporting towels, sneakers, Santa hats, and not much else, throngs of naked students gathered in Harvard Yard at midnight on Thursday for Primal Scream, the biannual College ritual that marks each semester’s transition from reading period to final exams.

Though last year’s Primal Scream was the site of controversy, with a student protest interrupting proceedings, this year’s was far milder in terms of temperament and temperature.

As midnight neared on Thursday, students began to gather in front of Hollis Hall, many draped in flags and sporting bathrobes. The unseasonably balmy temperature drew a substantial number of “screamers,” the size of the crowd for the biannual tradition tending to expand and shrink in tandem with the weather.

As is tradition, the Harvard University Band provided the soundtrack, playing topical tracks like Bruce Springsteen’s “Born to Run.”

“It’s awesome,” Harvard Band member Robert D. Capodilupo ’19 said of the semesterly tradition that dates back to the 1960s. “This is what makes Harvard, Harvard.”

While the tradition originally consisted solely of frustrated screams from dorm-room windows, the naked lap around Harvard Yard has become a vital part of the ritual since its introduction in the ’90s.

“You did not do Primal Scream. This doesn’t count,” one woman said to a friend who had opted for a bikini over a birthday suit.

The crowd grew rowdier, chants of “USA” intensifying, until midnight provoked a raucous yell and the beginning of a counterclockwise loop around the Yard. Runners passed by a large group of phone-wielding tourists gathered around the John Harvard Statue before circling back to Hollis and making a beeline for their clothing.

While the massive crowd had largely dispersed five minutes after the run, a sizeable group of revelers stuck lingered outside of Hollis, drawing shouts of “Go Home!” from Hollis Hall windows. One particularly energetic group of around 15 took a second lap at 12:30 a.m., jogging past discarded shoes and the odd empty bottle of Rubinoff.