New Office To House Ad Board and Honor Council 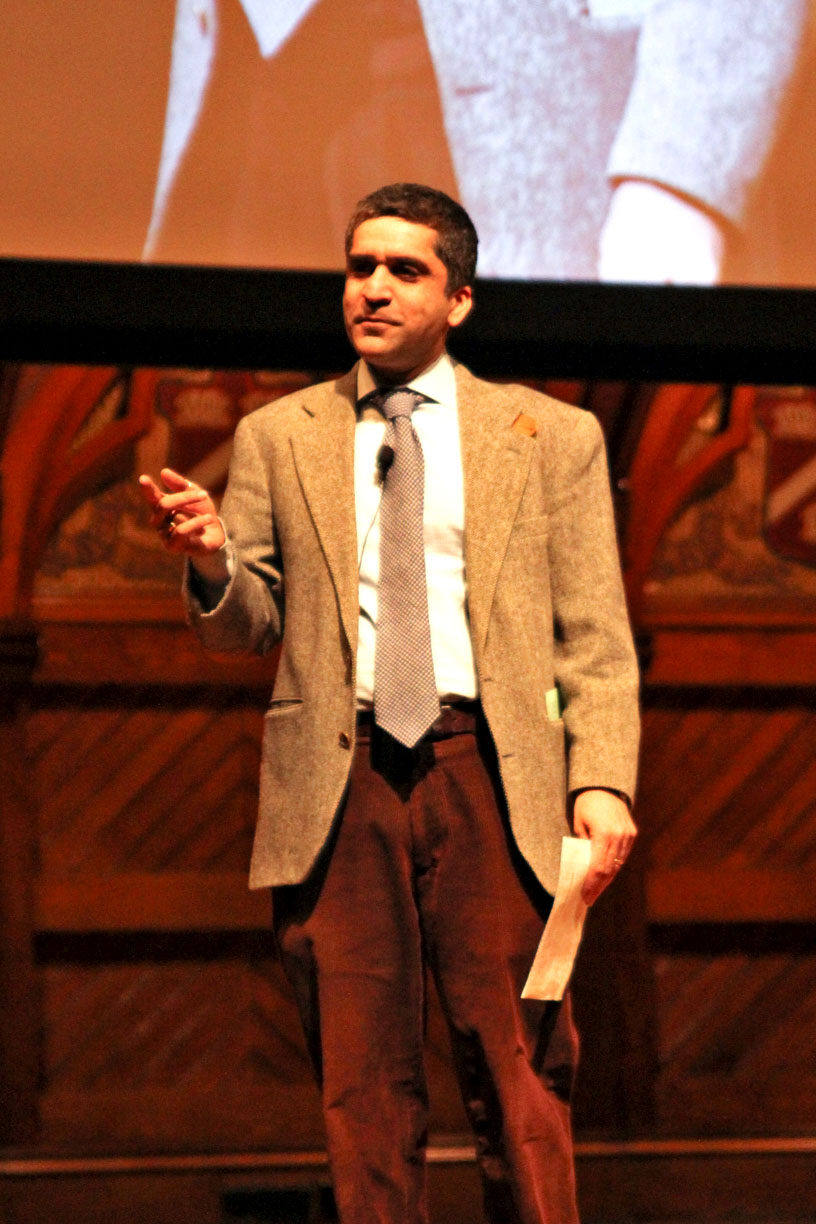 Dean of the College Rakesh Khurana leads "ReFRESHMENt," an event for the Class of 2018 on Sunday evening in Sanders Theatre.
By Noah J. Delwiche and Ivan B. K. Levingston

The College will house both the Administrative Board and a student-faculty Honor Council under a single office as administrators roll out the College’s first honor code next school year.

The Office of Academic Integrity and Student Conduct, as it will be called, will replace the College’s Office of the Secretary of the Ad Board in July, according to an email sent to undergraduates Friday from Dean of the College Rakesh Khurana.

Brett Flehinger, the Ad Board’s current interim secretary, and Lauren E. Brandt ’01, its interim associate secretary, will take on new leadership roles in the reorganized office, according to Khurana’s email. Flehinger will serve as Honor Council secretary while Brandt will become the Ad Board’s permanent secretary, and they will also hold the formal titles of associate dean of academic integrity and student conduct and assistant dean of academic integrity and student conduct, respectively.

In his email, Khurana wrote that the “new office will play a central role in driving our cultural commitment to integrity that forms the foundation of the new honor code,” a new policy that the Faculty of Arts and Sciences approved last year and that will overhaul the College’s approach to handling cheating cases next fall. The policy will remove most, if not all, cheating cases from the Ad Board’s jurisdiction with the creation of the new Honor Council, an adjudicatory body whose membership may include students, faculty, administrators, and teaching fellows.

Current Ad Board staff members Ann Weissman, Emily J. Miller, and Jane Collins will work in the reorganized office, according to Khurana’s email.

Although the College’s Academic Integrity Committee has played a leading role in crafting the honor code, committee member Jonathan G. Jeffrey ’16 said the reorganization was largely the work of the Dean of the College’s Office.

Khurana, who chairs the Ad Board and was one of several people to draft the honor code, declined to comment on the new office Friday, deferring questions to Flehinger.

Jeffrey said housing the two judiciary bodies in one office will allow them to collaborate and exchange information.

Brandt and Flehinger will speak about the development of the new office Wednesday at 4 p.m. in Leverett House’s Janulis Common Room.