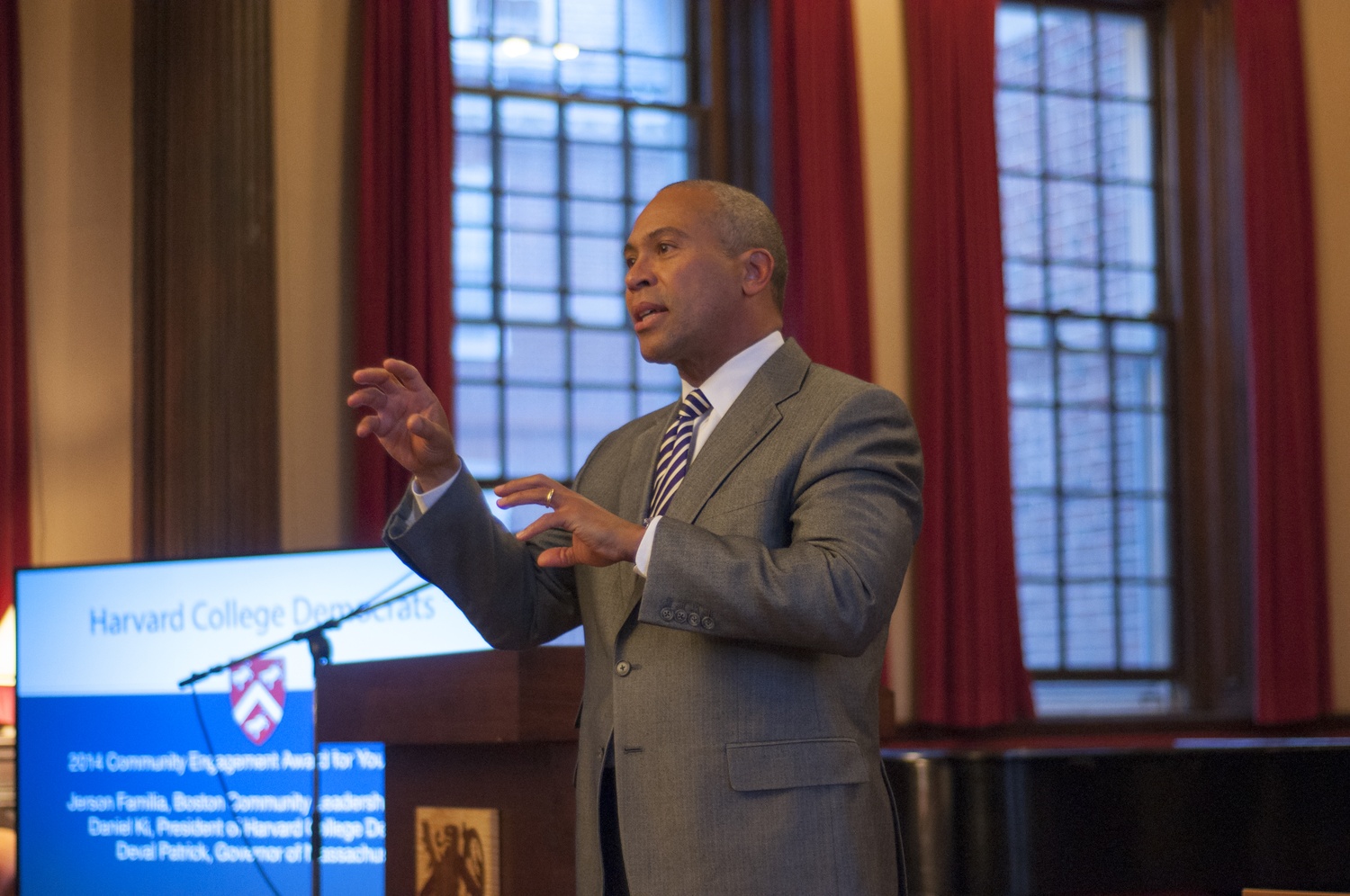 Former Massachusetts Governor Deval L. Patrick ’78 will speak at Harvard’s 364th Commencement on May 28, the University announced on Monday.

Patrick will address graduates and their families during the Afternoon Exercises of Commencement, which will take place in Tercentenary Theatre in Harvard Yard. The first African American to serve as governor of the Commonwealth, Patrick was first elected in 2006 and led the state for two terms, choosing not to seek re-election in 2014. Patrick now serves as a visiting fellow at MIT.

“Deval Patrick is an extraordinarily distinguished alumnus, a deeply dedicated public servant, and an inspiring embodiment of the American dream,” University President Drew G. Faust said in a statement. “We greatly look forward to welcoming him home to Harvard on Commencement Day.”

During his governorship, Patrick was known for education initiatives such as winning a federal Race to the Top education grant, implementing the state’s 2006 health care reform program, enacted by his predecessor Mitt Romney, and revamping the state’s transportation system, which created the Massachusetts Department of Transportation. During his tenure, he handled several crises, including the 2013 Boston Marathon bombing and subsequent manhunt for the suspects.

Prior to his governorship, Patrick worked as an attorney at the NAACP Legal Defense and Educational Fund, was a partner at Boston law firm Hill & Barlow, and served as assistant attorney general for civil rights under President Bill Clinton. Patrick studied at both the College and Harvard Law School, where he was president of the Harvard Legal Aid Bureau.

Patrick has delivered remarks at Harvard several times in the past, promoting careers in public service at the Kennedy School of Government and talking with students at study groups in the Institute of Politics.