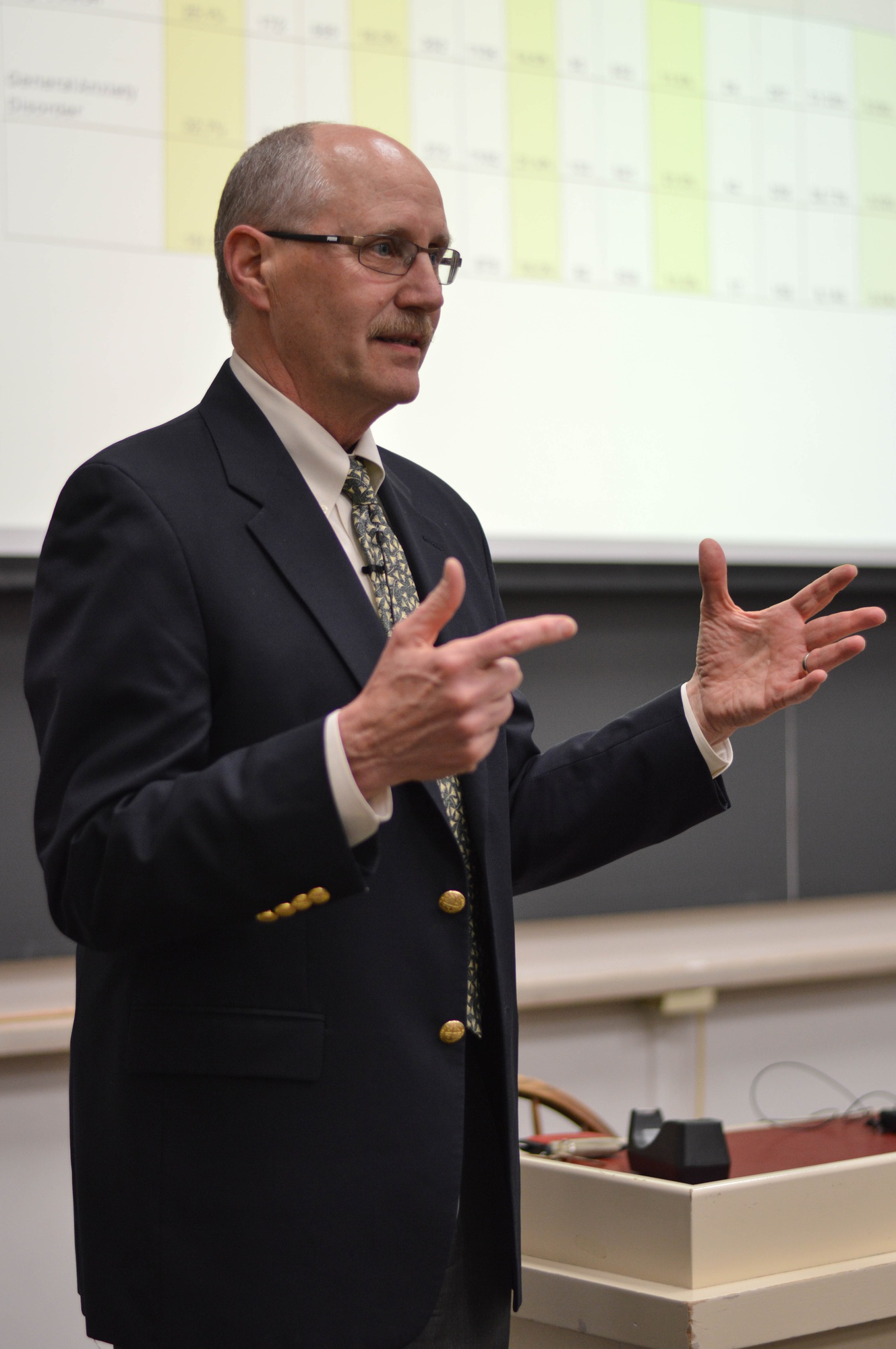 UHS Director Paul J. Barreira said that a University Health Services study on the impact of exercise encouragement on mental health found no difference between control and treatment groups in a talk on Wednesday.
By Lara C. Tang, Contributing Writer

During a 90-minute event in Emerson Hall, three Harvard affiliates and a public health expert addressed a roughly 40-person audience in a panel format, a departure from last year’s seminar-style event on intuitive eating.

University Health Services Director Paul Barreira discussed the findings of a study on the impacts of exercise on mental health and a new experiment intended for the incoming freshmen class. 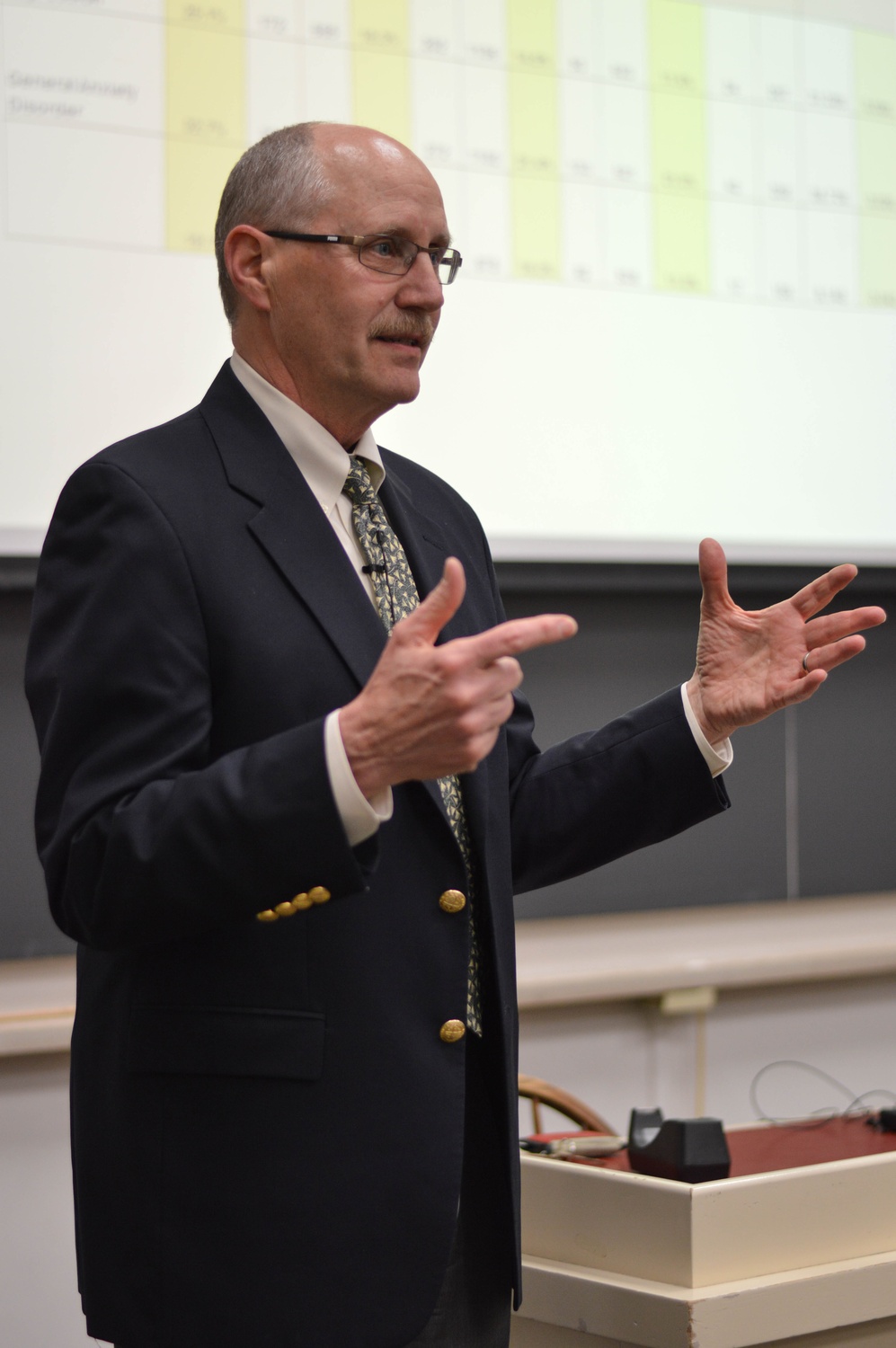 UHS Director Paul J. Barreira said that a University Health Services study on the impact of exercise encouragement on mental health found no difference between control and treatment groups in a talk on Wednesday. By Y. Kit Wu

Gita Bhattacharya '16, the co-president of the Harvard College Health Advocacy Program who served as the main event coordinator, hoped to inspire Harvard affiliates to take an interest in health research taking place on campus.

Nayoung K. Yang ’18 came to the event because of the people involved. “What really garnered my attention was having Joia and Kiran as featured speakers,” she said. “I’m also really interested in stem cell and regenerative biology and cardiac health and want to pursue health in the two fields, so the topic really caught my attention.”

“This event is voluntary; it’s not a class requirement, so I really just want to spark interest,” she said. “For students who are interested in going into health, this could be advice on what they might do in the future, and for other students it could just be information.”

As part of this goal to spread health awareness among the general student population, HAP invited other student groups, including Stressbusters, HealthPals, Drug and Alcohol Peer Advisors, and others to partake in the reception following the event.