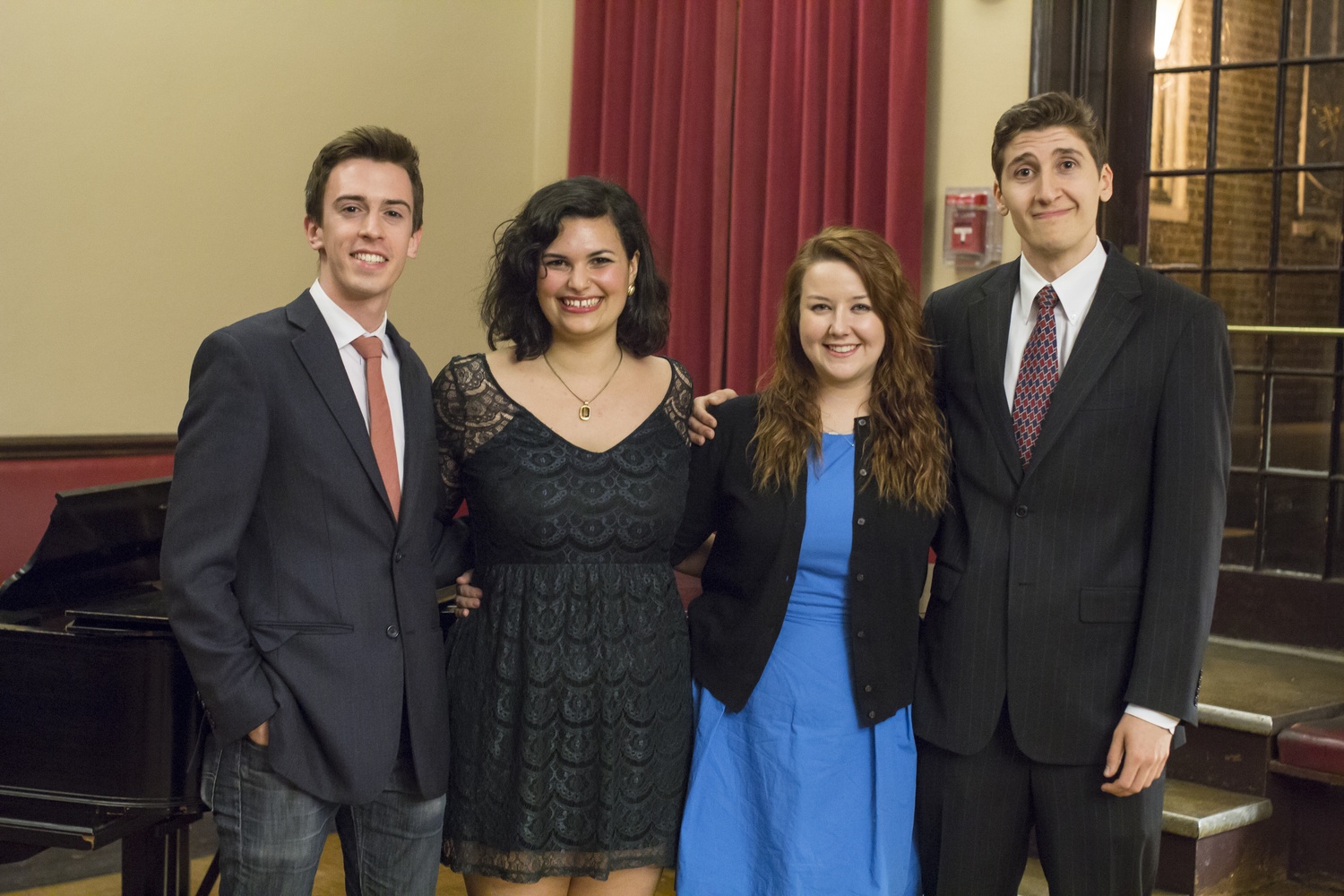 The Senior Class Committee has chosen four members of the Class of 2015 to speak at its annual Class Day festivities, scheduled for May 27.

Samuel B. Clark ’15 and Taylor K. Phillips ’15 will deliver Ivy orations at the celebration, and Ethan G. Loewi ’15 and Reina A.E. Gattuso ’15 will deliver the Harvard orations. Gattuso is a Crimson columnist and magazine writer and Loewi a former Crimson news writer.

The speakers were chosen after a three-round selection process from a pool of about 60 applicants, according to Class Marshals Megan B. Prasad ’15, an inactive Crimson magazine editor, and Bob Wu ’15.

Prasad and Wu said the selection process was extremely competitive this year. The speakers were ultimately chosen because of the diversity of themes they plan to cover, Prasad and Wu added.

“Not only do they have excellent speeches, but they have a range of themes that we thought would really speak to the Harvard class as we’re one day away from graduation,” Wu said.

In one word, Clark described his speech as “silly.”

“My speech is about the singular thing that has united the Class of 2015 in our four years at this institution,” Clark said. “We’ll see what that is.”

Phillips’s speech includes various statistical and mathematical analyses about “what it means to be a millennial.”

“It’s funny for a couple of reasons, mostly because I’m an English concentrator,” she said.

Loewi, who will speak about self-doubt, said that he chose the topic because he wanted “to give voice to some ideas that aren’t always common place at graduation ceremonies.”

“It’s a little bit subversive,” he added. “I think a few monocles will be dropped.”

Gattuso will be speaking about the value of “embracing our own vulnerabilities,”  adding that she hopes to bring a “dose of fabulous” to the Class Day proceedings.

The four Class Day speakers all expressed their excitement and happiness at having been chosen on Tuesday. Phillips also said she was grateful to speak alongside the other three orators.

“I was elated, I might say, to find out I have the opportunity to speak,” Clark said. “I’m beyond excited.”

Also on Tuesday, the Senior Class Committee recognized five students who collaborated on writing the Class of 2015 ode, as well as who will perform it at the celebration. The class ode will be a reflection on the Yard’s gates and their symbolic nature.