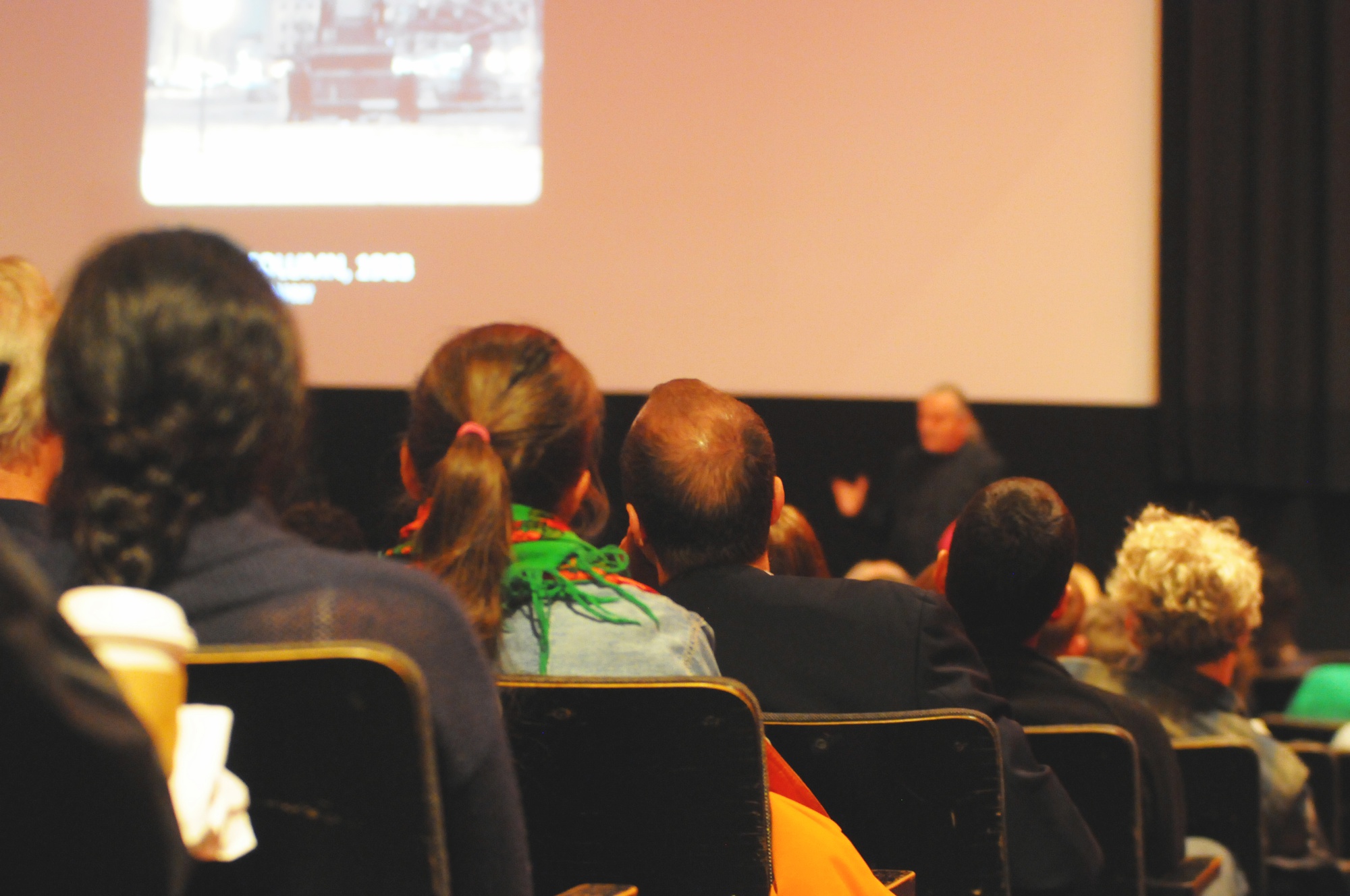 Krzysztof Wodiczko talks about his most recent installation of the John Harvard Projection, as well as past work on other historic monuments. The talk was held at the Carpenter Center for the Visual Arts on Thursday evening.
By Claire Lee, Contributing Writer

Krzysztof Wodiczko, the artist behind the large-scale video projection animating the John Harvard Statue in Harvard Yard this week, discussed the role of art in public space to generate community at Harvard and create a forum for a diversity of voices. 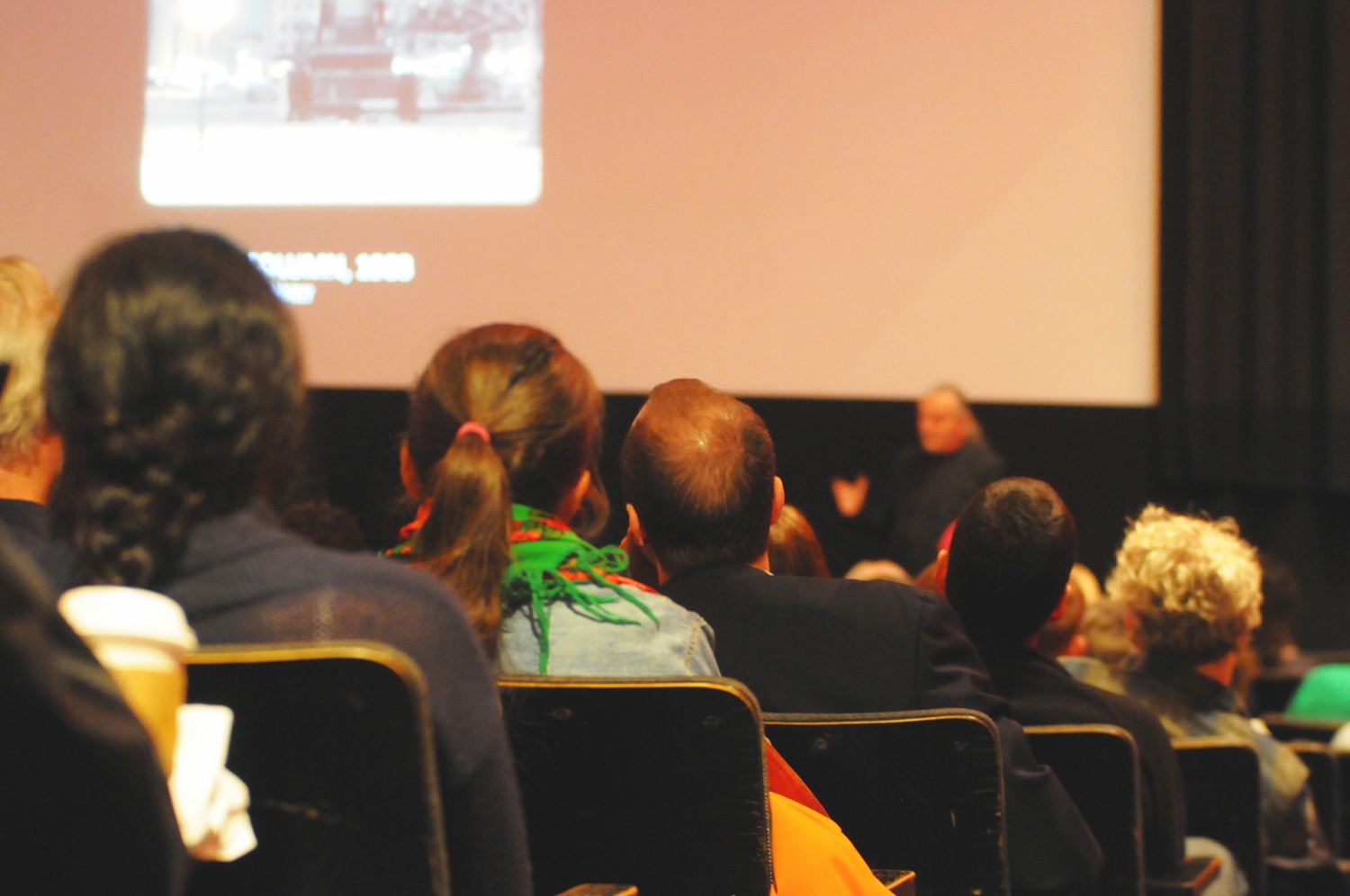 Krzysztof Wodiczko talks about his most recent installation of the John Harvard Projection, as well as past work on other historic monuments. The talk was held at the Carpenter Center for the Visual Arts on Thursday evening. By Anneli L. Tostar

Wodiczko stressed the importance of the public space as a canvas for his work.

“The public space seems like something frightening, but it also brings hope,” he said. “It’s a place to escape from the private space, one in which we can open up and communicate with one another.”

Wodiczko described his journey to find the public space that did not exist in his native Poland under the Soviet Regime.

“I never really found it, and I came to realize that that space must be created,” he said. “If you bring it into the open, into public discourse, you create the public space.”

“As an international student from Turkey, I was able to resonate with what Krzysztof Wodiczko said about the importance of public space,” she said. “It truly facilitates communal discourse as well as being the backbone of democracy. I appreciate his work.”

During his presentation, Wodiczko described his previous public works in Germany, Poland, Montreal, and New York City. His 2008 projection on the Adam Mickiewicz monument in Warsaw, Poland, was his first piece using video to animate a statue.

The artist went on to discuss the technical difficulties of the John Harvard projection.“The projection mapping was a complicated negotiation with the statue’s body and the Harvard students,” he said.

Benedito referred to the empowering effects of Wodiczko’s work.

“Krzysztof is arming these people, in which speech becomes a weapon,” she said. “There is a constant presence of community in his work.”

The artist expressed a desire that his work would leave a lasting mark on the Harvard community.

“Once all of [the John Harvard projection] has been switched off, my hope is that it will still be there, an after-image,” he stated.