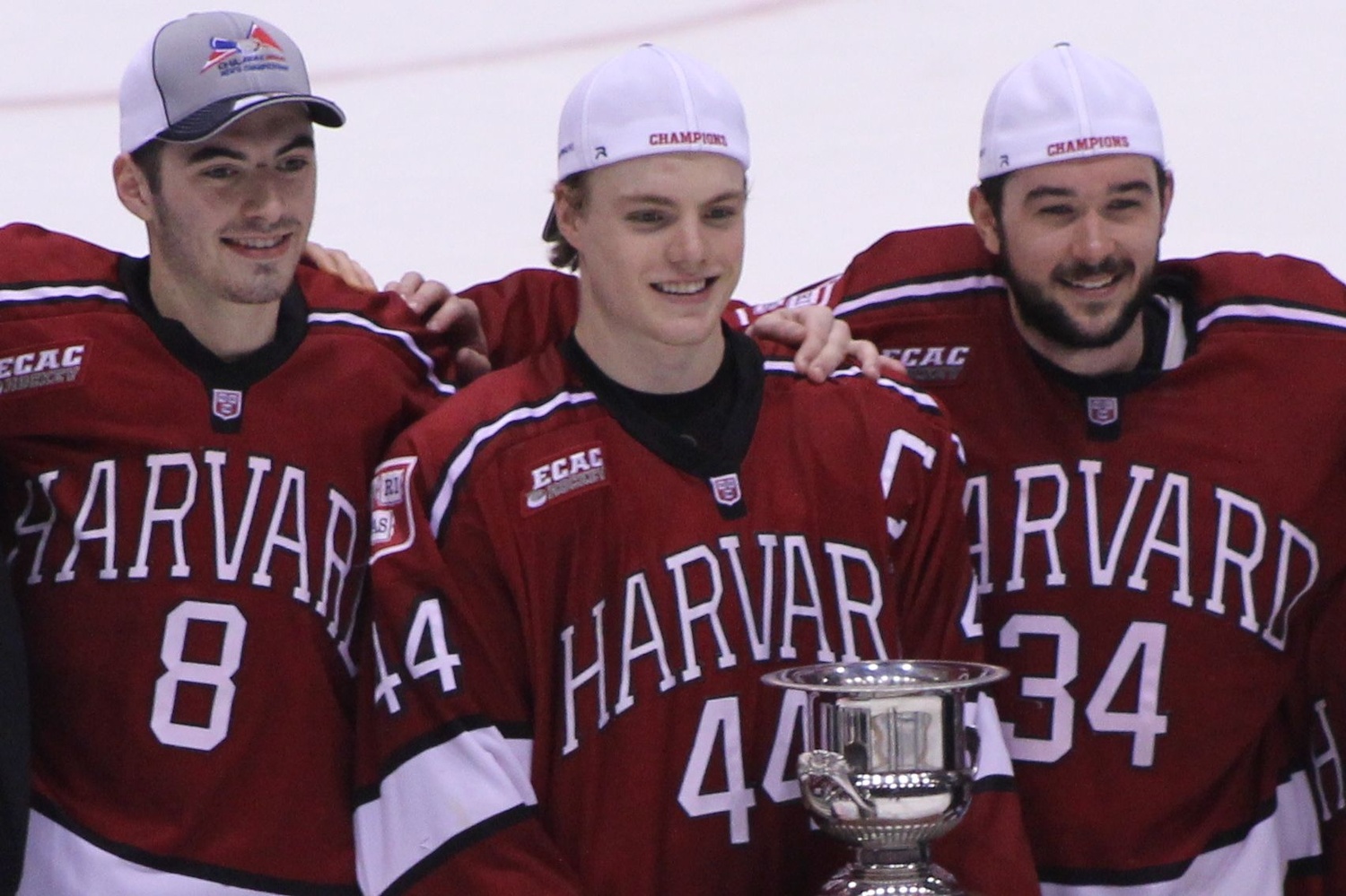 The decision ends a long period of uncertainty for the trio of NHL draft picks, who withdrew from the College early in their sophomore years in connection with the Government 1310 cheating scandal in 2012. The Administrative Board, the College’s top disciplinary body, required roughly 70 students to temporarily withdraw from school over the course of the cheating investigation, Harvard’s largest in recent memory.

Michalek withdrew from Harvard in October 2012 before the start of the 2012-2013 regular season, but after a preseason scrimmage against Brown. According to NCAA spokesperson Michelle Brutlag Hosick, NCAA bylaws hold that preseason participation can count against an athlete’s eligibility after his or her first year at an institution.

“[S]tudents can compete in a preseason exhibition or practice scrimmage during the first year of enrollment without having to count it as a season of competition,” Hosick wrote in an email. “After that, participation in preseason games ‘count’ as a season of eligibility and a school would have to seek a waiver for the student.”

The three returned to school in the fall of 2013 with some hope of recouping their lost season. McNally and Everson sat out the first seven games of the 2013-2014 season in an attempt to strengthen their case for an extra year.

The players learned of the ruling “a couple of weeks ago,” according to Michalek.

“The NCAA denied our waiver for another year, but I look forward to starting a new chapter in my career and rooting on Harvard from a distance,” Michalek said Saturday.

While the NCAA has appeal processes for many of its decisions, it is unclear how an appeal might unfold in this case.

In 2015, the defensive standouts played key roles in Harvard’s first ECAC title in nine years. Michalek and McNally earned first-team conference tournament honors, and Everson served as a co-captain. Throughout their title run, they attempted to approach the season as their last with Harvard, yet they acknowledged the possibility of returning for the 2015-2016 season. All three players participated in the team’s ‘Senior Night’ ceremonies.

The three will now focus on the beginning of their professional hockey careers. Michalek indicated that he plans to take summer classes to complete his degree.

McNally, drafted 115th overall by the Vancouver Canucks in 2010, is the highest-rated prospect of the three, yet the Vancouver Sun reported Monday that the Canucks will not sign him. If Vancouver passes on McNally, he will become an unrestricted free agent on Aug. 16.

Michalek, drafted 161st overall by the Minnesota Wild in 2011, and Everson, drafted 203rd overall by the Toronto Maple Leafs in 2011, will also weigh their options. The Star Tribune reported Friday that the Wild are working to sign Michalek, who said Saturday that he has left any negotiations to his agent.

“We’re trying to work out the details,” Michalek said. “I’m kind of leaving it up to him. I’m just trying to prepare myself for wherever I’m going to be next year.”