Joseph Gordon-Levitt, a Golden Globe-nominated and Emmy-winning actor known for roles in many blockbuster films, was named the recipient of Harvard’s Hasty Pudding Theatricals 2016 Man of the Year award early Thursday.

Gordon-Levitt is best known for his roles in productions including “50/50,” “Inception,” “(500) Days of Summer,” and “The Dark Knight Rises.” Most recently, he has been tapped to star in “Snowden” as the lead role Edward Snowden, a former CIA contractor who fled to Russia after publicly leaking confidential documents. 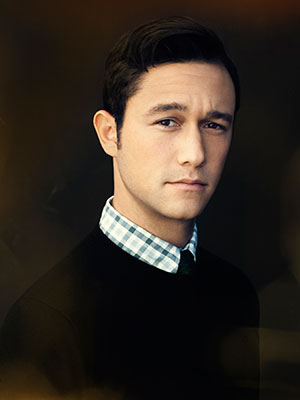 Gordon-Levitt will be honored with a celebratory roast on February 5, when Hasty Pudding Theatricals, a Harvard-based musical comedy troupe, will present him with the historic “Pudding Pot.” The Man of the Year festivities will take place in Farkas Hall, the site of Hasty Pudding’s annual performance. A separate public event will precede the ceremony at 3:45pm.

The annual Man and Woman of the Year awards celebrate performers who have contributed significantly to the entertainment world. In a press release, members of the Hasty Pudding Theatricals expressed their excitement in honoring Gordon-Levitt, whom they lauded as a talented actor and entrepreneur.

“No emoji can express how excited we are about having Joseph Gordon-Levitt as our 50th Man of the Year,” said Robert T. Fitzpatrick ’16, president of the Hasty Pudding Theatricals in the release.

Gordon-Levitt is the founder and director of HitRECord, an online forum for open production where users upload and remix other records, and receive a share of the profits if their projects are purchased. Since its naissance, the company has grown to publish books, albums, and screen work featured at major film festivals.

Gordon-Levitt debuted his feature film directorial career in 2013 with “Don Jon,” a romantic comedy film that he both wrote and acted in. Television fans also know him for his role in NBC’s award-winning TV series, “3rd Rock from the Sun.” After six seasons on the show, Gordon-Levitt took a hiatus in 2000 from acting to attend Columbia University, where he studied history, literature, and French poetry before dropping out.

“Perusing the impressive list of past Hasty Pudding Men Of The Year, I'm simultaneously struck with intense delusions of grandeur and mild waves of humility,” Gordon-Levitt said in the press release.

Hasty Pudding Theatricals will also present the 2016 Woman of the Year award to “Scandal” star Kerry Washington on January 28.