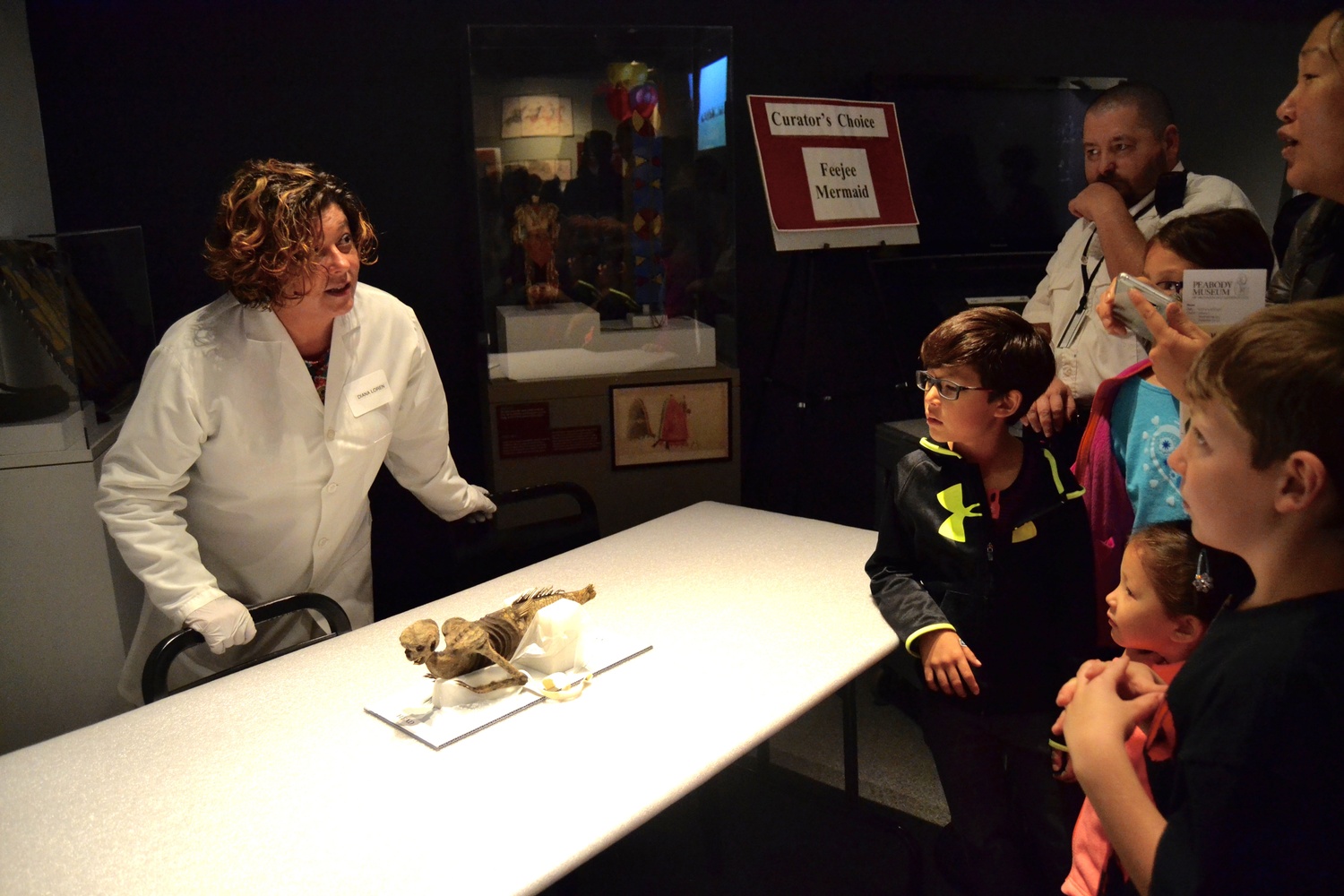 Students and families gathered at the museum—one of the oldest anthropology museums in the world—to enjoy cake, music, and free admission. Staff members took unusual exhibits out of storage and displayed them in honor of the anniversary.

“It is a way to bring some wonderful experiences in front of students and the general public that they don’t usually have,” Polly R. Hubbard, education department manager at the Peabody Museum, said.

One of the main artifacts brought out of storage was the Feejee Mermaid, a sculpture made from a monkey skeleton and a fish tail. P.T. Barnum, who co-founded the Barnum and Bailey Circus, owned the item and used it in his shows in Manhattan.

In 1866, international financier and early philanthropist George Peabody endowed a “Peabody Professor-Curator” for $150,000 to purchase artifacts and collect them in a building. An avid donor, Peabody has his name on museums and institutes across the United States; the town of Peabody, Mass., is named in his honor. The construction of the Peabody’s building at Harvard was completed in 1877, and the museum today houses 1.2 million objects from around the world.

Folklore and Mythology lecturer Felicity Lufkin commended the museum for the access it gives to teachers.

“I like the displays that are public, and I feel like it’s extra fun because I get to go behind the scenes sometimes,” she said, adding that she recently visited the Feejee Mermaid because she had never seen it before.

The Peabody had advertised the celebration since August and anticipated that about 1,000 people would come to the event, Hubbard said.

Overall, Peabody staff and event attendees said they were excited to celebrate the occasion.