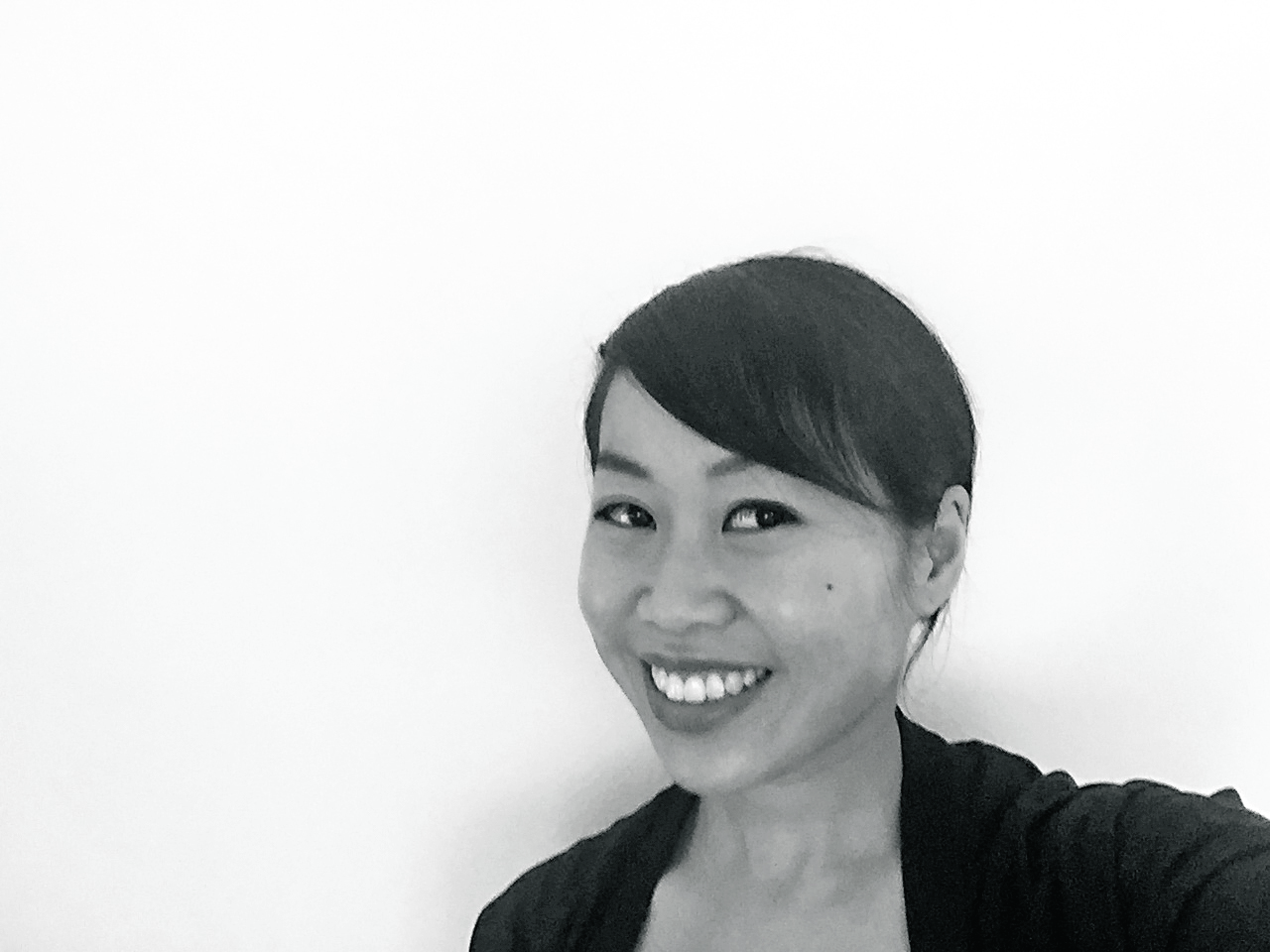 Currently the editor-in-chief of the art world’s magazine of record, Artforum International, Michelle Kuo spoke with The Harvard Crimson this week about her path to the publication and her take on the state of the arts today. Kuo is also a Ph.D. candidate at Harvard, and her dissertation focuses on the 1960s art group E.A.T. (Experiments in Art and Technology). She wrote for Artforum and other publications before taking the helm of the magazine in 2010.

The Harvard Crimson: How did you come to be where you are? What drew you to art history and to this work?

Michelle Kuo: I had always grown up loving art, actually practicing studio art, and really enjoying engaging with art in every way: going to museums, reading about it. When I was an undergrad, I majored in art history and political science. It was an interesting combination, because I was focusing at the time on the 19th century, so looking at 19th-century art, but also in this other major looking at the history of colonialism. I ultimately thought that I had found a real passion for art history. I was probably not cut out to be a studio artist, so I went with that. After graduation I actually ended up working in New York at one very early art start-up, which was fascinating. This was in 2000, so at the very beginning of people trying to sell art online or even think about what that would be. My job was to be the assistant editor of an online art magazine that was part of this website. So my job was really fun: I worked with a senior editor and I learned how to commission pieces and to work on editing text. And I was really immersed in the art world in New York, which was great. Then I actually ended up working for another art publication for a year before going back to graduate school at Harvard, and I did my Ph.D. in art history, which I’m actually still currently finishing…. I had already started writing for Artforum, and one of the contributing editors of Artforum was also my Ph.D. advisor, at the time teaching at Harvard, Yve-Alain Bois. I had another older classmate in graduate school who had gone to work for Artforum already, and they both encouraged me to write for the magazine. So I started writing brief pieces, reviews, columns. Then the magazine asked me to join as a staff member, and I sort of had a decision to make, which was whether to stay in academia and try to get a teaching job or to try this experiment and see what it was like working at this art magazine. From there it just expanded in ways that I hadn’t anticipated. I began as a senior editor, where I was editing essays, often by academics themselves: art historians, critics, literary critics. So it was a really great experience on a very different level of engaging with text: really trying to make sure that structurally it made sense, that it had an argument; if there wasn’t an argument, to try to give it one; then also to pay attention to language and to writing, to experiment with new kinds of styles and to really help enhance an author’s voice. So that was a great experience. Then I was asked to become the editor-in-chief two years [after joining the editorial staff], and so for the past six years that’s what I’ve been doing. I’m trying to oversee what goes into the magazine, the vision of the magazine, but at the same time on a very granular level to oversee the editing of each text, and of course putting together this really interesting visual object, which entails working with our graphic designers, photography editors, fact checkers, copy editors, etc…. And then also [I work] with our website, so with both print and digital. So that’s kind of how I got to where I am today.

THC: How does your coming from an art history background, as opposed to a publishing or literary background, change what you bring to the magazine?

MK: Surprisingly enough, most of my predecessors at Artforum have come from a publishing or literary background. So it’s an anomaly for me coming in as an art historian, even though that’s a bit ironic. So I’ve really tried to “put the art back in Artforum,” as I jokingly say, to really retrench our focus on close readings of artworks, on processes and materials, whether those materials are paint or a digital program. So I’m trying to privilege looking, listening, thinking very closely about works of art in whatever form they take, and making sure that each piece we publish has that attention and that care. In writing about art in general over, let’s say, the past 20 years, there has been a movement away from this kind of close reading and more toward what you might call social art history, or looking at context. [The social art history] is amazing, and we do that as well, but I think that any kind of understanding of art has to look at both form and content. There is no form without content, and vice versa. There is no social context without first understanding what the shapes or contours of that work are in the first place. That’s very much a mission that I’ve tried to reinforce at the magazine.

THC: What do you see as the role of the art critic, both within the art world and in public discourse considered more broadly?

MK: Well, there are always these truisms nowadays that no one cares about art criticism or critics, but I think that actually the opposite is the case. With the flood of information that we all face today, criticism, the notion of critical judgment, the notion of different perspectives, but also thinking seriously about questions of objectivity and subjectivity, are even more important. The art critic specifically can in many ways help us understand or address not only new developments in art but also in perception and experience, and to try and find new languages in which to talk about those experiences and forms. We have experiences today that someone living a hundred years ago would never have had: looking at a screen, or trying to understand what a drone is. What does that mean, first of all for artists, but also for how we can put into words what those experiences might mean or what they are like? So I think that’s become increasingly important as a role for the art critic.

THC: Where do you see interesting or compelling work being done in the art world today?

MK: On a couple of different fronts. One body of work that I am continually surprised and impressed by is that of the painter Laura Owens. She is someone who has been practicing for decades and is a painter, which to some might sound awfully quaint, but she has continually pushed the boundaries of what painting might mean and also what it might address, including things that we might not normally associate with painting, like digital culture and photography and imaging software—so not only images themselves but also how they’re circulated. Her practice changed pretty radically about five or six years ago. She just did an enormous site-specific installation in San Francisco, at the CCA Wattis [Institute for Contemporary Arts], where she didn’t just create paintings; she created an entire wall painting that wrapped around the space. The paintings were on panels, so they were the walls. It was this very large-scale venue, so it was an all-encompassing wallpaper or even decorative effect, but you felt swallowed up by these monumental images. You could also actually text a number in real time, and that would generate different sound recordings coming out of the walls, of the paintings. It was this funny, kind of hokey but really interesting experience to be immersed in this space, looking at these paintings that are partially hand-painted, partially digitally generated, and then also to be interacting with it in this way and to be hearing these sound effects, many of which were these purposefully chosen, funny found recordings from people’s speeches or movies. So I think she really has managed to engage how we see now, what it means to look at and hear in a digital age, but also still using in some way this very archaic medium of painting.

One other example would be the artist Anicka Yi, who like many other artists is exploring really new materials, different kinds of plastics, everything from [using] cell phones to chemically deriving new scents from different scent molecules. She’s creating artworks that probably relate very much to the legacy of Surrealism—this idea that you can put different things together that would otherwise not make any sense, but you get this uncanny, strange sensation seeing these things put together. Her sculptures and installations and works have very much the same effect, but updated for the kinds of experiences that surround us today.

THC: Who are some artists or writers that you look to as sources for your own work?

MK: One of the key thinkers would be my Ph.D. advisor, Yve-Alain Bois. He pioneered ways of looking at and thinking about art that are really singular because he just created these incredible insights based on essentially visual arguments and perceptions that no one had really had before. He made these incredible arguments about Mondrian, for example, by seeing certain visual elements in the pieces that no one had really put together in this way before. He just has this incredible eye, and for that’s what makes art history and art criticism exciting. I’m not a journalist, I’m not a political scientist, I’m not a historian, I’m someone who really cares about art. And that means something different, it means really thinking about that perceptual experience.

An artist that has been an inspiration to me, at least in terms of a peer in my own age group, is Cory Arcangel. He’s been extremely interesting and impacted the way that I think because he’s really pushed the boundaries of what it means to make work with technology, so dealing with obsolete technology but also pop culture and taking software programs, video games, images that circulate on the Internet, and creating extremely funny, pithy works that really deal with how we live with all this technology today. And he’s also just an incredibly smart and funny writer and in fact, also a coder. He’s someone who in the early 2000s redefined what art meant and what art could do.

THC: When you are writing about art, what is lost and what is gained in that process of translation?