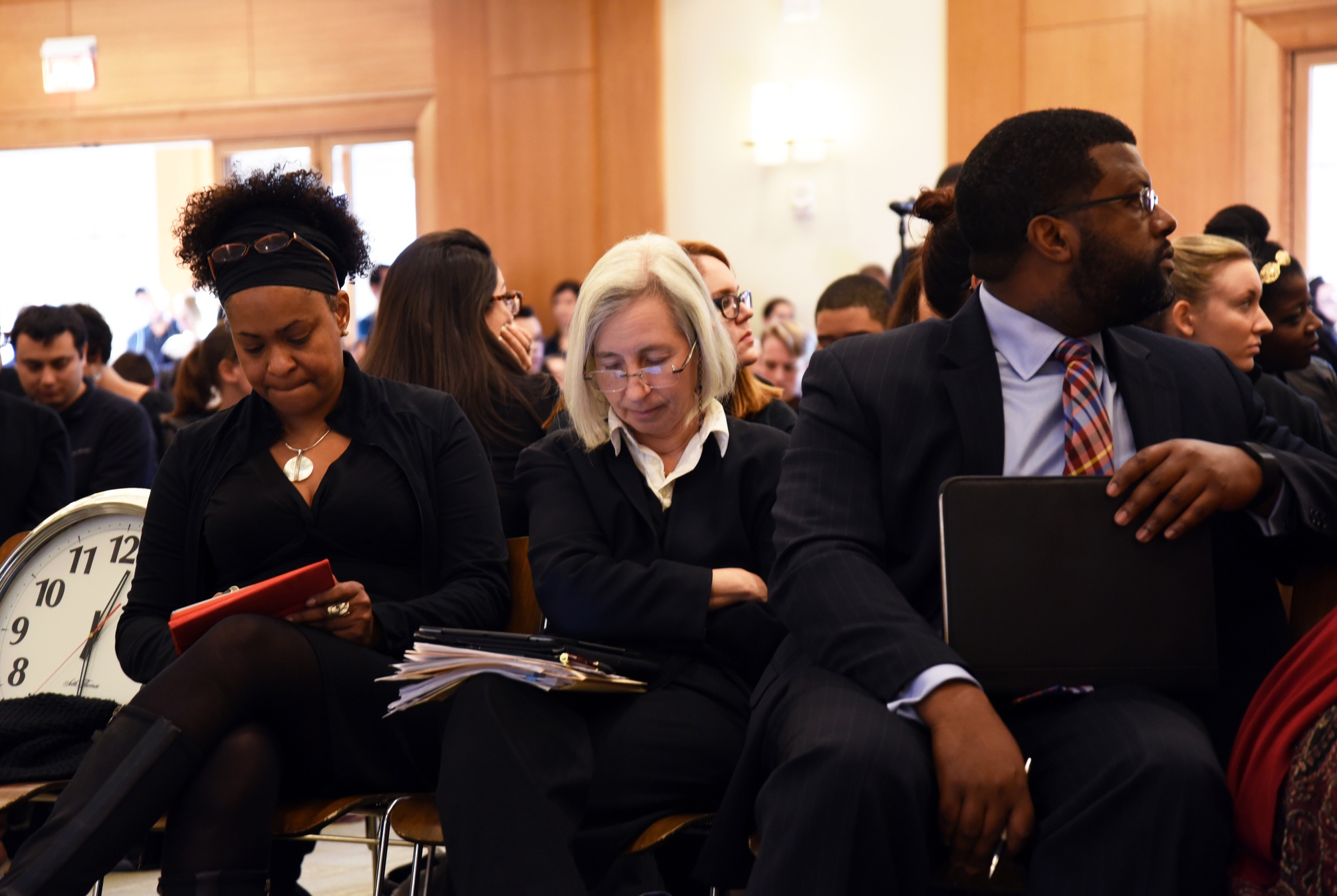 A tense, and now public, exchange this month between Harvard Law School spokespeople and the editors of The Harvard Law Record over the publication’s right to print an interview with Law School Dean Martha L. Minow prompted questions about Minow’s accessibility to students and journalists.

When second-year Law students and editors-in-chief of the Harvard Law Record Jim An and Brianna Rennix went into an interview with Minow on Sept. 30, they did not anticipate controversy would follow. They had planned to publish a Q and A with the aim of “fostering frank, substantive dialogue between the HLS administration and the student body,” and they had agreed to do so on the Law School communications department’s terms: conduct an off-the-record interview, then send quotes back to Minow to be approved or rejected for publication.

Many news organizations, including The Crimson, have policies against quote review. But the Record—which An described as “not a training ground for journalists”—followed the administrators’ conditions.

“That’s the game, right?” An said. “You accept stupid conditions for access.”

So An and Rennix were surprised when, after they had conducted the interview and sent Minow’s answers back to her for inspection, Law School spokesperson Michelle Deakin forbade them from publishing any of them.

“When I spoke of the interview being ‘off the record’ and that any quotes would need to be reviewed by Dean Minow in advance of publication, that was with the understanding that this was an informational interview and that you might develop a story idea or two from the conversation,” Deakin wrote in an email to the editors dated Oct. 4.

An said he felt confused because he thought the editors had abided by the guidelines Deakin had stipulated. While he does not blame Minow for the confusion, An said he felt misled by Deakin and the communications department. In response to the situation, The Record published a sardonic piece chronicling what Rennix described as the “somewhat ridiculous and farcical” series of events.

“It seems troubling to me if people who are in positions of influence at large institutions‚ especially institutions of learning… are not willing to discuss the most pressing matters that sort of face society today. So we just decided that as a sort of miniature protest against the situation we would publish this sort of facetious, silly article,” Rennix said.

In the piece, the Record printed the email exchange with Deakin and the list of questions they asked Minow. After its publication, Rennix and An met with Law School spokespeople and Dean of Students Marcia L. Sells last week to discuss what administrators described as “a mutual misunderstanding,” Rennix said.

Rennix declined to comment on the meeting’s outcome, because she said administrators had declared the discussion off the record.

On Tuesday, Deakin informed Rennix and An that Minow would allow them to publish her answers—with one part omitted—after all.

Deakin did not offer the Record editors any explanation, they said, but she wrote in an email to The Crimson, “When we first saw the Record’s proposed version of the Q and A for publication, we hit the brakes and insisted they not publish it. We were concerned that they intended to post it in violation of the ground rules. That was our misunderstanding. In fact, the editors did follow the ground rules, which we greatly appreciate. In light of the meeting, the Dean agreed to let the Record publish the Q and A.”

The Record editors published the interview on their website Wednesday. In the Q and A, Minow answers questions on a variety of topics, including the gender breakdown of the first-year Law class, affirmative action, the 2016 presidential election, course requirements, and the Cubs.

But while the back-and-forth over the Record’s right to publish Minow’s answers was a misunderstanding between The Record and the Law School communications department, it raised larger questions about the dean’s accessibility and transparency.

An said the goal of interviewing Minow was to give her a chance to respond to Law students’ questions he thought she had not yet addressed.

In a statement provided to The Crimson by Deakin, Minow wrote, “One of the best parts of being Dean of Harvard Law School—maybe the very best part—is interacting with students, which is one of the reasons I've continued to teach each semester, and why I devote as much of my time to meeting with students as I'm able. We're a learning community, and I learn from our students and hope they learn from me.”

Rennix said she did not think the interview warranted the Law School’s initial refusal to grant the Record permission to publish it.

“The interview… is not anything scandalous,” she said.

An thinks people at the Law School are more prone to shy away from publicity compared to those at the rest of Harvard’s schools. Law students and lawyers, he said, are reluctant to take a public stand that might one day jeopardize their chance to be appointed to various legal or judicial positions.

“Among law students and lawyers, there’s a deep deep conservatism,” An said, defining this conservatism not as political in nature, but as “a personal reticence to not necessarily make waves or speak out.”

In a statement to The Crimson, Deakin challenged the idea that this phenomenon extends to the dean.

“Dean Minow is accessible to students on a daily basis,” Deakin wrote. “She meets and speaks each week with student groups, at student-organized events, and with students individually by appointment. She values the importance of being accessible to the editors of The Record.”

"Dean Minow speaks with reporters, students and faculty on an ongoing basis, about all sorts of matters and in a variety of settings,” Law School spokesperson Robb London wrote in a statement after The Crimson requested comment from Minow on her interview policy.

“Over the course of her career, she has used a variety of ground rules for press interviews, depending on the focus or subject matter of the interviews. As a general practice, she has favored off-the-record interviews for wide-ranging conversations. Even in those interviews she’s always made it clear that she will consider requests to publicly release quotes after review, and she has done so many times,” London wrote. “She speaks on those terms regularly with many reporters from around the world, and she has found that they value the opportunity to gain background information and to build relationships that extend beyond one particular inquiry or story."

Harvard Law Record editors declined to provide The Crimson with a copy of the latest email from Deakin granting access to print their September interview with her, citing a new understanding they have with Law School spokespeople. All subsequent communications between the Record and the spokespeople—apart from prepared statements designated for publication—are off the record.