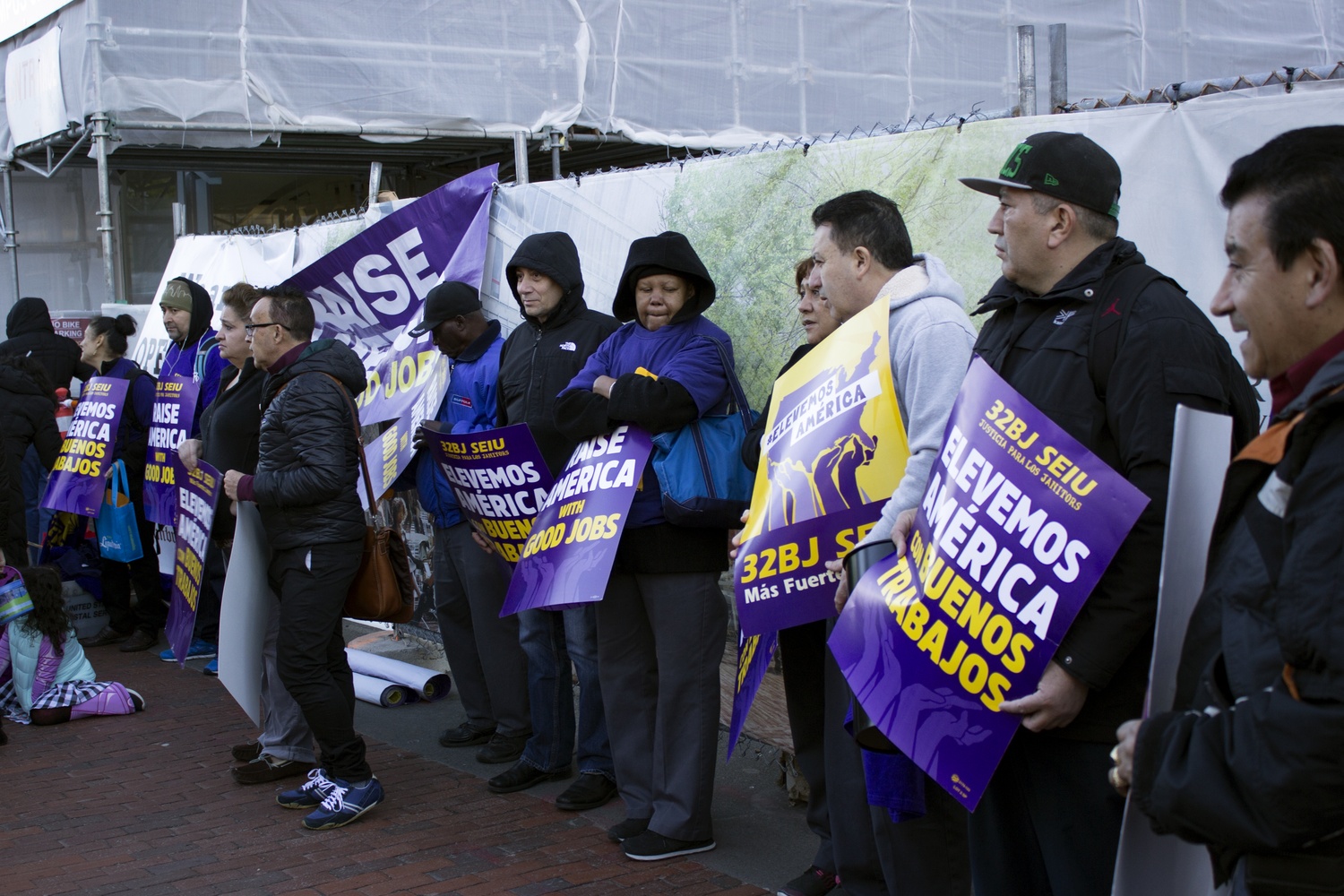 The janitors and guards, represented by the local union 32BJ Service Employees International Union, are currently engaged in bargaining sessions with the University that kicked off in mid-October. Their contract is set to expire Nov. 15.

The rally, which began in front of the Smith Campus Center and advanced through Harvard Square and Harvard Yard, drew about 60 workers. With some wearing purple SEIU shirts and others opting for festive Halloween costumes, the workers organized in front of Mass. Hall, where Jason Faria—Higher Education Division Director for SEIU—spoke of the progress of the union’s negotiations.

Faria said the union had put all of their proposals on the table, though he did not delve into specifics.

“We are expecting a lot of responses from Harvard tomorrow, and we’ll have a clear sense from Harvard of where we’re going with this,” Faria said Monday.

Their march comes less than a week after Harvard’s dining hall workers’ historic strike came to a close after rocking campus for three weeks and resulting in the closure of nearly half of the undergraduate dining halls. Last week, the dining services union reached a tentative agreement with the University that established a $35,000 minimum guaranteed salary for full-time employees and covers, until 2021, health care copayments when they increase in 2019.

SEIU spokesperson Eugenio H. Villasante declined to comment on whether the union modeled their proposals on the HUDS agreement.

“Broadly speaking, the main bread and butter issues are fair wage increases to keep up with the rising cost of living, maintaining affordable family health care, and ensuring adequate funds for retirement,” Villasante wrote in an email.

University spokesperson Tania deLuzuriaga wrote in an emailed statement that “Harvard has enjoyed a long and productive relationship with SEIU. We continue to negotiate in good faith towards a mutually beneficial agreement.”

Absent from the rally was the same show of student support throughout the HUDS strike. When addressing the crowd, Faria asked for students to cheer if they were present and elicited only a few cries from the gathering. Soon after he finished speaking, that crowd disappeared.

Addressing those students, Faria said: “I know you’re tired. It was a long fight with the dining halls.”

The Student Labor Action Movement—the organization that spearheaded efforts amongst students to support the HUDS workers during their 22-day strike—was not present as an organization, according to SLAM member Gabe G. Hodgkin ’18.

Faria said the union intends to hold “small actions” throughout the campus for the duration of the week. Negotiation sessions are scheduled for Tuesday, Thursday, and Friday, according to Faria.