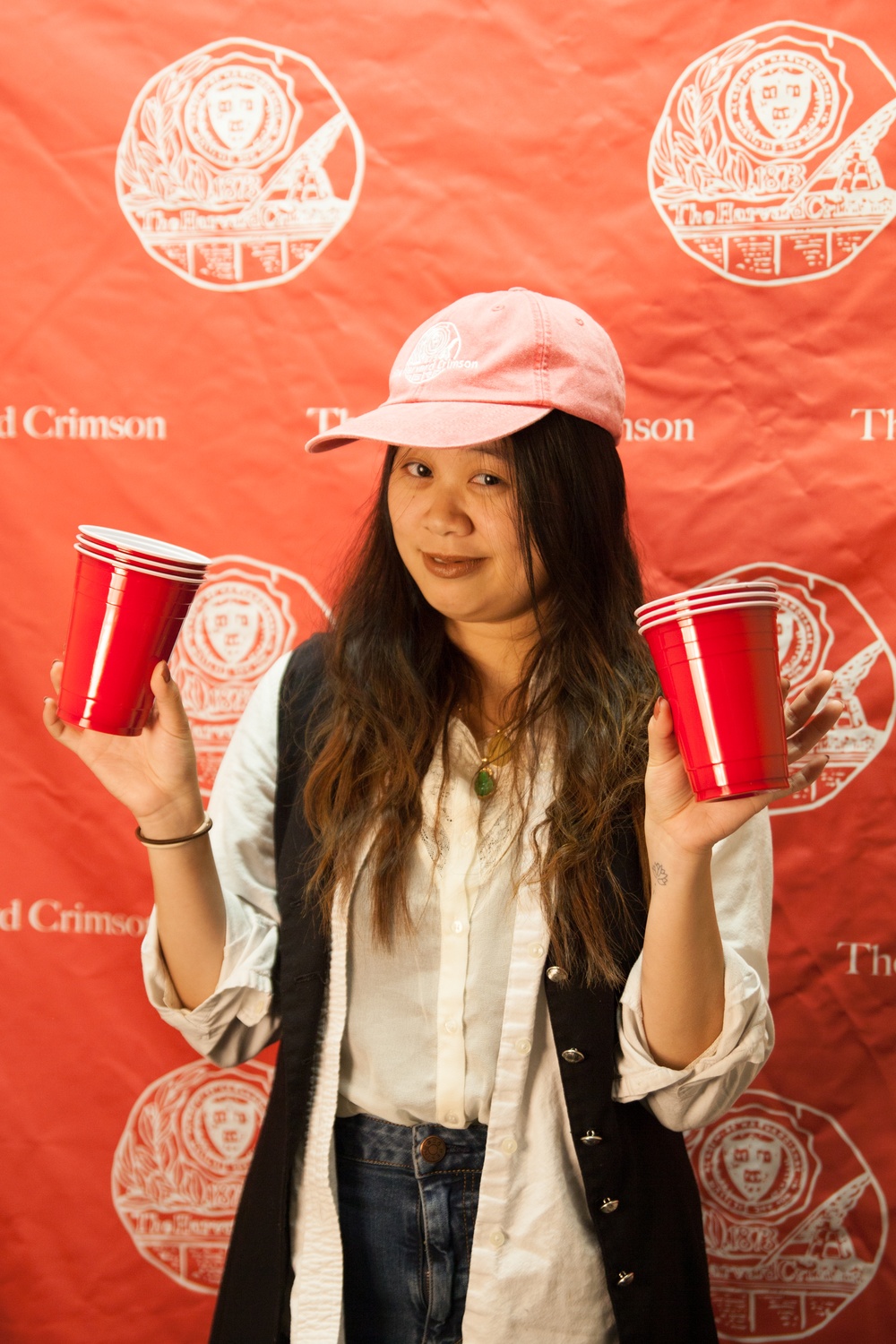 Ha D.H. Le '17 is actually not a frat boy. Apparently, she just has the "aesthetics of one" (according to all who know her). By Katherine L Borrazzo
By Ha D.H. Le, Crimson Staff Writer

At the end of each year, members of The Crimson submit their candidacy for executive positions in a process called the Turkey Shoot. Attached is one proposal for an arts associate editorial position, somehow lost during this year’s shoot but now found.

2016 brought huge changes for The Harvard Crimson’s arts section. With our transition into the daily, we now reach a larger, more diverse readership. But what do these readers first see when they turn to the arts pages? Page 3: a carefully designed Arts banner, a well-written feature and equally well-photographed image, and our section’s ugly duckling—the arts calendar. It’s time for a revival. It’s time to overhaul the arts cal.

Who am I? I’m [Harvard ID Redacted]

Since joining The Crimson exactly 1,038 days ago, I have compiled the arts cal two times—in other words, 0.192678227 percent of my time with 14p has been with the calendar. With my clear adeptness at mathematics and equally clear devotion to the arts cal, I would bring incredible experience to the calendar exec role.

Ch-ch-ch-ch-changes (Turn and face the cal)

The arts cal has used the same format and system since the beginning of Arts itself. While I understand huge change will face resistance, I propose several actionable measures that will make the transition smoother:

—Ha D.H. Le is the outgoing Arts Chair and prospective incoming Calendar exec. She is planning to spend her retirement from The Crimson moored off the coast of Los Angeles with her Best Friend Victoria Lin, whose nails she plans to paint every day.