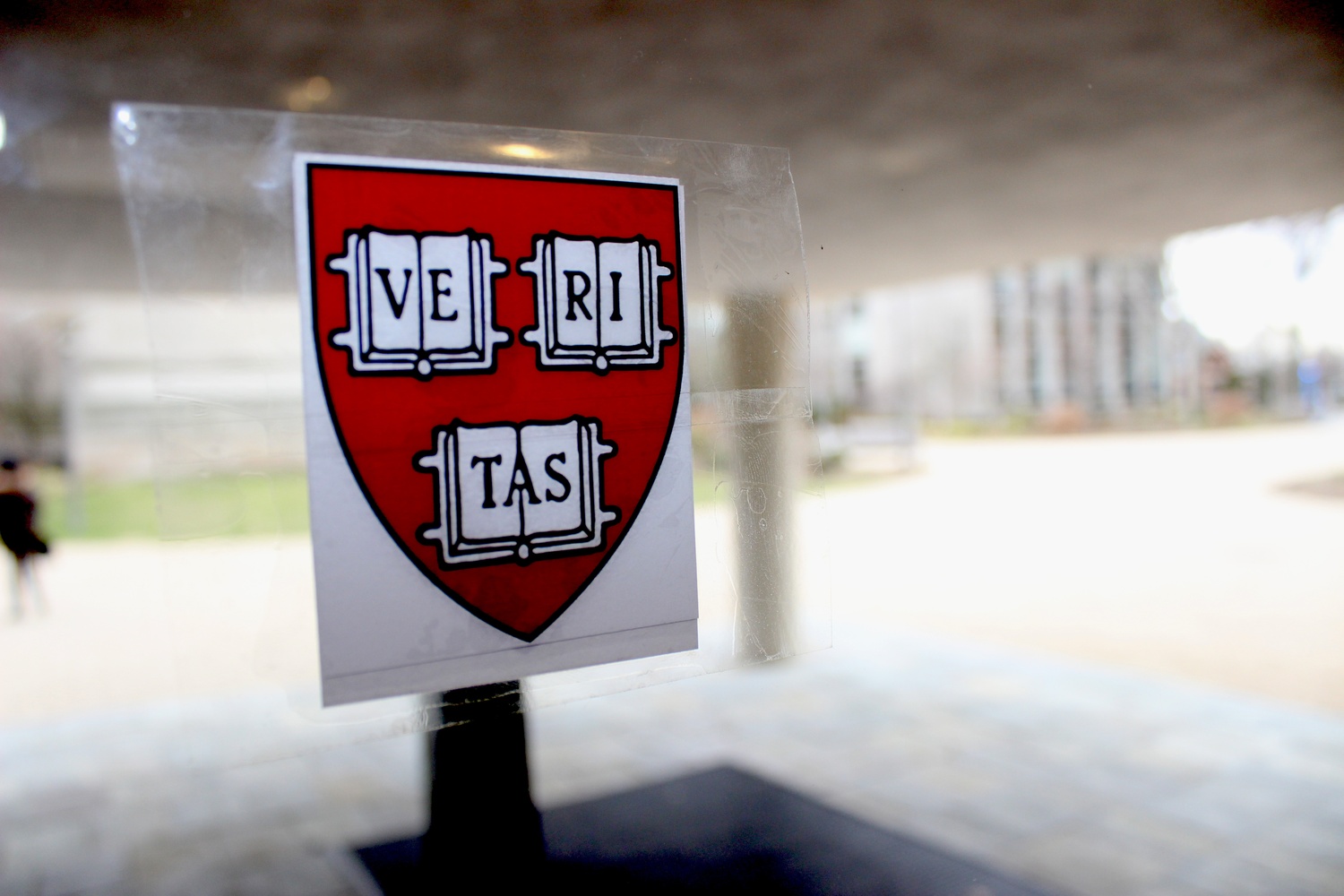 Eight years ago, as a historic election captivated the nation, then-presidential hopeful and Harvard Law School alumnus Barack Obama called on a number of Law School faculty members to advise him on his road to the White House.

After Obama was elected on Nov. 4, 2008, he again looked to Law School professors when building his administration.

Between 2008 and 2016, at least six professors left the Law School after Obama appointed them to administrative or judicial positions. Cass Sunstein left the school to head the White House Office of Information and Regulatory Affairs, Jody Freeman to be Obama’s Counselor of Energy and Climate Change, Laurence H. Tribe—Obama’s former professor—became the Senior Counselor for Access to Justice, and Daniel Meltzer served as Principal Deputy Council.

Former Law School Dean Elena Kagan left for the Supreme Court in 2009, and professor David J. Barron '89 for the First Circuit Court of Appeals in 2014.

In one way or another, Harvard Law professors helped shape Obama’s legacy. But the relationship between the Law School and the next president has yet to be defined.

“I think law is about policy choices so by definition we are always involved in policy choices,” Law professor Christine A. Desan said, referring to her fellow faculty members.

For nearly 200 years, presidents have drawn on Harvard Law School professors to fill posts in their administrations. The trend is part of a reciprocal relationship between the School and the federal government: Law professors’ scholarship drives policy and judicial rulings, and the school benefits from professors’ experiences in Washington when they return to Harvard.

“I don’t know this time around whether there’s anyone on the faculty who is an adviser to either of the candidates. And I think I would know if there were.” Fried, who has taught at the school since 1961, said.

“I’m not sure I know why,” he added. “It may be that Hillary Clinton has a much tighter circle of advisers and experts and so on.”

Fried does not know any Trump supporters on the faculty—unsurprising, given that 98 percent of campaign contributions by Law School faculty between 2011 and the third quarter of 2014 went to Democratic campaigns.

“I suppose it would be accurate to describe the Law School’s faculty as leaning, by and large, although by no means universally, in a ‘liberal’ direction,” Tribe wrote in an email.

Faculty departures, then, are more likely to result from a Clinton victory.

Podesta’s leaked emails indicate that some Harvard Law professors are on the Clinton campaign’s radar. The emails often refer to op-eds written by or referencing Law School faculty, including several articles by Sunstein, who several Law School professors identified as someone a Clinton administration could approach. Sunstein wrote in an email that he is “not doing any interviews on any topics until well into 2017” because of his wife Samantha Power’s position as U.S. Ambassador to the United Nations under Obama.

Law Professor and former member of Obama’s Presidential Advisory Committee on HIV/AIDS Robert Greenwald said he received a call from someone in the Democratic nominee’s campaign—whose identity Greenwald declined to disclose—asking if he would be interested in a position in Clinton’s administration, should she be elected. Greenwald told the staffer he was not interested in a position that would require him to leave the Law School, but that he would consider advising Clinton in a less intensive capacity.

Additionally, in an email addressed to Podesta, Jake Sullivan, the top foreign policy adviser to Clinton’s campaign, listed Freeman as a candidate to advise Clinton on climate and energy.

Clinton’s campaign did not respond to requests for comment.

If any Law professors depart from the school for Washington after the election, they will join a long list of predecessors who held government posts—a tradition that dates to Joseph Story, who became a Harvard Law professor in 1827 while serving as a United States Supreme Court Justice.

“It’s a long tradition at the Law School, and I think it’s a really healthy and good one,” Barron, a former Crimson president, said. “It’s a great feature of Harvard Law School that is has so many faculty that are engaged in public service and the actual practice of law, in particular serving in legal positions in the government.”

The Law School uniquely prepares its faculty for such roles in policymaking, Greenwald said, as he found during his time under Obama.

“In many ways my work at Harvard has really helped to inform the agenda often of the Access to Care Committee and the work of the President’s Advisory Council, so there was certainly synergy between the two that certainly made it a lot easier for me than it would have been for other people,” Greenwald said.

Shared interest forges a mutually beneficial relationship between the Law School and presidential administrations that leads each to seek out the other.

“People within the government who are working on particular areas become knowledgeable about scholars or practitioners whose work is relevant,” Desan said. “On the other side, people who are practitioners or scholars keep an eye on what initiatives government officials are considering and get in touch with them, contact them, and see if there’s some overlap [and if] it would be useful to communicate or useful to work together.”

While the Law School-to-Washington pipeline is well-established, faculty often keep their aspirations quiet while at the Law School, which makes conjectures about potential presidential appointments difficult.

“I don’t recall it being a general topic of discussion at the school,” Barron said.

“Who knows what kinds of ambitions people nurture in their hearts,” Fried said. “Do some people angle for this? Some people do.”

Some professors actively seek out appointments. In a 2008 email with line subject line “my desire to help,” obtained via Wikileaks, Tribe wrote to Valerie Jarrett, one of Obama’s top advisers, asking for a position.

“Among other things, I’d be honored to serve as Barack's White House Counsel or even to take on a role requiring Senate confirmation, such as Solicitor General or Assistant Attorney General,” he wrote in the email to Jarrett.

If these positions were already filled, Tribe wrote, the President could create a role concerning constitutional governance. Tribe offered to fill such a role.

Obama did not appoint Tribe to any of the positions he proposed, but instead offered him a role as the first Senior Counselor for Access to Justice.

“The positions I described didn’t end up fitting the bureaucratic landscape,” Tribe wrote in an email to The Crimson earlier this week.

Desan, who specializes in monetary law, said she would consider working on monetary policy in the Treasury Department or the Federal Reserve under the next administration.

“I will keep an eye on what policy initiatives people are taking in the administration,” she said.

When professors depart the Law School for government, they leave positions to fill and questions about whether they will return.

University policy stipulates that faculty may take a two-year hiatus to serve in government positions. If their absence exceeds two years, they must resign their tenured posts at Harvard.

“Because very few are willing to give up what amount to lifetime posts, their departure normally creates at most a temporary gap,” he wrote.

To fill this gap, the Law School typically asks existing faculty to pick up courses their colleagues taught before taking up their government posts, Law School spokesperson Michelle B. Deakin wrote in an email.

For those who choose to resign their posts, some—like Barron—continue to teach as visiting professors.

“I think there’s generally a presumption that they’ll take you back,” Fried said.

Deakin declined to “publicly discuss internal decisions about the teaching program in past years.”

The impact of losing professors has changed over time as the faculty has grown. Fried, who arrived at the school at the start of John F. Kennedy’s presidency in the 1960s, remembers a sizable portion of what was then a very small faculty leaving for the new administration—a mass departure that caused a noticeable ideological shift at the School.

In the ensuing decades, as the size of the faculty increased substantially, losing a few professors after each election no longer has an obvious impact on the overall atmosphere of the School, several faculty members said.

Time away in government can be an asset to the Law school if these professors return. Faculty members said they found that their experiences in Washington have influenced their work at Harvard.

“Your experience does inform your intellectual agenda, your writing agenda, and your teaching agenda for sure. It would be strange if it didn’t,” said Fried, who began teaching courses on federal courts and constitutional law after returning from being Solicitor General.

Professors say students often find it appealing to have faculty members who have worked in presidential administrations.

“It adds a dimension to what the Law School can offer its students,” Barron said. “The net trade is only positive.”