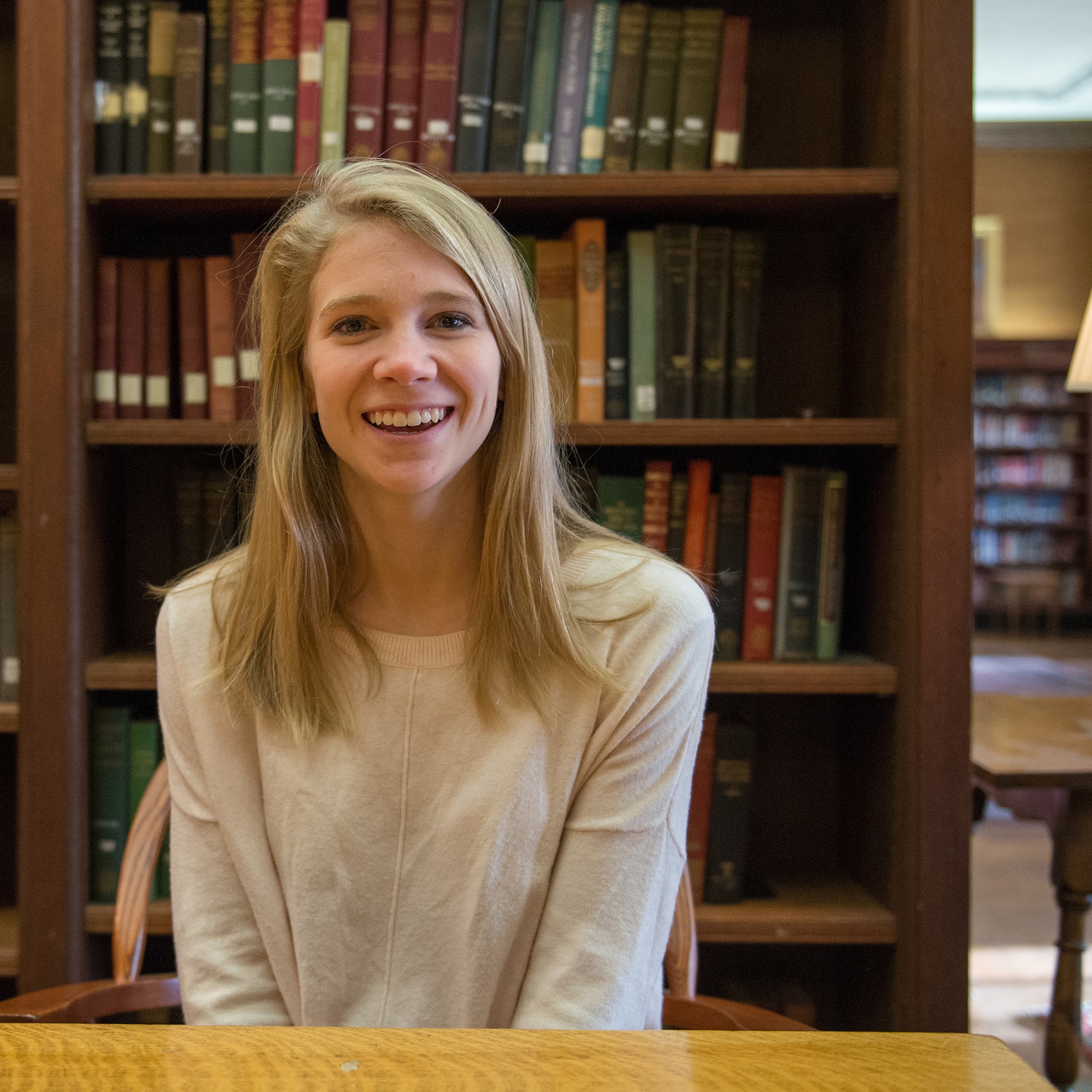 In April of 2014, Molly K. Finlayson ’17 visited the home of a woman in a suburban Ukrainian apartment building. For Finlayson, a Mormon who had left Harvard after her freshman year to complete missionary work along the Ukraine-Russia border, the visit began routinely enough: As Finlayson and her companion introduced themselves, the woman showed them around her apartment, telling them about the art on her walls.

But soon, images on the TV in the next room distracted Finlayson. She saw the square she walked past almost daily, but this time it was full of opposing waves of protesters intercut with images of chaos in the Ukrainian parliament. 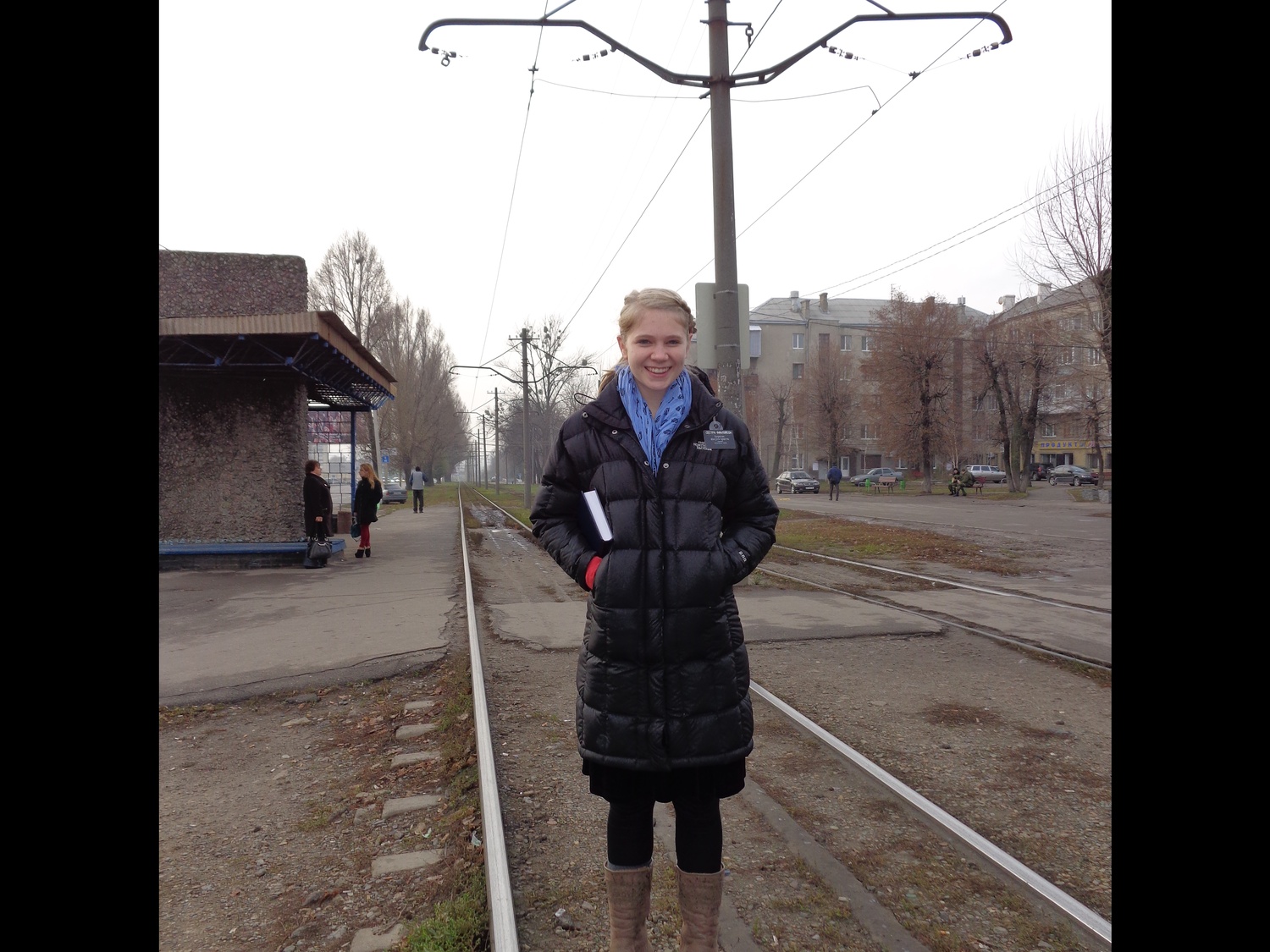 Finlayson in Ukraine, where she went after her freshman year to complete missionary work along the Ukraine-Russia border By Courtesy of Molly K. Finlayson

A few weeks earlier, Finlayson had began to notice signs of unrest. Protesters were starting to congregate in larger numbers near the metro stop she took to church, eventually setting up tents and fires. Without access to internet or international calls, Finlayson could only snatch at rumors of the larger political situation.

Then, one morning as she was helping an elderly man take the bus to church, she caught a radio report. Soldiers had fired on protesters in a square in Kiev. “I remember thinking I never thought I’d find myself in a country where they’d be killing their own citizens,” Finlayson says.

After that report and the violence in the local square, things happened quickly. Finlayson and her companion were told they would be evacuated within 36 hours. The next night, they were on one of the last trains out of the city.

Even before political unrest came to a head, life during the mission had been far from easy. Finlayson started each morning at 6:30 a.m. with exercise, scripture, and Russian study, and spent the day teaching English, working on service projects, and approaching Ukrainians on the street, in their homes, or at pre-arranged sessions to speak about her faith. The work felt thankless at times—in a rough economy exacerbated by corruption and political instability, many Ukrainians, says Finlayson, could only spare time for more immediate day-to-day concerns. It was difficult to determine whether Finlayson, who seems pained by the thought of not helping others, was making much impact at all.

“There were a lot of long, dark nights knocking on doors,” she says. “Growing up and being at a place like Harvard, you’re used to getting very clear results from your efforts, like, ‘Oh look, you got an A,’ or ‘You’re going to States,’ or ‘Here’s your score.’”

In Kiev, Finlayson says, “nothing was really measured, and I felt like I was putting in so much effort and seeing very little of what the expected output would be.”

Still, when it came time to leave the country and all its challenges and opportunities, Finlayson found herself overwhelmed with a desire to stay, to try to find ways to help. 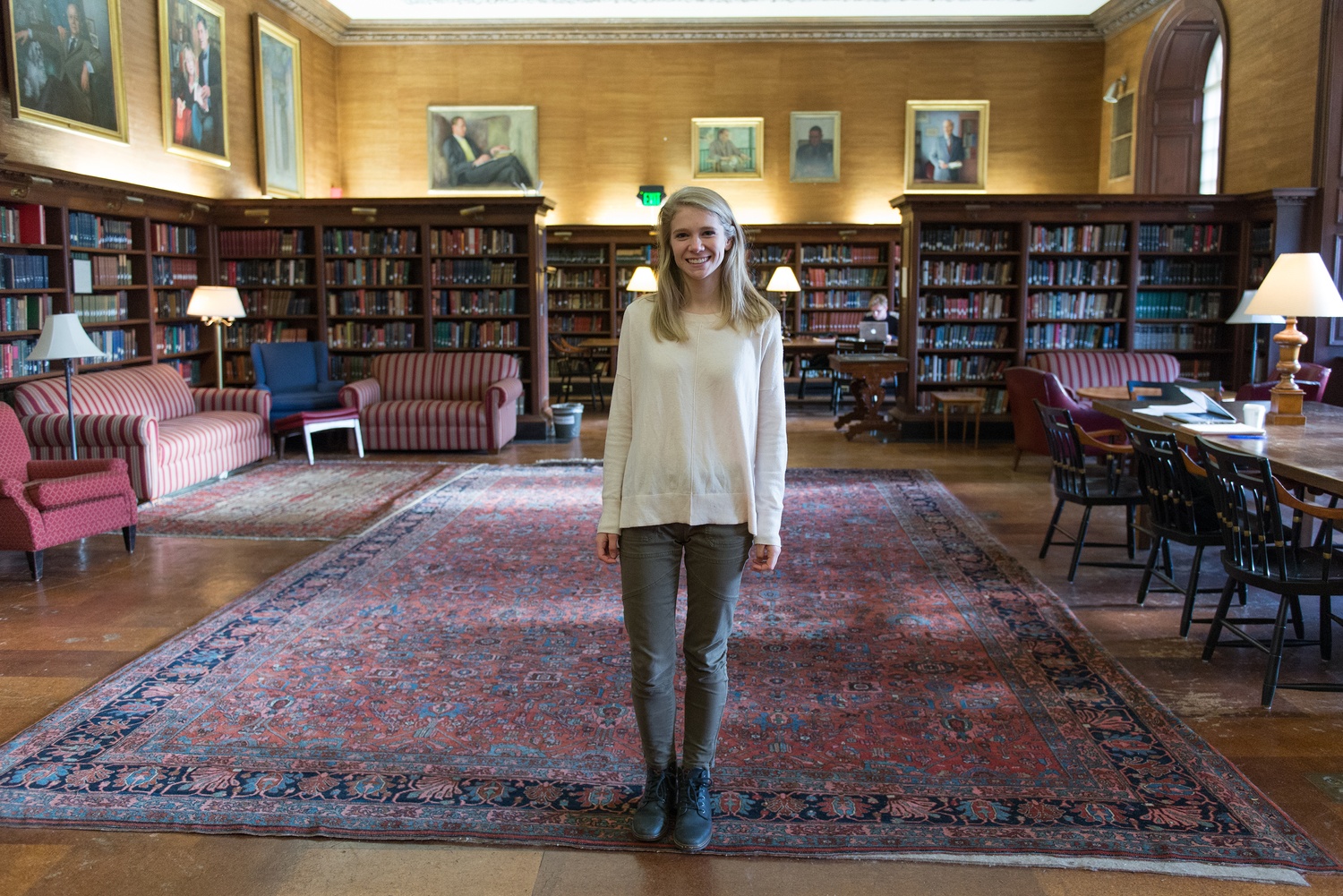 “I was worried about the people that I had been working with,” Finlayson says. One woman of Russian descent told Finlayson that she was afraid her neighbors might turn on her if war broke out; a man asked fearfully if the authorities who had decided to evacuate Finlayson knew of impending chaos. Despite the hardships she had faced in Ukraine, Finlayson says, leaving was by far the most difficult part of the trip.

Half a world away in California, Finlayson continued her mission and found new ways to do meaningful work. She helped out in a food pantry, and found a community more open to talking about Mormonism—albeit one with its own diverse set of challenges and struggles. The new environment was a stark contrast to Ukraine, but in some ways a welcome respite. In Ukraine, Finlayson joked, she was usually the only one smiling, but California was different. “I’ve lost my edge, I’m not the smiliest person anymore,” she laughs.

The return to Harvard brought its own adjustments, too. Used to the routine and single-minded focus of mission work, Finlayson found herself temporarily overwhelmed by the possibilities of campus life.

“I hadn’t been thinking about me in a year and a half,” she says. “The whole time I was on my mission, it was like, ‘What can I best do to help the people I’m working with, how can I best use my time?’ I didn’t know how to sort out what I was interested in anymore.”

Returning to old loves—books and violin and the outdoors—has helped. She’s immersed herself in her studies—Finlayson will graduate in December with a concentration in History and Literature and an East Asian Studies secondary—and gotten more involved with the Mormon community on campus, which she says has become like a family.

Ukraine isn’t far from her thoughts, though. Finlayson imagines someday returning to the country, walking with her parents along the dirt roads that became so familiar over her time on the mission, “just to have them see what’s there.” And though the months she spent abroad were incredibly difficult, the impressions which linger are overwhelmingly positive.