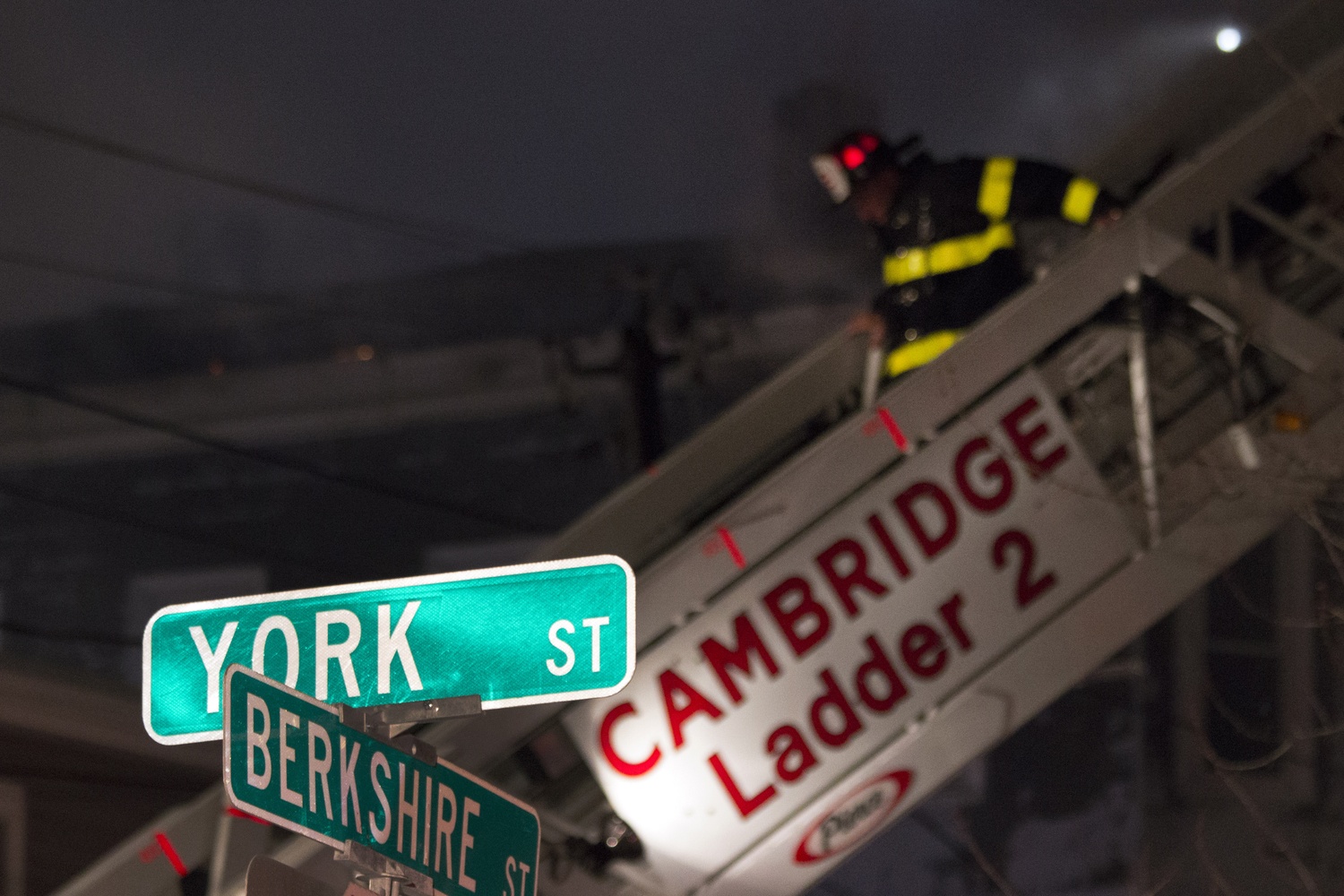 A 10-alarm fire broke out in Cambridge Saturday afternoon, setting multiple buildings ablaze and drawing firefighters from as far away as Newton, Mass.

The fire was contained to one building as of around 9 p.m., according to Cambridge Police Department spokesperson Jeremy Warnick. By that time, upwards of 50 to 60 people had been displaced from their homes, he said.

The fire began in the afternoon on Berkshire Street, near Kendall Square, and eventually spread to reach at least 11 buildings and several cars parked on the street, Warnick said. Between five and six people have suffered minor injuries due to the blaze, Cambridge Fire Chief Gerald Reardon told CBS Boston.

None of those injuries were severe, according to Warnick.

At one point over the course of the evening, more than 130 firefighters from 17 or 18 companies were trying to put out the fire, CBS Boston reported.

Power has been shut off in the area surrounding the blaze, according to CBS Boston, and the shutdown is likely to continue through the rest of the night. Eversource, an energy company servicing New England, told CBS Boston that more than 1,600 of its customers were without power due to the fire as of about 6 p.m.

The Cambridge Fire Department tweeted out a warning about a “structure fire” at 2:52 p.m. Eight separate fire departments from around the region planned to send help, the Globe reported.

Firefighters had to battle the flames while facing winds up to 25 miles per hour and breathing in dense smoke, according to the Globe.

There is a shelter open for those affected by the fire at the War Memorial Recreation Center on Cambridge Street, with Red Cross representatives “available” to help, according to a tweet posted by the Cambridge Fire Department around 5:30 p.m.

Shelter is also available at the Cambridge Rindge and Latin School on Broadway Street, according to the Globe.

Police and fire officials are asking everyone to avoid the area, according to WCVB Boston. Cambridge Mayor E. Denise Simmons has established a Mayor’s Fire Relief for those who wish to donate to people affected by the blaze. 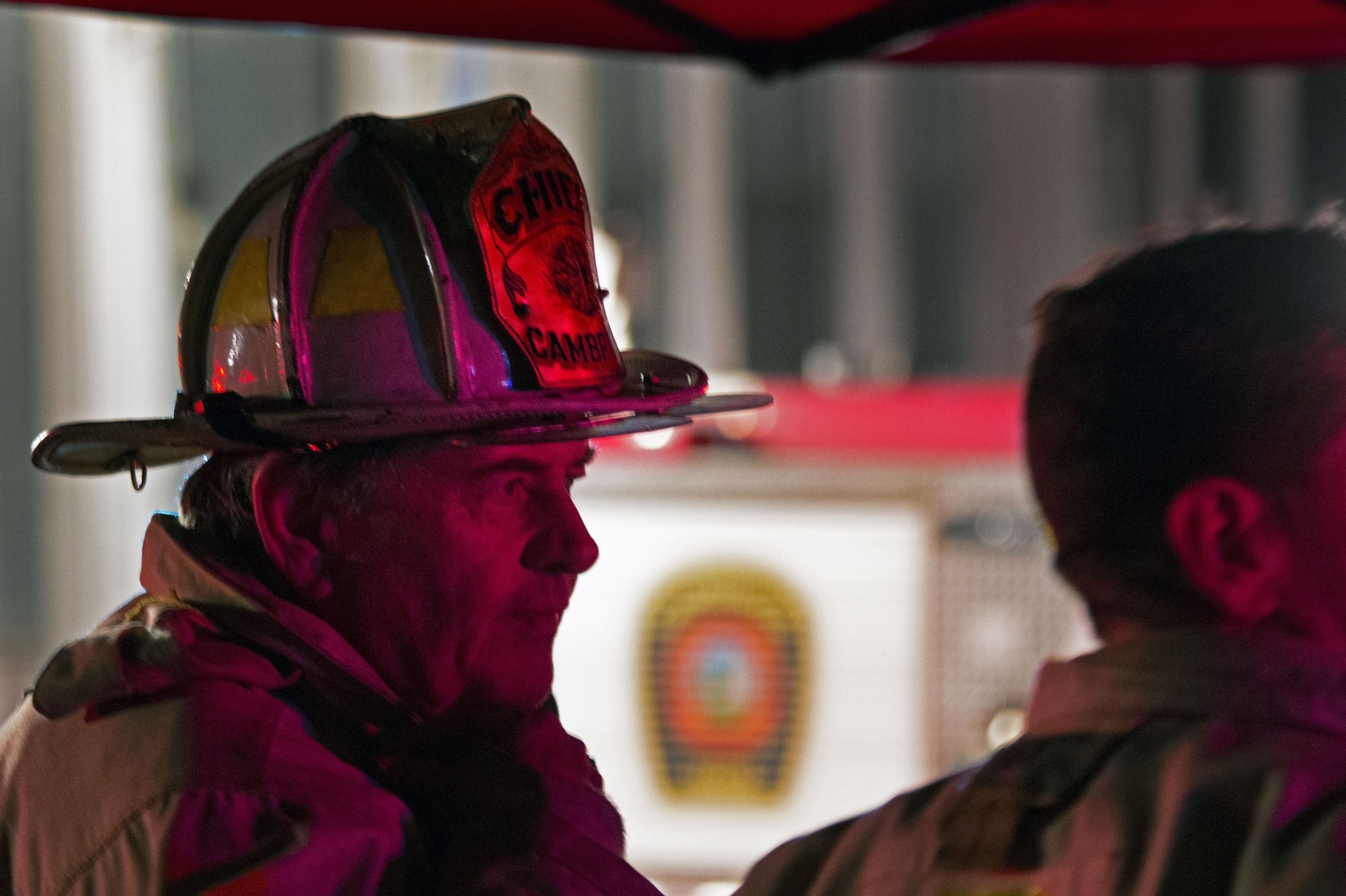 Reardon told CBS Boston the investigation into the cause of the fire will be “long and protracted.”