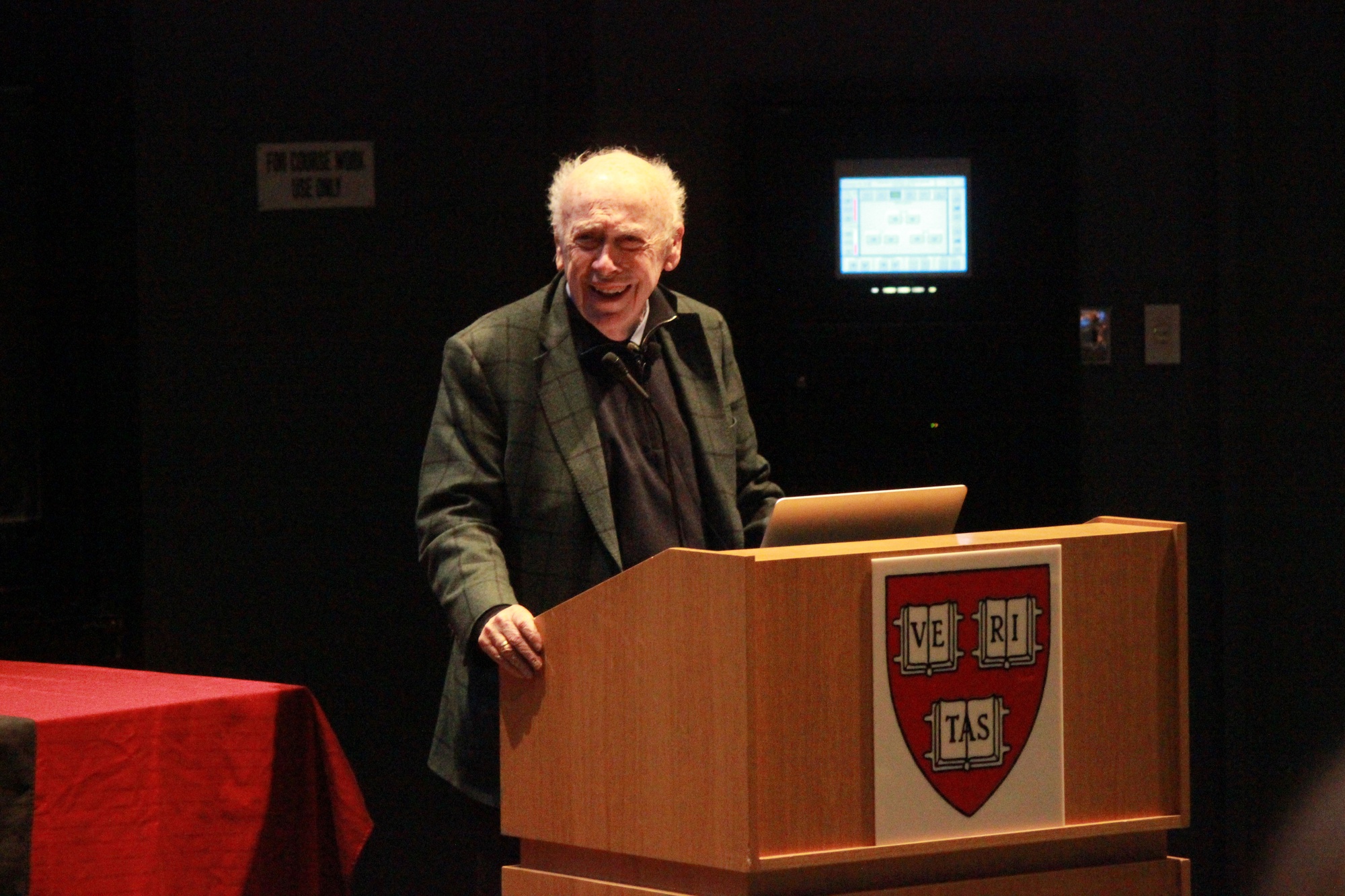 James Watson, who along with Francis Crick is credited with discovering the double helix structure of DNA, shared life advice to a crowd of mostly LS1B and OEB students.
By Ellen Zhang, Crimson Staff Writer

Scientist James D. Watson, best known for receiving the 1962 Nobel Prize in Physiology or Medicine for the co-discovery of DNA with Francis Crick, reflected on his life experiences and gave general advice on success at a lecture Thursday. 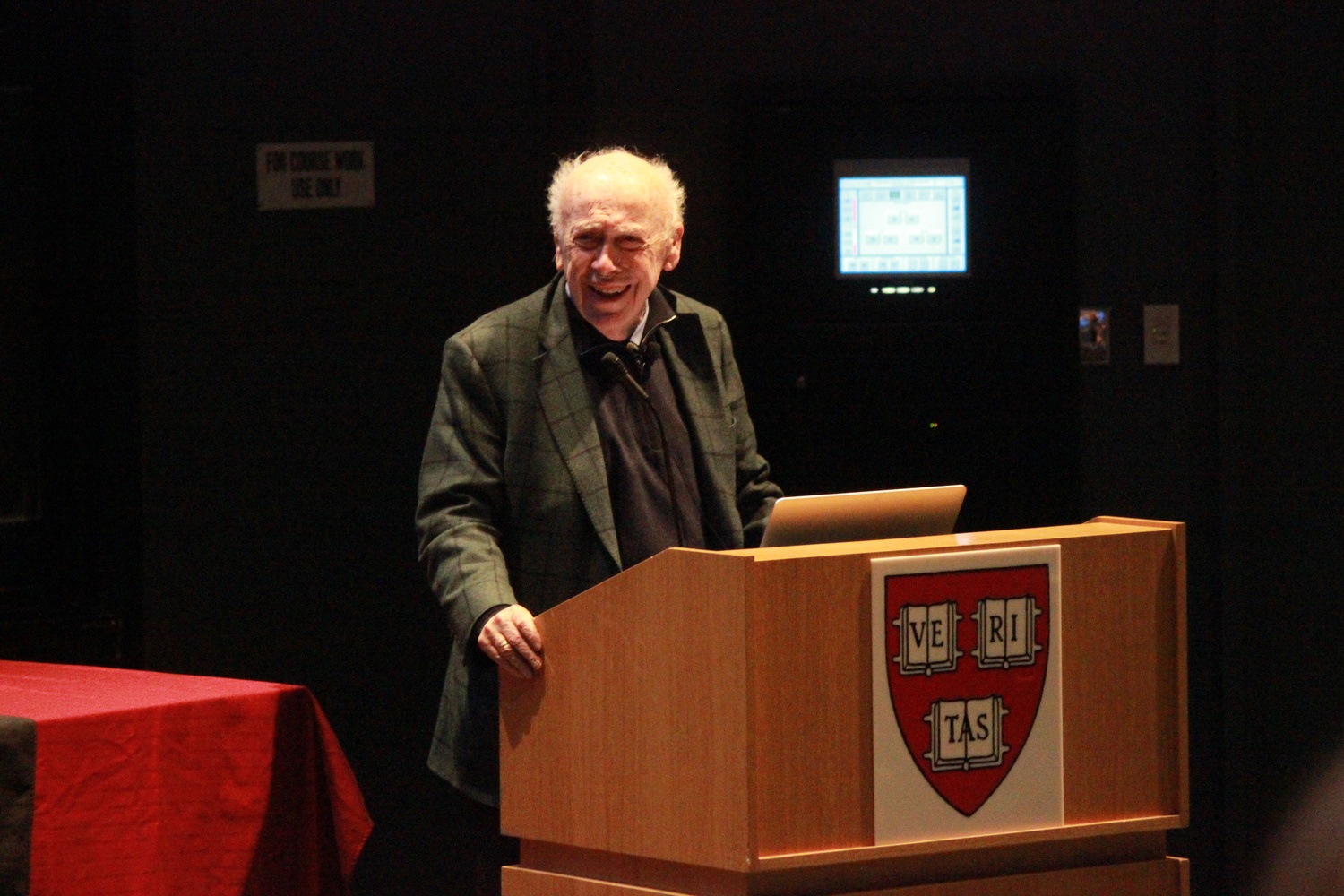 James Watson, who along with Francis Crick is credited with discovering the double helix structure of DNA, shared life advice to a crowd of mostly LS1B and OEB students. By Savannah I. Whaley

Watson gave advice geared toward undergraduate students by coming up with a list of rules that he has gathered in his personal life. He had 100 such rules and recounted their origins, starting with his experience growing up on the southside of Chicago. Striking a humorous tone, he first advised students to avoid fighting bigger boys or dogs.

Watson delved into his undergraduate experience at the University of Chicago, offering tailored advice to college students in the audience.

“College is for learning how to think and the second rule is knowing ‘why’ an idea is more important than learning ‘what’,” Watson said.

He then described taking courses in zoology, his undergraduate major and a subject he is passionate about.

“The great thing about biology is that you always know that you are right,” Watson said.

Speaking about his own personal success, Watson repeatedly stressed a simple maxim: “you shouldn’t do anything unless you want to win.”

Moreover, he stated his belief in the importance of finding good mentors and partners for collaboration, both of which are factors he attributed to his success. He listed many famous figures, including Salvador E. Luria and Maurice H.F. Wilkins, as people with whom he has developed close relationships and helped him in his scientific career.

When asked about scientific findings that would be as revolutionary as the discovery of DNA, Watson spoke about insights that could arise from uncovering how information is sorted in the human brain. This topic is personal to Watson since he has a son with a mental illness.

To many in the audience, Watson served as an inspiration and role model in terms of his approach to his work and his accomplishments.

—Staff writer Ellen Zhang can be reached at ellen.zhang@thecrimson.com.