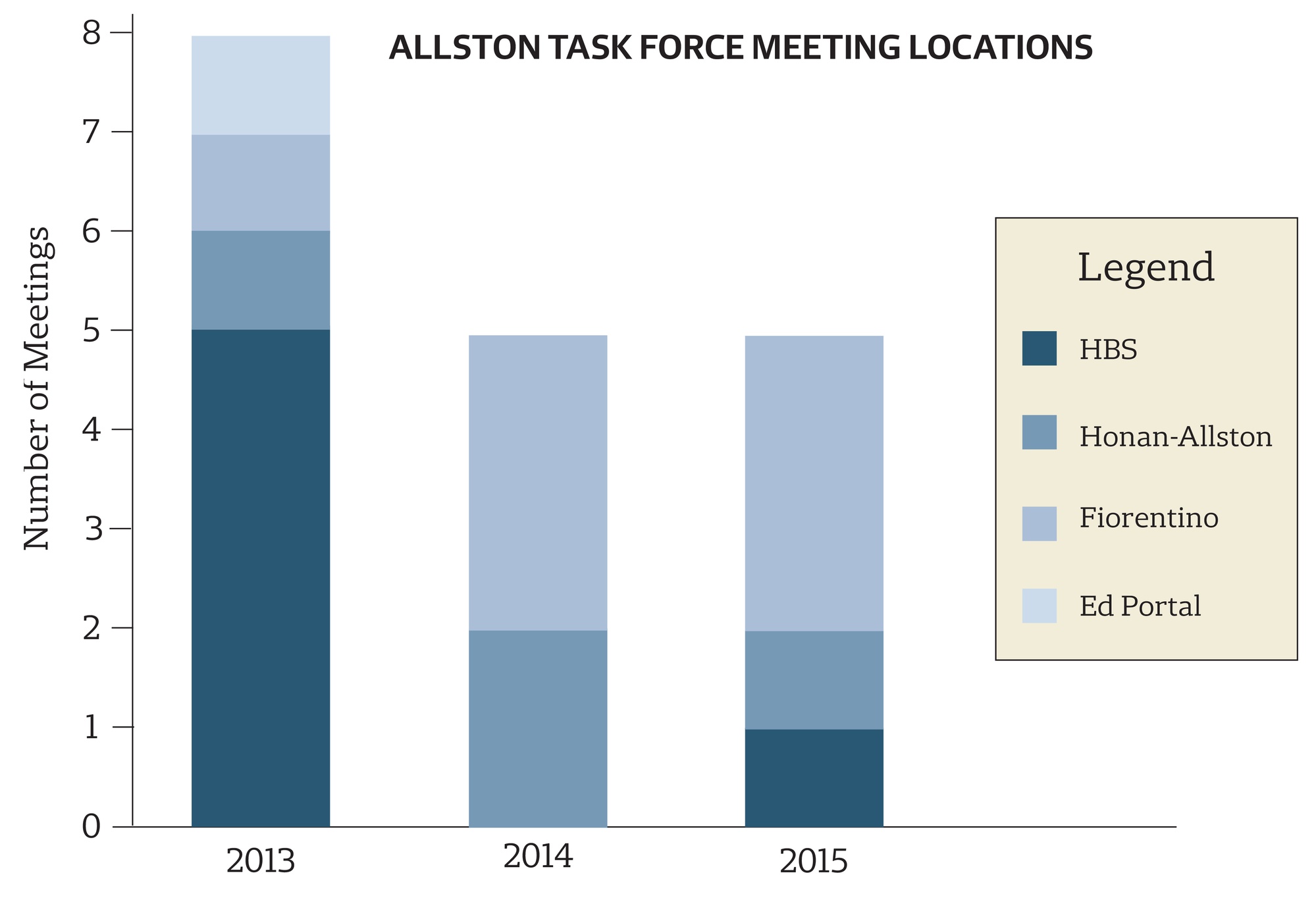 As Harvard marches forward with Allston construction, some local residents say getting to Harvard-Allston Task Force meetings is becoming too much of a hike.

Paul “Chip” Alford, an Allston resident and frequent meeting attendee, argued that the recent trend of task force meetings scheduled in neighboring Brighton or on the Business School campus threatens to exclude the local residents from discussions.

“My neighbors can’t make it,” Alford said. “They’re old people, and they go up to the meetings...with their walkers and canes and stuff.” 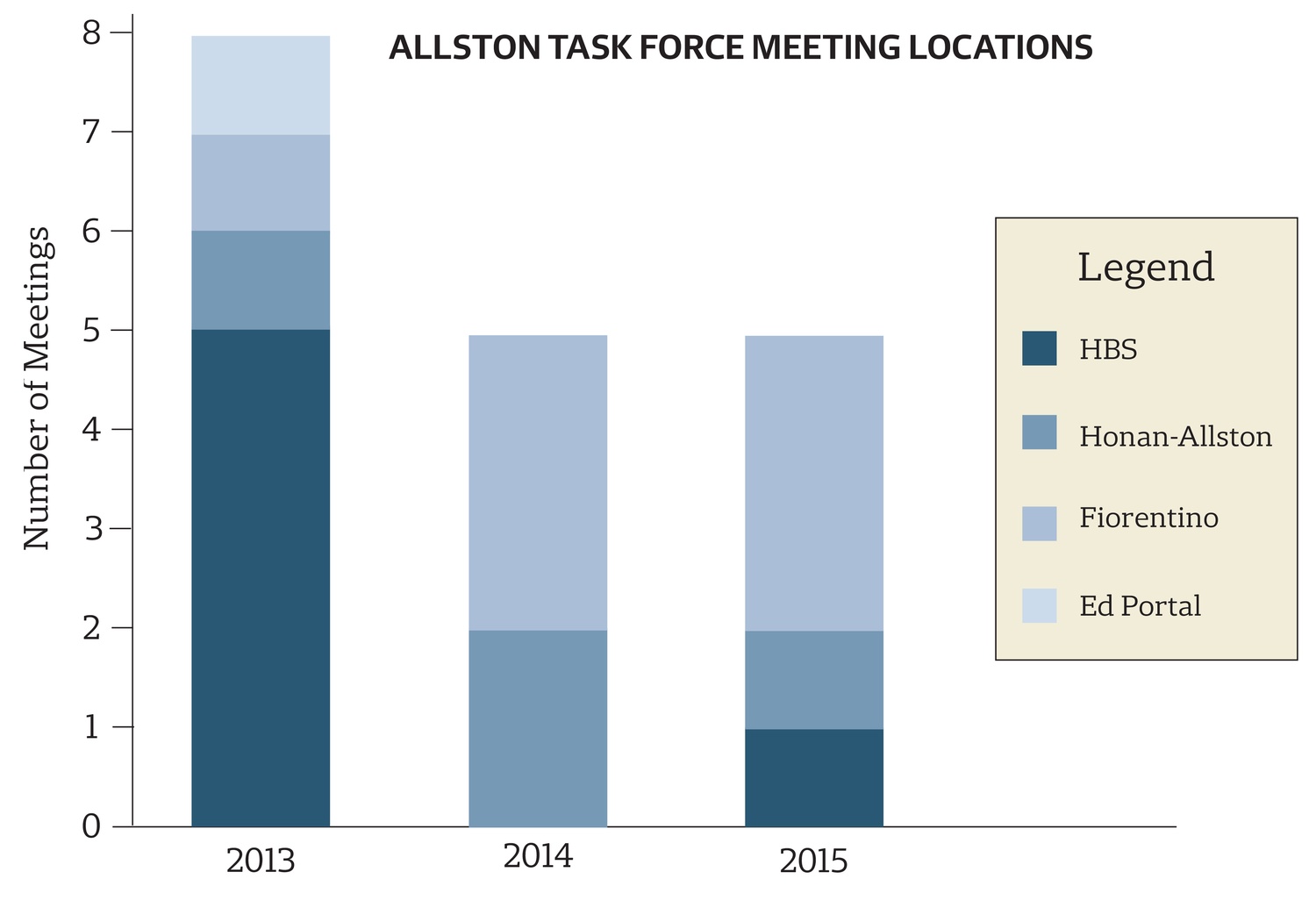 The task force, a neighborhood advisory body founded in 2006 to deal with issues related to Harvard’s Allston projects, holds meetings roughly once every two months, though there is no set schedule. Meetings are intended to foster discussion of Harvard’s “ongoing planning and development in Allston” and the “public is encouraged to attend,” according to the Boston Redevelopment Authority’s website. The BRA is Boston’s urban planning agency.

Data provided by Gerald Autler, the BRA’s senior project manager, confirmed that between 2013 and 2015, the majority of task force meetings took place in various Business School buildings or at the Fiorentino Community Center located in Brighton about a mile away from the library.

Alford said he believes that it is more difficult for Allston’s elderly residents—who he said comprise the majority of the population affected by Harvard’s developments—to attend meetings held in locations other than the library.

“I might even go as far as asking Harvard University to provide shuttle service from the library to [the community center],” said John A. Bruno, the interim chair of the task force.

Both Autler and Bruno cited scheduling difficulties as the reason for the change in location.

Bruno said the library closes at 8:00 p.m., forcing meetings to end prematurely at 7:45 even if the committee is in the middle of a “time-sensitive” discussion.

University spokesperson Brigid O’Rourke declined to comment for the story.

“I understand that there are people who do want to attend, and if it’s inconvenient for them to attend [the community center] as opposed to the library, then yes that’s a concern I need to address,” Bruno said. “How do I address that? I’m not sure.”