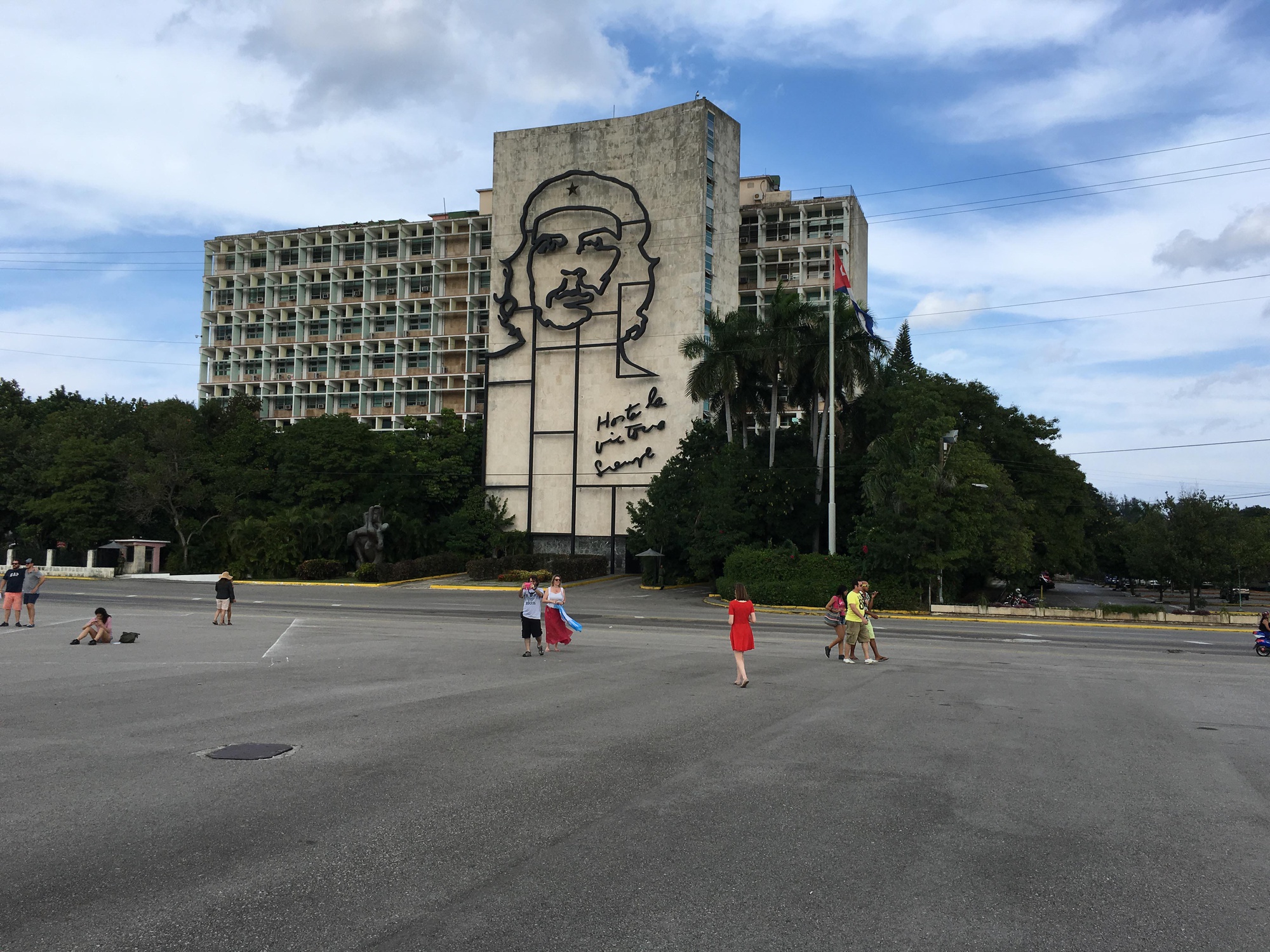 Though Che’s body may be decaying, his dashing face is still everywhere.
By C. Ramsey Fahs

Che Guevara was a pretty handsome guy. Whether clean-shaven and suit-clad or chomping on a cigar protruding out of an unkempt beard, the man looked good.

Though Che’s body may be decaying, his dashing face is still everywhere. In the United States, his resolute mug graces t-shirts and posters in dorm rooms across America, a brutal kind of irony for the man who declared the U.S. and its economic system “the great enemy of mankind.” Guevara’s face has been flattened onto a poster and plastered to the wall of newly minted communists from Oberlin to Vassar.

In Cuba, the country that made him famous, Che idolatry aligns with the national ideology a little better. There, you tend to see his face on billboards, or painted on walls accompanied, most of the time, by a little revolutionary aphorism. “Socialism or Death.” “The fatherland is made by the merits of its children.” “Without control, we can’t construct socialism.”

It seems Che has made himself a happy home. But Cuba, as anyone whose living accommodations aren’t subterranean knows, is opening up. The U.S. and Cuba normalized diplomatic relations in July, and though tourism is still restricted, the State Department’s enforcement has gotten laughably lax.

While U.S. tourism in the islands isn’t rampant, some Americans, worried that one day it might be, are eager to get there before it’s Americanized. A sort of tragedy of the commons by which those who come seeking the “authentic” Cuba are actually the ones contributing to its “Americanization,” ruining the authenticity.

It is in this vanguard of authenticity-seeking authenticity-destroyers that my family and I made the flight from Miami to Santa Clara, a small city in the center of Cuba, where, as chance would have it, Che Guevara is buried. The first thing you notice flying into Cuba at night is all the light you don’t see. Cities in the U.S. are in a perpetual daylight, streetlights and skyscrapers blazing. Santa Clara is virtually pitch black in comparison.

Before driving to Trinidad, we stop at Che’s Mausoleum, a sprawling complex that seems to double as a community park, at least on lazy nights. An American in khaki pants and matching windbreaker is having his picture taken in front of a bronze Che posing with a rifle on a massive marble plinth. At the last moment, as the photographer counts down from three, the American grinningly raises his fist into a revolutionary salute. He brings his hand down almost immediately once the picture is taken.

Cuba is at a complicated time in its history. Fidel Castro is knocking feebly on 90’s door, and Raul Castro, the man who has taken over the presidency from his sickly brother, is, at a seasoned 84 years of age, only slightly more vital. The island is undergoing economic reforms, which have included raising the retirement age, loosening restrictions on private enterprise, and cutting back on the food rations that guarantee nutrition to all Cubans.

It’s all very complicated, and I don’t claim to understand all of the history. All I know is what I saw, though that helps considerably less than you’d think.

Days after the khakied American salutes Che, we take a tour of Havana, a city with architectural schizophrenia. Baroque, colonial, neo-classical, art deco, art nouveau, and modernist buildings, running the gamut from crumbling to newly restored, sit within blocks of one another. Many buildings mix and match elements of these schools into what the tour guide calls “eclecticism.” It’s hard to tell what you should focus on. It’s similarly hard to tell which image best represents the “new” Cuba.

Is it the museum of the Bay of Pigs invasion, praising the “defeat of Yankee imperialism?” Is it the well-dressed tourist snapping pictures of the Plaza Revolucionario with his Nikon, a green canvas hat with a red star flopping off his head? Is it the state-censored newspapers boasting about 2015’s stellar milk production? Is it the fancy restaurant that uses these same newspapers as placemats for tourists? Maybe it’s the tour guide sitting in the 1962 Ford Edsel and telling her American clientele that

“Cubans want McDonald’s, that’s for sure.” She makes most of her purchases on the black market, which she claims offers the highest quality goods.

I wonder what Che would think. The Che of the highway billboards with the text overlays of “Socialism or Death,” the Che decalled onto the headlights of a truck driving the weathered concrete roads of Trinidad would no doubt be appalled by the impurity of it all.

I wonder more, though, about the real Che. The flesh-and-blood revolutionary who lived in one of the nicest houses in Havana, a spacious compound at the top of a promontory overlooking the city and right next to a giant statue of Jesus Christ. They say he had a taste for fine cigars and used a private driver. From his house, you can just make out the plazas of Old Havana, where street vendors hawk posters of him to tourists.