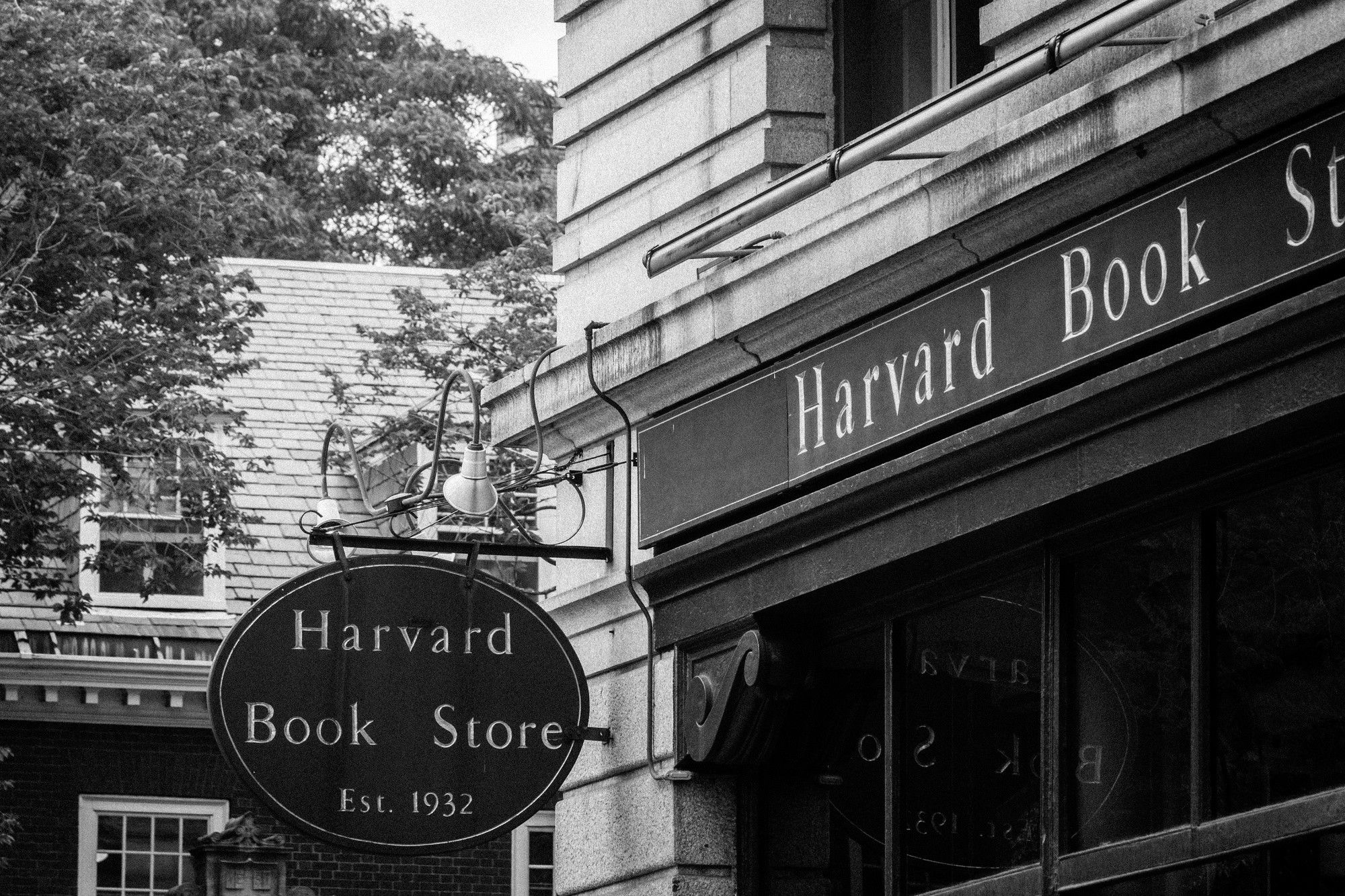 Before presenting at the Harvard Book Store, Scott chatted with FM about topics ranging from his book and Rotten Tomatoes to #OscarsSoWhite and “Freddy got Fingered.”
By Keyon Vafa

Shortly after this year’s Academy Awards, New York Times film critic A.O. Scott ’87-’88 visited Harvard Square to promote his new book, “Better Living Through Criticism.” The book, Scott’s first, addresses the role of critics and criticism in the process of creating art. Before presenting at the Harvard Book Store, Scott chatted with FM about topics ranging from his book and Rotten Tomatoes to #OscarsSoWhite and “Freddy got Fingered.”

FM: In your book, you argue that criticism is imperative to the creative process. What exactly do you mean by this?

S: First of all, the perspective that art takes on the world is inherently a critical one, one that is looking for value, one that is interpreting. I think it’s also true that most art is engaged explicitly or implicitly with other art; that is, artists are inspired by or are trying to imitate, or correct, or improve upon, or understand the work that surrounds them. So criticism is really built into a great deal of what artists do, even at the level of technique, but also at the level of thinking.

FM: Do you think the creation of art is then filtered through this criticism process?

S: I think it is. You know, when you listen to the Rolling Stones, and you hear Muddy Waters, or when you look at a Tarantino movie and you see what he’s doing with Blaxploitation films, what you’re watching is a work of criticism.

FM: Do you think that your criticism as a New York Times film critic impacts the field?

S: In a way, it’s not for me to say. It’s not quite my intention. It’s certainly true that people who are involved in film do read the works of critics, but I’m not sure there’s a direct influence. And I don’t think that it’s necessarily the role of the critic to prescribe what artists do. It’s more the work of critics to try to do some work on behalf of the audience in evaluating and understanding artists’ work.

FM: In a similar vein, the phrase “everyone’s a critic” seems especially relevant today, because everyone has an outlet to express their opinions, be it via blogs or through Twitter. How do you view this change in the media landscape?

S: I think it’s a change in the media platforms that are available for people to express and exchange their opinions. I’m actually not sure it’s a huge change in what criticism is and how it works. I think people have always been reacting to what they see, arguing about it, developing their opinions with more or less rigor or discipline. I think what has changed is that now there is a medium available for the exchange to happen in public and across a much wider, larger public than before.

FM: I would imagine that people today have shortened attention spans, as flashy headlines and sound bites will drive more clicks and reads than long, in-depth articles. Do you think this has affected your role as a critic?

S: I don’t know. The attention span is a mysterious thing. On the one hand, it’s often said that people have short or fragmented attention spans. On the other hand, people will binge watch like 17 hours of a TV show in one weekend. The reviews that are published in The New York Times are substantially longer than they were 30 or 40 years ago. The major reviews of the major movies tend to be 900 or a 1,000 words and that’s partly because our readership seems to want a little more depth and a little more thought. It’s something other than a kind of easy snap judgment or a numerical value that you get on an aggregation site like Rotten Tomatoes.

FM: How do you view sites like Rotten Tomatoes as vehicles for criticism?

S: Rotten Tomatoes is interesting because it aggregates reviews, so it doesn’t present any kind of argument. There’s nothing in the Rotten Tomatoes raw score, or even the little quotes that they use on the site, that would really persuade you to see a movie or not. It’s just sort of an index of opinion. It’s like a poll. And that can be useful if you want to check in and say, “Oh okay, all of these critics and art people, they mostly liked it.” Whether or not that means you too will like it is another question. I think you can get a better sense of whether or not you think you’re going to like something if you read the work of a critic that you know and trust and tend to understand.

FM: Is there a universally panned movie that you have enjoyed more than other critics?

S: The most famous one in my career goes back some years to “Freddy Got Fingered,” which is one of the most reviled and hated movies that I can think of. I said it was a challenging and innovative work of art. It’s a movie directed by and starring Tom Green, who is still around but was a pretty popular MTV host in the late 90s and early 2000’s. He shows up in an Eminem song “The Real Slim Shady,” where it talks about him humping a dead moose on MTV. He made this movie that is fairly extreme, even by current standards of gross humor, but I thought it was conceptually and formally brilliant. So I wrote a fairly notorious rave of it, but every other review was like an F and a one star. There were critics who were claiming to have walked out because they couldn’t stand watching it. So there I was, fairly new at The New York Times, and I did have a moment of, “Oh my gosh, I’m going to get fired.” But nope.

FM: Has that film gained a cult following since it was released?

S: It has, and I believe I had something to do with it. A couple of years after the movie, people would make fun of the fact that I liked it. Now, every once in awhile, someone will come up on Twitter and pat me on the back, so the status of that review has slipped over time. It’s now not so much mocked, but held up as one of my better efforts.

FM: On the flipside, are there any universally praised movies that you very much disliked?

S: Yeah, I was not a big fan of “The Theory of Everything” or of Eddie Redmayne’s performance in it. I remember fairly early on, I panned “Wonder Boys,” and I panned “Erin Brockovich.” I stand by those. I had a lot of problems with “Son of Saul,” which recently won the Oscar for Best Foreign Language Film, and I wrote up a pretty hard criticism of it. When you pan movies like that, you get a lot of pushback, because those movies are extravagantly praised and represent a sort of seriousness of purpose and artistic ambition. People really don’t like it when critics come out against them.

FM: Right, I remember seeing Samuel L. Jackson tweet about your review for “The Avengers,” which he was not so happy about.

S: It was a valuable moment in a way, because it helped encourage me in the writing of this book. Usually with movie stars, you kind of leave them alone and don’t want to fight, but he did say that Avengers fans should go help find me a new job, one that I could actually do. And that kind of got me thinking about what a job is, how you actually do it, and that did accelerate the writing of this book.

FM: As a film critic, how would you say your role expands to criticism of the film industry?

S: Well, I think it’s important. I think it’s very important to understand where movies come from: who makes them, how they’re made. Every movie, however small, represents a rather large and complicated commercial enterprise in a way that a book doesn’t. You are confronted with the facts and artifacts of capitalism every time you are writing about a movie, and you cannot make that the whole subject of your criticism or the whole burden of every review, but you need to be aware of it, and sometimes you need to remind your viewers of it.

FM: What then do you think is the biggest issue in the film industry right now that should be addressed?

S: I think in the American film industry, there is no question that it is increasing diversity. #OscarsSoWhite was pointing out a very particular manifestation of a very broad, systemic problem, and I think the really shocking, dramatic exclusion of women and people of color from all aspects of the industry is the thing that the industry is going to have to deal with. That’s the big one, and I think some of us have been trying to call attention to that for a while. It’s definitely not going to end because the Oscars are over and Chris Rock made everyone laugh about it.