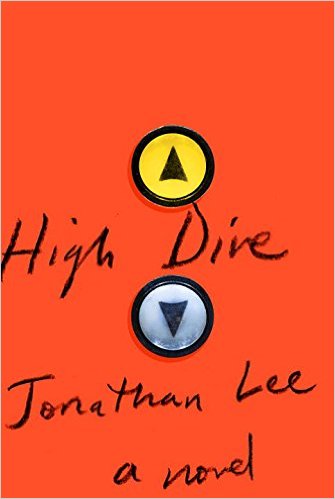 In 1984, the Irish Republican Army planted a long-delay time bomb in the Grand Hotel in Brighton, England in an attempt to assassinate Prime Minister Margaret Thatcher. Jonathan Lee tells the story of the weeks leading up to the bombing from the perspective of three fictional characters: Dan, Freya, and Moose. Dan is an Irish youth trying to make himself useful as he weathers the frustrating British presence in Ireland, while Freya and her father Moose work in the Grand Hotel and lead typical middle-class lives. “High Dive” uses these ordinary voices to poignantly illustrate the development of an uncommon event with historical consequences—the ultimate tragedy of the novel lying not in the political aftermath of the disaster but in the mundane lives that the episode destroys.

The novel opens with Dan’s initiation into the Irish Republican Army (IRA) six years prior to the bombing, making it clear from the start that in his life, survival is not taken for granted, and violence and death are not uncommon. Dan lives with his elderly mother, whom he does not let answer the home phone under the pretense that he needs the line for his work as an independent electrician, when in truth he is sparing her the knowledge of the threats they are receiving. The British occupation of Ireland leads Dan to lament, “What do you do when the people making the rules aren’t interested in fairness? When they choose who to protect based on religion, race, history?” Lee describes vivid events from Dan’s life leading up to his involvement in the bombing of the Grand Hotel, showing the anger and pain of the oppressed Irish and the violence suffered on both sides of the conflict.

In stark contrast to Dan’s world, Freya Finch lives by the beach and is spending the summer after her high school graduation working as a receptionist at the Grand Hotel, trying to figure out her future plans. As Lee masterfully transports the reader from the intense scene in Ireland to the sunny shores of Brighton, we see that Freya’s father, Moose, is the deputy manager of the Grand, working hard in preparation for Margaret Thatcher’s arrival in hopes of receiving a promotion so that he can provide for a better life for Freya. While Dan deceives his mother about the phone threats, Freya deceives her father about a boyfriend. The father and daughter lead lives more stable than Dan’s but are by no means wealthy, and the joys and troubles of all three characters prove to be relatable and endearing.

Lee writes with a touching understanding of youth. Although living in radically different situations, Freya and Dan nevertheless share many similarities. Both are uncertain about their futures and what their purpose in society might be. Furthermore, neither she nor Dan has particularly strong political convictions. Both youths are tentatively searching for their identities and building their personal opinions on bigger issues. Dan is forced to take a stand, immersing himself in the IRA because “[v]olunteering offered him a purpose. He nurtured it. He was reluctant to see the bulk and heft of his own opinions whittled down into something more subtle. He’d seen, among many other volunteers, that subtlety tended to sit side by side with doubt.” Freya, however, has more room for doubt, and she finds that she “hated this feeling, the sensation of trying and failing to get her arms around something big. The way political opinions seemed always to be expressed with a total sureness of tone. The way that sureness was at odds with every true thought she’d ever had.” Through her well-rounded portrayal of Dan and Freya, Lee takes care to offer a sympathetic representation of both sides of the terrorist act: Both Freya and Dan are ignorant in a way that is not a product of hate, but of the innocence—and even idealism—of youth.

Although the event that the novel is based on may seem complicated and dark, Lee describes it in a voice that is mostly light-hearted, engaging, and witty. The everyday happenings in the Grand Hotel are comedic. Moose recalls “the man six weeks ago who’d offered to pay extra for yellow bed sheets” and “The American steel magnate’s wife who’d wondered if Moose could ‘reduce the ocean noise.’” Freya Finch ponders at one point if, “in some distant language, her surname meant vomit or saucepan.” Lee’s writing is creative and filled with clever, surprising humor.

But the more beautiful and humorous the world Lee builds, the more painful the ending becomes, as that world eventually becomes ruined. Lee develops this tragedy by devoting a greater portion of the novel to Freya and Moose and their ordinary existences than to Dan: Their lives, though insignificant in the course of history, are filled with potential and dreams of the future. Lee builds their bantering family dynamic, making them lovable and real to the reader. As Marina, another member of the hotel staff points out, “[S]ometimes the before is more interesting than the after, no? Heading towards the impact. What is beautiful about a dive? It isn’t the splash, is it?” Perhaps the most moving line in the novel is delivered at the very end, as Moose surveys the aftermath of the bombing and helplessly realizes, “Someone had considered this fair.”

In a moment of meta-observation, Dan notes, “You choose the parts of the story to tell. It’s the only way you can make it yours.” The author’s voice seems to bleed through in this statement. Lee is clearly aware of the bias inherently present in accounts of historical events. “High Dive” tells the story of a political act of terrorism from the eyes of closely involved but unimportant people. Their worries are not grand or politically momentous but instead mostly revolve around the lives of their loved ones. Despite such modest intentions, they come to be part of a much larger effect—swept up inevitably in the greater plot of history.

—Staff writer Kay Xia can be reached at kay.xia@thecrimson.com