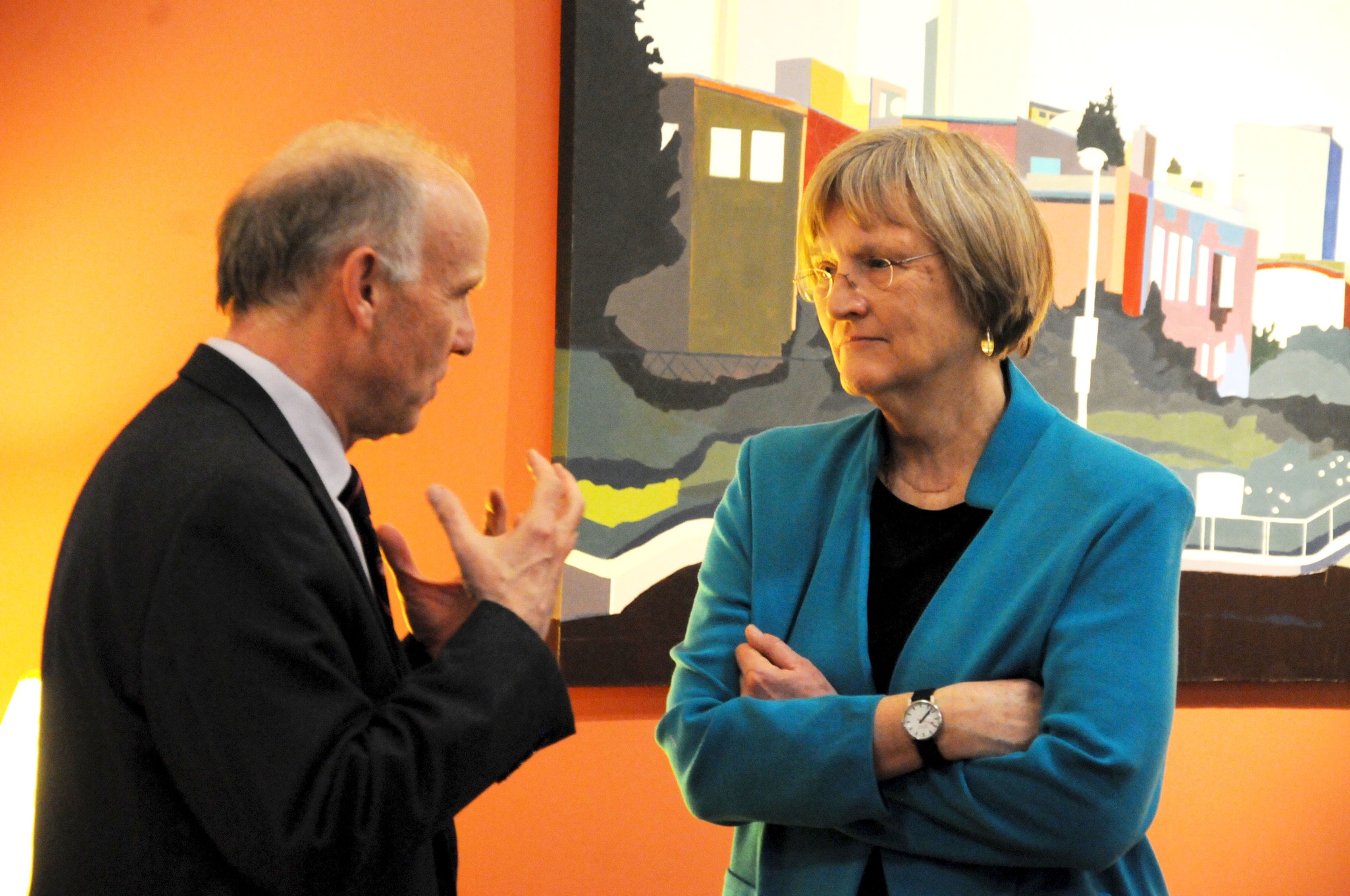 At a time when long-buried legacies of racism at Harvard have increasingly fueled campus discourse, University President Drew G. Faust will dedicate a memorial to slaves who worked at Harvard in the 18th century. 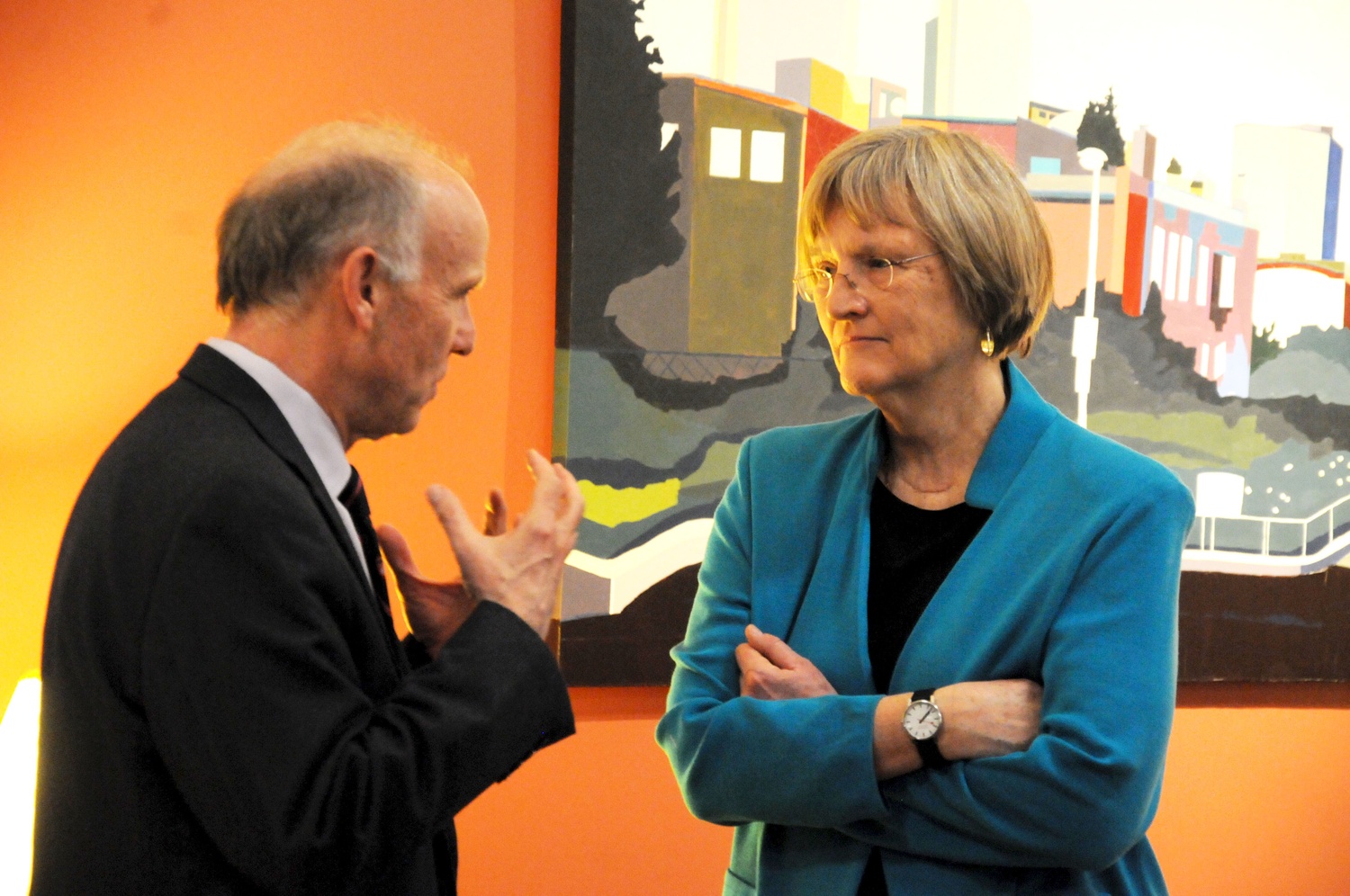 By Faith A. Jackson

Faust wrote an op-ed in The Crimson Wednesday announcing that she will undertake several initiatives to unearth and reflect on Harvard’s history of slavery. Next Wednesday, Faust wrote, she will dedicate a plaque on Wadsworth House—a yellow-paneled building on the Yard’s fringe—in honor of four slaves who lived and worked there nearly 300 years ago.

Faust wrote that she has convened a committee of Harvard faculty to propose other similar memorials on campus, and the Radcliffe Institute will host “a major conference on universities and slavery” next spring.

The plaque at Wadsworth will bear the names of Bilhah, Venus, Titus, and Juba, four enslaved people who labored in the house under Harvard’s early presidents. Congressman John R. Lewis of Georgia, a civil rights activist, will join Faust in installing the plaque on April 6.

“Until now, these laborers and their contributions, as well as the broader participation of people of color in early life at Harvard, have been all but invisible,” Faust wrote in her op-ed. “The plaque is the beginning of an effort to remember them and our shared history.”

Faust’s announcement comes as Harvard more broadly reconsiders a number of titles and symbols across the University because of their ties to slavery, drawing national media attention and debate. Harvard Law School will change its seal because of concerns about its associations with a former slaveholding family; the Harvard Corporation, the University’s highest governing body, approved the change earlier this month. This semester at the College, now-Faculty Deans retired their long-used “House Master” title because of perceived racial implications of the term “master.”

In her editorial—a rare action for Faust, who last published an op-ed in The Crimson in 2010 based on her Baccalaureate address that May—she ruminated on Harvard’s historical relationship to slavery. Though historians had long ignored the story of slavery in New England, the troubling truth must be understood, she wrote.

“Harvard was directly complicit in America’s system of racial bondage from the College’s earliest days in the 17th century until slavery in Massachusetts ended in 1783, and Harvard continued to be indirectly involved through extensive financial and other ties to the slave South up to the time of emancipation,” Faust writes. “This is our history and our legacy, one we must fully acknowledge and understand in order to truly move beyond the painful injustices at its core.”

Faust, a Civil War historian, has previously warned that renaming Harvard’s buildings en masse would amount to an improper negation of history. A number of buildings and streets around campus bear the names of slaveholding former Harvard presidents, including Benjamin Wadsworth, Edward Holyoke, and Increase Mather.

“The past never dies or disappears,” Faust wrote. “It continues to shape us in ways we should not try to erase or ignore.”

Faust’s is not the first effort to study and understand the legacy of slavery on Harvard’s campus. Sven Beckert, a history professor, published a book and website called “Harvard and Slavery” in 2011, the result of several years of research with undergraduate students.