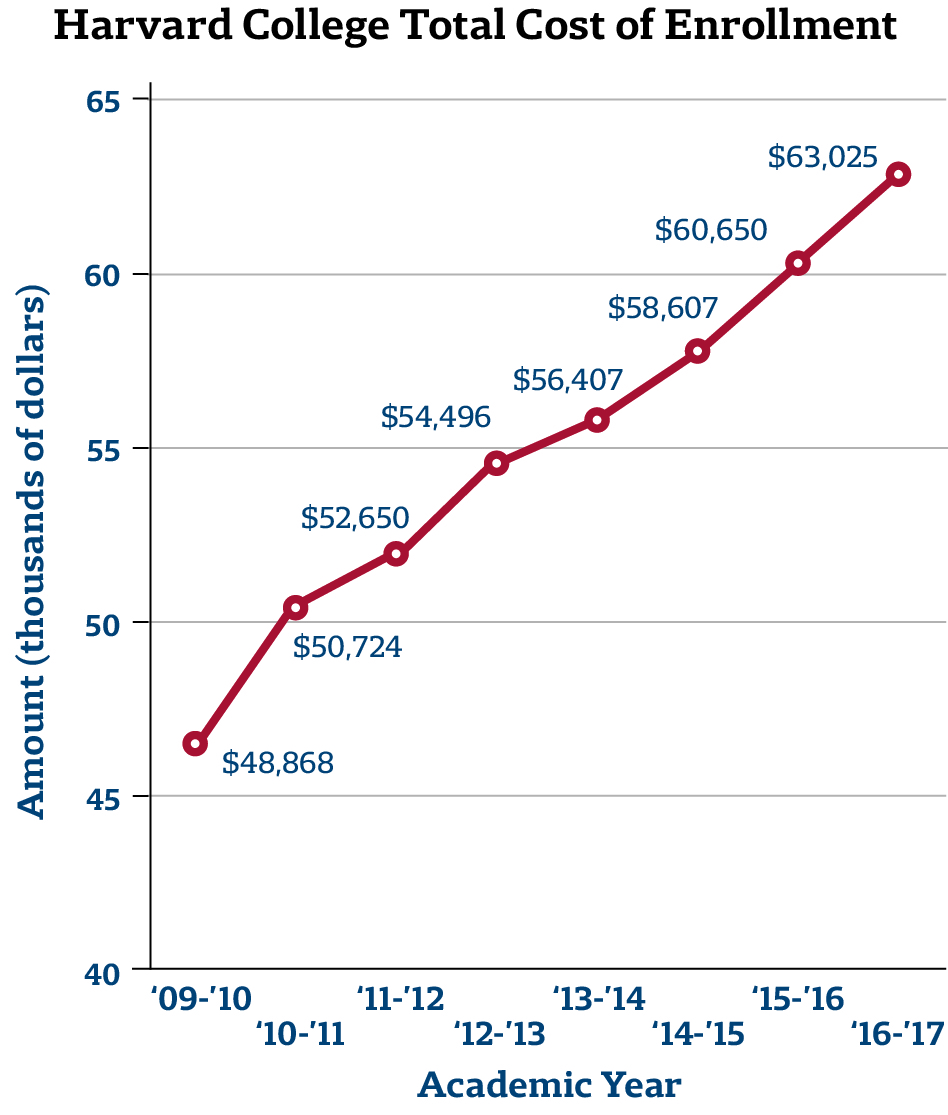 Starting next fall, incoming freshmen from some low-income families will be eligible for a yearly $2,000 “start-up” grant in addition to their existing financial aid. This announcement from college administrators Tuesday came with another one: tuition will increase 3.9 percent for the 2016-2017 academic year.

Undergraduates in the Class of 2020 from families with annual incomes up to $65,000, representing about 20 percent of the incoming class, will receive $1,000 at the beginning of each semester of their freshman year.

“We hope these grants will help students be able to engage fully in all that Harvard has to offer as they transition to college and as they plan for the most effective use of Harvard’s many academic resources during the school year and the summer,” University spokesperson Anna Cowenhoven said in a statement.

The grant is part of a three-year pilot program, so qualifying freshmen of the Class of 2021 and the Class of 2022 will also receive the grants. Afterwards, the College will assess the impacts of the program to determine whether or not it will be continued, according to Cowenhoven.

“We’re working to remove the financial barriers to education,” Griffin Director of Financial Aid Sally Donahue said in a press release. “We recruit students of talent and focus our financial aid on students who need it. We want every student to fully experience the life-changing adventure that is a Harvard College education.”

Harvard's spending on financial aid has increased over the past several years, according to the Griffin Financial Aid Office. In 2015, the College spent $170 million on financial aid, in comparison to $67 million in 2005.

Under Harvard’s Financial Aid Initiative, launched in 2004 by former University President Lawrence H. Summers, parents who earn $65,000 or less are not expected to contribute to their child’s tuition.

“When you’re a freshman and you come in, especially from a low-income background, it can be really overwhelming when your roommates or all your friends are eating out every day, or they’re spending money on going to events,” UC President Shaiba Rather ’17 said.

UC Vice President Daniel V. Banks ’17 agreed that the new grants could help alleviate some of the financial challenges that low-income students face.

“While getting into Harvard is need-blind, so few things on campus are,” Banks said. “Social life, and especially your adjustment as a freshman, are very often decided…by your socioeconomic background.”

UC Representative Evan M. Bonsall ’19, a first-generation student himself, said the grant would help fill in the gaps in the College’s existing financial aid program.

“[Students on financial aid] still have to pay for books. They still have to cover everyday living expenses, which are even more expensive. They have to cover travel, if they want to go back and see their family,” Bonsall said. “These are struggles that a large number of Harvard students experience every day.”

“I think this is a really great development. I wish that I had had a grant like this to help me out this year,” Bonsall added.

The announcement of the program also noted that the tuition for Harvard College undergraduates will increase 3.9 percent next academic year to $63,025, compared to $60,650 for the 2015-2016 academic year.

The new “start-up” grant comes at a time when college affordability has reached the forefront of national and University politics, as Democratic presidential candidate Bernie Sanders and likewise a ticket of Overseer candidates advocate for free college tuition.

Seventy-six percent of last year’s graduating class graduated debt free, according to the announcement. Though the Financial Aid Office’s website states that students “are not expected to take out loans” as part of their financial aid packets, 24 percent of graduating seniors last year did, with a median total amount of $10,900.