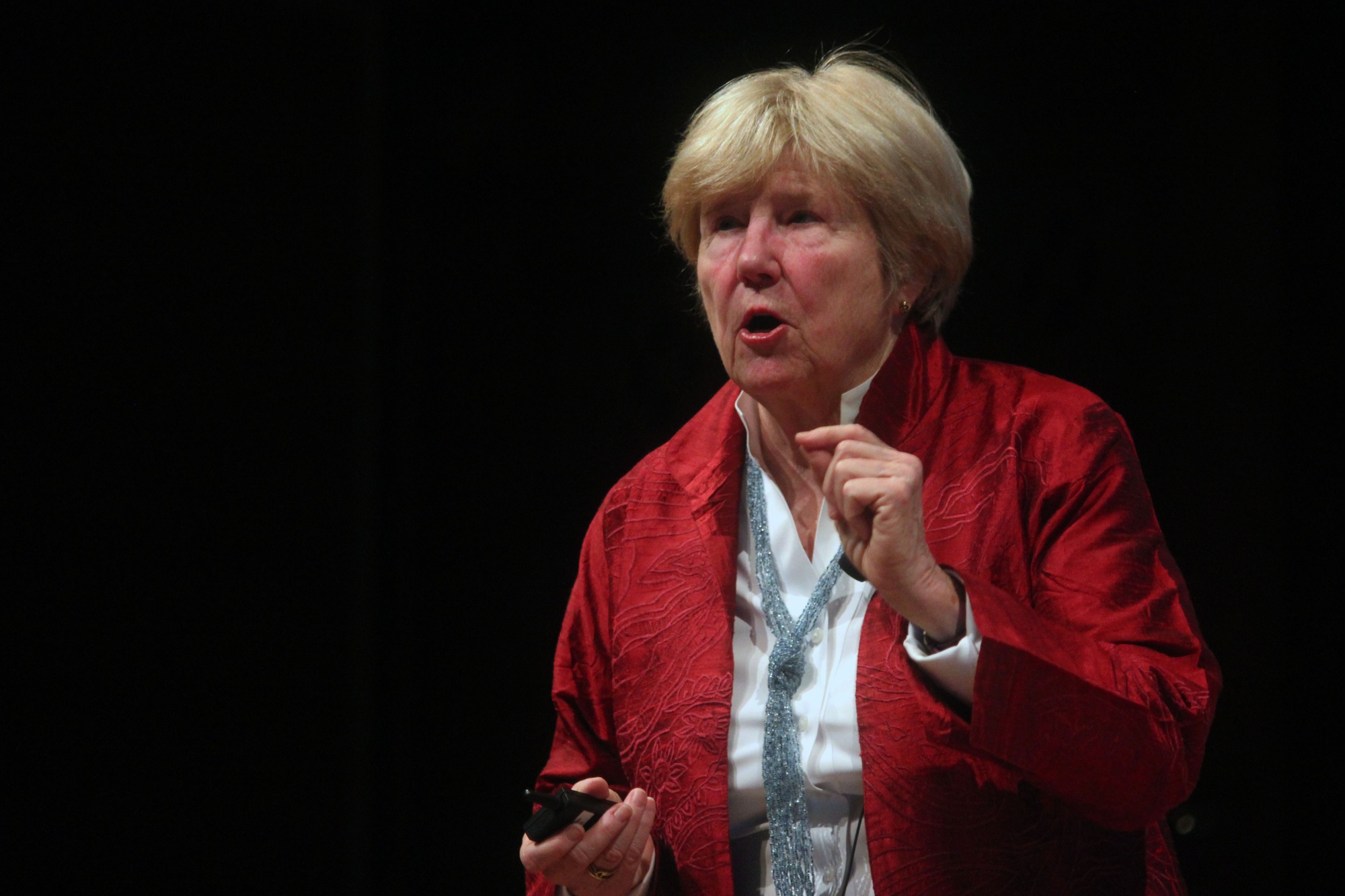 Senior Lecturer on Education Katherine Merseth addresses students on the importance of education in children’s lives and how Harvard students can contribute to today’s youth through education. The lecture was part of the 7th Annual Harvard Thinks Big speaker series hosted by the College Events Board and featured various professors speaking about education, social inequality, radical terrorism, and more.
By Jonathan G. Adler, Crimson Staff Writer

Members of the Faculty of Arts and Sciences are warming to the prospect of a secondary field in education studies, according to Katherine K. Merseth, a senior lecturer on Education at the Graduate School of Education.

An education secondary, which Merseth has worked to implement for more than a year, did not see initial success in gaining traction. But, Merseth said, FAS members are now renewing their interest in the field. 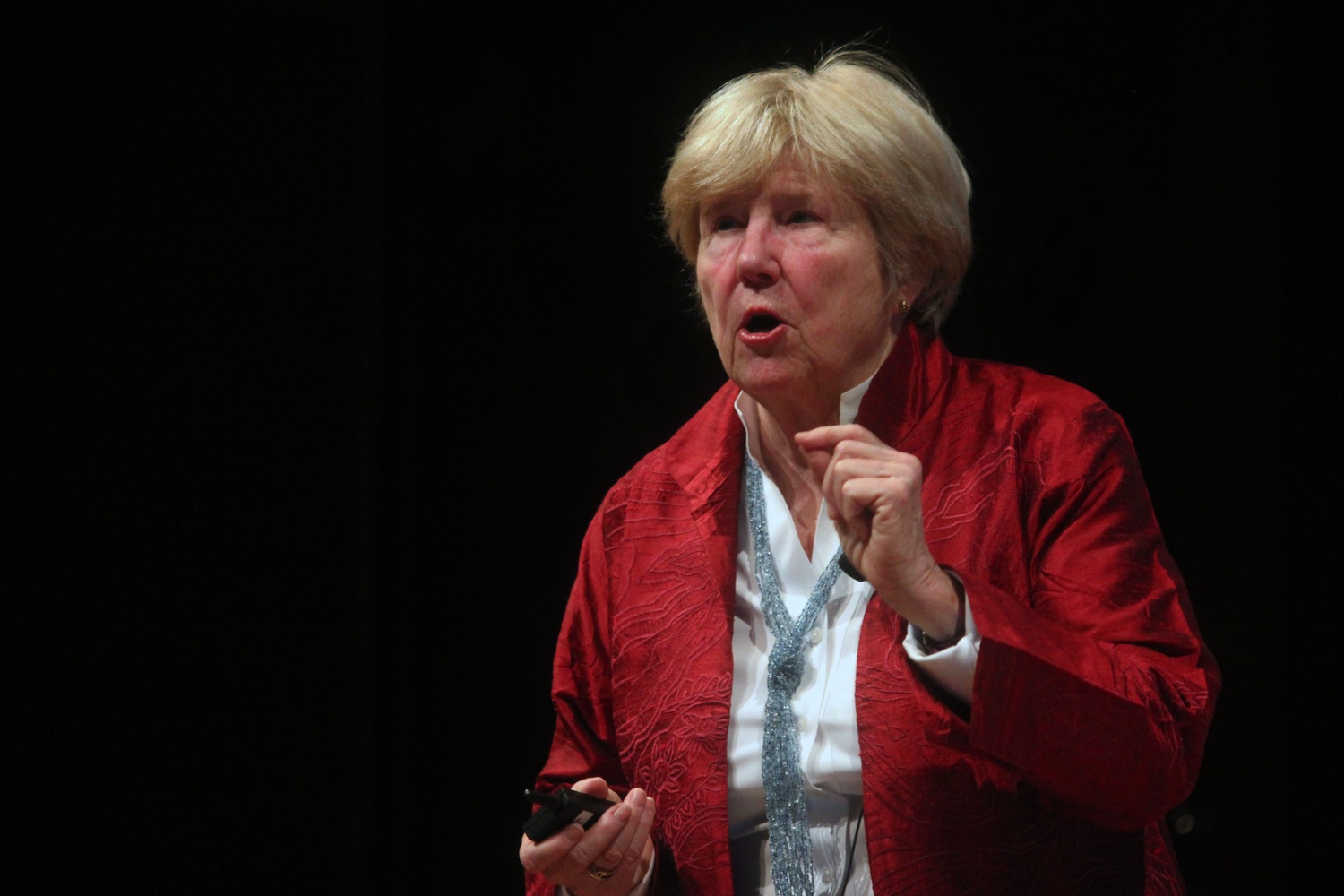 Katherine K. Merseth addresses students on the importance of education in children's lives and how Harvard students can contribute to today's youth through education By Lauren A. Sierra

“In part, the reaction we got back from FAS was that it’s an FAS program; we need people in FAS to lead it,” Merseth said. “I understand their concern, and it’s sort of lain dormant for about a year, but now we’re back on track with support from FAS faculty, which was what was essential that we show.”

James T. Kloppenberg, a History professor and chair of the committee administering the Social Studies concentration, said he supports the secondary field. Kloppenberg said there is a strong desire among students and faculty members for a well-defined interdisciplinary field in the study of education.

“The questions of how people learn and how schools are organized are important to scholars in psychology, sociology, government, economics, literature, and history,” Kloppenberg wrote in an email. “Giving students a chance to augment their concentrations with a cluster of courses devoted the study of education makes perfect sense to me.”

Both Kloppenberg and Merseth noted that some criticize the proposed field for potentially being pre-professional and contrary to the ideals of a liberal arts education. But both dismissed that idea as a common misconception.

“I know there are people who misunderstand ‘education’ to mean ‘teacher training’ and think that at, as such, it has no place in a liberal arts college,” Kloppenberg wrote. “I think that’s an error.”

Claudia Goldin, an economics professor who supports the proposed secondary in education, said the field would be a study of education as an institution, not a training program for would-be teachers.

“In my own department, there’s an enormous latent demand for a field that we would call ‘education,’ even though it is not a field about instruction or pedagogy or heuristics,” Goldin said. “It’s about the field of learning, the field of the diffusion and creation of knowledge.”

Merseth’s popular Gen Ed course United States in the World 35: “Dilemmas of Equity and Excellence in American K-12 Education”—for which almost 500 students lotteried this semester—helps students study education’s place in society, Merseth said. The proposed secondary could do something similar, she added.

“Students often are so narrowly tracked to get here that they really haven’t stopped to think about education as a broader subject that can be studied,” Merseth said. “What I want you to become aware of is that education, like government, like health, are things that are public goods, that are available to everyone, and permeate society.”

According to Kloppenberg, the next step for the creation of the secondary would be a recommendation from the Undergraduate Educational Policy Committee, followed by a Faculty vote.

Jennifer L. Hochschild, a professor of government and of African and African American Studies supportive of the secondary field, said she was hopeful that the proposal would move forward.