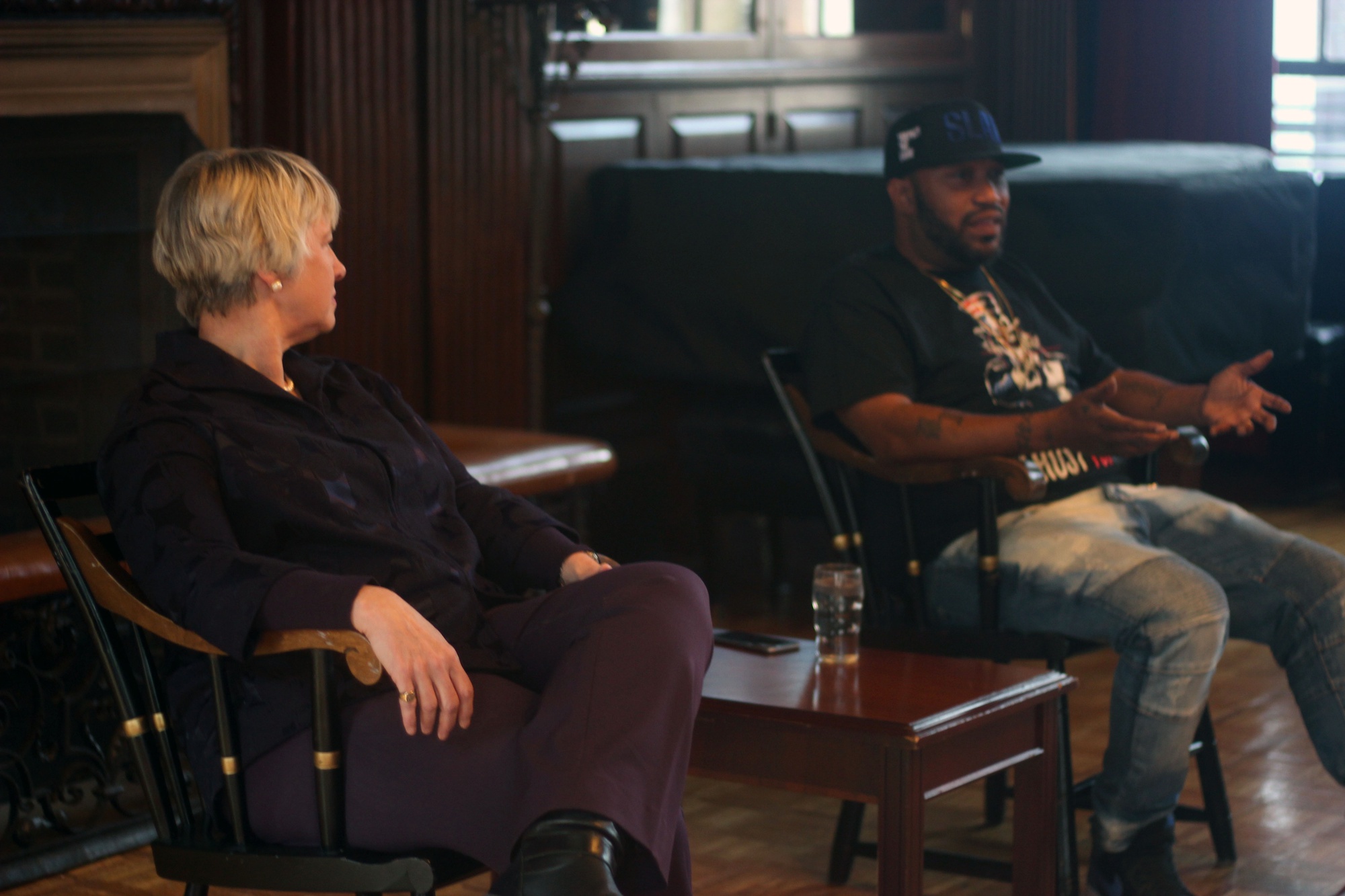 Seminal rapper Bun B, half of Houston duo UGK and solo artist, shares his experiences covering the 2016 elections for Vice alongside IOP Fellow and former Mayor of Houston Annise Parker.
By Nikitha B. Reddy, Contributing Writer

Rapper and Vice News correspondent Bernard ‘Bun B’ Freeman criticized the rhetoric of this year’s presidential election at a talk with Institute of Politics Fellow and former Houston mayor Annise Parker on Tuesday.

Sponsored by the IOP Fellows Program, the Harvard Black Students Association, and Conversations with Kirkland, the event focused on Freeman’s role in the fields of music and politics. 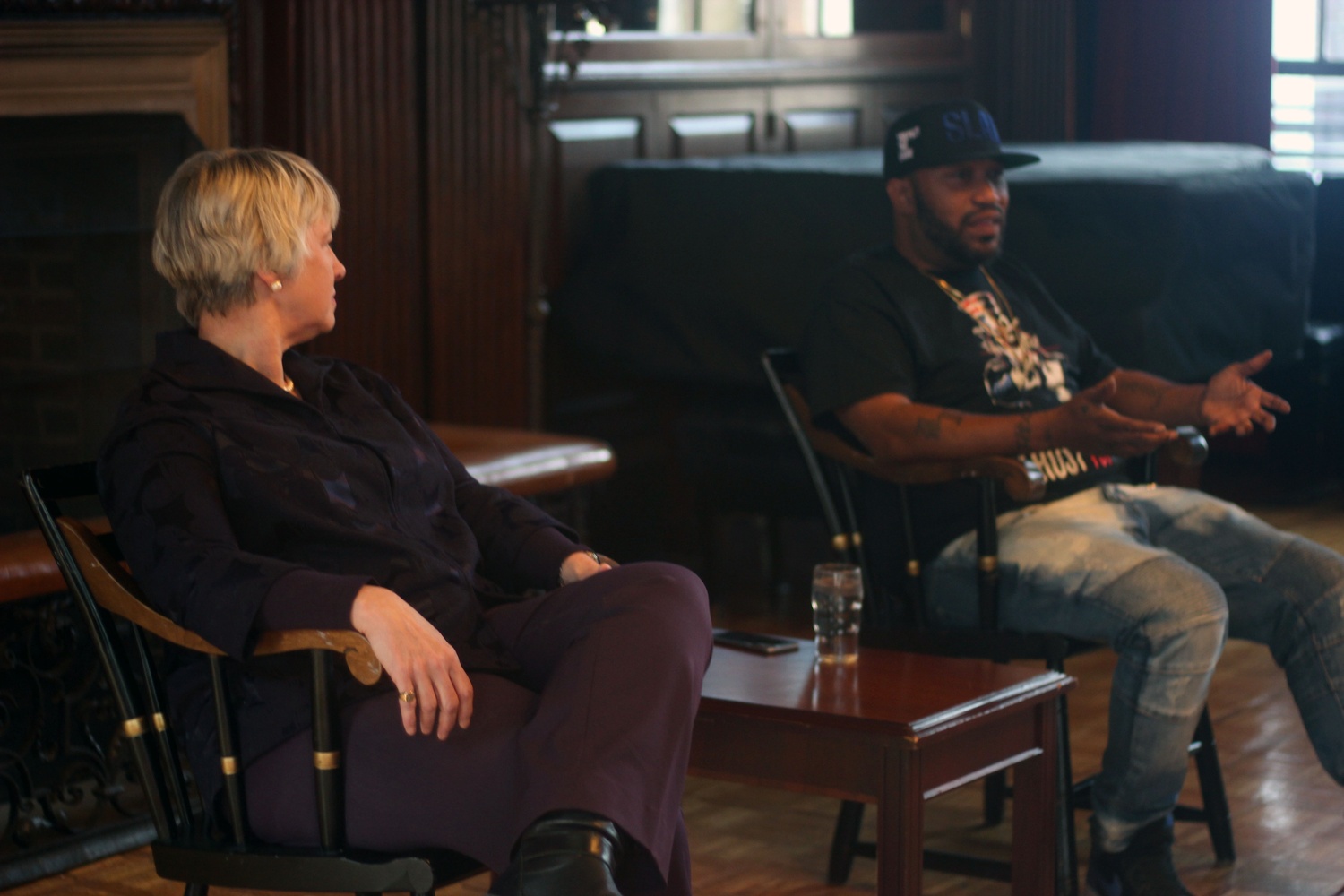 Seminal rapper Bun B, half of Houston duo UGK and solo artist, shares his experiences covering the 2016 elections for Vice alongside IOP Fellow and former Mayor of Houston Annise Parker. By Lauren A. Sierra

Freeman called the rhetoric used in this year’s presidential election divisive, adding that his experience on the campaign trail has made him realize the potential emotional impact of political language.

“It’s very hard to go into these places and see this type of rhetoric being spewed,” he said. “It’s even harder to do it as a human being. The first thing I realized when I started this was that it was not going to be fun.”

He also emphasized the importance of civic engagement. Freeman said while the majority of Texas is liberal, low civic engagement has led to a conservative voting population. He said the problem stems from an overemphasis on voter turnout in presidential elections.

In addition to politics, Freeman also shared his thoughts on the current state of hip-hop music. specifically discussing the spiritual role music can play in people’s lives.

The rapper also encouraged leaders of the hip-hop industry to be more inclusive of artists who may not fit traditional standards in that musical genre.

“How can we tell people they belong when they’re doing it better than we are?" he said.

Justin D. Porter ’17, a self-described fan of UGK, the duo of which Freeman is a member, said he appreciated the opportunity to hear Freeman speak about his experience covering the presidential campaigns.

“For him to be speaking about the presidential election with the mayor of Houston at such a pivotal moment in our nation’s history, for him to be discussing exactly what he’s observed from a first-hand experience… it’s amazing all the way around,” he said.

Amrita Vir, a student at the Harvard Kennedy School and the Harvard Business School, praised Freeman's conversation at Harvard.

“When you think of Harvard, Bun B isn’t what you think of as like the typical speaker here,” she said. “And I think it just goes to show what a dynamic, unique place this is where we can have speakers like this sitting in Kirkland House.”